All About The Greenery

I awoke at 4:30 am with no husband yet home.  I called him to find out he was on his way home, arriving 10 minutes later.  I sometimes feel strange when I wake up to find him not there .... it almost feels unnerving at times.  Strange.

It was pretty much a day about puppies.  The couple, and their little girl, who had chosen the now named Jorga, came to visit her this morning.  They fell in love with her in person, however only being 3 weeks old they still could not have a turn each at holding her.  Next visit.  Even though in love with her, they were amused by all the puppies.

Later this afternoon more people arrived to see the puppies.  No decision has been made if they would like one of the 3 available or not, however they were very amused also by the puppies antics.  They also were able to meet Mama, Lexus, and Daddy, Buddy, who they also enjoyed meeting.  Buddy was all in for belly rubs.

Yes today was all about the greenery.  Rob had fixed the belt on our Dear John Lawn Tractor, with the lawns had been in dire need of being cut by the time today had rolled around.  While I cut lawns Rob was kept very busy with the whipper snipper doing all the trimming which is equally time consuming.

The lawns always look so nice after first being cut with the dandelions heads all cut off ... green green green. 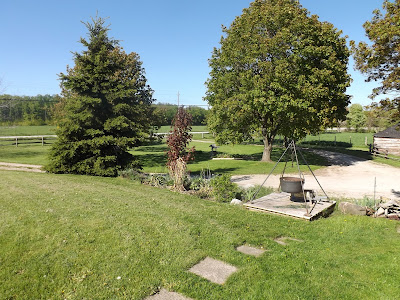 The Vegetable Garden has been ploughed and cultivated, just waiting for the rototiller to be ran through it a few times yet before planting happens.  Just as well with the heavy frost we have had the past couple of mornings, as I would not have been happy if I would have been out covering plants. 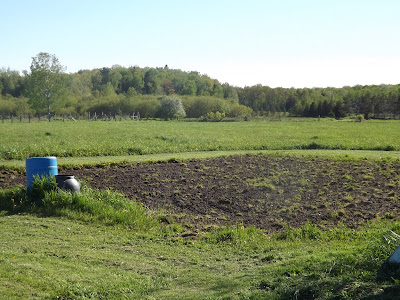 The Bachelor Buttons made their first appearance today. 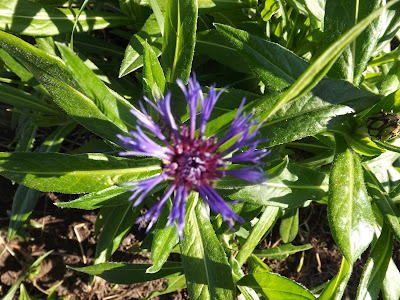 The Solomon`s Seal has been out for the past couple days..  It is so Heritage and graceful. 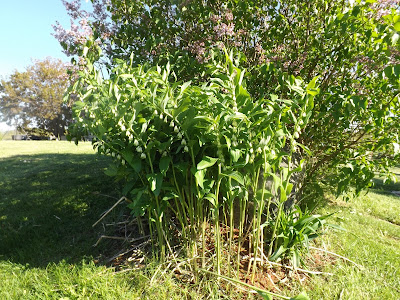 Friends had an a Fish Fry last night, one of probably at least 4 or 5 they host every year.  Rob received a phone call from them late last evening telling him to swing by as they had something for him.


Dinner tonight was White Fish thanks to friends.  Re-heated for 20 minutes was not too bad, although the batter has lost its crispness the fish was very good. 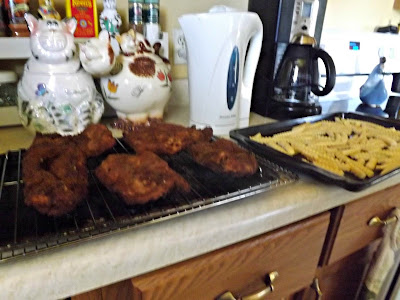 Busy with puppies and over two hours spent cutting lawn, I am tired and full after such a good feed of Whitefish.  Needless to say nothing on the inside of the house was accomplished today as outside work took precedence, however a load of laundry did get washed and hung out on the line.

A cool day, but most pleasant to be doing work outside, Just North of Wiarton & South of the Checkerboard.
Posted by Cindy@NorthofWiarton at 5/26/2013 07:11:00 pm