It will be a quiet Easter for Rob and myself this Year.  We had been down to see the grandchildren a couple of weeks ago and given them Easter treats from us then.

The Sun is out in full force so far this morning, but not yet sure what the day ahead will bring for Rob & I.  I am hoping my friend, Sharon, and I will get out for our walk, and maybe Sunday Easter drive might be the order of the day.

Our BBQ isn't hooked up yet since we had a new propane provider install propane tanks, however I am certain I will have good success cooking the steaks I had taken out of the freezer, under the broiler in the oven.  Fresh asparagus, broiled steak, and baked potato for our Easter Dinner.

This past week I enjoyed another birthday, last Friday, and also was up to a photo challenge given to me by a couple of Facebook friends.  The challenge was to post 7 days of nature photos.

These are three of the photos I had taken over the past couple of years which I had posted for the challenge.  I particularly liked the photo of the Goose I had taken. 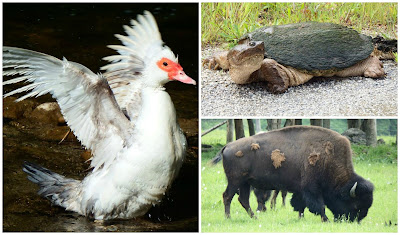 The 7th day of the challenge I had posted this amazing photo my Rob had taken the morning after the ice storm we had this past Thursday evening.  He really caught the glory of the ice and sunshine, did he not? 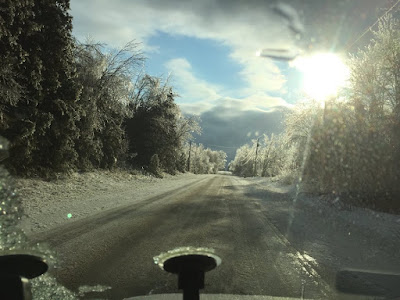 I had a couple of pretty bad days this past week, however made it though them to be feeling actually pretty good so far this day.

Hoping everyone is enjoying their Easter Sunday, and that the sunshine is shining down on you wherever you might be.

Oh yes, the "Terrific Three" puppies are all doing well.  Their eyes have recently just opened, so you know "trouble" will surely follow.  Portia is doing well, and Bandit ..... 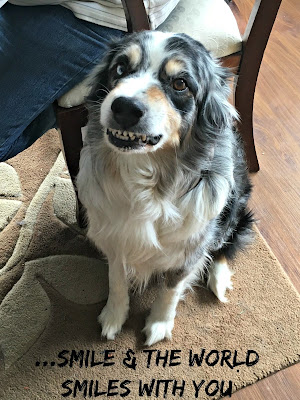 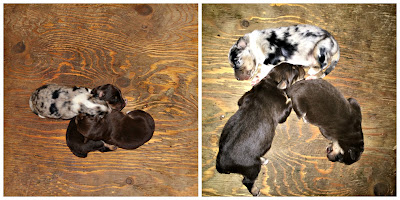 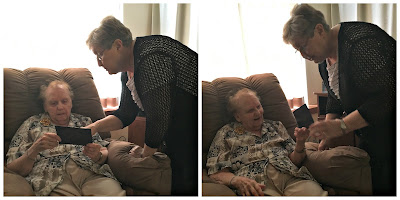 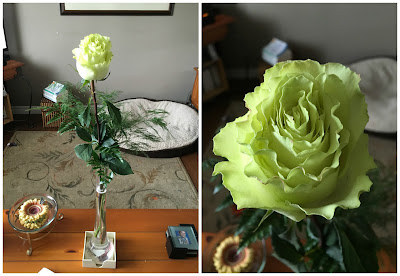 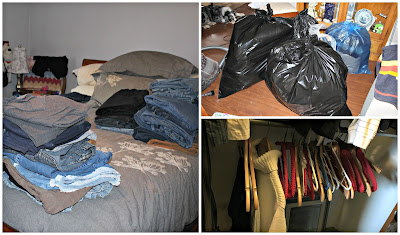 Today has not been too bad of a day as I did manage to get a few things done, as some days I find it to be difficult getting things done.


As anyone can tell by these photos it is clear that the help I have around here just "ain't cut out" to what it should be ..... 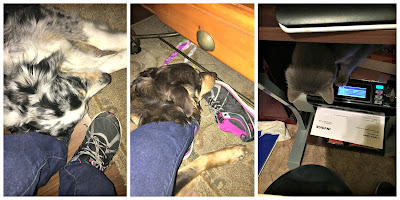 This morning I went for a walk with my friend, Sharon, nice and early about 10 am..  I thought maybe out walking so early I would be tired to get anything else done, but I surprised myself.

Sunday we had been down to the Southampton Market, as I had decided we needed to replace our kitchen cabinet handles as the old brass ones had seen their day.  Rob had started replacing them yesterday so I took it upon myself to change a couple today.  What do you think? much better then the old brass ones? 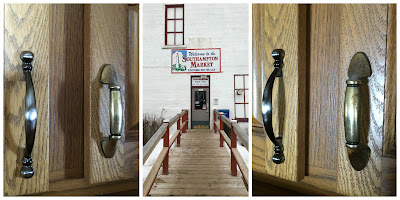 It sure isn't cheap to upgrade anything now a days.  For each handle it was a cost of $3.95.  We had needed 32 of them.  I have yet to decide whether or not we should change up the hinges or not.  Time will tell once I discuss it with Rob.

I started going through some of the loose recipes I have managed to acquire over the years.  I ended up getting too overwhelmed and stuck them all into a cupboard.  Clearly this will have to be left for a day I have more patience and less other more important stuff to do.  I am undecided whether or not just to get rid of most of my recipes, and just "google" from the computer when I need something, or to organize and keep all my old recipes.  Decisions, decisions ...... there are some days I just hate making decisions, how about you?

One thing this week I had no problem making a decision about was watching The Voice !!!  a new episode began Monday night much to my delight.  If only all my decisions were so easy to make.

I had a friend give me a Facebook challenge last week to post a daily Nature photo for 7 days.  I usually "jump" at such a challenge, but to be quite honest I am still not back to "myself", and haven't stepped up to the plate for the challenge as of yet.  Yes I can not believe I have barely had my new camera in hand.  I hope this changes soon, as much as I hope I start feeling more better.

Portia is due to have her litter of pups (hopefully not just one this time around) on the 9th of this Month.  I have to get some ambition up real soon and get the whelping pen down in the basement cleaned up and ready for her.  This better be happening in the next day or two, or "Houston we are going to have a problem".

I am a little more excited about this upcoming litter then the last litter we had.  This must be a sign I am improving somewhat.  This is a good thing.

I hear the weather is suppose to see double digit figures next week ????  this will be nice considering this last dump of snow we just had.  This Winter has been quite the roller coaster with temperatures, has it not?  I am actually thinking I will be well enough to consider my flower beds this Summer, so that in itself is pretty exciting, with me hoping the temperatures hold true then.

I am over my "break" now, thinking it might be a good plan to get back to some more puttering in my kitchen with this and that while the mood is still present ..... we have to talk ourselves into these moods some days do we not?  The next "big" chore I want to get at is the linen closet and the cupboards in the bathroom ..... YIKES ! I know I should be scared, but yes somebody has to do the dirty work, and I am beginning to realize my name has been attached to it.