What I Wish Family & Friends Knew About Bi-Polar

I subscribe to an online BP (Bi-Polar) Magazine.  For those who are also interested in this Magazine may find it by *clicking* HERE to subscribe to it, or just check it out.

I receive their newsletters via my email.  On particular article which was really "on spot" with me was the following:

Unless you have walked a mile in my shoes, there’s no way you will ever be able to understand what it’s like to have bipolar. 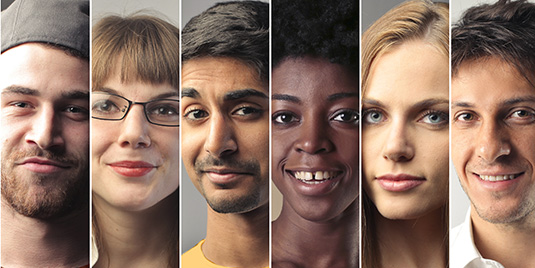 I don’t know a single person with bipolar disorder who doesn’t have that one friend or family member who just doesn’t get it. They either have no idea about mental illnesses in general or believe they are something you can “fix.”
For me, it’s more than frustrating; it’s downright cruel. You would think your family and friends would be there to support you. Unfortunately, you get the usual confusion and apathy. Or you get the anger.
Here are three basic premises that I wish they knew:

You can’t understand my bipolar and you never will.

I’m sorry this sounds harsh, but it’s 100 percent true. Unless you have walked a mile in my shoes, there is no way you will ever be able to understand. My depressions are so dark and morbid that they drain me of all my energy. The thought of taking a shower or even just getting out of bed is overwhelming. Depending on how low I get, I honestly contemplate suicide because I can’t bear to go on like this. My manias are so wild and unpredictable that irritability and insomnia cause major health issues. Sure, it’s nice to have more energy—but not when I can’t control my actions. Overspending and grandiosity can get me into major trouble in my financial and social life.
Bipolar depression and mania are far more extreme levels of emotions than you have ever experienced or can even conceive of. Trust me when I say you don’t—you can’t—understand. So don’t even try. Just be there.

When I’m manic or depressed, that’s not the real me.

Everything is amplified when I’m in the middle of an episode, so it’s much easier for me to say or do things that I wouldn’t if I were well. This doesn’t by any means excuse anything—bipolar is an explanation but not an excuse. A lot of outside stimuli are attacking my senses, and it’s hard for me to hold back the things I feel compelled to say and do. The fact is, my bipolar affects my ability to react “normally” to the world around me.
The last thing I need is anger and criticism while I’m trying to deal with my symptoms the best way I know how. My personal catchphrase is, “Don’t be ashamed of your actions; learn from them and grow.”

Your coping skills won’t “fix” me.

While there are plenty of good tips out there for living a well-balanced life, like doing yoga or eating healthy, they do very little if anything to help when you are deep in the throes of depression or mania. Logic and reason go out the window. I fully believe in cognitive behavioral therapy (CBT) and dialectical behavioral therapy (DBT) as useful tools to help manage bipolar disorder, but these will not cure it. They just won’t. So for someone to tell you that you just need to do this one thing (practice the Tree pose, boost your omega-3s) and you won’t be depressed or manic anymore is absurd and irresponsible. It perpetuates the stigma that this is “all in your head” and you should be able to “just get over it.”
Here’s the bottom line: My brain doesn’t function the same as everyone else’s, regardless of public opinion. But that doesn’t mean I am weak. In fact, it means I am much stronger than you think. It takes monumental courage and strength to live life battling bipolar. Every moment I continue breathing, I am winning this fight.
And I will never stop fighting. Having my friends and family stick by my side gives me hope that I can manage whatever happens. Through their strength, I know I have a reason to keep on going.
If they only knew how much their support means to me.

Printed as “What I wish family and friends knew about bipolar”, Winter 2017

​Jess Melancholia is a bipolar blogger who resides in San Diego, California with her husband and cat. All throughout college, she struggled with depression and anxiety. She found it extremely difficult to balance school, work, and singing in her university gospel choir. This pattern continued after graduation for years with short intervals of hypomania scattered in between. Only when her father, a Navy veteran, was diagnosed with PTSD and Major Depression did she look into her own mental health. In May of 2014, she was diagnosed with Bipolar Disorder 2. She experienced her first major manic episode in January 2015. For 9 months, her mania kept increasing and was left unnoticed and untreated. During this time, she struggled with hypersexuality. When her mania subsided, she crashed into a severe depression and became suicidal. It was after this that she did intensive outpatient therapy and started to blog about her struggles with bipolar disorder. Since coming to terms with her illness, she has found the strength to take charge of her health and be more proactive in managing her triggers. Nowadays, through medication and a strong support system, she works tirelessly to live a “normal” life and keep her manic and depressive episodes under control. Her hobbies include playing horror video games and wine tasting. Her daytime profession is a molecular biologist at a biotechnology company. She writes for The Huffington Post and The International Bipolar Foundation. She also writes about her personal journey on her blog The Bipolar Compass at bipolarcompass.com.
Lots of great articles at the above link for those who would benefit, or just for those who also have a family member with a Bi-polar disorder who could also benefit from learning more about the disorder itself.  I am hoping I will also soon be able to blog about my experiences living with Bi-Polar 1.  Heavy on the "hoping", since I have to FEEL it not just blog about it.

On another note, Rob and I had tore apart our kitchen the other day so Rob could paint it a really nice "light" colour from the dark "mustard" colour it had been.  We choose Seasame Street's "Cookies & Milk".  Hopefully I will find the time and energy tomorrow to blog about it, or maybe the next day.

By embracing pain, fear, and challenges with gratitude, I discover the real value and meaning of my Life...... I am so grateful to be Alive. 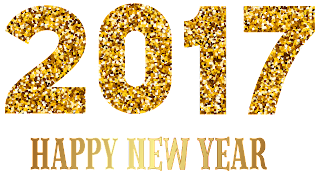