I Could NOT Believe It !

"Our morning began around the 7 am hour with the usual outdoor activities, with a "sniff" here,  and a "sniff" there, among other goings on." 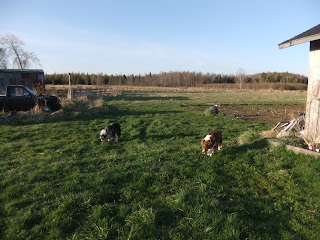 "Then upon entering back into the house, Lexus was a little frazzled while chewing at her legs and paws.  I took a good half hour of giving her relief by removing the nasty burrs which had embedded themselves in her fur.  I HATE burrs !  Bandit & Lexus know to come to me when they find themselves caught up with them, both patiently sitting while I take the time to remove them.  What a job this can be at times !" 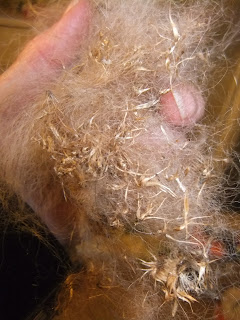 My "Crabby Cabbie" arose just after 10 AM this morning, as we had to drop off his Crabby Cabbie vehicle for an oil change, then meet up with a chap down Parkhead way, before heading over to Owen Sound to pickup up ..... "I couldn't Believe".... 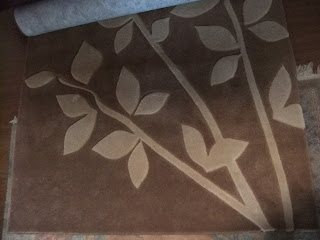 "Rob had taken the back roads over to Owen Sound, so I got to take in a bit of the scenery along the way." 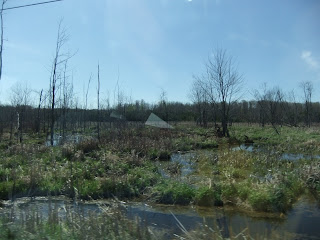 We arrived back home just after the Noon hour to where "I Could NOT Believe" ....

".... that this totally awesome front-end loader was in our lane way !" 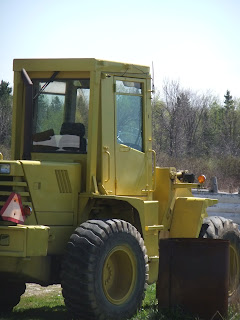 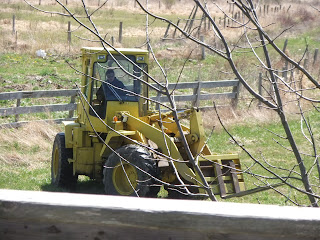 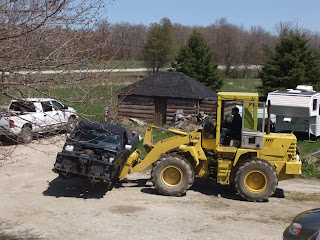 "Good riddance "scrappy" truck, you were the best in your day!" 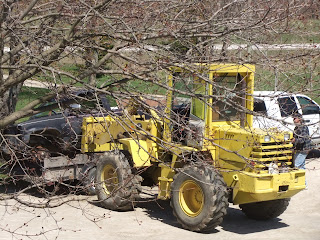 We had a young chap drop in on us yesterday, asking Rob if he had any scrap we needed removed.  Well, "I Could NOT Believe" my Good Luck this happened, something I had wanted done for some time now !!!  LOL, in all fairness to Rob, he was going to "get round to it" someday, but with time being quite the commodity around here, you know? with there never being enough of it to go around !

Our Dinner was pretty easy today, with Crockpot Chicken leftovers served over a bed of rice.  Just before Dinner, we had some friends drop on by with their children to see the "Spectacular Six".  Unfortunately, they could not hold any of the puppies until the puppies are a bit older ....

"Still they were admired from looking down into the whelping pen." 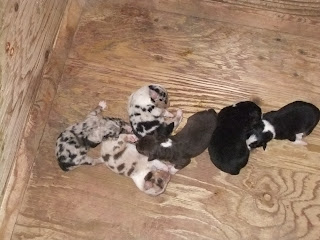 "Imagine, not barely 4 days old, and it almost appears they are wrestling with each other already?  The Red-Tri Male takes out the Blue Merle Girl !" 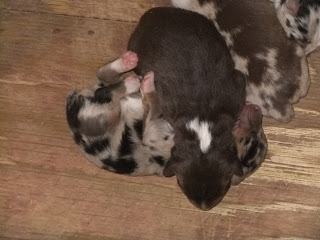 Once the dust settled, we had to make a quickie trip over Southampton way ..... 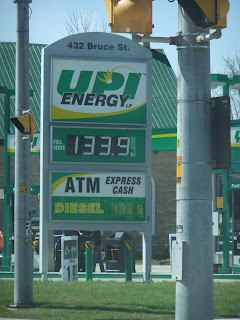 "I am wondering if Rob and I were a little hasty in our decision of re-homing our horses last Fall?" 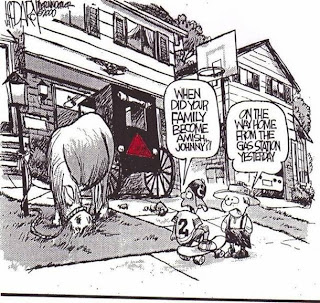 LOL, thanks to Rob's first Cousin, Joyce, for sending me this "comic" via email.  I LOVE it !

"Southampton is pretty quiet on a late Sunday afternoon.  I am sure it was a lot quieter then this when I was a young girl growing up here." 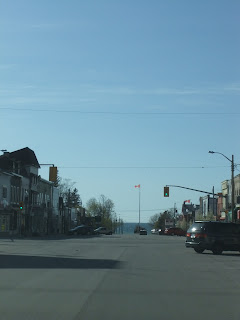 "The Saugeen River from the bridge, just up from the Mouth of the River, where a "spec" depicts a lone fisherman out in his boat." 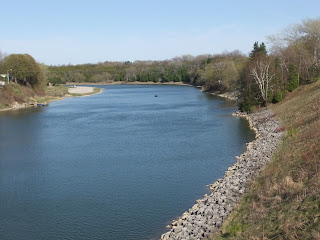 Finally we ended our day by arriving back home for the second time today.

"The girls, Lexus and Mercedes, got to have a little play time together before we called it a day.  Bandit stayed clear from the two of them, much preferring "not to be bothered" !" 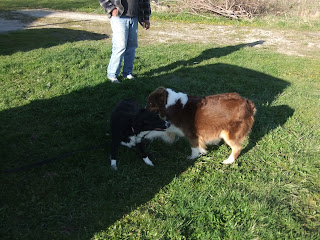 It has been a long day for both Rob and myself, with me not getting anything I had planned to get done  here, but then again tomorrow is another day, "Just North of Wiarton & South of the Checkerboard".
Posted by Cindy@NorthofWiarton at 4/22/2012 07:52:00 pm