Our most usual morning activities got underway at the early hour of 5:30 am today.  After my "fix" of Timmies Double Cream coffee my "Crabby Cabbie" had brought home for me, I took advantage of being up so early by catching up on most of the emails/Facebook correspondences I had received yesterday.  Very time consuming some days, this is why I ask people emailing me to please be "selective" on what they email me in way of "jokes" and "funnies", as I just do not have time for them.

I also got caught up on on a couple of phone calls, one which was with our Grandson, Aiden.  He was totally excited when he learned Lexus had puppies again.  I told him I would email him puppy pictures, however he also wanted me to send along pictures of Bandit, Lexus and Mercedes as well, since he "had not seen them in some time and could maybe have forgotten what they looked like".  LOL ... I love our grandboys !

Rob had to arise by 9:00 am this morning, even though he hadn't gotten in until 4:00 am, as we had an appointment with Al Hopkins of Sign Quest.  It was a very important appointment, as today was the day  ....


"New logos were being installed on the "Crabby Cabbie's" vehicle." 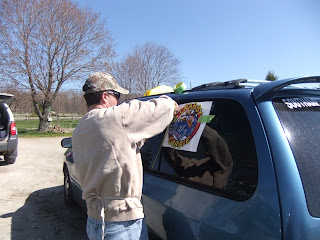 "As the "Crabby Cabby" himself looks on." 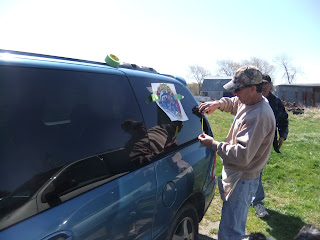 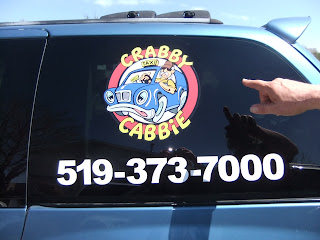 I am so very proud of my husband, as he is the very best "Crabby Cabbie" guy I will ever know in my lifetime.  We have taken a step out in Faith with a New Beginning and Chapter in our Lives together.

There has been quite a bit background preparation leading up to this day arriving, along with a few laughs, mixed in with a little bit lots of stress at times, a few "I am sorrys" thrown in, and lots of "I love You's".  I am confident, we will make a great Team on our new life choice, as remember there is always a "NOT SO CRABBY WIFE, BEHIND HER "CRABBY CABBIE" HUSBAND".  LOL

Congratdulatons my Dear Rob, if anyone will work it and make it work, it will be you !!!

Rob and I would like to acknowledge the support and encouragement we have received up to this point from our Family and Friends.  We look forward to it continuing, as I am sure we will still need all we can get along the way on our "Crabby Cabbie" journey.

Once our meeting with Al was finished with the logo installed, Rob and I made a mini road trip over by Cobble Beach, on Georgian Bay, just outside of the Owen Sound area.


"Is it not beautiful overlooking Georgian Bay?" 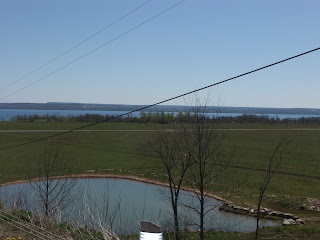 "Here is Rob with my friend, Diane, who has so graciously given her no longer required "treadmill" up for my sister, Donna." 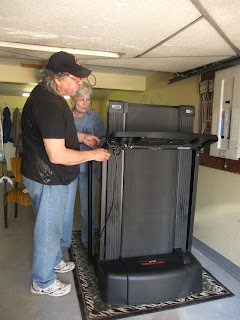 "I was so laughing here, as I had realized Diane had picked up "my" camera and was taking my picture .... lol." 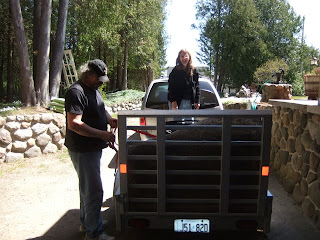 "Since Diane's home is on "rock", she has this arrangement for a plant and vine she acquired from "someone" she has known over the past year.  LOL." 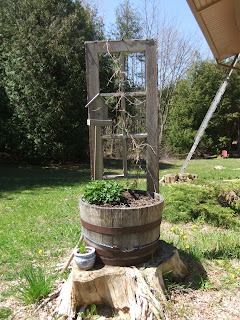 "We took our leave to make our way back home, but not before Diane made sure we had a snack to take along of Homemade Peanut Butter cookies she had made.  Oh and my Dear Rob complained since he thought I got the two biggest ones !" 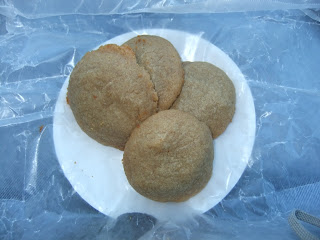 We almost made it back into Wiarton, but before we did we happened along .... 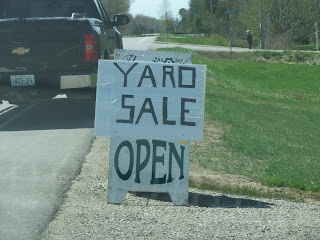 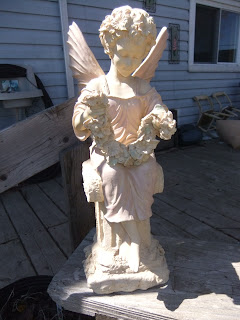 "And a little "Crackle" stand for our newly redone spare bedroom.  The colour matched up perfect!" 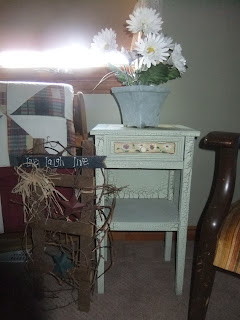 I really wish I could say we were able to call it a day at this point, but "nope" that wasn't happening.


"Rob had to tarp this and put it under cover for when it gets picked up some year day, hopefully not too far off." 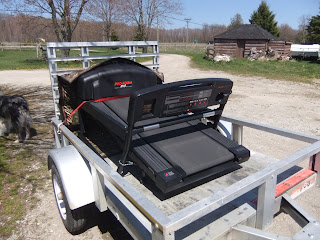 "Rob got out the riding lawn tractor, cutting our whole lawn for the first time this Year, while I hung out a load of laundry on the line, cut the little bit of backyard with the push mower and cleaned out this one flower bed, as well as the bed where the Herbs will be again this Year." 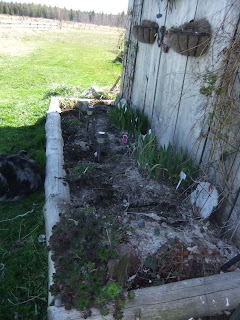 When that was all done, there was still the clothes to be brought in and supper to be made ....


"I made up a Potato & Egg Salad and an Easy Peasy Coleslaw." 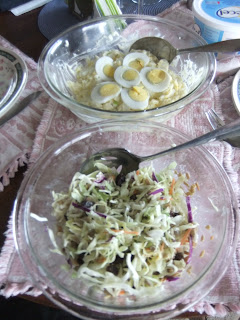 "While Rob barbecued us the juiciest and most tasty Chicken Breast for each of us.  Oh man, what a great Supper it was." 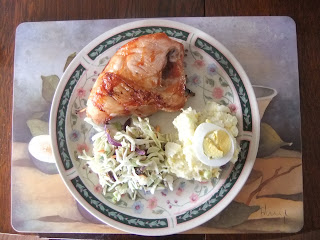 After I had done up the dishes, and Rob had taken out each of the "pack", I can now honestly say we are both sitting, each with a coffee beside us, while Rob is taking a bit of TV in while I sit with my Laptop here in front of me.

The day wouldn't be complete without showing off the "Spectacular Six", now would it?


"I can well imagine there is lots of "growing" pains going on here." 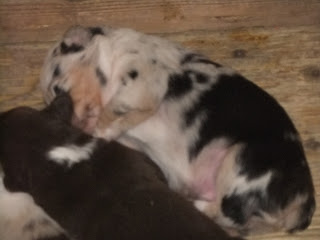 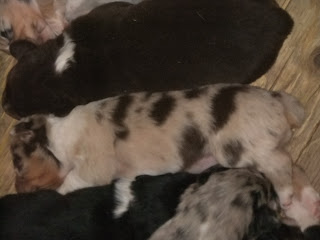 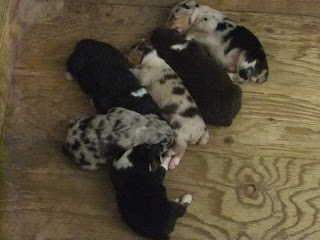