What's So SMART About November 1st ???

This morning is the morning where we had better be SMART.  I am not talking about the VON SMART program, I am talking Hydro One's SMART Meters  imposed on us a year ago and the rates that went along with them.

Be SMART?  Be SMART to know that November 1st the SMART Meter rates changes are effective as of 7:00 a.m. this morning.  I was SMART to remember the rates were going to be changing this morning, however not without a reminder from my sister, Donna, and a note to myself to be SMART about reminding us.

Should not anyone have kept a schedule of how this all works, Hydro One does post it on their website as follows: 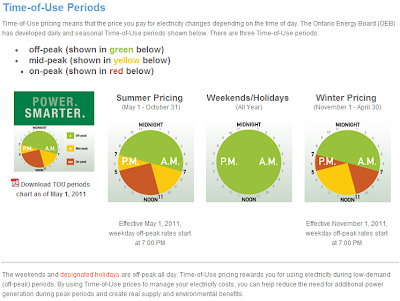 Oh yes, I must not forget, Hydro One has a link to take us down their 10 Smart Meter Lane.  "Click" on the highlighted words and take a trip down this lane yourselves to see how we have been "regulated", as I am sure who would think a Meter to be as SMART as us?

I was getting so wrapped up in being SMART, I almost forgot about my yesterday ..... well I had to do some errands downtown Wiarton, with one being a stop at McKenzie's Pharmacy.  I was so "happy" I had my camera in my pocket as there were some interesting things going on in there ..... 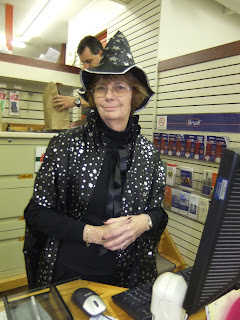 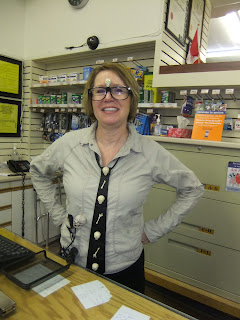 Trust me I tended to my business and got the "heck" out of there real fast, as I could have been easily captured and given "potions", as there were lots of potions in there ....... lol.  Thanks Shirley and Sue, you gals are such fantastic "sports" about having FUN, and I am sure made a lot of people's HALLOWEEN day !!!!

I was so happy when I returned back home to collect my mail from the mailbox to find something other then Bills in it for a change.

"Yeah, my Kraft What's Cooking magazine for the Holiday Season had arrived !  Hopefully there will be some new recipes I will want to try out.  Any willing Guinea Piggies out there for the taste testing portion ??? " 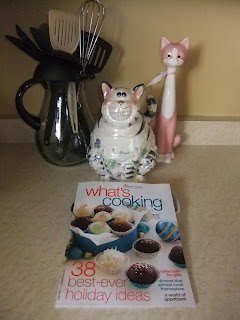 My dear "Crabby Cabbie" had to work on his day off yesterday, so that gave me the opportunity to prepare our meal for the supper hour, ours being 7:00 p.m. last night, instead of our new "normal" dinner hour of 12 or 1 p.m..  Since we had Ham & Scalloped potatoes for Sunday's supper, there was oodles of ham leftovers, as well as fresh leeks out in our garden, so .....

"French Leek & Ham Shepherd's Pie it was with fresh Ontario Leeks, onion and tomatoes from our own Bruce County garden, topped with Kraft 4 Italian Cheeses." 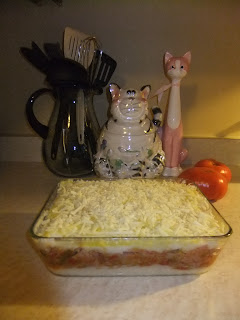 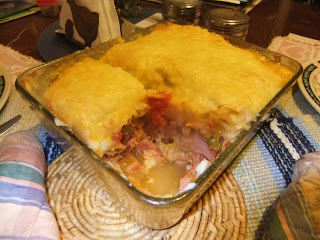 "Yes, that huge half of beet pictured here, I am proud to say, is also a Bruce County beet from our very own garden.  We don't only grow big Pumpkins in Bruce County, you know?" 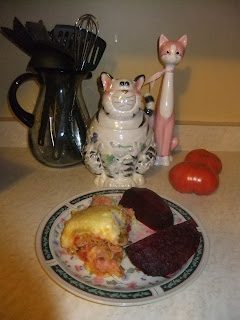 "I was even being emailed pictures of Super Heroes prepared to save me from ..... " 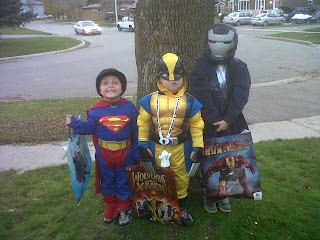 " ...... scary "Goblin" doggies !  It is okay Cousin Doggie Lacey, you didn't scare me too badly, so don't be worried about those Super Heroes coming to get you." 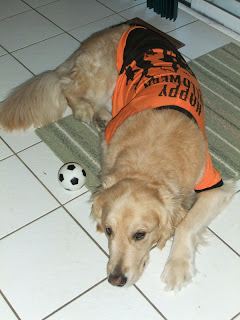 "Then there just happened to be this "little" dog in my kitchen thinking she was "big" dog." 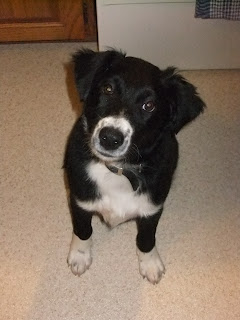 The Super Heroes were my Rip-tail Snorter grandsons, Connor, Aiden, and their cousin, Cohen in the middle.  Nice costumes boys !

Wiarton Weatherman's agenda for the day ahead. 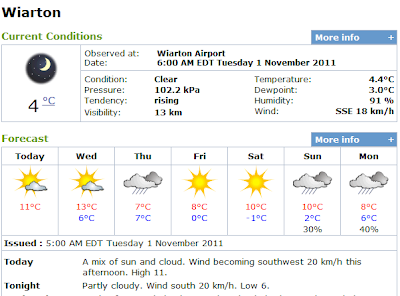 Another "nice" day ????  I am so excited, we might be able to get that other row of potatoes dug yet before the snow flies .....

Here I go forth into another day ahead and hopefully towards a new adventure, "Just North of Wiarton & South of the Checkerboard".
Posted by Cindy@NorthofWiarton at 11/01/2011 07:57:00 am