Comfort Food At Its Best

I am on a roll after loosing so much sleep last week I actually was good from 10 pm til 4 am this morning ... whoohoo for me !  I can survive on 6 hours of sleep, anything less it gets tense, absolutely no sleep is chaotic and deadly (not necessarily for me).

I did not do anything at home this day.  This morning I had to be quiet since Rob didn't get to bed until 3 am.  Really it sucks, but it is nothing that can be helped.  Regardless Rob was up around 10 am anyhow, getting an hour more sleep then I, however he always has seemed to need more sleep then I do.

About 11 we decided to head over to Owen Sound to the Walmart as they have Canada Grade A Turkeys on for 75 cents a lb., and that is one cheap nutritious meal to be having, especially with lots of leftovers for additional meals.  I can't remember Turkeys being that cheap for a long long long ... very long time, can you?

Before we left we took a Turkey we had in the freezer out to make room for a new one, or two, then we would be all set for our Dinner tonight.  We did actually get two.  There was 1 per limit, so we each got a 10 lb one, which is a nice size for us.

Have I ever mentioned how much Rob loves him some Turkey????  he could eat it 7 days a week I am sure.  Since I have a busy week ahead of me he had it all planned out to have a Turkey today so he wouldn't have to worry about meals the remainder of the week.  Smart man that he is.


The Turkey had a cold water bath to start the thawing process while we were gone to Owen Sound.  It had still been frozen when it went into the Oven, however we were not too concerned about having stuffing.  (it is my plate shown, as Rob does not care for Giblets at all & I do love me soem Giblets).

Comfort food at its best ! 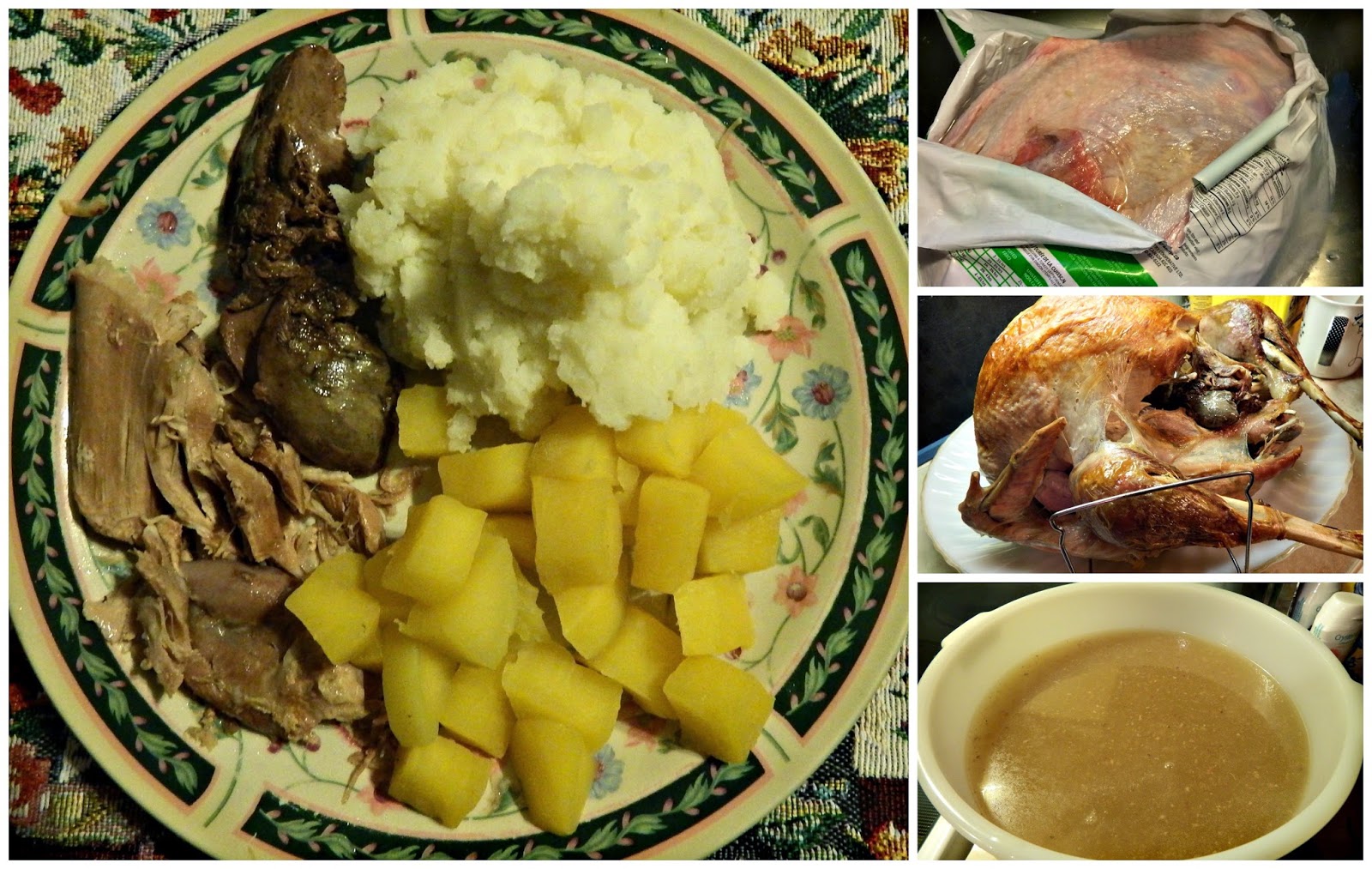 Our Lexus has been rounding out quite nicely and is a picture of good health.  I suspect she will whelp her pups late this week or at the first of next week.  Her estimated due date was on or about the 23rd of December.   Today when I was out with her I checked and she has begun to bag up, so everything is going according to schedule.


Bandit was giving her a "sniff" to check her out then he got himself a "kiss" back.   Still in puppy love.  I think they have only had one serious fight since we brought Lexus home 6 years ago on the 23rd of December, a date I will not be soon to forget. 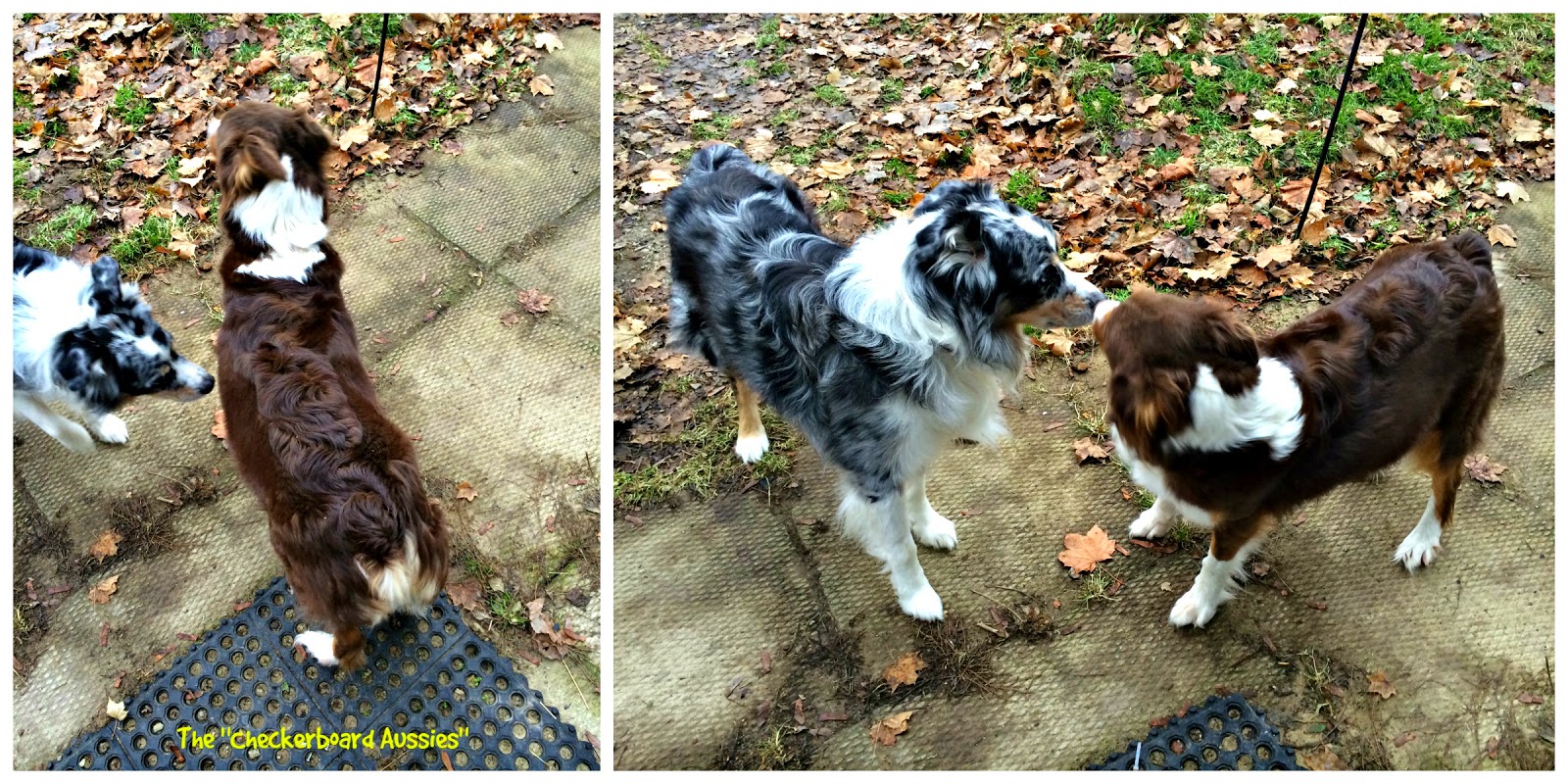 I suppose I did do something around here today, as preparing a Turkey Dinner, and doing cleanup most certainly is not doing nothing.  On that note I think I will kick back and relax now, Just North of Wiarton & South of the Checkerboard.
Posted by Cindy@NorthofWiarton at 12/14/2014 06:47:00 pm