... but not the worse day either.  Before I get into my "not so great" day, I will answer Little Red Hen's question from my blog post of yesterday, which was how do they dispose of the Coyote's carcass.

Since I only new part of the answer to this question I had contact my Cousin Vi, who had her hubby, Ross, answer the whole question as follows:

The coyote's that are hunted down are pelted for fur coats if they do not have mange.  The prices for their pelts can be quite good.  If they do have mange you are able to collect a bounty for them if a farmer from the area where it was hunted had complained.  The landowner is then allowed to contract a licensed hunter to search for the offending animal, in this case the coyote.  To collect a bounty for them, it must first be confirmed there was a complaint in the area where it was shot, then there is an inspection from the Ministry to verify it was a coyote kill.  The coyote must be shot within 6 km of the owner's residence (or farm).  The Bounty paid for a Coyote is $100.00 for each.

Hope that answered your question, Little Red Hen of The Mad Trouts, and for anyone else who might have been curious.


I don't know, but suspect mostly the weather, has caused my Fibromyalgia to flare up the past couple of weeks.  Today it has really gotten me down, resulting in nothing getting done today. 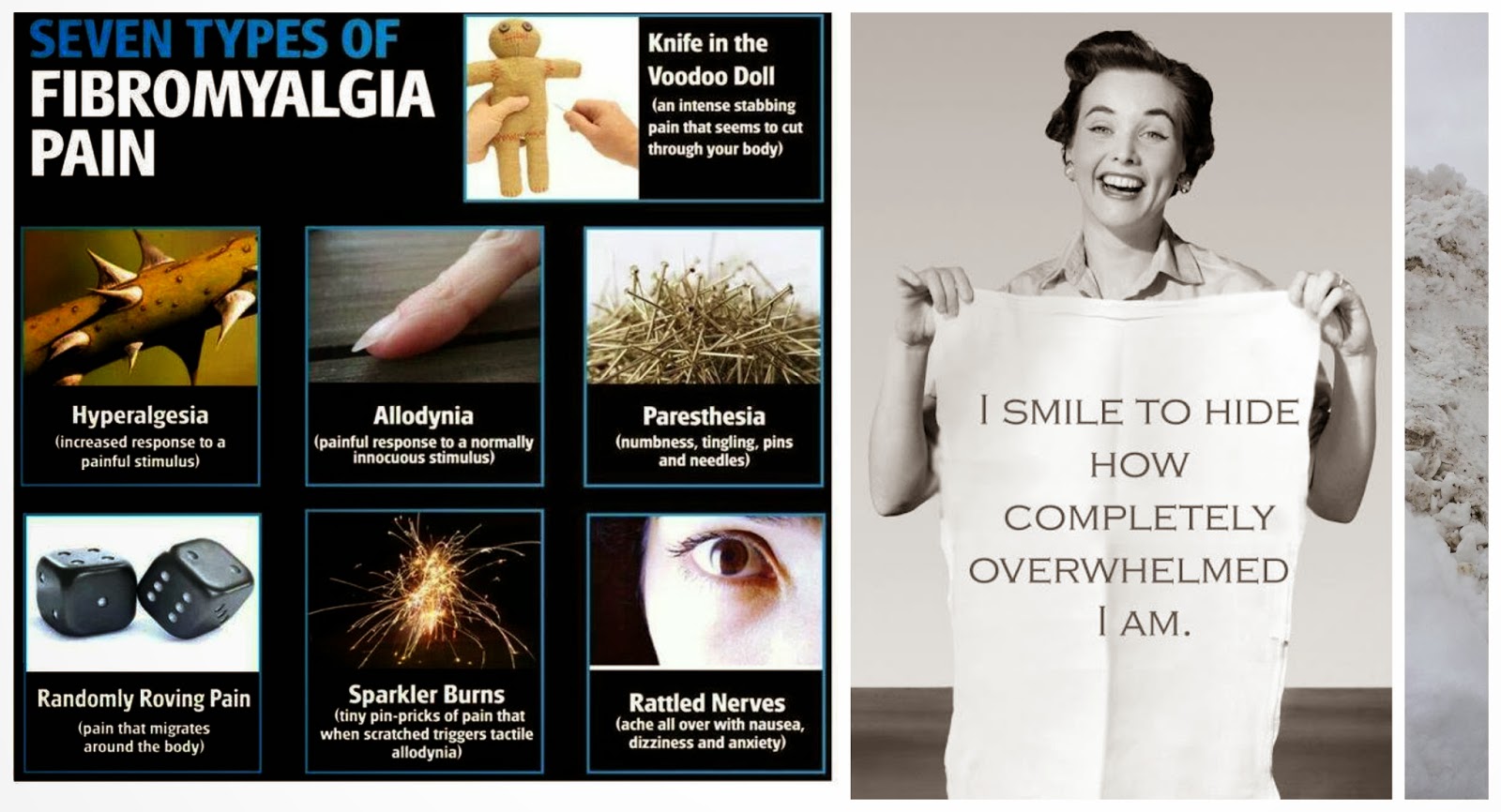 When I was out with the dogs today I really was amazed at how much Snow Rob had to move to uncover the pile of wood we had gotten 2 weeks ago.  That is a lot of snow ! 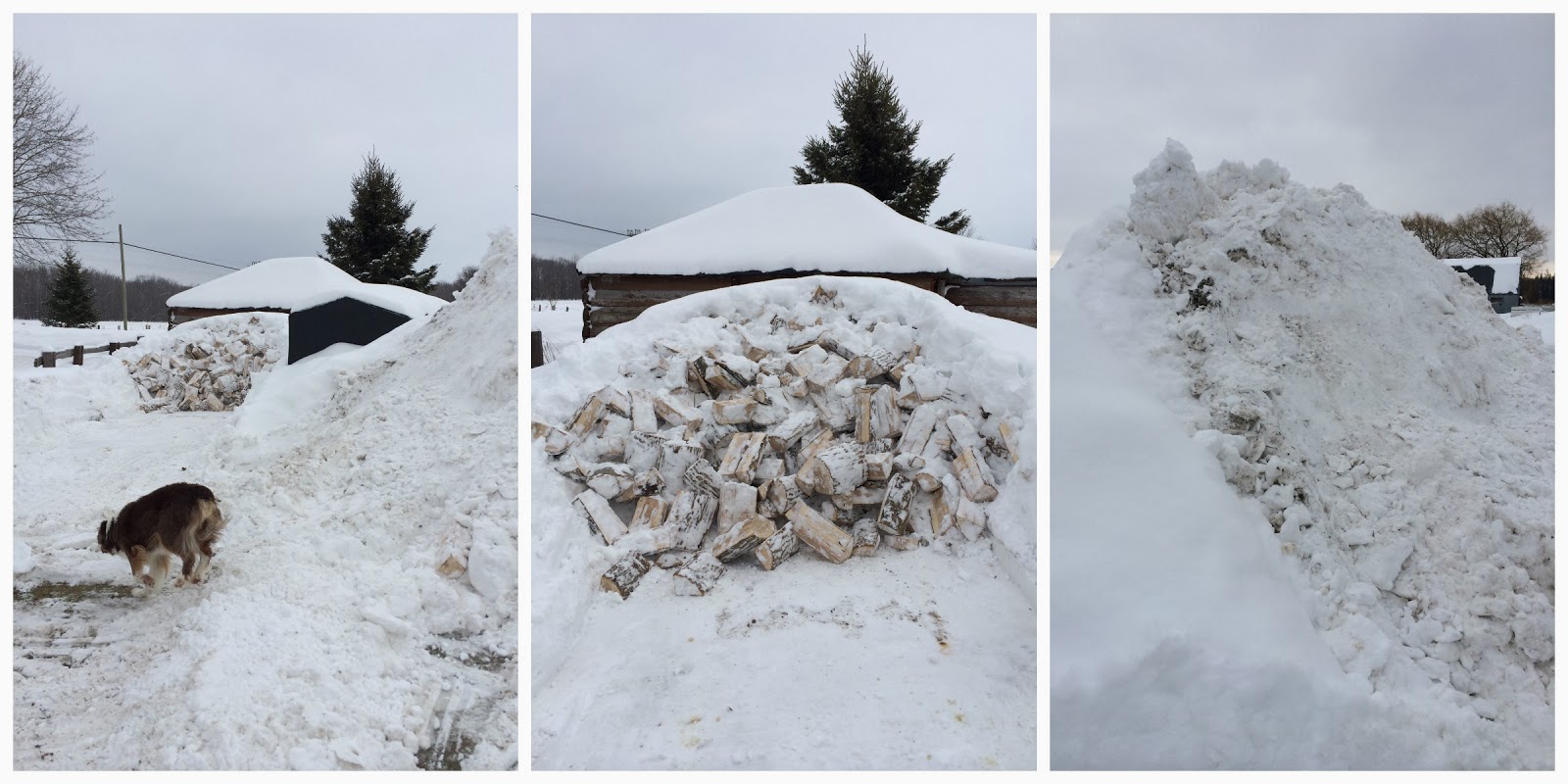 Feeling the way I have been I was finding myself thinking I was happy I took these Hens & Chicks in past this Fall, as it gives me a bit of a lift from time to time when I glance down to admire it.  I love Hens & Chicks.

Late in the cold afternoon I had everyone out for a good run.  Bandit & Missy Mercedes were enjoying eating ice chunks.  They love ice All Year Round. 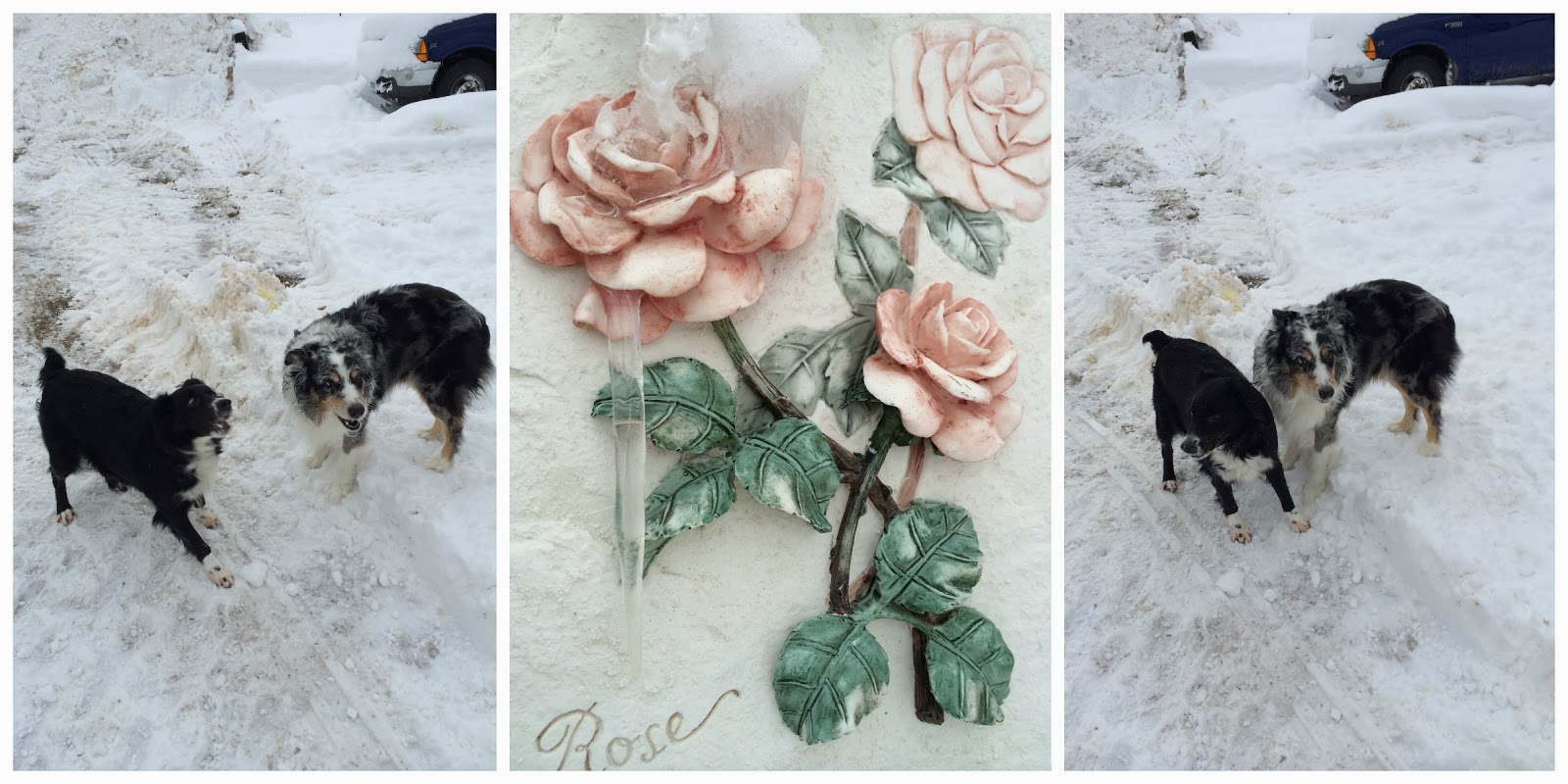 My poor tired Crabby Cabbie had a very very "wee" snooze after he had arrived home this afternoon.  Bandit always willing to keep his legs warm at the end of his chair. 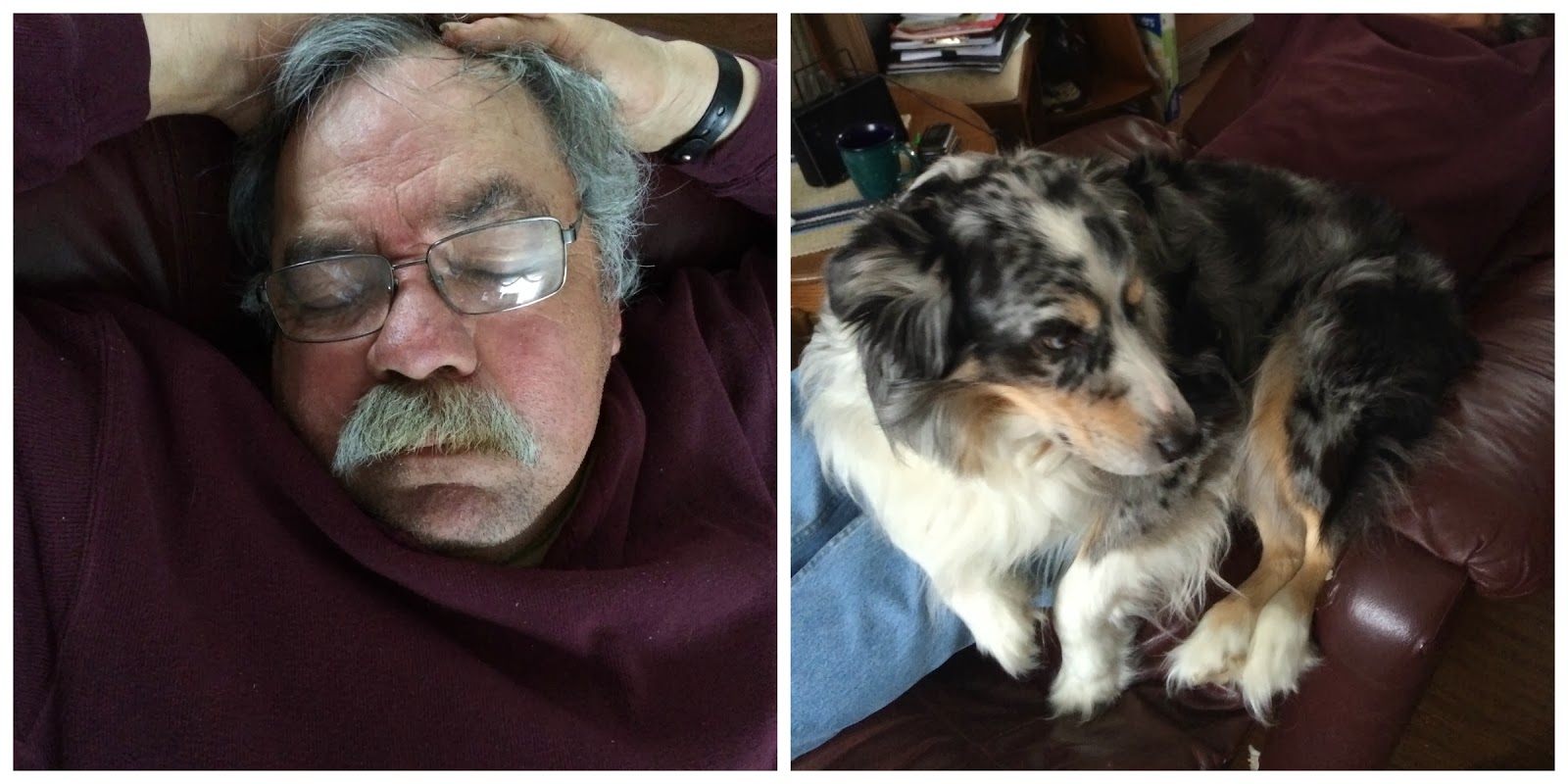 Facebook is celebrating 10 Years today.  They made a short recap video of everyone's timeline, which I found mine to be very touching.  Part of it included the following that I had posted ...

There were a few touching memories ....

I was going to try another "new to me" recipe today, but that is off the table until another day.  Here is a peek at what I might get done hopefully tomorrow:

A close neighbour/friend & school mate of mine in Southampton passed away today at 58 years old.  Another sad day for family members and friends.  I just got off the phone with my lifetime friend, Fran Indoe (really Fran Plante for 33 years now), wherein we concurred it is getting close to home with our age group now starting to pass on so early in their lives.  *Sad* indeed.

My head aches, my body aches feeling heavy, and I am tired.  It is almost time to call it a day knowing that .... 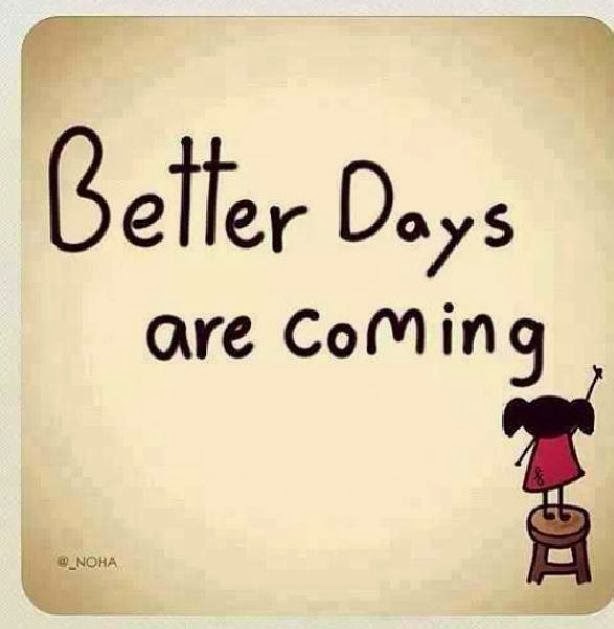 Email ThisBlogThis!Share to TwitterShare to FacebookShare to Pinterest
Labels: but not the worse, Facebook 10 years old, Not the greatest
Location: South Bruce Peninsula, ON, Canada