Last night's Dinner a Maple Peameal Bacon Roast was amazing, and truly full of Maple Peameal goodness.  I had found a recipe for it and adapted it to my Crock Pot, as a Crock Pot is a busy woman's best friend  you know. 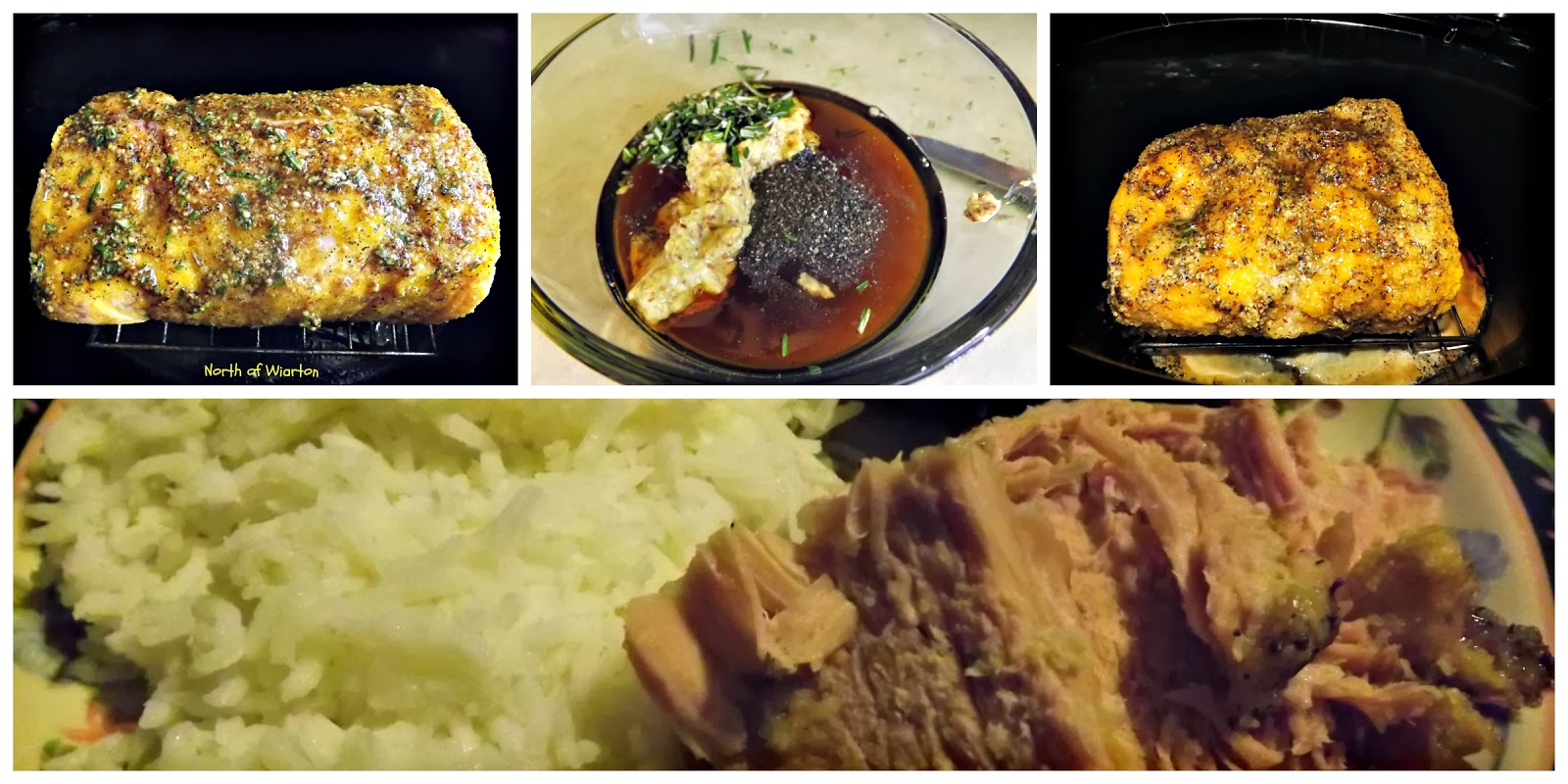 Despite the sub-zero temperatures we have been experiencing this Winter, Bandit still doesn't seem to mind burying his nose out in the Snow.  Rob? his nose and eyes have been watering like mad, as he has gone and got himself the Nasty Cold that I had for 5 days.  I feel so bad for him, until he sat in his chair yesterday and told me how sick he was umpteen Million times, like I didn't know how it was for myself last week?  I think the only difference was I didn't have anyone cooking and cleaning for me though ????  My poor baby man. 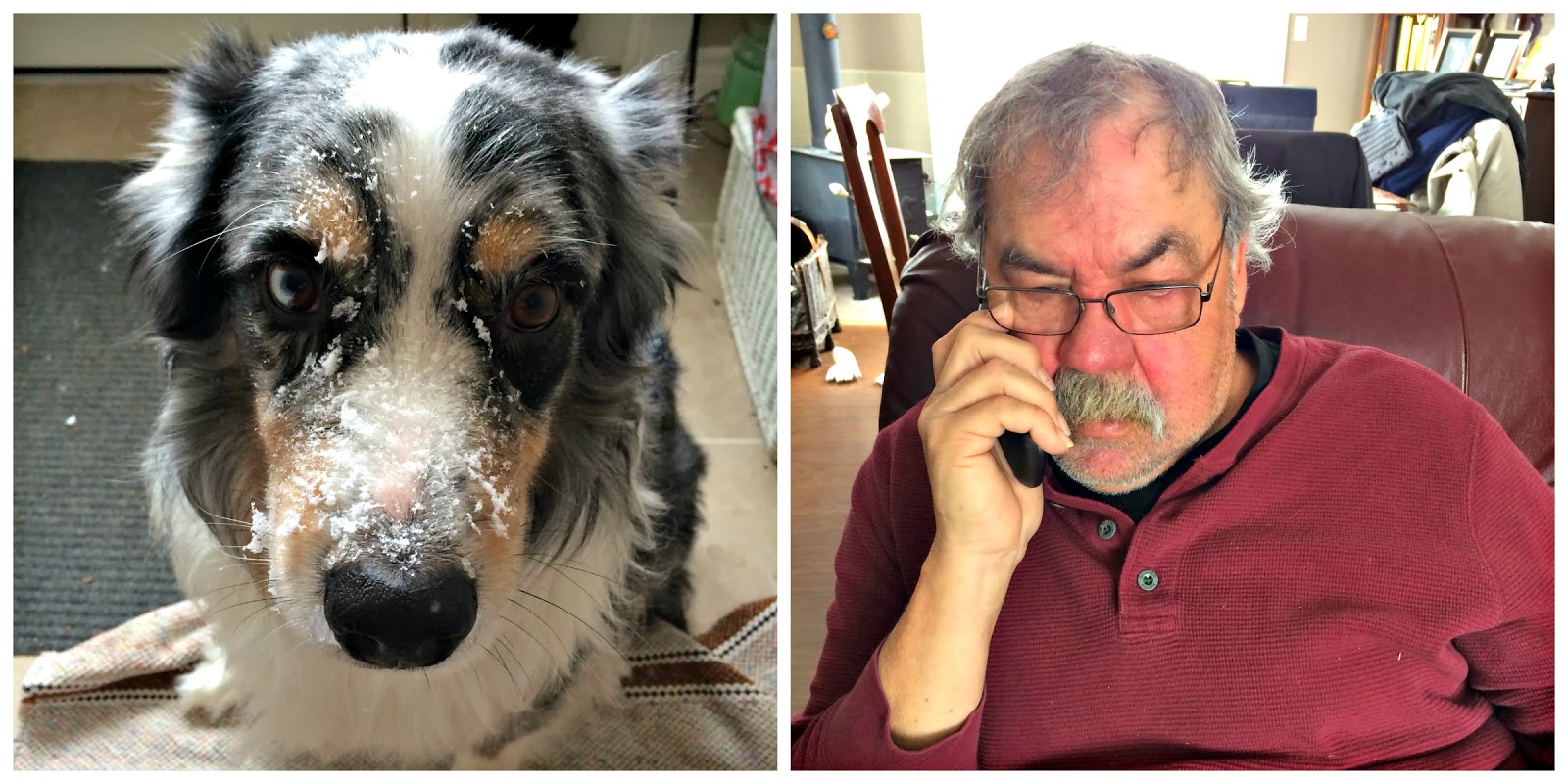 First thing this morning the temperature had been -26*C.  By this afternoon it had gone up to -17*C.  I have quite the time taking Missy Mercedes and Buddy out the back door with the Snow piled up so high there, and again this morning our most westerly lane way had been drifted in AGAIN !  The lane way to the East not so bad & somewhat passable as Rob made it out this morning, and I afterwards. 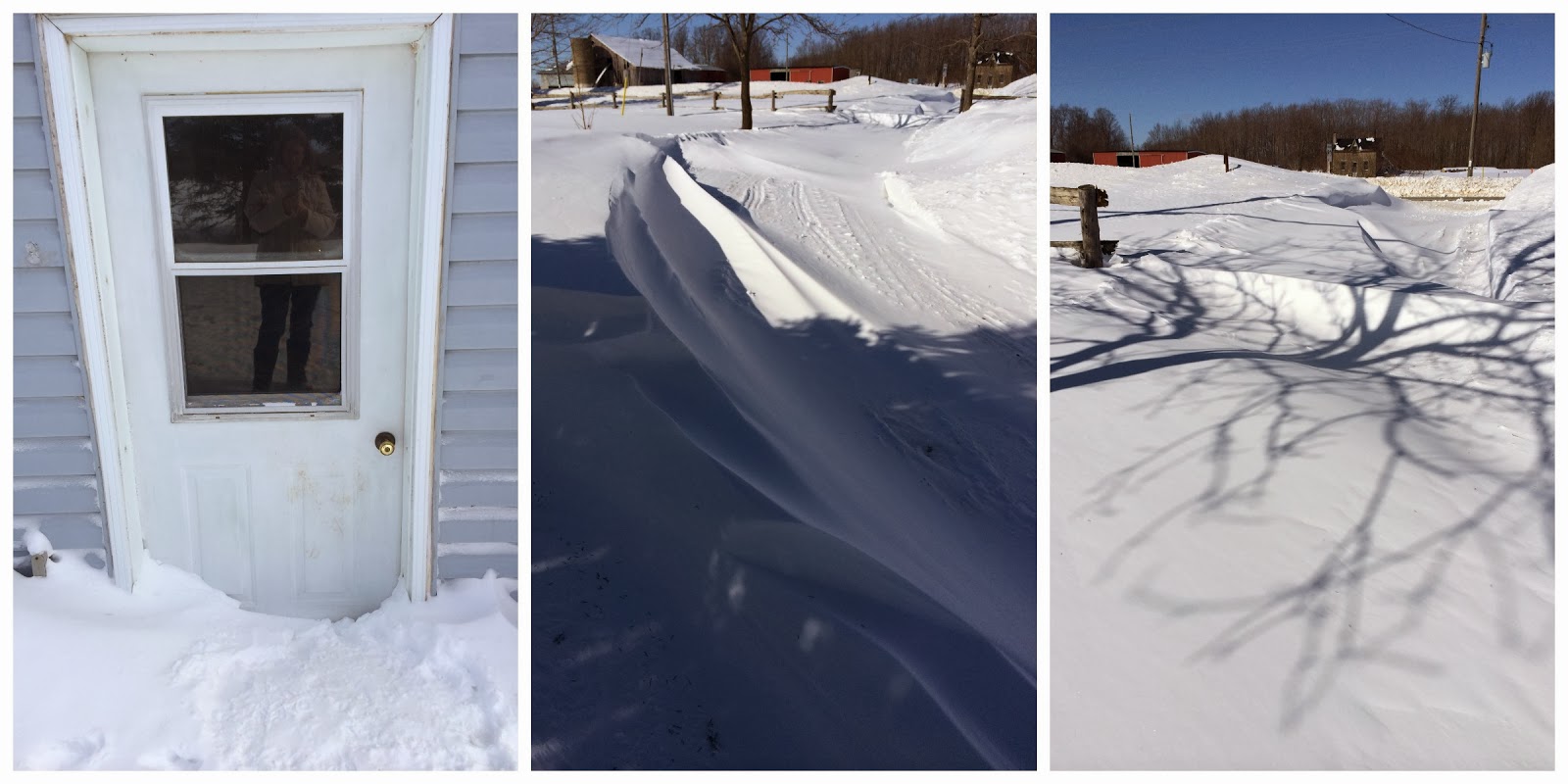 I had been over to the other side of Colpoy's Bay this morning.  I had to stop to take photos of the frozen Bay and spectacular view of the cliffs. 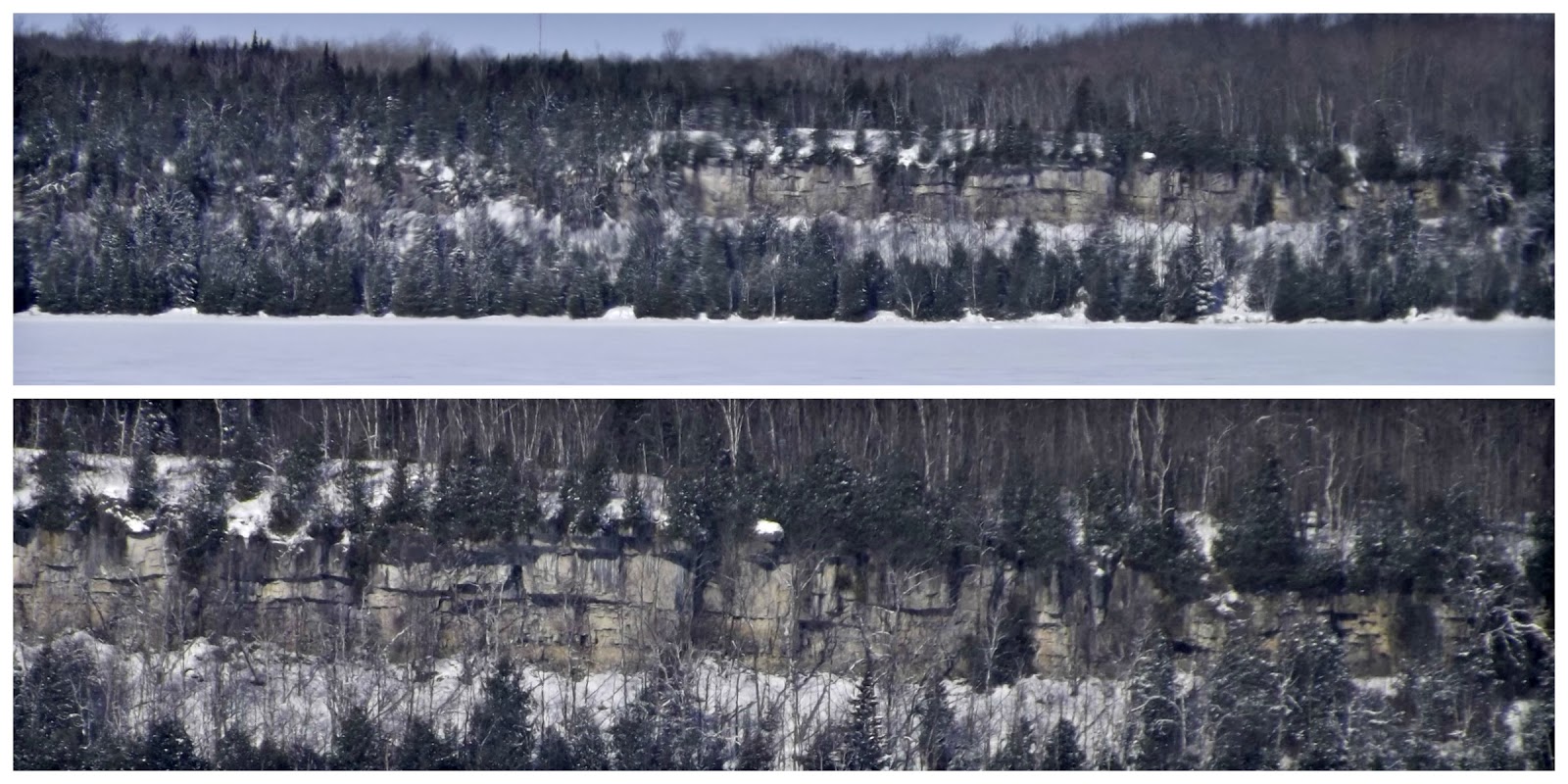 Today wasn't to eventful in the "much needed" to get done housework department, however the bedding had been changed up fresh, the ashes swept up around the wood stove, and the dishes all done up in the sink.

Rob received a call from one of our driver's today.  A lady had pulled out in front of him and he had hit her.  The Police had arrived "on scene", and the lady was 100% At Fault.  This does not help us any, as our Commercial Policy deductible is way over the amount it will cost for a new bumper.  So much for At Fault Insurance when you are not At Fault.  We still lost out and end up paying for the damages.

Early this afternoon I had the beginnings of a headache.  Later in the afternoon I had an appointment with the Chiropractor.  It took 2 hours later after an adjustment, however the headache is down to a mere dull roar now, which is so much better then a full blow migraine.

Last night I had only about 2 hours sleep.  Poor Rob didn't have much more as he had been called around midnight by the OPP station to collect someone to take them home.  My poor sick Rob has already retired to bed, and me?  I am thinking this evening I will not be too far behind him, Just North of Wiarton & South of the Checkerboard.
Posted by Cindy@NorthofWiarton at 2/28/2014 07:45:00 pm