A Good Start To An Even Better Ending For A Bruce County Day!

What an absolutely beautiful Fall day that was yesterday !  It couldn't have been more a perfect day considering it was the 12th of November already.

My morning was spent doing a bit of the dreaded housework that is there forever ready to embrace me.  Wow just think if we had this much attention from people we would be totally smothered, would we not?  LOL.  I actually dug out the "fall" flowers for the vase in our foyer, and washed the Spring/Summer ones to be put away.  I know I am a bit "late on the draw", but when one has constant dates with a Mr. Insomnia and that Headache guy ..... things don't come as easy as they used to at one time.

"Sigh, now I am looking at this picture, I am thinking it will only be a couple more weeks and I will be putting a Christmas arrangement here.  Oh well, this does look nice until then, and besides the Peonies and tulips been looking a little on the "droopy" side .... lol." 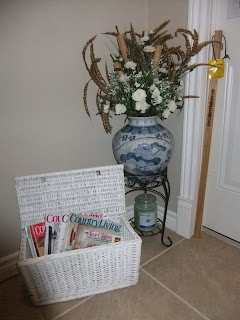 My dear "Crabby Cabbie" arose before the Noon hour, so we had a coffee together and I made a "list" from the flyers what I needed in the way of some baking supplies Walmart had on sale .... some pretty good deals on Icing and Brown Sugars, etc.... while I was dong this, Rob was being amused by no other then our little Mercedes gal. 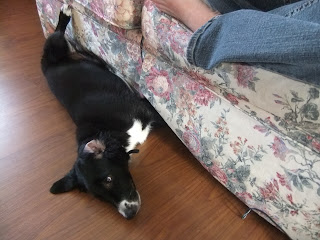 "Mercedes does make herself quite comfortable, does she not?  I am also beginning to wonder if maybe we should have named her the Queen of Sheeba?  as she most certainly acts like she is the Queen MOST days !" 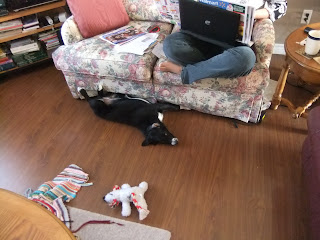 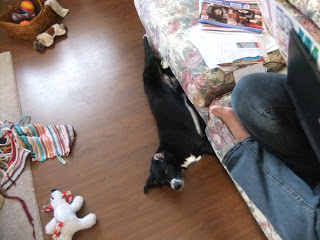 "We couldn't figure out how she got the new "do" done on her ears, as either one of us did it to her.  I must admit she looks a little silly though, or pretty much a lot silly." 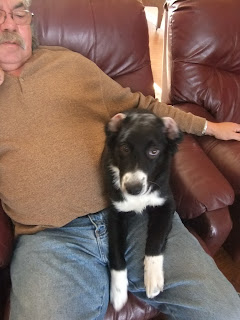 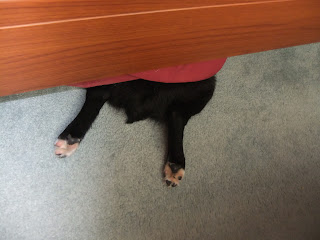 "Those are pretty big frog legs sticking out from under my bed !  Oh they aren't frog's legs after all, as there is a little face peeking out at me now ...... lol.  It is hard to get good help now a days with making the bed." 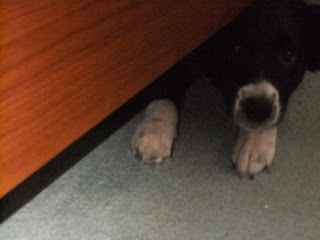 As Rob wasn't ready for Dinner yet, he decided to go along down to the Wiarton Baptist Church Christmas Bazaar with me.

"We were there just shortly after 12 p.m., and I was amazed how many cars were in the parking lot across the way already." 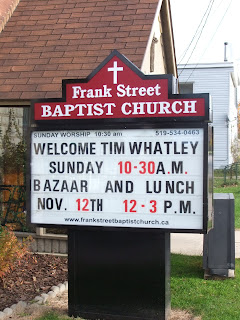 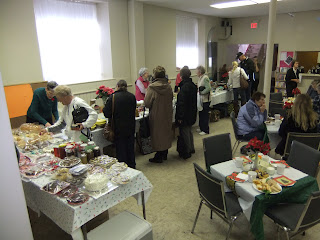 "Upon first entering there certainly was a good crowd already in attendance.  We bypassed the goodie table and made our way to the Craft table first." 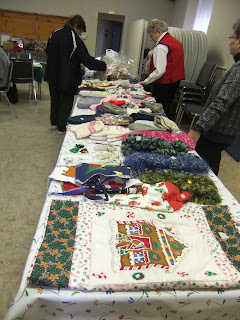 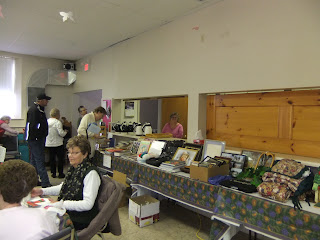 "There is my friend, Sharon, back in the kitchen giving a helping hand.  Chocolate Christmas Mice below that I had just given her the recipe/method to make the day before ..... what a terrific job she did putting those Mice together.  They are so cute and make quite the "wow factor" on any Holiday Dinner table." 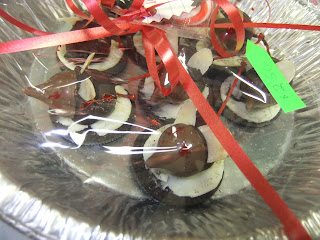 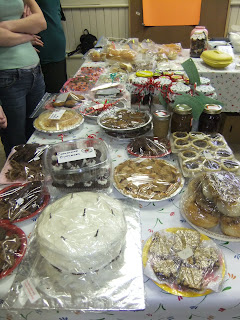 "I know it is going to be more then difficult to believe that neither Rob or I walked away without making a purchase from this table.  Trust you, me, it was very very difficult to do so." 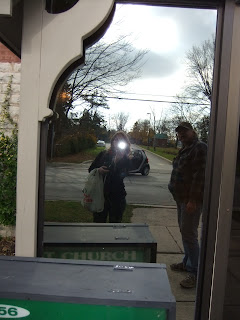 "He,he,he ... I love these windows, as I can never refuse to take a picture whenever I spy one."

"Once we arrived back home, someone else was peeking their little nose out to see us .... awww Lexus.  LOL. 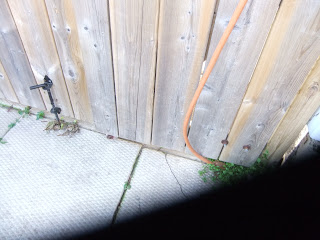 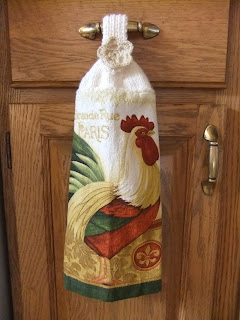 "Believe it or not, I only came away from the Bazaar with this beautiful hand towel for a small cost of $3.00.  If you would look closely, you would see the button is hand crocheted.  A very nice addition to "Cindy's Kitchen"."


Once we got settle back at home, I started our Dinner of leftover ribs, fried potatoes and coleslaw, before it was time for my "Crabby Cabbie" to head out to work.  I went along with him so I could get our van gassed up at the Saugeen Gas Bar, then head over to the Port Elgin Walmart to pick up those "specials" I had made my shopping list for.

"Rob stopped at the Hepworth Tim Hortons to treat us to a coffee, where I seen someone was out on their Motorcycle enjoying this beautiful Fall weather day." 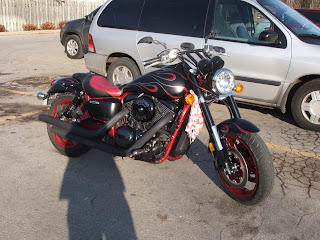 I had also picked up my Auntie Gladys, who lives in Port Elgin, to take along to Walmart with me.  By the time we were done what we had to do, it was getting to be dusk, so I headed it back home to Wiarton.

Once I had pulled in my driveway, got out of my vehicle, one of my worse fears occurred .... I shut the van door and all the doors locked with my keys in side.  I instantly felt sick !  Not only were my keys and purse in there, Mercedes was in her kennel in there as well !!!!  *Sigh* fortunately it happened in our driveway, as the spare key was in the house, much to my relief when I realized this.  What an "awful" feeling of dread that was.

I often have thought of this happening to me, especially with all the door locks in the vehicle being automatic.  It does not give me much comfort when all the doors lock as soon as I turn the key in the ignition either, as it gives me a "trapped" feeling, so I usually try to remember to unlock them as soon as I start the vehicle.

Could one imagine if there had been a "child" in the vehicle .... I don't even want to think about that !

That was my yesterday, "all that starts well ends well", or I most certainly pray it does.

I don't think the link to the referred video I posted worked on my post from yesterday, so I found a YouTube video which has the song I was referring to, so here we go with the following tribute to Our Veterans, Our Country, with thanks to Our God.

I am sure this video has been enjoyed by many time and time again since it was released.  My thanks go out to the composer of the song, as well as to the singer, Lee Greenwood.  I do think this would make an "awesome" Canada Day Anthem.

Onto my today and "what's up with" the Wiarton Airport Weatherman guy?

Some more "peeking" going on here with the sun behind those clouds.  I will take it !

I look towards today with hopes of having more adventures along with it, "Just North of Wiarton & South of the Checkerboard".
Posted by Cindy@NorthofWiarton at 11/13/2011 08:18:00 am