I would love to stomp up and down, and pull my hair out, from lack of sleep once again last night.  Rob came in at midnight, and NO I did not get back to sleep ... damn, damn, triple damn.

This morning Doug, Vicki, Rob and I headed off to a Yard Sale at 8 am.  I bought 6 DVDs for $5.00, which I thought was a pretty good deal.  Three were the Matrix sequels which both Rob and I like.  We also went to check out the Oliphant Market, but did not realize it was no more after the Labour Day Weekend.  No worries we got out for a bit of a drive all together.

Vicki is a huge fan of Teva sandals, owning about ... that many.  She entered a contest a couple of days ago and actually won a pair !!!  Whoohooo Vicki.  Today was the final day to enter the contest via Twitter @Teva so I did enter myself.  You still have until the end of the day so check it out by *clicking* HERE.

Since Vicki and I both have the same size of feet, I have been trying to beg, borrow or steal one of her pairs of Tevas to no avail, however I did get a pair of her Merrell sandals.  Hooray for me !  we both have way too many shoes and/or sandals, and some would probably say we both have a shoe/sandal fetish.

Once we all returned home, Vicki and I took off to Owen Sound to Stokes, as I had two of the Tea Infuser Cups put away for her. 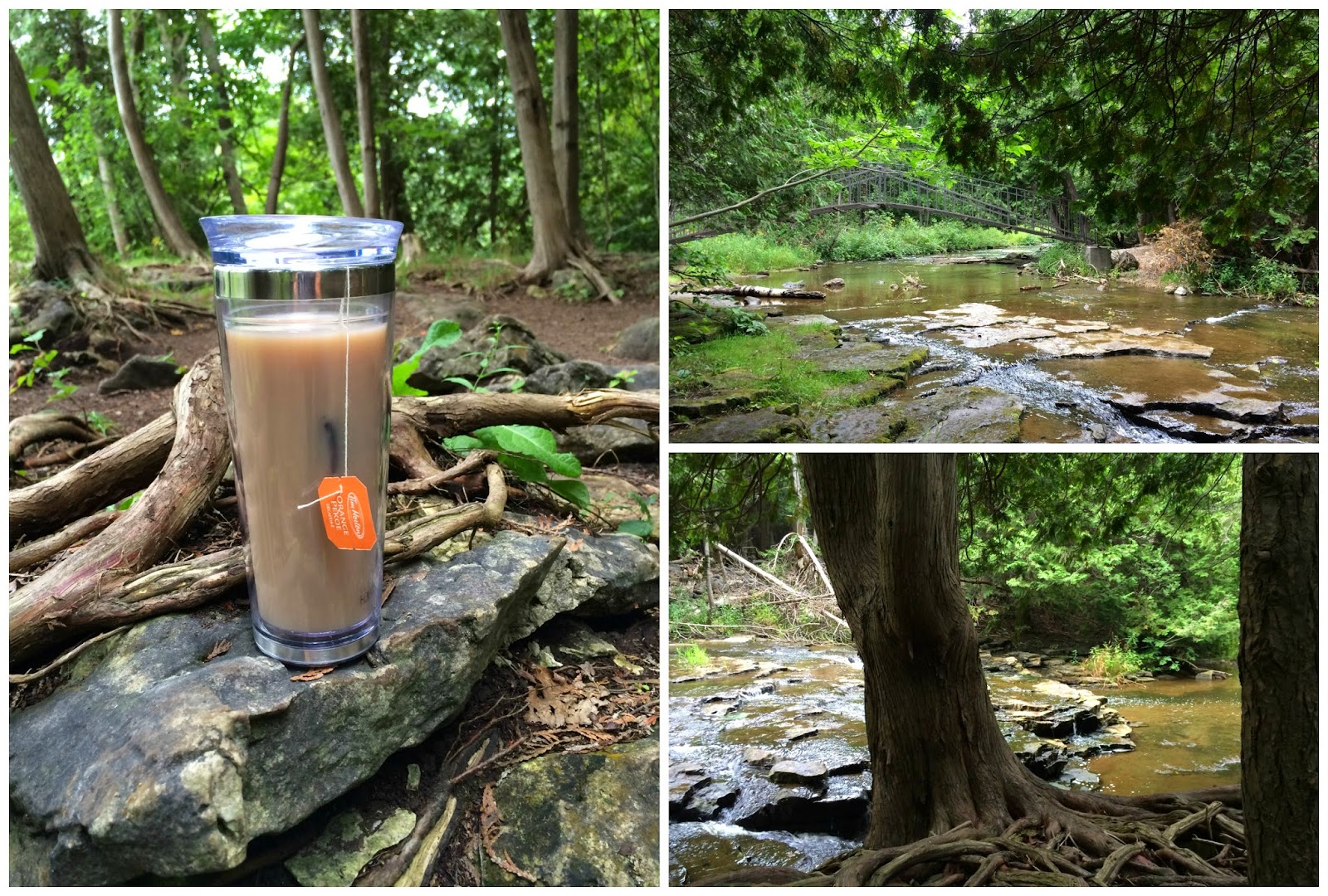 After Stokes we headed over to Giant Tiger, where I actually got two Christmas Gifts purchased.  I am slipping this year as usually I have everything bought by now.

There had been a 40% Sale at Canadian Tire for backup cameras.  Doug had wanted one for their RV however Owen Sound did not have any.  Vicki called Canadian Tire Port Elgin, and sure enough they had a couple in stock there.  Off we headed to Port Elgin where we hit up Canadian Tire, M&M's, the Dollar Store, a Veggie Stand, Rexall Drug Store, and the Saugeen Gas Bar before heading on back to Wiarton.

Barely back home a 1/2 hour we had to go back downtown again.  I had some business to first attend to before Vicki and I stopped into the Foodland store for some food fixings.  As soon as we got back home Rob and I made our Dinner of BBQ'd Garlic Sausage, Baked Potato and fresh Beans.

I took a minute to surf Facebook when I came across a couple of photos posted by an acquaintance of mine, which I had asked if I could share.  I could not believe these photos as they look as if they are something right from an animated Movie !!!


Is this truly not amazing and animated looking to anyone but myself?  it has been identified as a Western Tiger Swallow Caterpillar.  You can learn more about it by *clicking* HERE. 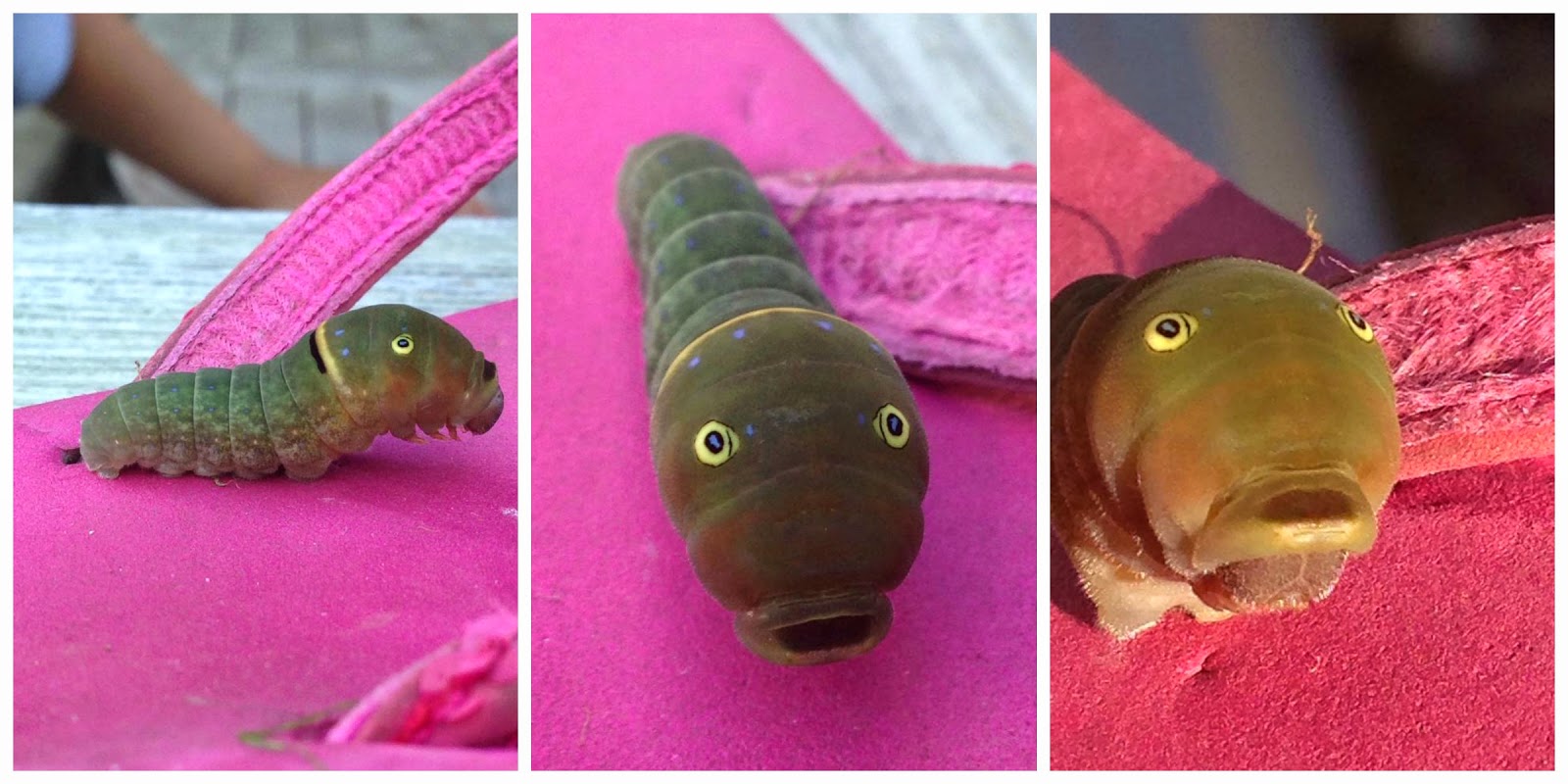 I had thought it to be pretty cool and had to share it.  Thanks to Rona for giving me permission to share her photos with everyone here.

Tomorrow hear is suppose to be a beautiful weather day that I am sure after Rob gets some sleep under his belt we will enjoy doing together with Doug and Vicki.

For the time being psst ... don't tell anyone I am totally exhausted and pray I get some sleep tonight, Just North of Wiarton & South of the Checkerboard.
Posted by Cindy@NorthofWiarton at 9/06/2014 07:11:00 pm