It was 2 am when I awoke.  That wasn't too bad but for the part that I never got back to sleep.  It had been a long night in the wee hours of the early morning until it had been time to get up after 6 am.  Actually I layed there until almost 7 I am sure as I had just felt lazy.

This morning Rob had gotten an appointment to have both his hips x-rayed at 11:30 am.  I went along for the ride and waited outside for him.  He was in and out in a flash.  I have made a follow-up appointment with our Doctor for the 23rd of September, so not too long off to wait for the results.

Rob also took me to the bank before we got back home.  Just a wee bit of an outing.  I didn't have the greatest morning with severe bloating and feeling absolutely blah about life in general, then to even spilling my coffee on the couch.  The outing seemed to do me some good to take my mind off what needs to get done and the mess my home is in.

Rob spent most of the day working on trimming in the kitchen window.  He still has some work to go on it yet, but the biggest part of having it installed is done.

We had bought a leather rocker/recliner a week ago, and sold it today.  Why on earth would we do that? because we actually came across something we really liked at a really good price that we would use our 52 Week Challenge Money and Sealed Pot Money savings on.  Today Rob and I spent some time breaking open the banks.

By the time we had counted out our Nest Egg and emptied the Piggie, I had counted out and Rob had rolled up a total of $372.00 to add to our 52 week challenge money savings to date.  Right now with our  Sealed Pot Savings from the first of the New Year and today, along with the 52 Week Challenge Money saved to date, we have saved almost $2,000.00 for what we decide to get for us. 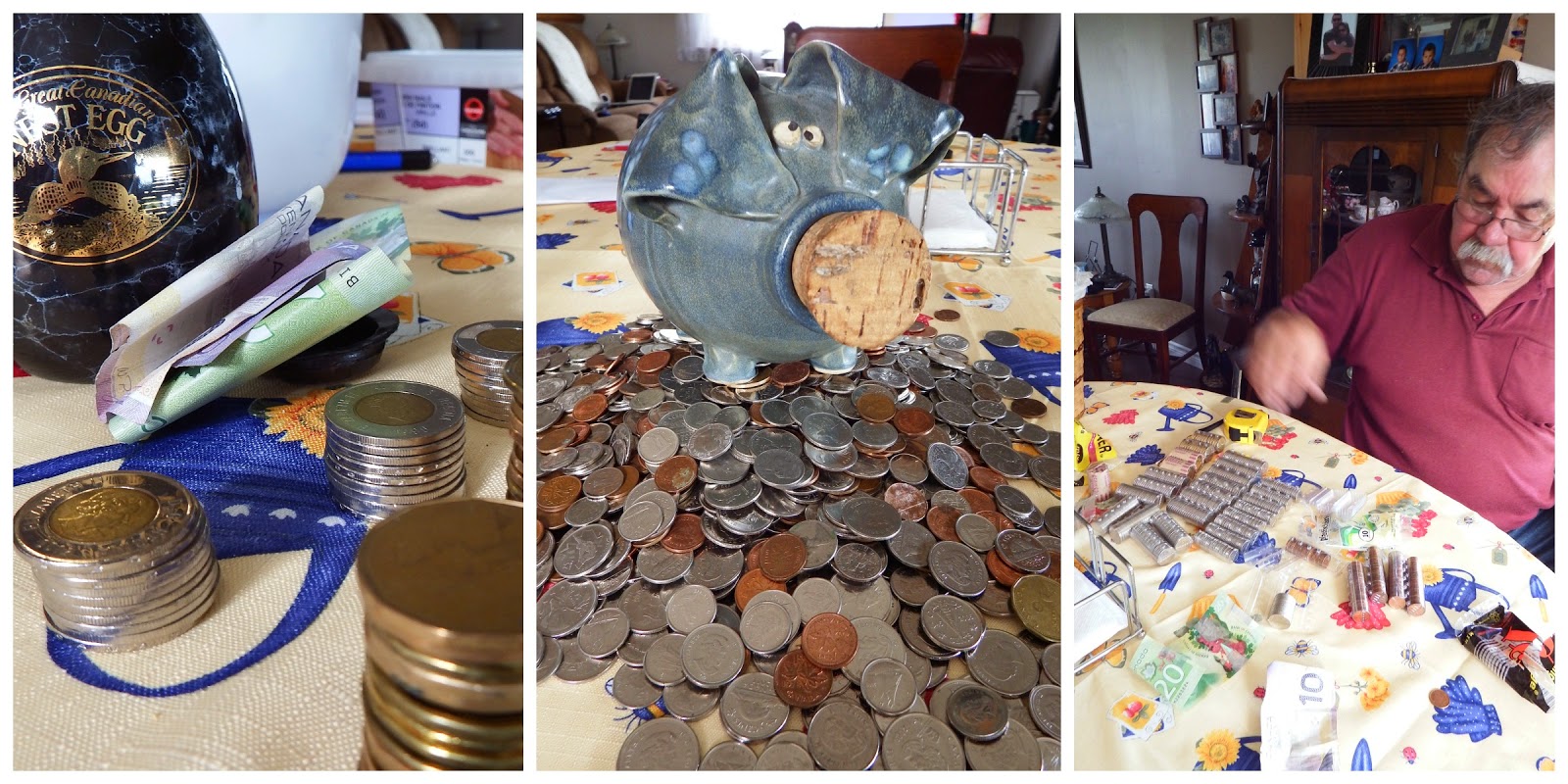 Rob and I have to make a decision before the "sale" is over on the 14th of September.  I am awful about spending large amounts of money so truly it takes me quite a bit of time to decide on these things.  Rob? never  problem.  There is a pair I really really would like but they are like $500.00 each more per chair ... YIKES !!! but I would love them forever I am sure.

The recliners we are replacing have lasted us a good 16 years with lots of wear and tear on them.  We have gotten our money's worth out of them for sure.

Here are the ones we are debating on getting with our yearly savings money, if you would like to view them please *click* HERE.  I truly believe with the savings it is a great value for the quality.

Rob isn't quite finished with our Gazebo yet, as he had to make the window priority as we have such a list of things to do before Winter hits and time seems to be flying by us so quickly.

The Gazebo is up, but just not positioned and secured to exactly where Rob wants it.  And he just finished the assembly of it last Friday, so I haven't even had time to set up everything in it, however I am thinking it is getting too late in the Season anyhow to bother.  We have ordered a cover to go over it all for the Winter so we can leave everything in there, less the cushions, for the Winter, as that would take care of storing in the basement and lugging it back and forth.  The Winter cover is on back order so I am hoping we will still be able to get one.  *Sigh* so much to do and no time to get it all done with some R & R time in-between more often then naught it seems. 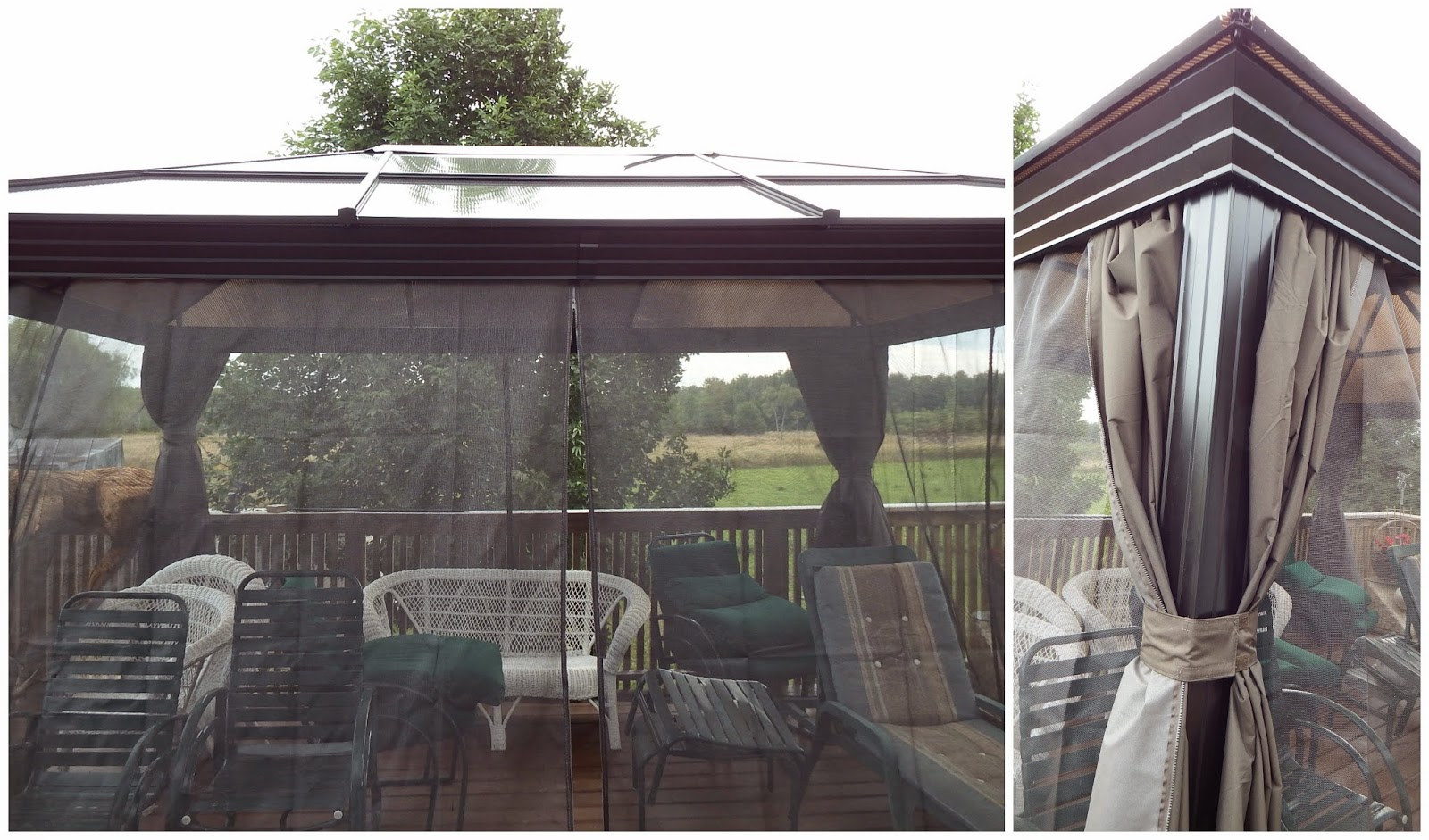 Dinner was simple this evening.  Rob bought a Deli Chicken from the store and I chopped up some fresh tomatoes and cooked them down with a couple of spices to add to cooked pasta. 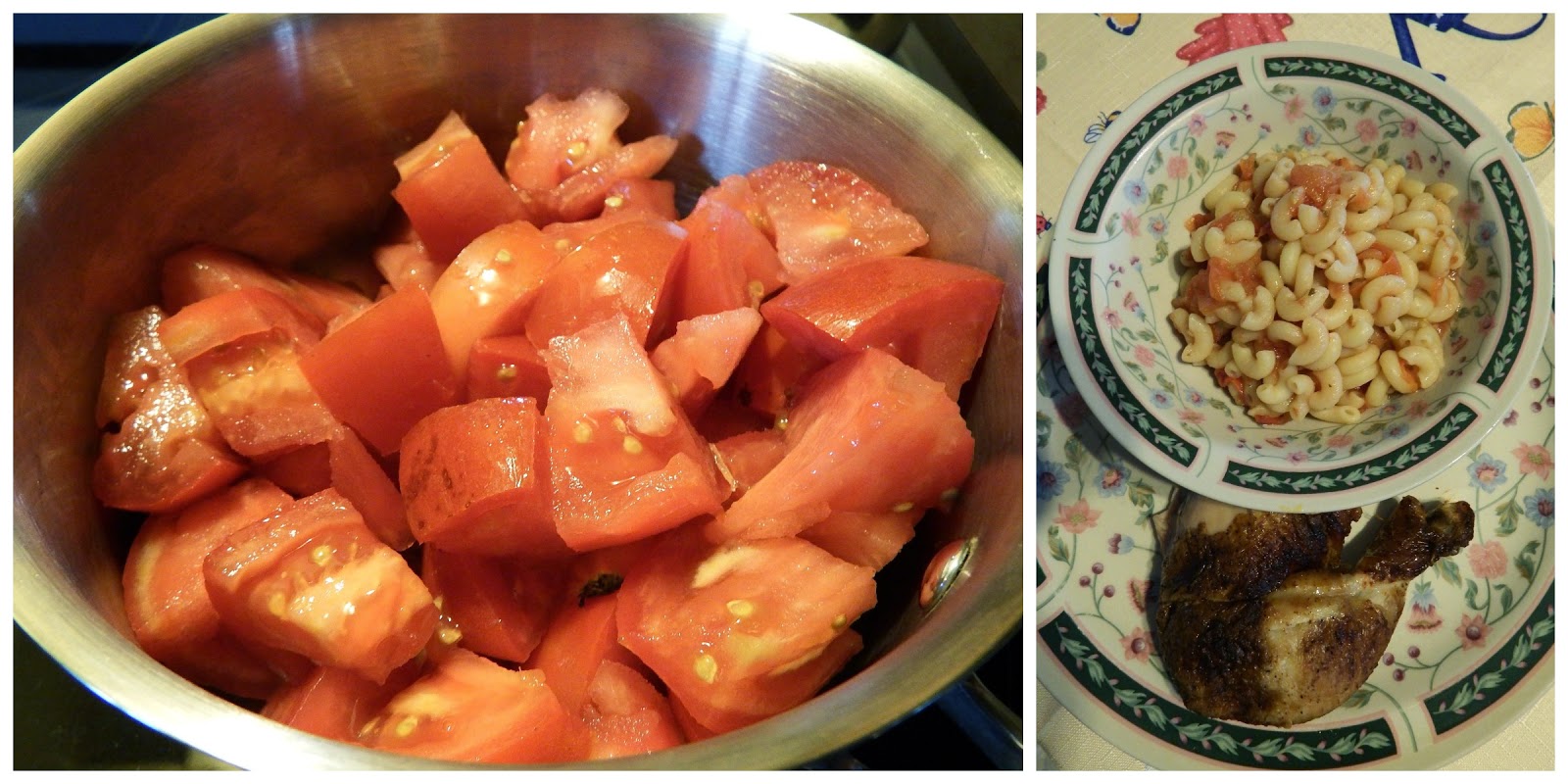 Rob was called out right after our Dinner.  I did up our few dishes and will now get myself a cuppa tea while trying to relax a bit before bedtime, Just North of Wiarton & South of the Checkerboard.
Posted by Cindy@NorthofWiarton at 9/04/2014 07:14:00 pm