This morning I did Crabby Cabbie billing, paperwork, made the bed, did dishes, washed a load of laundry and hung it out and looked after all our Aussies.

Just another day, but what made it great was having our friends here to make it seem like a "mini holiday" ...

Later today we headed out for an early Dinner at 3 pm.

Off we went into Wiarton, despite all the holiday weekend traffic, so Doug could fuel up his motorcycle.  What good are best friends if they can't "flip" each other the bird.
Thanks Vicki ... xoxo 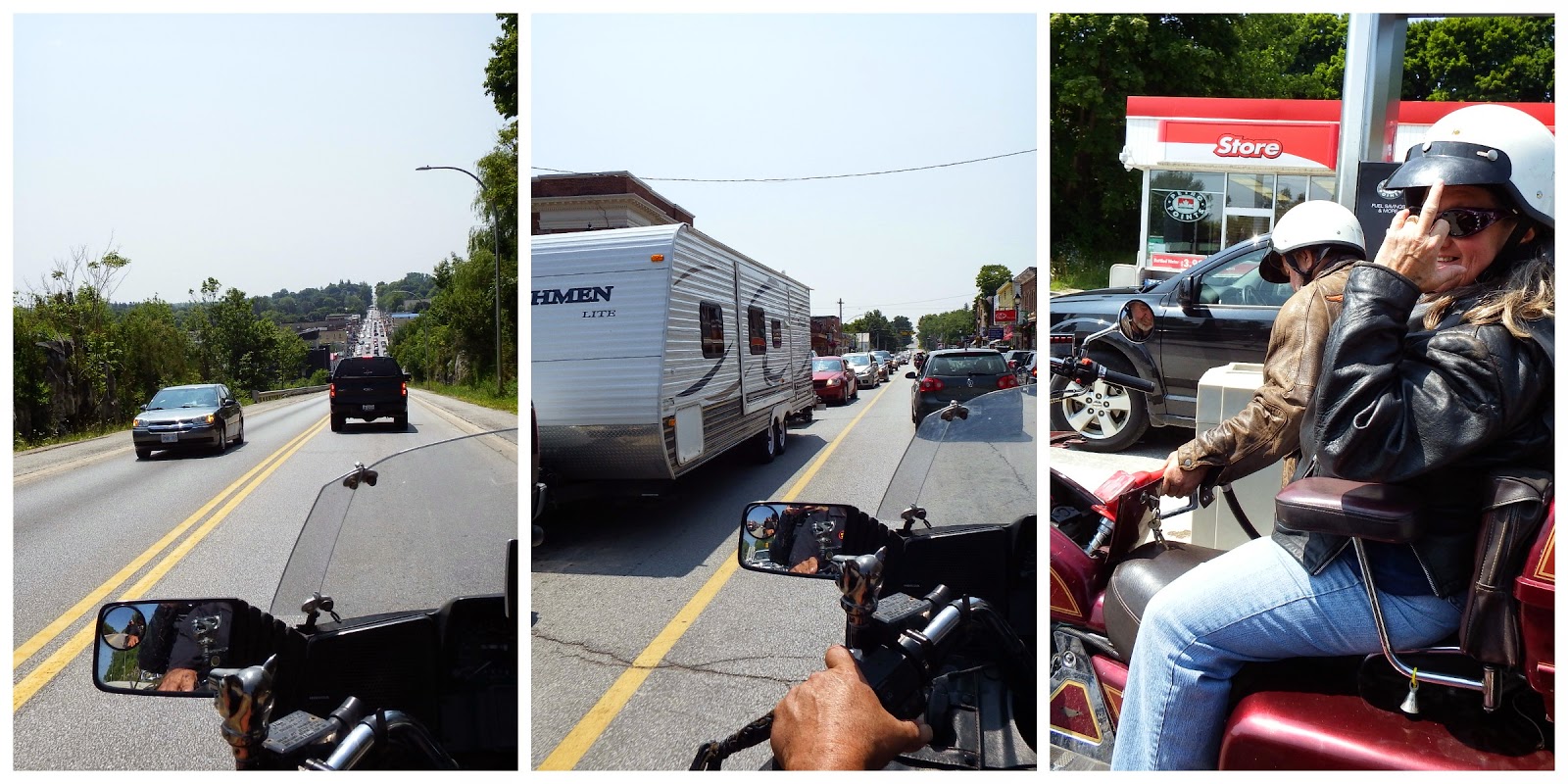 We made our way over to the Hungry Bear in Sauble Falls for a "Hungry Bear" Fish & Chip Dinner.  Two Dinners and two drinks for $18.00, not too bad at all. 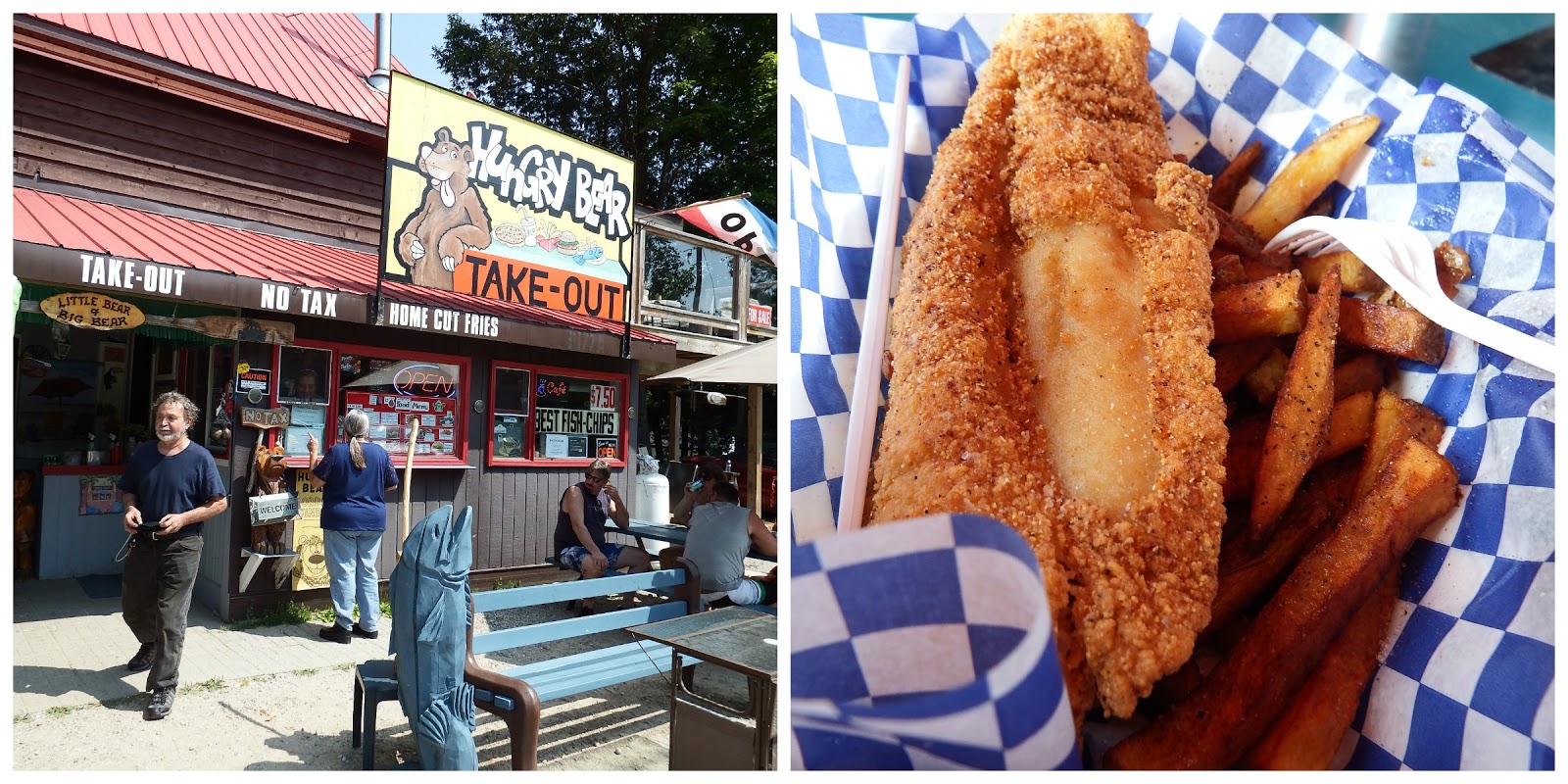 Doug wanted to pick up a 6 pack of beer, so we headed over to Sauble Beach to the Liquor Store.  Sauble Beach was CRAZY !!!  good thing we snuck in the back way, and got back out again. 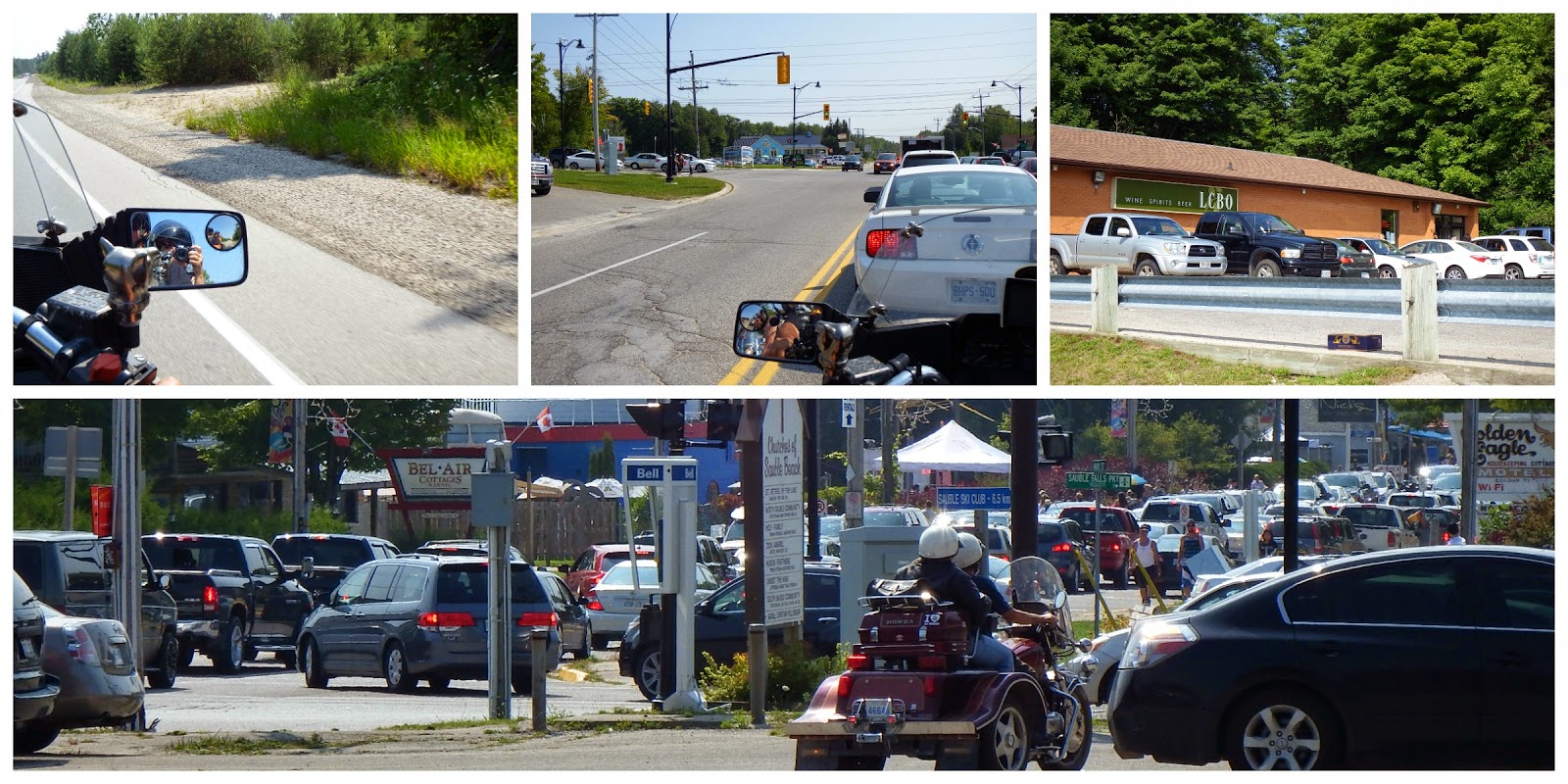 Before we headed back home Vicki suggested a homemade ice cream cone might be really good.  I suppose if one is going to blow it, they might as well blow it real good, and yes the ice cream was .... 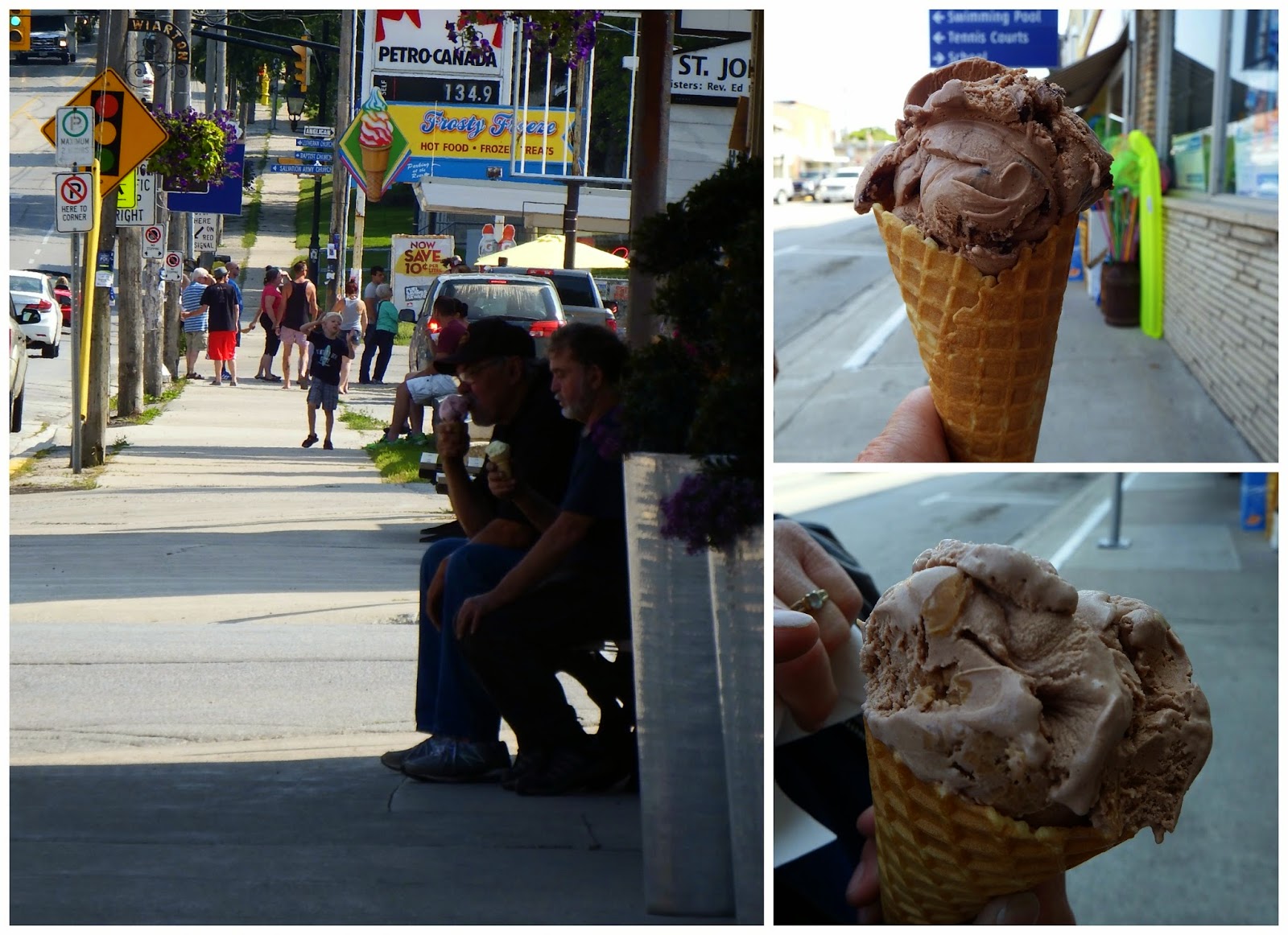 When we got back home we just sat around relaxing and chatting while Rob went out on a few calls.

We are planning on taking the whole day off tomorrow, and the weather has been absolutely beautiful.  Here is to another great day tomorrow, Just North of Wiarton & South of the Checkerboard.
Posted by Cindy@NorthofWiarton at 8/03/2014 08:09:00 pm