Busy With A Capital "B"

Yesterday our Grandsons had been busy in the morning helping Poppa do some work, which they were payed $5.00 each.

Of course by afternoon Grandma was transporting them downtown to Rankin River Trading Co. to get some Hot Wheel Cars and a couple of suckers.  Happy boys ! 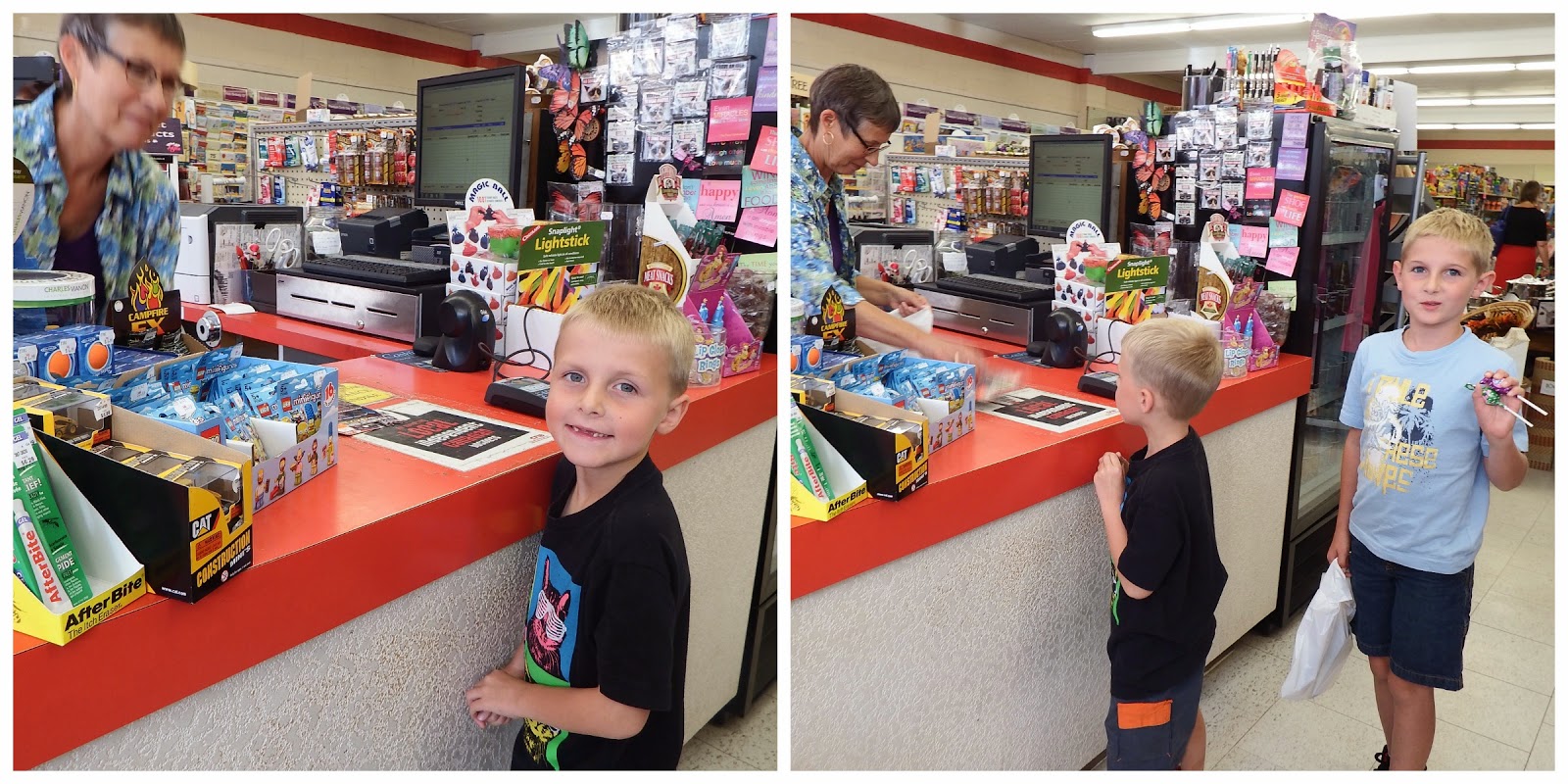 Last night we camped out in the RV.  The boys and Rob were very excited about that, and we had also picked up some DVD rentals.  Before all of that the real excitement had been when Connor had wiggled his wiggly tooth so much it had wiggled right out !

Yes a total of six teeth gone with Connor becoming a "toothless" wonder.  The Tooth Fairy did come to Grandma and Poppa's house leaving 8 shiny quarters behind for the boy. 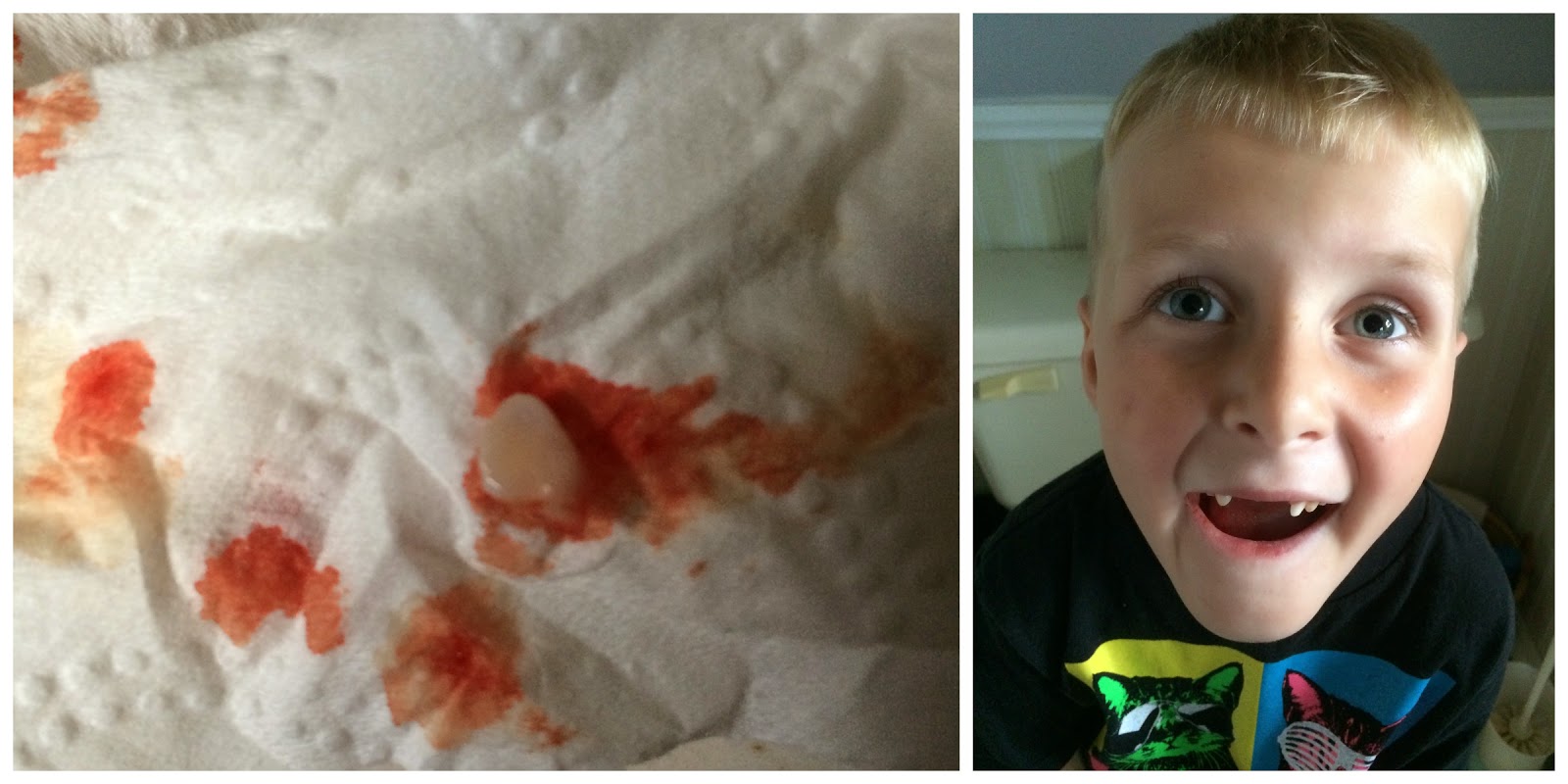 Patiently waiting for Poppa to get the Movie set up to play.  We watched the movie, Blended.  The boys and I loved it !  Poppa went to bed before it was over. 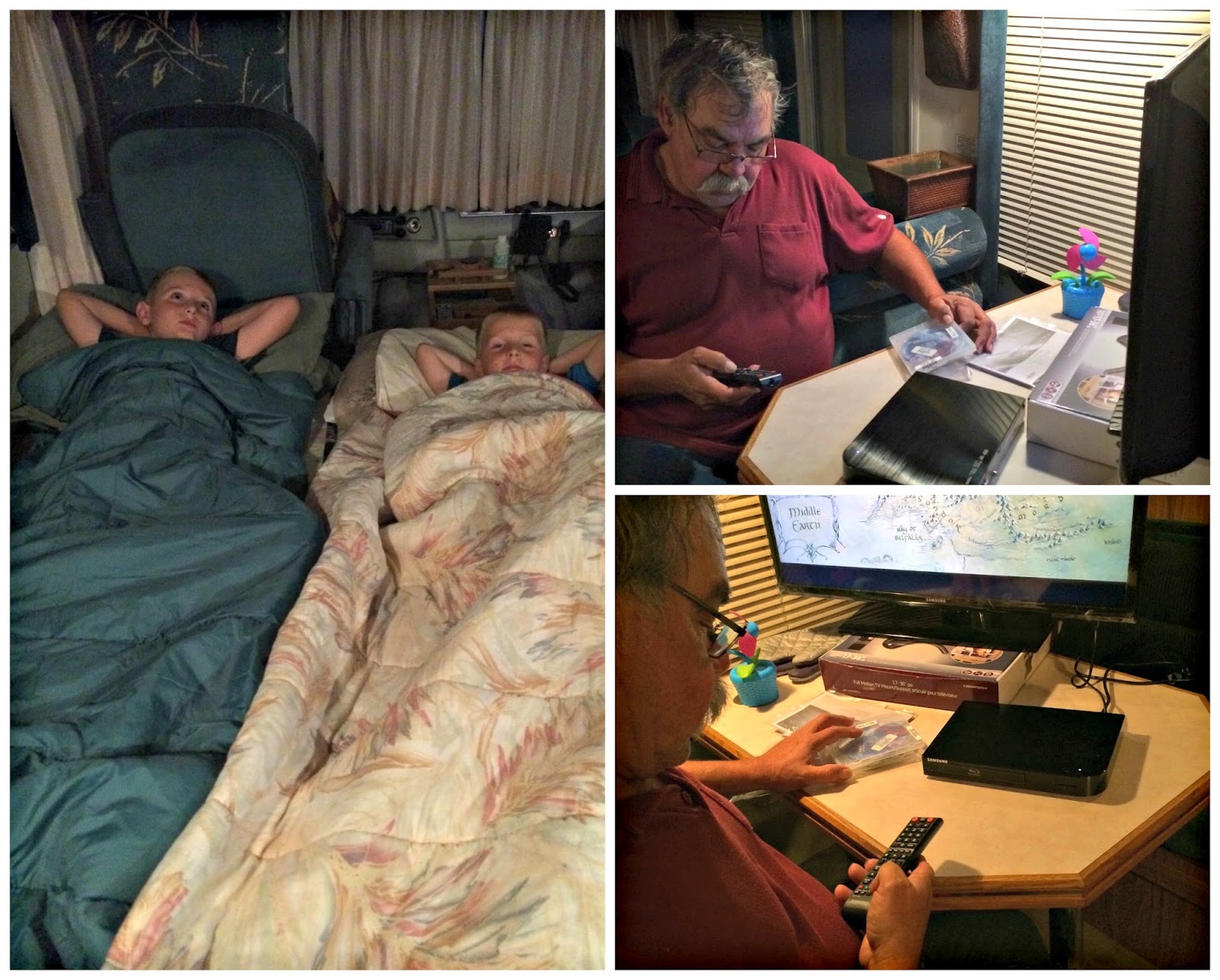 This morning the boys watched the other movie we had picked out, Spiderman 2, while I did 3 loads of laundry and tried to get a bit organized although it wasn't happening much for me in that department.

My sister and her husband, Jeanne and Cecil, were coming up to Wiarton to try the Salmon fishing today, so I took the boys down to Bluewater Park to play this afternoon and to meet up with them for a bit of a visit. 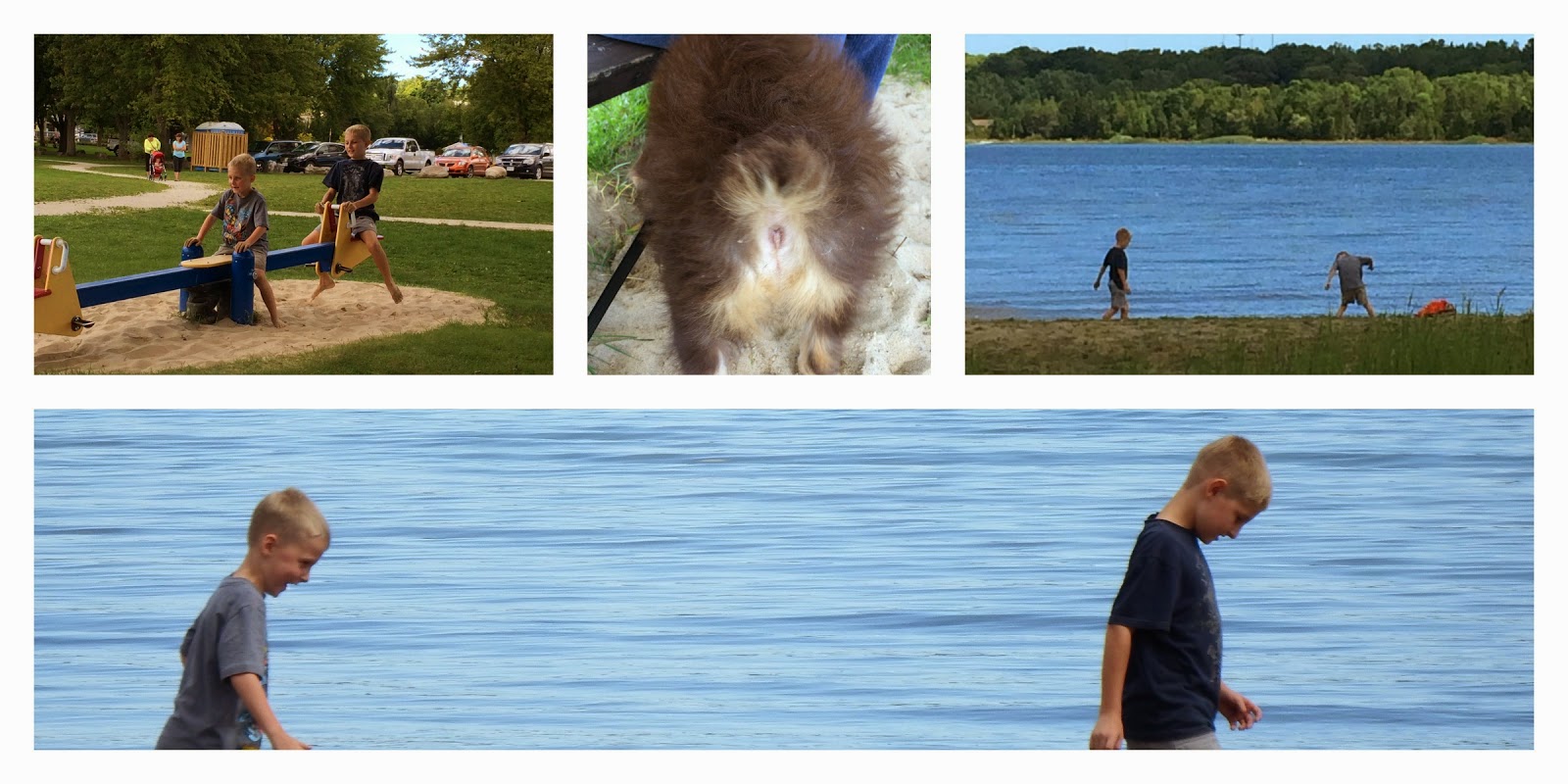 I love capturing our boys when they are not aware I am taking their photo. 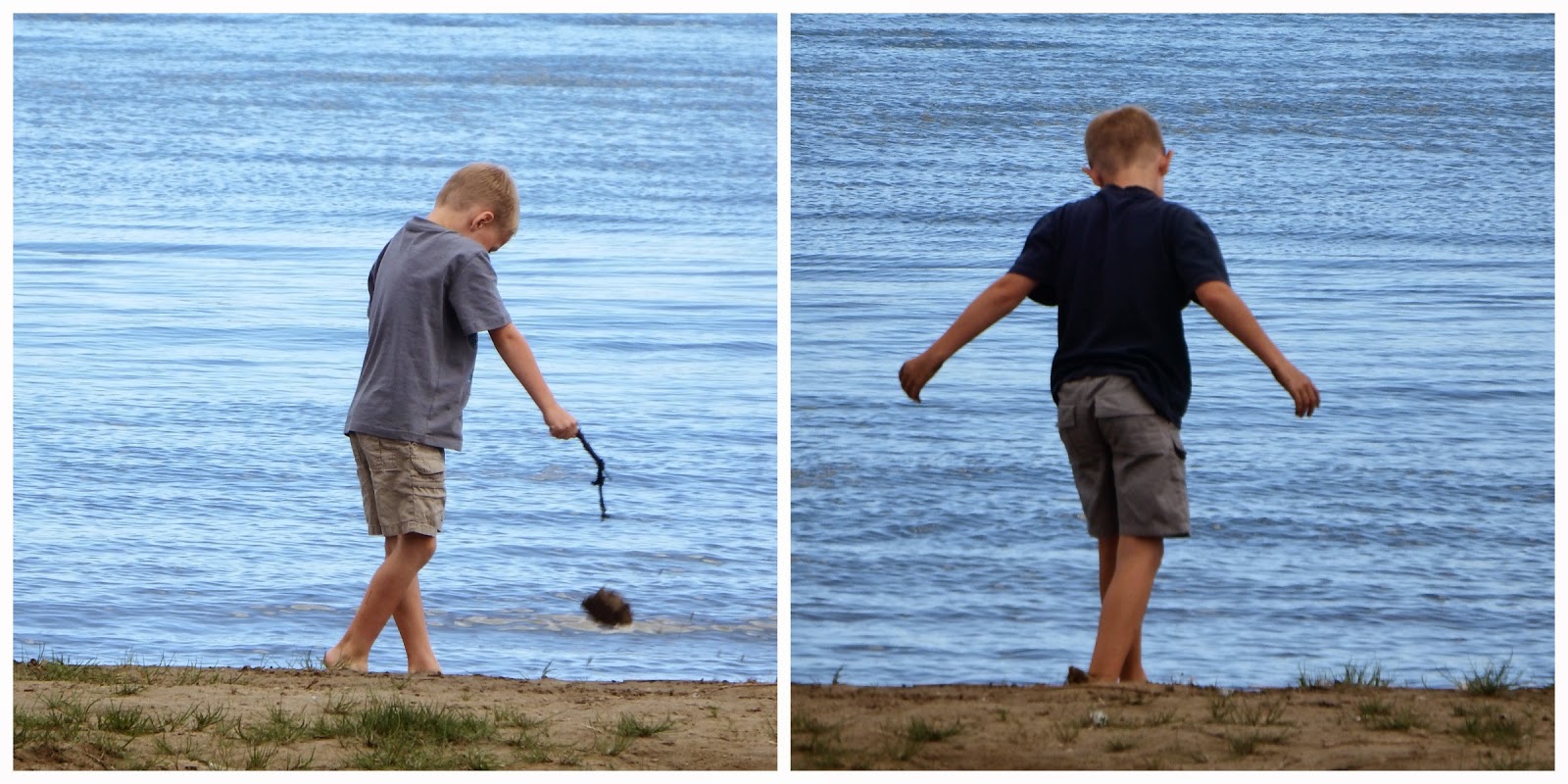 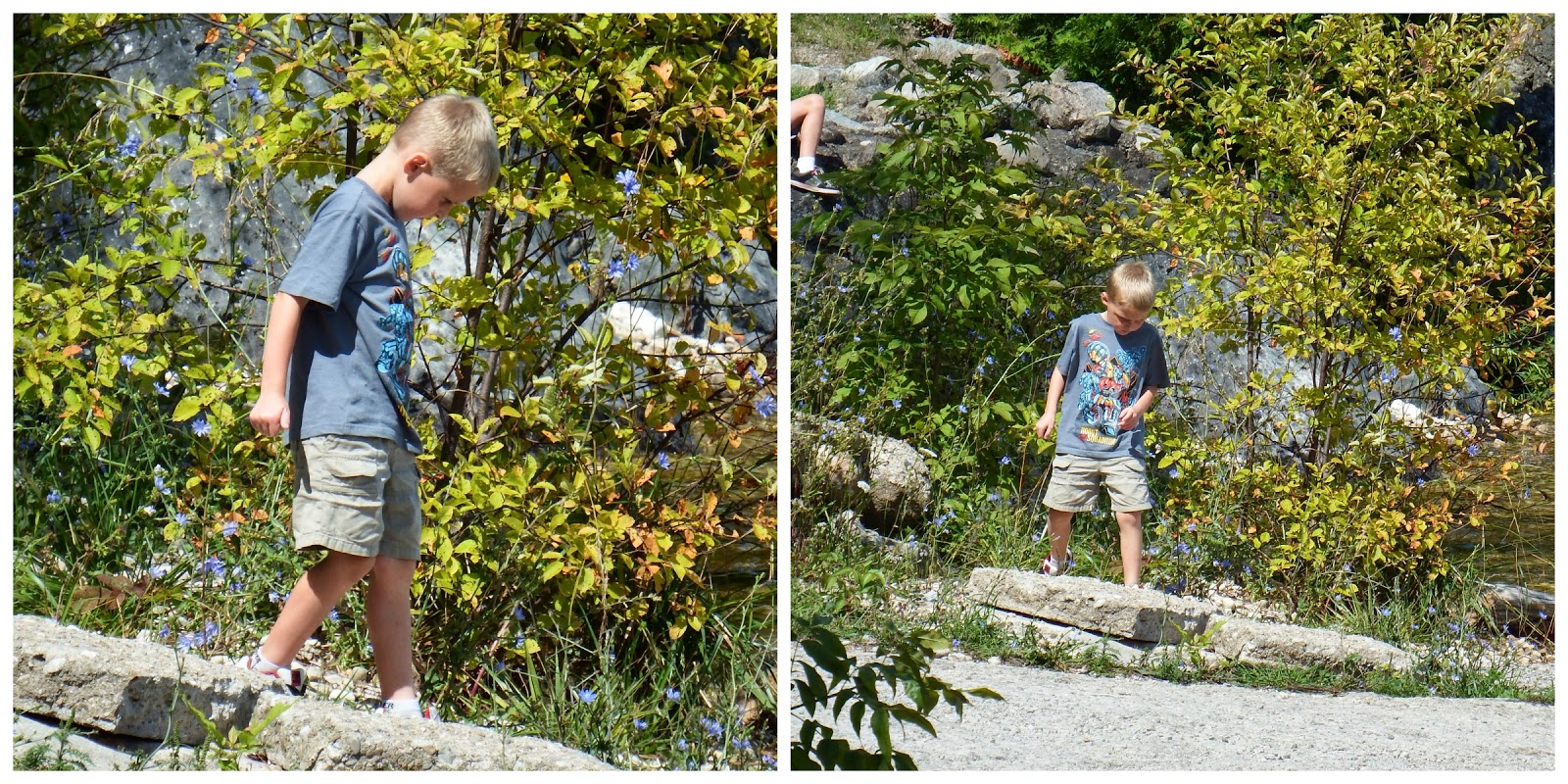 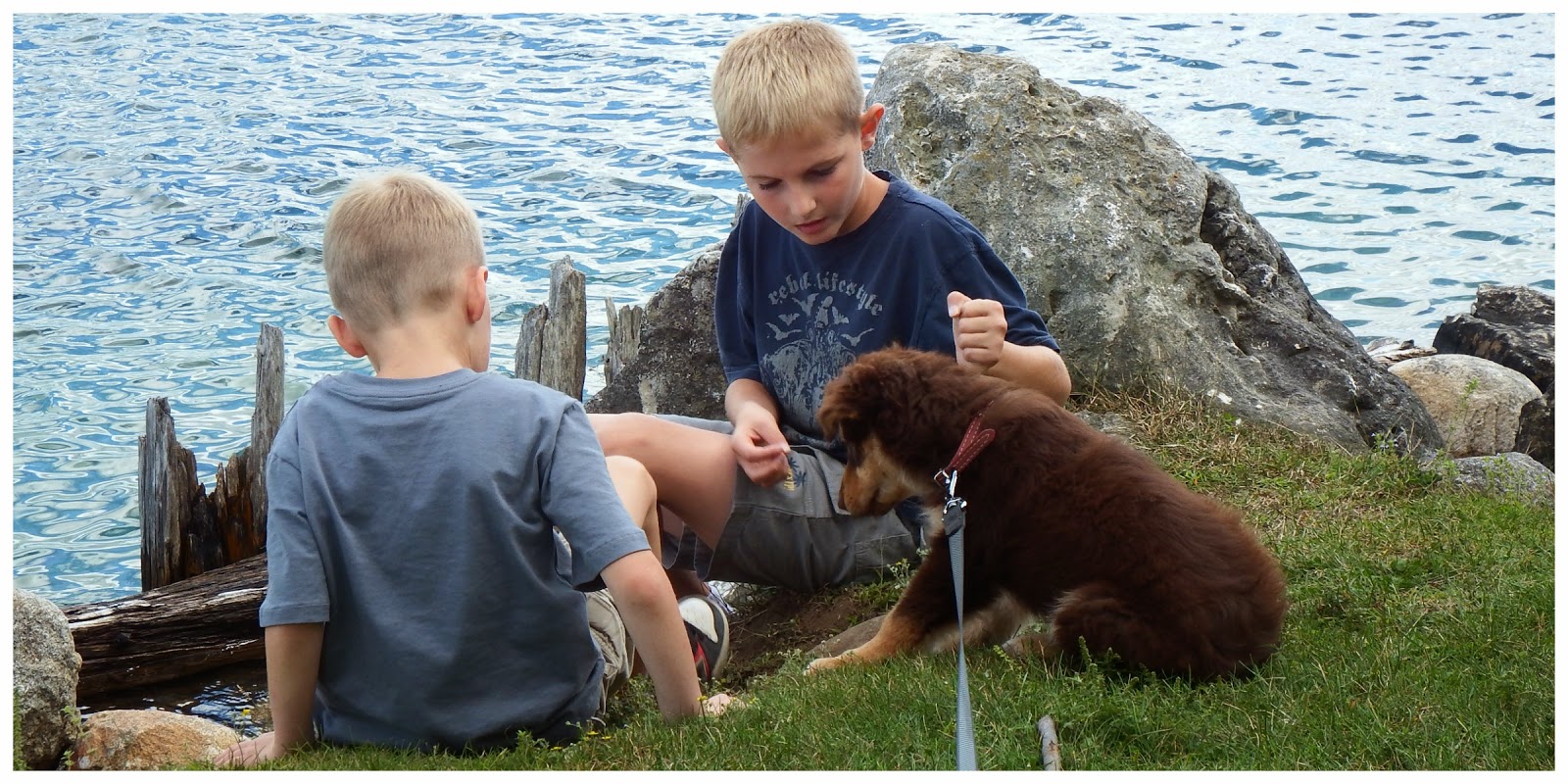 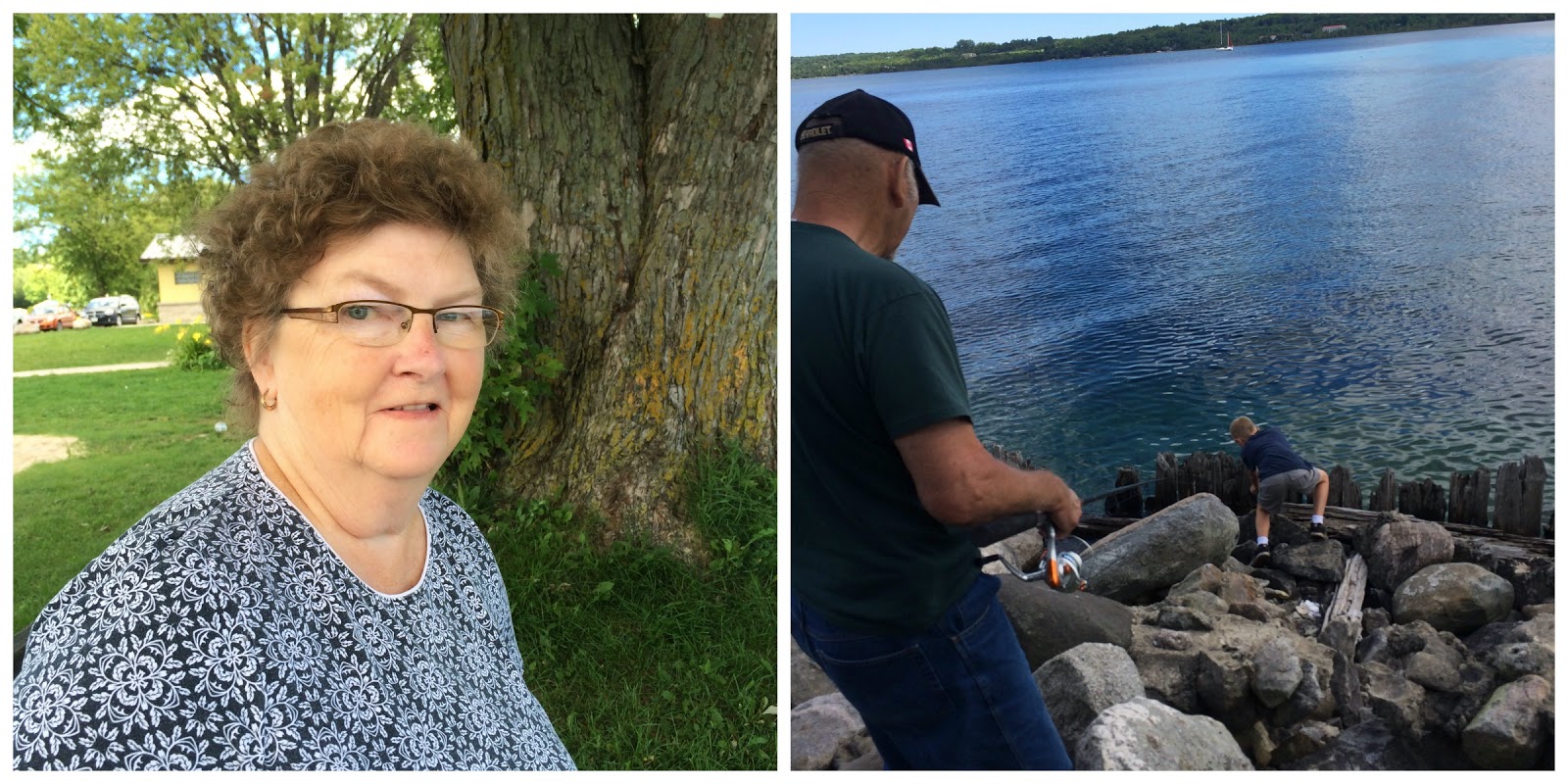 Between calls my dear Rob worked hard at getting our new Gazebo up.  A start anyhow as it is hard work, especially when one is working alone at such a big undertaking.  Thanks honey. Rob was very busy late this afternoon.  He was unable to make it to Dinner with the boys and I.  I had been so pooped from being awake all of last night, I decided we were going to have Dinner out at Red Fish Blue Fish, downtown Wiarton.


I had 1 pc Halibut & Chips, Aiden had Shrimp & Connor had Chicken Fingers & Chips.  Aiden loves him those Shrimp, just like his Dad ... Salads & Shrimp. Yes I have been very Busy with a capital "B", since the boys have been here.  Not that I wasn't busy before they arrived, Just North of Wiarton & South of the Checkerboard.
Posted by Cindy@NorthofWiarton at 8/28/2014 08:41:00 pm