Another Day Gone In A Blink Or Two

I know we were in bed before 10 pm last night, I know the phone rang at 1 am taking Rob out on a call, and bringing him home an hour or so later, and I know I laid in bed in the wee hours of the morn until finally getting up at 6:30.  From that moment on it was another day gone in a blink or two.

I had to be at the Owen Sound Hospital by 8:30 am for my pre-op appointment.  This appointment consisted of registering at Central Registration, going to the pre-op office, being sent down to the Lab to have two vials of blood taken, back up to the pre-op office to meet with a Nurse to be weighed and measured, and to be asked all the questions that I had already filled out on the Pre-surgical Sheet I had been asked to complete and take with me to this appt., then have everything explained to me what to do prior to and what would be expected post surgery.  Everyone was very nice.

For the record I have shrunk another half an inch, leaving now at 5' 4.5".  And again, for the record, my bathroom scales are "right on" with the hospital scales (that was depressing). 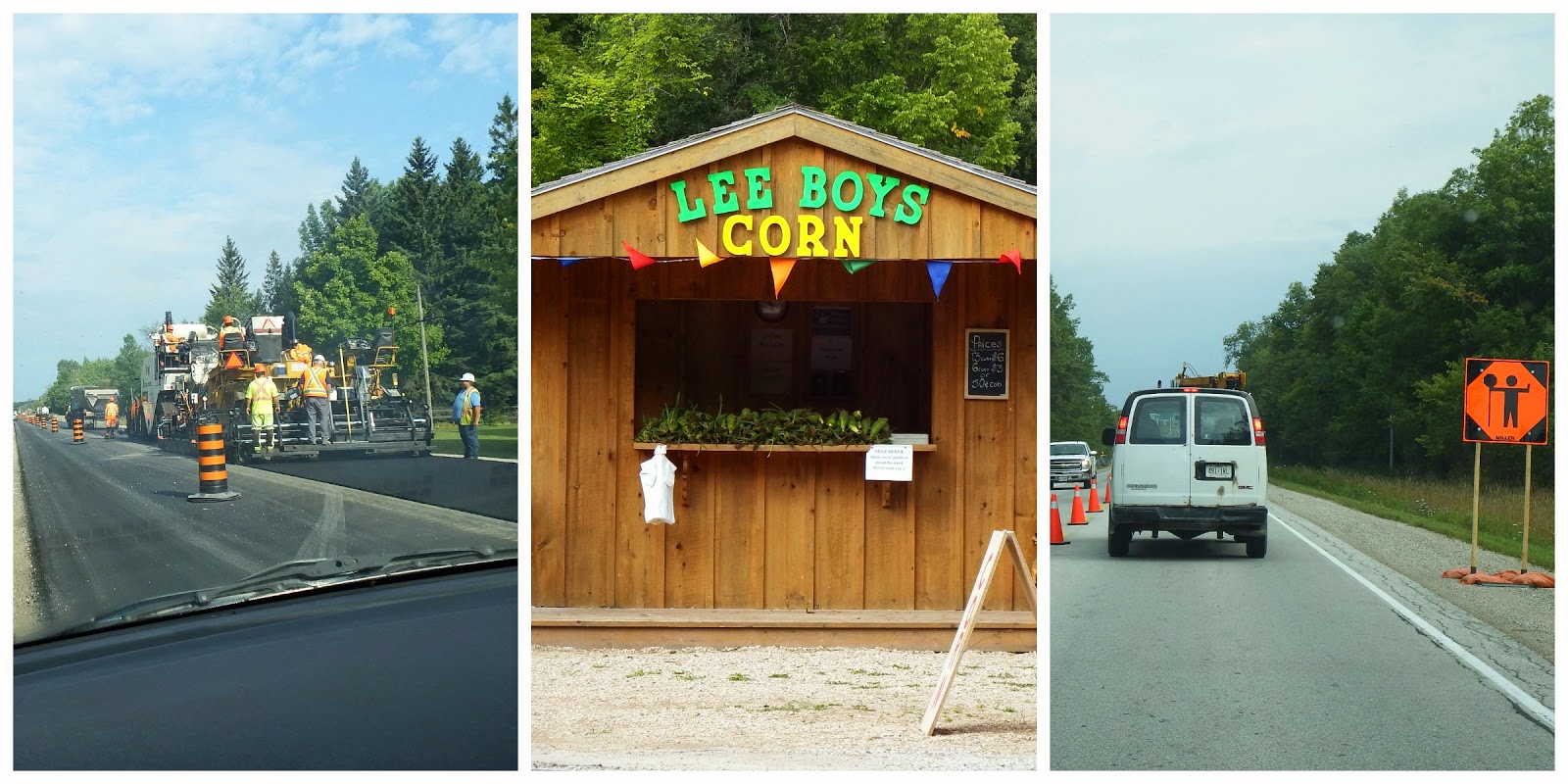 I arrived back home to do up the dishes from the night before, make our bed, take the Aussies out (that was first on the arrival home), then head on back out the door for another appointment at 11 am.  Finished up with that I got back home to have a bit of lunch, out with the Aussies and head back out to Owen Sound before 2 pm as Portia had an appointment with the Vet over there to have her bladder checked out.

She was a very good traveler all the way over and back.  She even tried to follow the rules of the road by attaching the seat belt to herself.  I normally crate or tether my dogs when driving, so I had the leash tethering her. 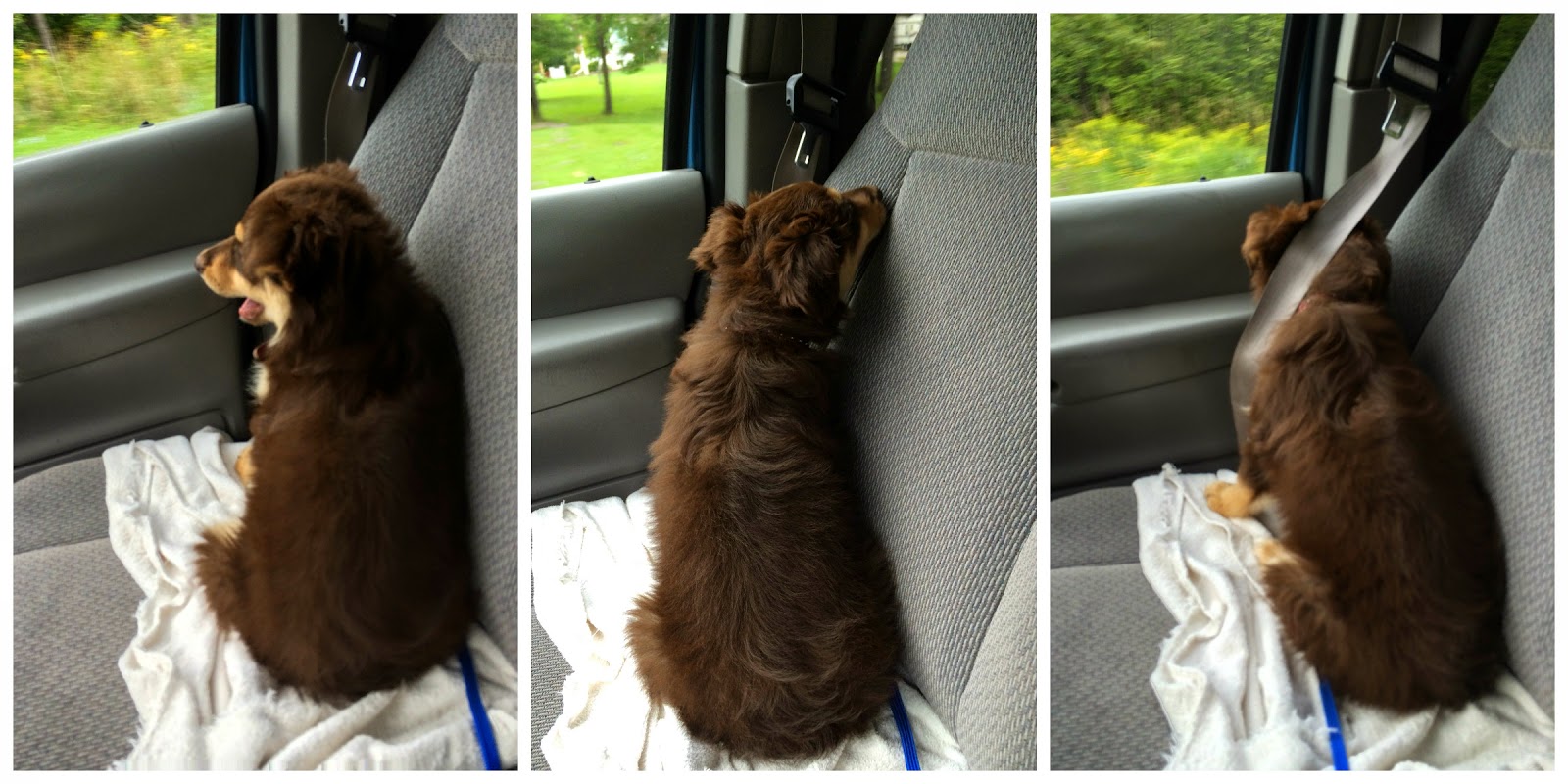 Portia had the "once over" by the Vet's dogs on arrival.  She must have met their approval as her and the Poodle had a bought of play before we got into our appointment. 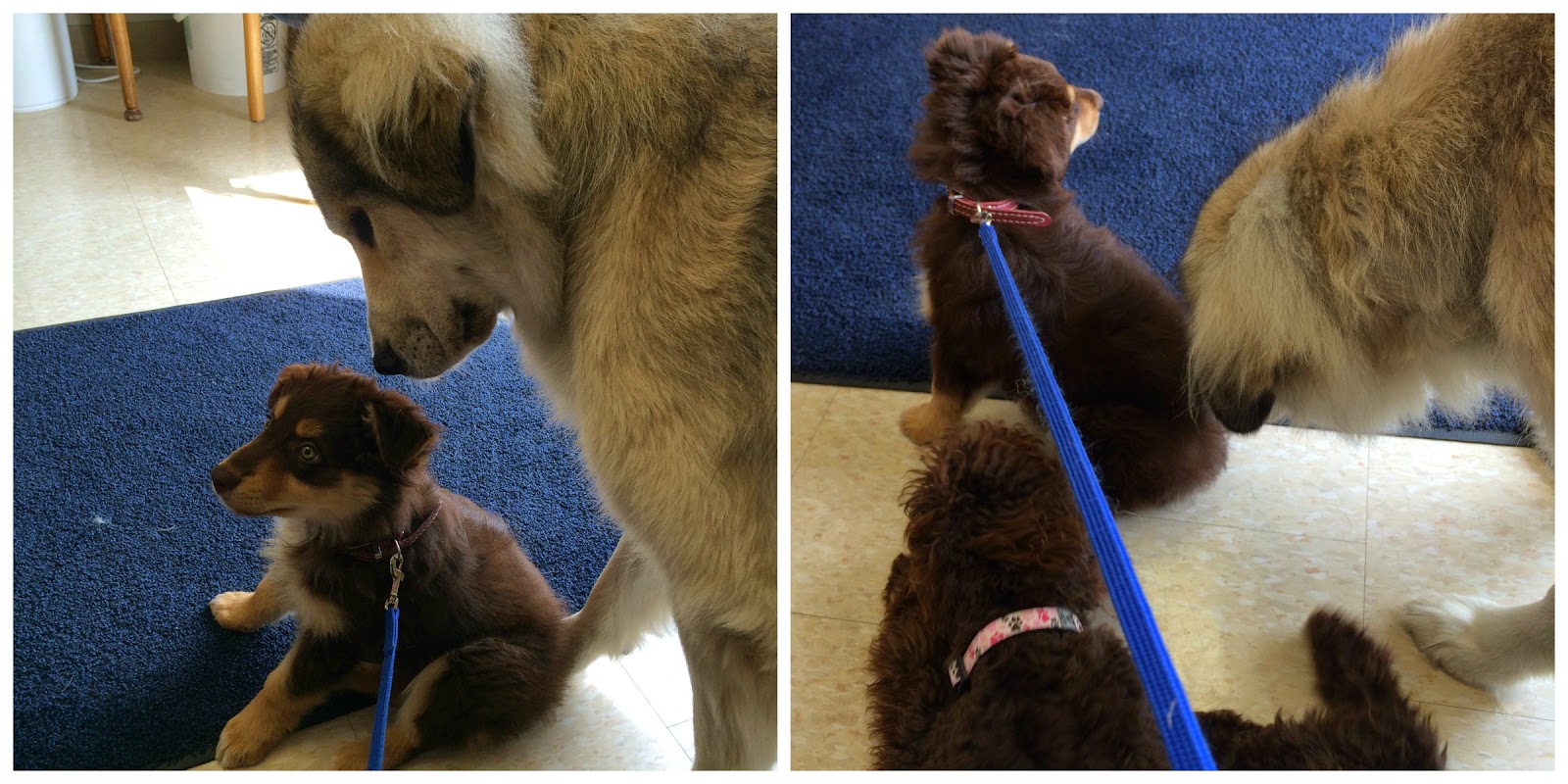 Portia's urine tested fine, however she is showing signs of holding back and not completely "voiding", so as a precaution she has been placed on medications for 7 days.  This Vet we seen today was not our usual Vet of the past 5 years, however I have been strapped for time and could not afford the 2 hour round trip down to ours today.  Preference of Vets?  I still LOVE our Vet at the Mildmay Vet Clinic.

When I got back home from Owen Sound for the second time today, Rob arrived shortly afterwards.  I had been getting our veggies ready for our dinner.  He got the BBQ going and had also picked up some hamburger buns and Stuffed Chicken Burgers (with Cheese & Bacon), as he thought it would be something different for us to try.


The size of the Chicken Burgers outweighed the size of the buns Rob had bought.  Rob liked these burgers, however I think I will stick with my plain jane Lean Turkey Burgers.  I also broke out the Pressure Cooker to cook our first feed of beets this Season. 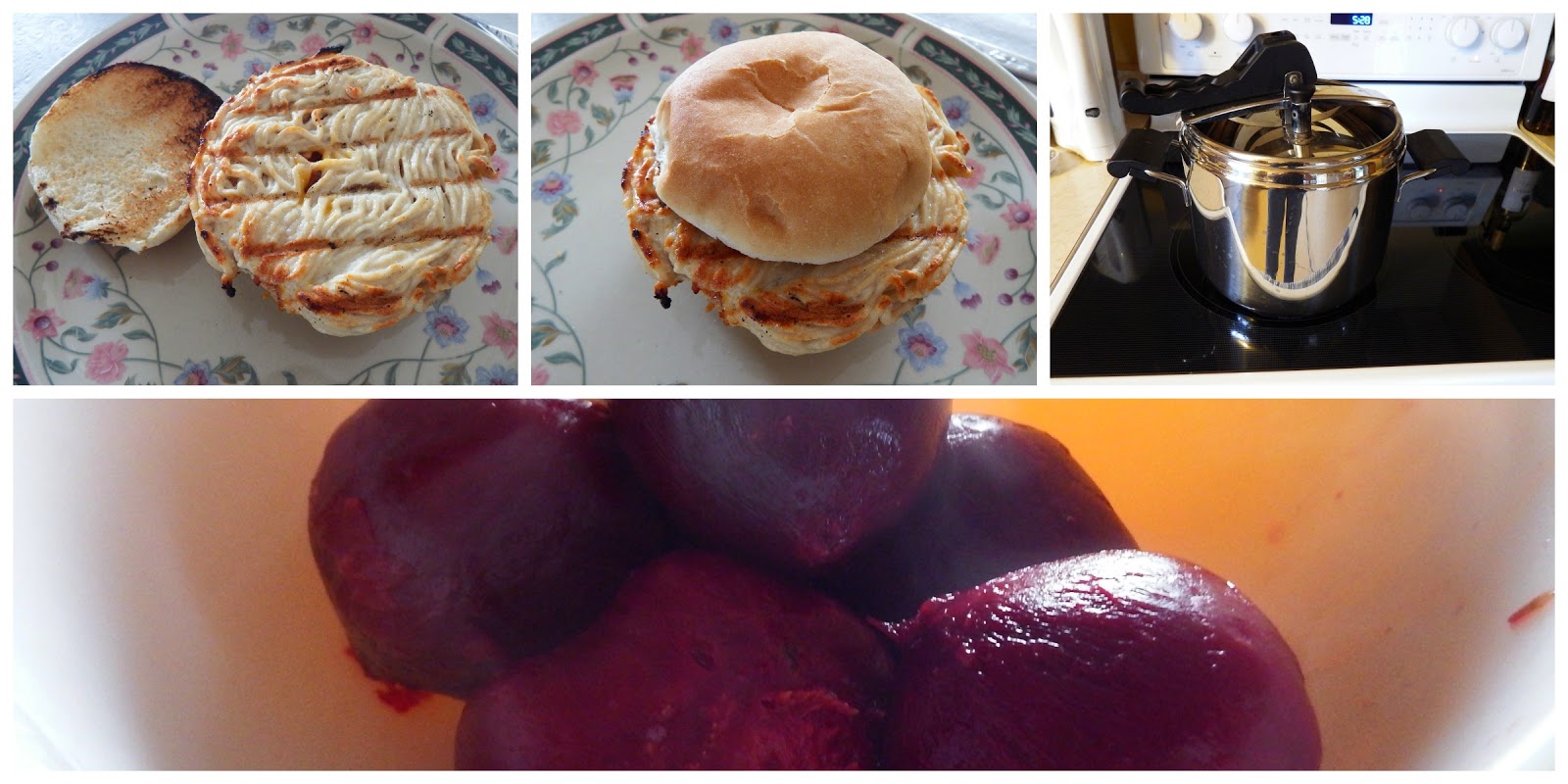 I hope next Year I do NOT do without a Veggie Garden.  Someone had posted on Facebook they had excess vegetables available to others from their garden.  I made arrangements to stop buy to get some from them on my way home from my 2nd appointment.  I got beets and beans, what I did not plan on was paying $2.50 /lb for the beets & $4.00/lb for the Green Beans.  That will not be happening again any time soon.  I also pay $6.00 per dozen for Corn at Lee Boys, not $1.00 per Cob.  I had said I would be by to get some beets and beans, keeping my word, but not planning to again anytime in the future.  I would not have minded paying $2.50 for a 3 litre basket of beets and maybe $2.00 /lb for the Beans, but the price I did pay? not again anytime soon.

Once Dinner was enjoyed, I got on to finishing a project I had started for someone.  Yes I have took something else on, and yes I am crazy, but you know it is for the benefit of the whole big picture, and that is Rob, myself and our home ... so that all has to be good, right?

The weather here had changed up again with overcast grey skies and rain.  I went to bed with a nasty headache, woke up with it and still have it.  My teeth and jaw are even aching it is so bad, as well as my neck.  Darn darn double darn, I know I said I would not complain about the Heat this Summer after that Winter we just had, but really when will Summer be arriving??? anytime soon that anyone might know of?

This girl is all in but for her shirttail, and planning on having another early night here, Just North of Wiarton & South of the Checkerboard.
Posted by Cindy@NorthofWiarton at 8/19/2014 08:15:00 pm