I am not sure what was going on with our atmosphere this morning, however I awoke with a nasty headache and had nausea all morning.  Thank goodness that all finally passed.  I didn't have too much energy at all most of the afternoon, but as we all know the day must go on, with or without us.

This afternoon Rob and I begin some preparations for our newest addition to our Family of Australian Shepherds.

I have been telling Bandit for over a week now that after Friday life will no longer be as he once knew it to be, but really I do not know if he has been paying much attention to what I have been telling him or not.  He did watch one while Rob set up the crate, and then had a snooze down the hallway where it will be situated.  Time will tell if he really was paying attention or not, won't it? 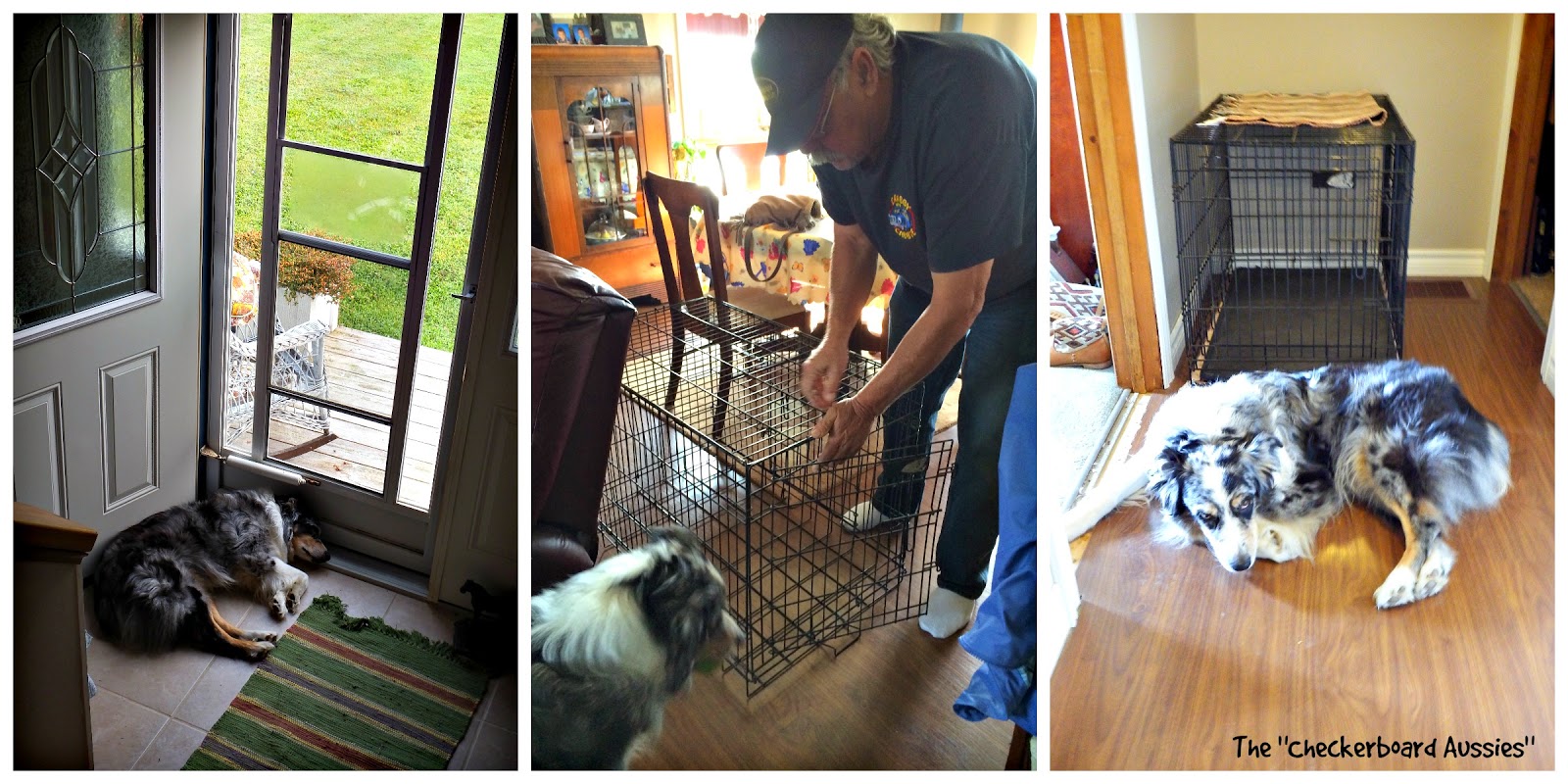 Rob was fairly busy on and off today with being called out.  Still there had been a lull early in the afternoon where he did manage to get in a wee bit of rest for himself.  I think he must have woke himself up as he had asked me if he had been snoring?

At 5:30 we were planning on going out to an amazing Fundraiser Dinner for the Wiarton Farmer's Market.  They are raising money to go towards new awnings at the Berford Street Parkette where the Market is held every Friday from May until October from 10 am until 2 pm.


My girlfriend, Abby of Miners' Maple Syrup Products, is the Market Manager.  She was at the Wiarton Community Centre to greet Rob and I as we entered.  The Lasagna?  there had been Beef, Lamb, Elk and three different kinds of Vegetable.  Fresh Salad with Homemade Berry Dressing.  Dessert was a choice of Homemade Ginger Cake with Maple Syrup or Mixed Berry Pie.  Beverages were also served.  All of this for $12.00 !  You can not beat LOCAL !!! 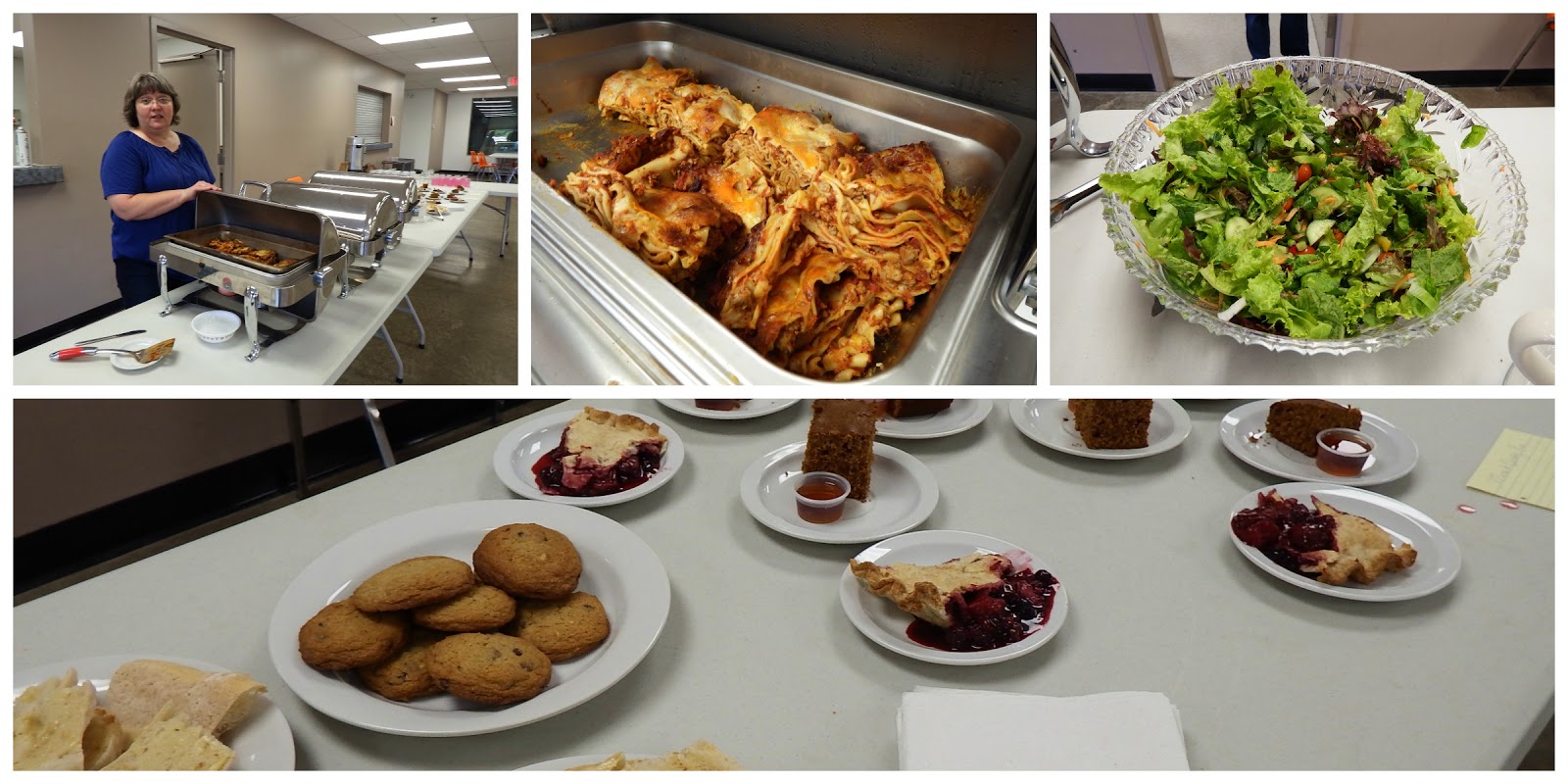 Thank you ever so much girls, my Lamb Lasagna and Rob's Beef were OUT OF THIS WORLD !  and the Desserts ???  I could have easily had seconds without even a thought to my waistline. 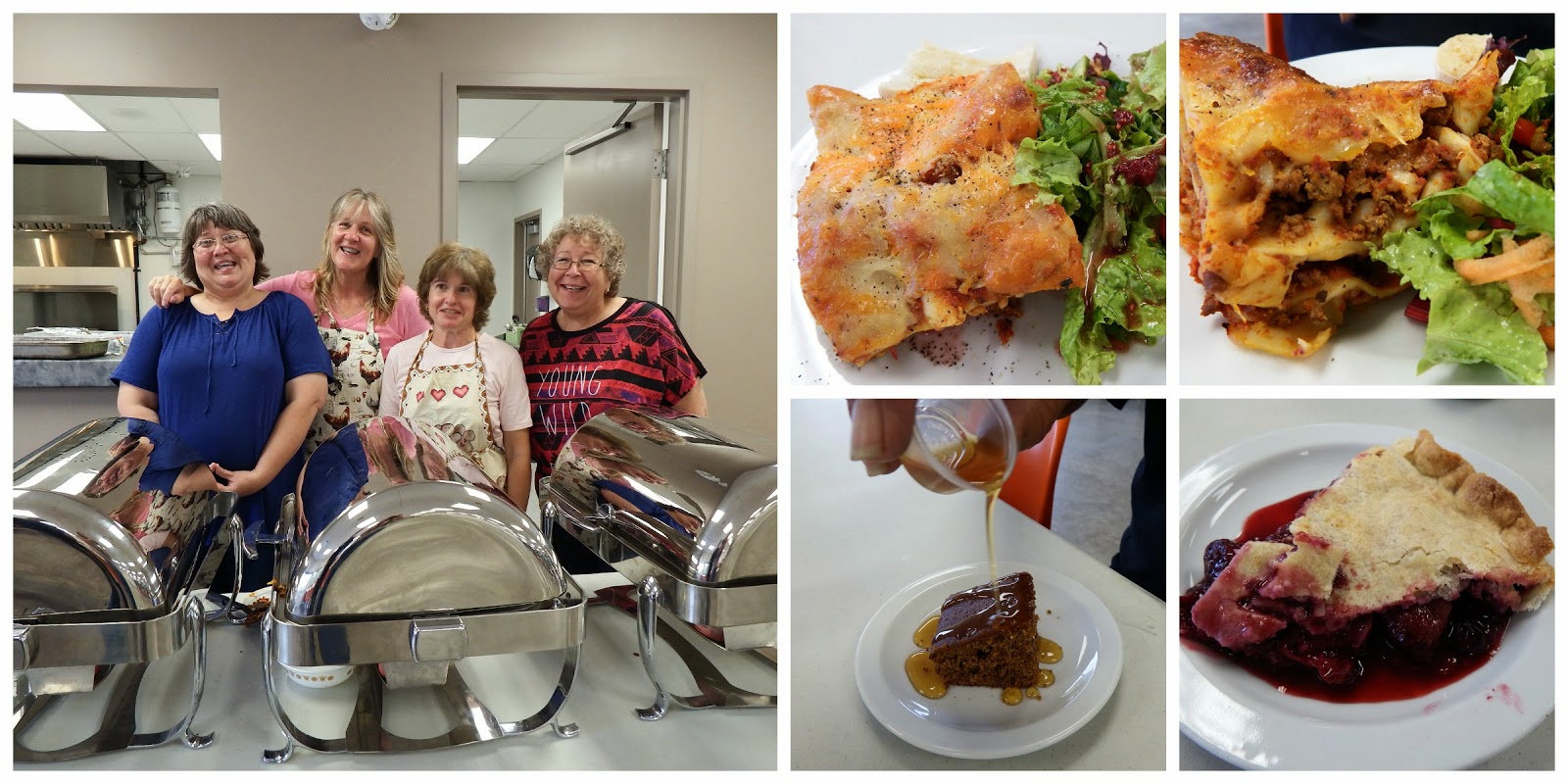 The Wiarton Farmer's Market is planning an Autumn Soup Supper.  Stay tuned as that will be another great Dinner event you won't want to miss out on, if you so happened to miss out on tonight's Dinner.

It had been a bit after 7 pm by the time Rob and I got back home, and then he of course had received another call.  I hadn't thought I would get out for a walk, but Rob had Buddy loaded up in the car for me and dropped us off before going out on his call.

I feel walking is getting easier then when I first started back again at it in June.  Every day seems to get a bit easier even though some days I have to push myself to go.

With the new pup arriving I am not sure what kind of schedule I will be maintaining be able to train her, as well as give everyone else in the pack a turn at getting out for a walk on a rotation basis.  I am sure I will figure it out somehow.

I have a busy day ahead of me tomorrow with the kids arriving mid-afternoon, and food to get prepared for a Family Reunion.

I am going to put my feet up and take it easy here for the remainder of the evening, Just North of Wiarton & South of the Checkerboard.
Posted by Cindy@NorthofWiarton at 8/08/2014 09:10:00 pm