Shall I be calling my Rob Crabby or Busy, as in Crabby Cabbie or Busy Cabbie, as he most certainly was busy today.  It began at 4 am, and ended about 20 minutes ago when he sat down (we will see for how long that lasts for).

Me? of course I am always busy, hopefully more busy in "action" then classed as a "busy body".  I am pretty much usually too busy with my own life and interests then to be concerned too much with what is going on in someone else's life.

Once everyone was up and at it, we headed on downtown Wiarton to check out the Farmer's Market.


Some Chipotle BBQ Sauce was purchased from my friend Abby, by Paul & Liz, as Chloe LOVES BBQ Sauce.  After Market we headed up the street to Lloyd's Smoke Shop where we all had a Homemade Kiddie Ice Cream Cone (it was almost 11 am you know) before we checked out a few downtown stores and shops. 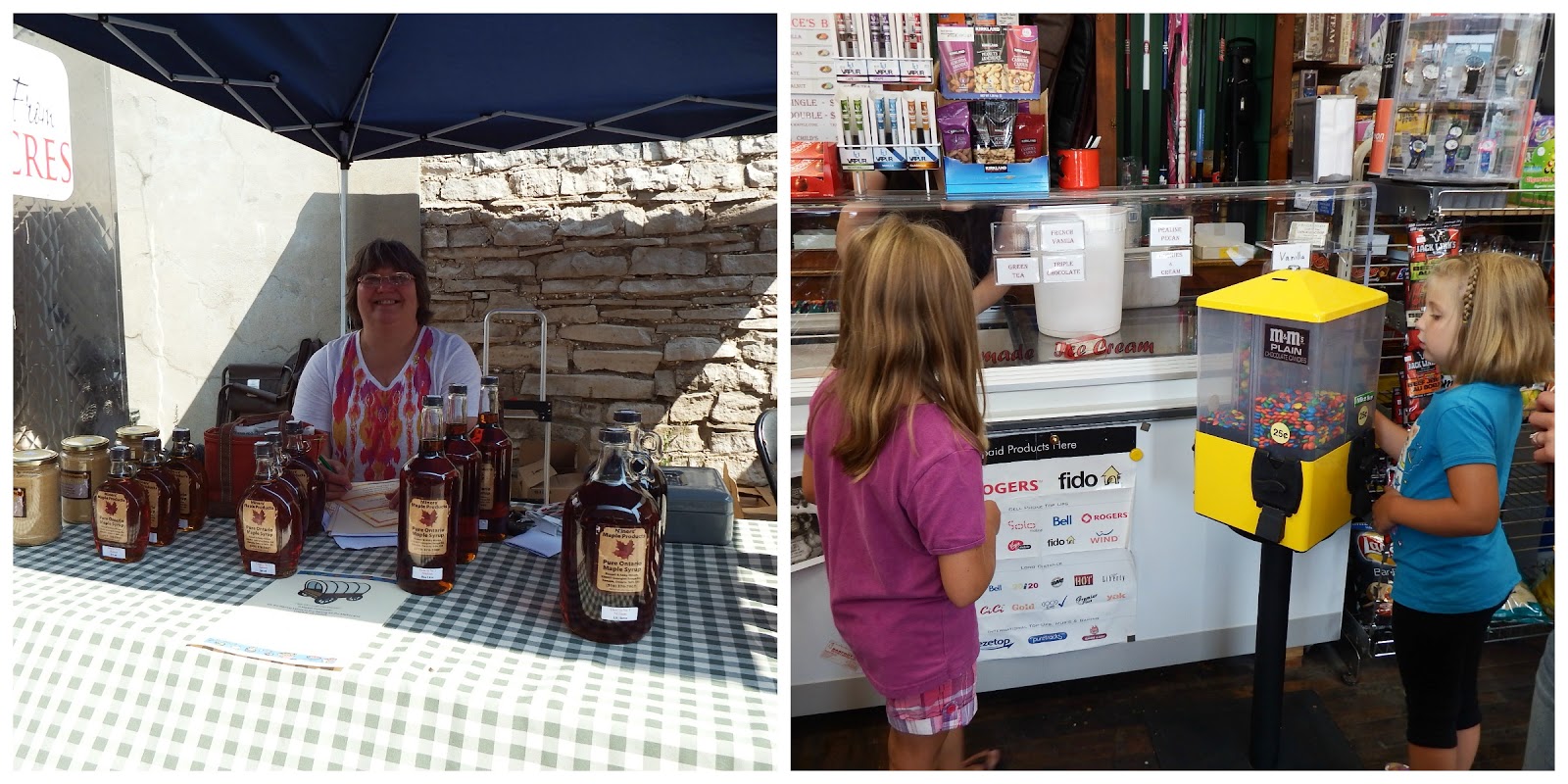 After our browsing was over, the girls and I headed over to Gateway Haven to wait for Paul and Liz to follow after picking up Grandma some Gladiolas as a "surprise" ... she LOVES Red Glads, as that is what my dad used to get her every Year (or so I had been told).


We surprised Mom when she was exciting the bathroom.  Of course a photo of Paul and Grandma was required.  Ha ! as Grandma was heading down to the Dining Room for her lunch, while we were walking her down before we left, she had to feel Paul's muscles.  This was always required of Grandma by Paul when he was growing up.  Funny thing now is Aiden has followed with the same asking me to see how big his muscles are !  way too cute. 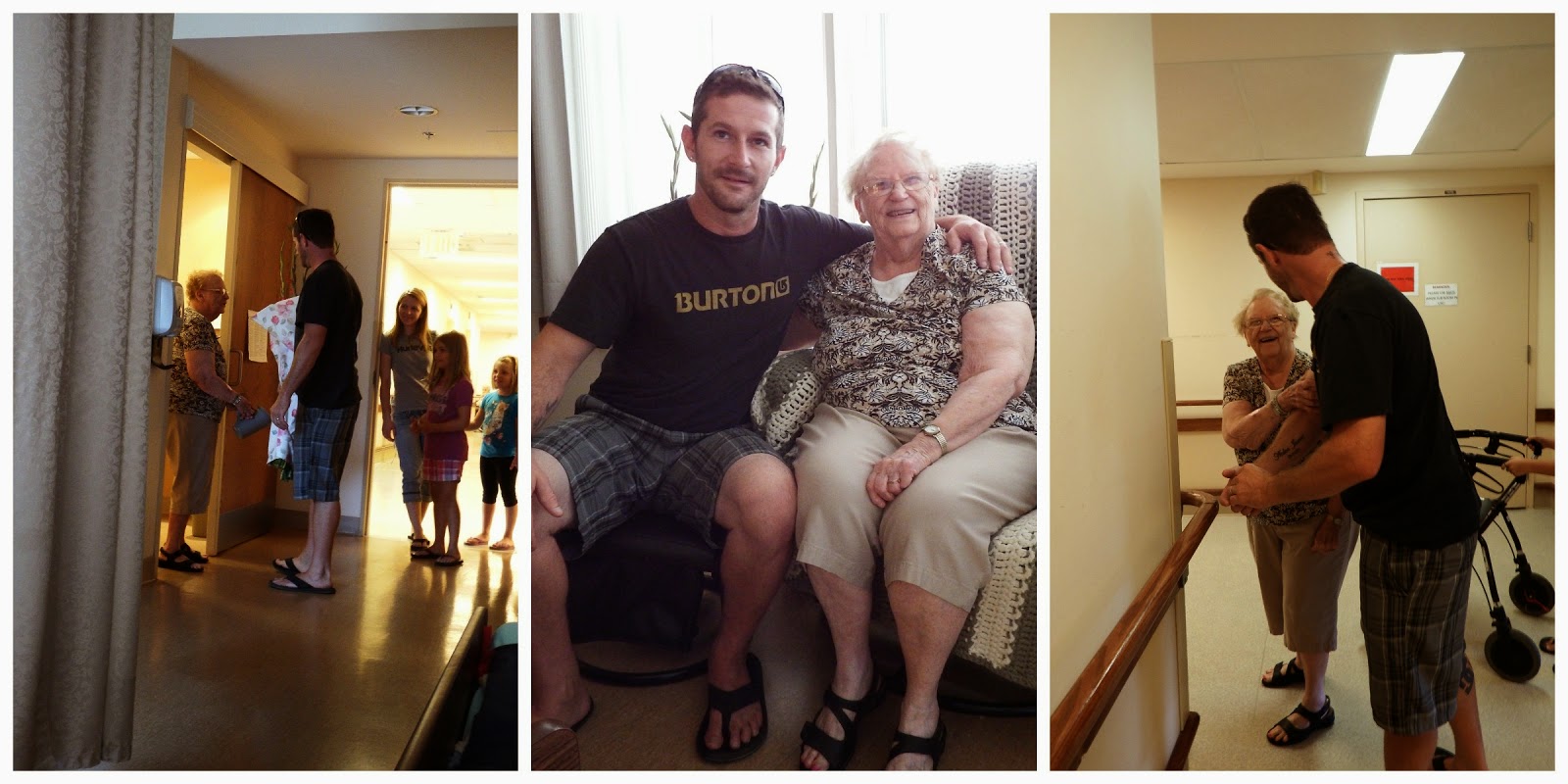 We next headed over to the Government Dock at Colpoy's Bay ...


The girls checked out the water discovering it was a tad on the chilly side.  My sister Jeanne, and hubby, Cecil, had been over there trying their hand at fishing.  They got to meet Liz and the girls, and also had not seen Paul for at least 7 years, so it was all good. 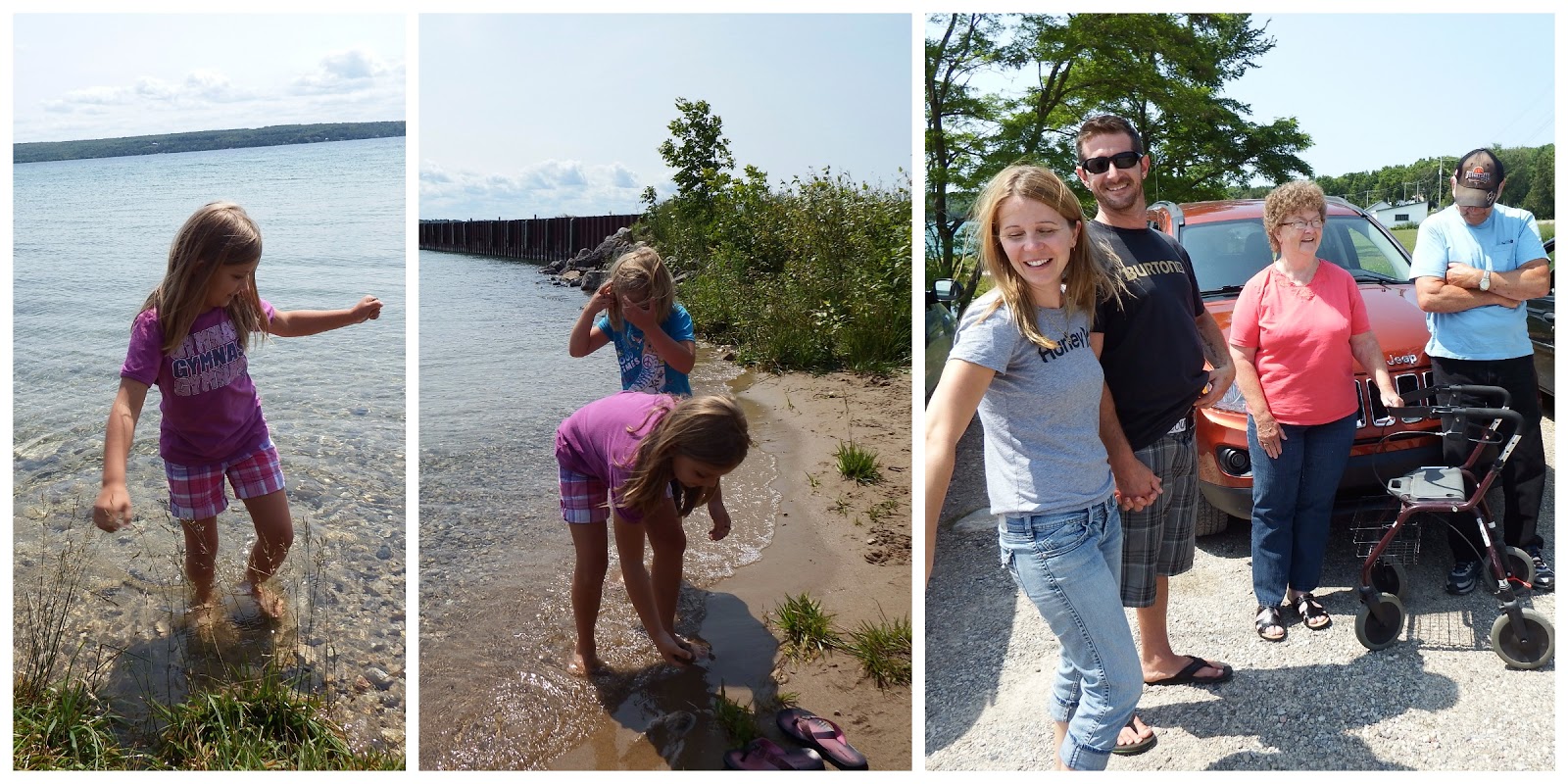 The kids all left after lunch, by 1 pm, as they had to be home for when Josh got home from the week of Camp he had been at.

Late this afternoon Rob and I were having a very rare sit down together on the side deck when a bird that I had observed gathering nesting materials earlier today had came along again. It had not been at all shy.


Checking with my friend, Cathy, on Facebook, I was to learn it was indeed a Cedar Waxwing.  These photos do not do it's colours justice however.  It is a very beautiful almost golden bird with black, yellow and red markings.  Check it out HERE. 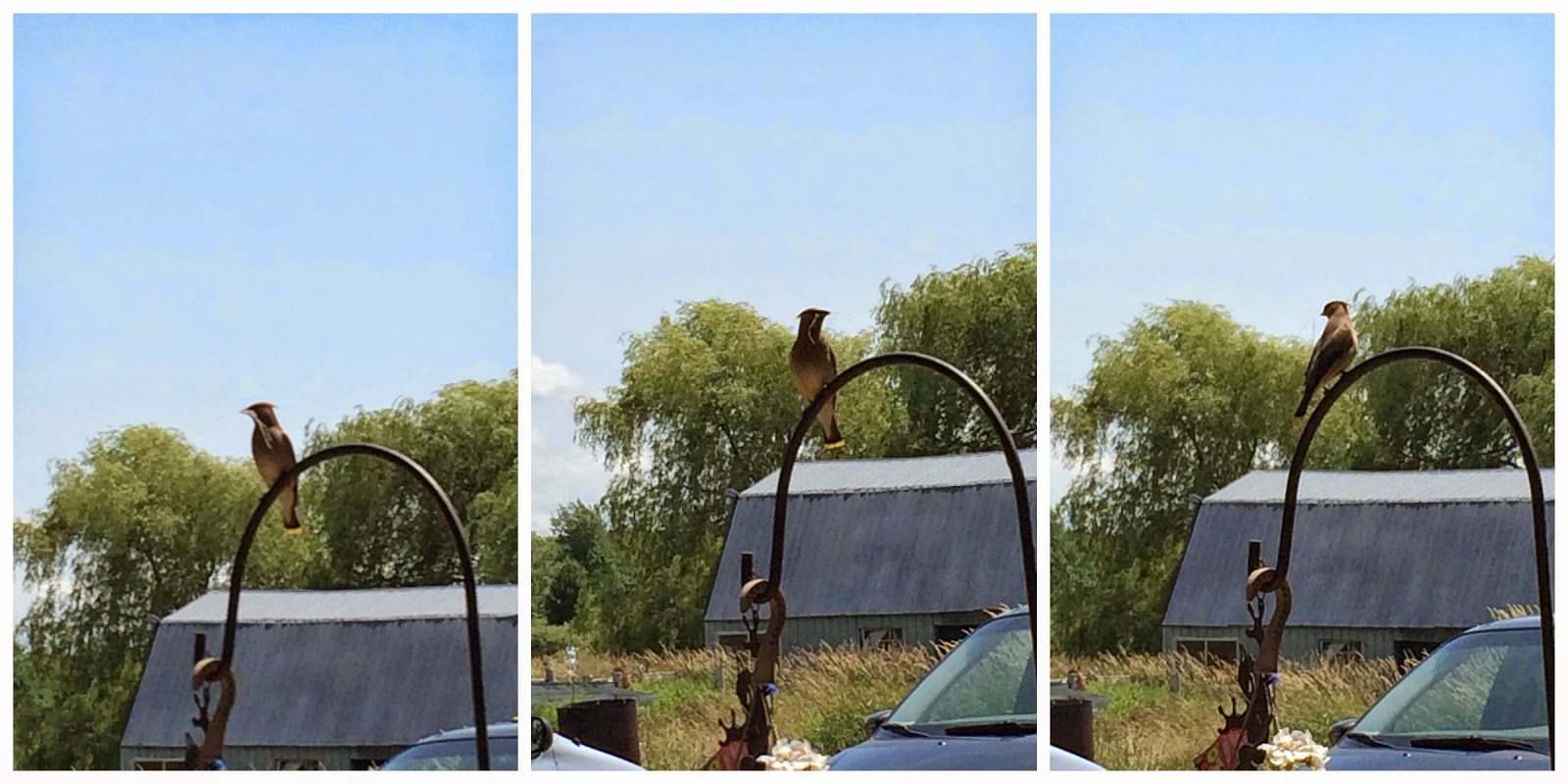 It had been very amusing to watch him/her gather nesting materials.  However I am not too certain why they are building a next in one of our big Red Maples at this time of Year?

Rob and I had a very quick Dinner of leftover salads, chicken and rib then headed out to pickup my car from the garage.  We have been "not too crabby", but "very busy" today, Just North of Wiarton & South of the Checkerboard.
Posted by Cindy@NorthofWiarton at 7/25/2014 08:31:00 pm