Damn, damn, triple damn, I forgot to take warm milk and cocoa before going to bed last night and it turned out to be yet another sleepless night.  Thank goodness, after I had gotten out of bed for awhile I went back to bed to a nice warm husband there to tuck my cold feet into.  They were darn cold !

"This was me today.  A bit here and a bit there, but I plugged along with nothing too exciting jumping out at me while getting 'r done." 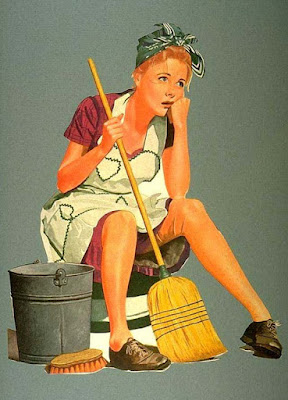 Early this afternoon there was some very unpleasant excitement that did go on here.

"And it all was caused by some ill mannered Buddy Boy deciding he would take a round out of mild mannered Bandit.  I make this statement not meaning Buddy is an unkind dog, but that this is what happens sometimes when two intact dogs come together, as really Buddy has a very loving nature towards us and others." 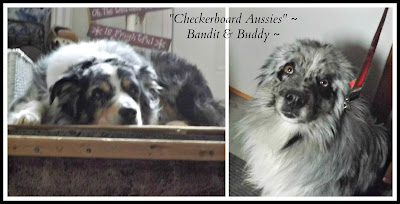 I had just came inside from being out with the girls, leaving Bandit out by himself as he is just fine on his own, while I took Buddy to put him out in the outside run, as it wasn't too bad of day until the rain started on later.

With Buddy outside in the run, I opened the side basement door to call Bandit in.... WHOOSH !!!  The wind had gotten up outside causing a vacuum effect pulling in the outside basement door to the kennel run.  While I had the door open for Bandit to come in.  I had not realized this and before the side door slammed shut behind me, out came Buddy.

I opened the door and almost had Bandit in, and was ready to get Buddy by the collar, however I was just not quick enough.  The battle began with Bandit holding back while Buddy tore into him.  It is unpleasant and terrifying to see the Nature of the Beast take over, whether it be humans or animals, however it is what it is.  The adrenaline kicked in.  I got behind Buddy and gained hold of his collar, pulling him until he finally let go his hold on the back of Bandit's neck.

I left Bandit behind as I returned Buddy inside to his crate with a scolding along the way.

I retrieved Bandit to inspect him all over.  He was fine, although shaken as I was.

Regardless of how cautious and careful a person can be sometimes "things" do happen out of one's control.  It is unfortunate but with much relief I was able to handle the situation.   I will not stand back,if I can help it, to ever allow harm to come by way of my dogs, whether towards each other or anyone or thing else that might cross our paths.


"I might be hanging a new "shingle" on my door in the very near future." 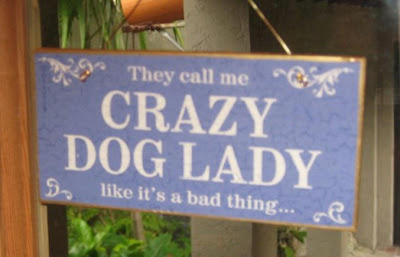 Shortly thereafter, once Bandit had the once over and de-traumatized, I took Buddy out on the lead for a walk in the back field.  He was very well behaved, listening the whole time I spoke to him ... hopefully there will not be a "next time".  Oh my shattered nerves .....

That pretty much wrapped up the excitement of my day around here, not that it is the kind of excitement one would ever go looking for (I hope not).

Do you listen the the Radio Station, 98 The Beach?  Turn on your radios tomorrow morning as there should be some SHOUT OUTS going on about the following Event this upcoming Saturday: 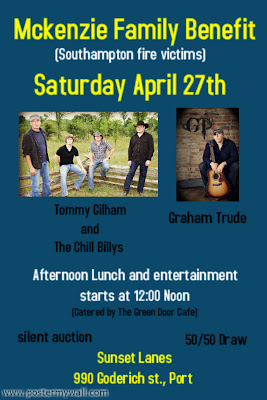 The Silent Auction Prizes are going to be awesome, with all the local businesses contacted chipping it without hesitation.  Hopefully I will have an updated list tomorrow on some of the cool stuff you can bid on, and who supplied it.  No ticket yet? then drop around to Cathy's Flowers and Sunset Lanes in Port Elgin to get yours prior to the Event.

GIVING BACK TO OUR COMMUNITIES.  Really is that not what is all about, supporting each other? I would like to think so.  I also have to look after MY "Crabby Cabbie" guy ....


Pssst .... I know I am a pain, but until the 12th of May I hope I am a lovable "pain".  Because of YOUR support and daily votes we are now at 401 Votes, 36 more then yesterday.  Many thanks to friends who have also been sharing the link to their own personal Facebook pages, what a wonderful gesture on all your parts.

Hardly enough when I look at some people's Small Businesses with Votes already in the high hundreds, however I still need to try my best.   Once again, please Vote daily for MY "Crabby Cabbie", until the 12th of May, here is the link: 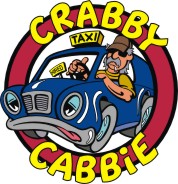 Tomorrow I have a busy day ahead of me, so I best be remember before bedtime tonight to have myself that  mug of warm milk and cocoa, "Just North of Wiarton & South of the Checkerboard."
Posted by Cindy@NorthofWiarton at 4/25/2013 05:25:00 pm