I was very excited to find out the move "The Hobbit" Part two was released on DVD today.  I made sure I went downtown to the Wiarton Video to rent a DVD so Rob & I could watch it this evening.  We had actually went to the Cinema to watch the first one in January 2013, and both LOVED it.

Just the other day a friend had sent me an email with the Subject Line reading The Hobbit.  I was delighted to see what the email held, and this is what I am sharing today as follows:

One Lord of the Rings fan in Chester County, Pennslyvania chose to take his love of the movie one step further and designed a real life Hobbit house. The Hobbit householder, who prefers not to be named, had the house built so that he could store his collection of memorabilia in a fitting place, he has been collecting for more than 30 years. 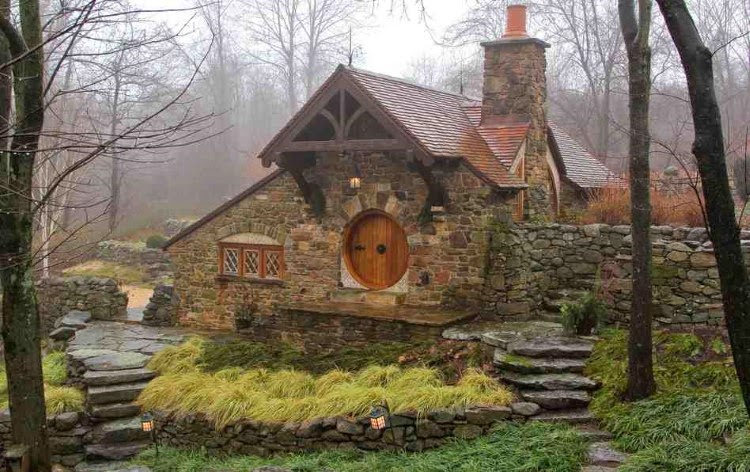 The cottage with the hobbit theme was designed by architect Peter Archer. He said “We wanted a single structure, a relaxing place that was diminutive in scale, for the owner to come and hang out and just be in solitude with his collection.” Archer went on to say “This isn’t something that you can recreate on a suburban cul-de-sac; it was made for this specific location and it wouldn’t work anywhere else.” 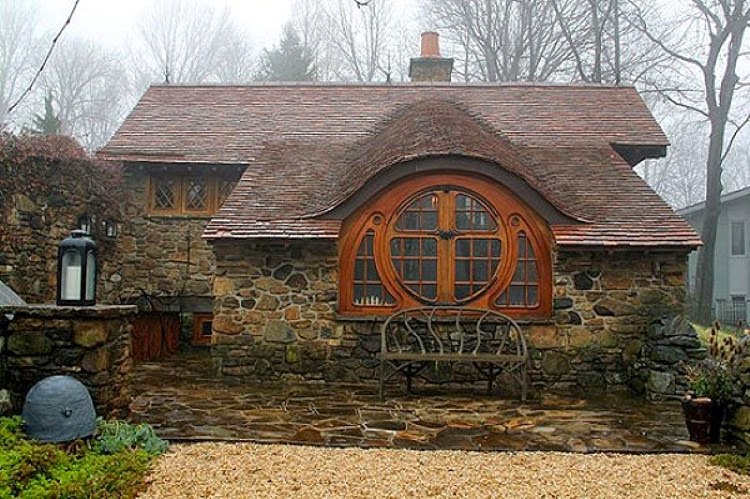 Peter is also a big fan of J.R.R. Tolkien, he wrote the Hobbit stories, including Lord of the Rings.
The real life Hobbit house is set just a short way away from the main house of the collector and in total it measures 600 square feet. It is just a short walk away from the main property, along a short flat stone path that leads through an English styled garden.
The house was designed with the familiar look of the house of the hobbits that is portrayed in the movie and even includes a round hobbit sized door, a pathway made of stone and walls made from small stones. Inside the hobbit house it is packed with Lord of the Rings memorabilia. 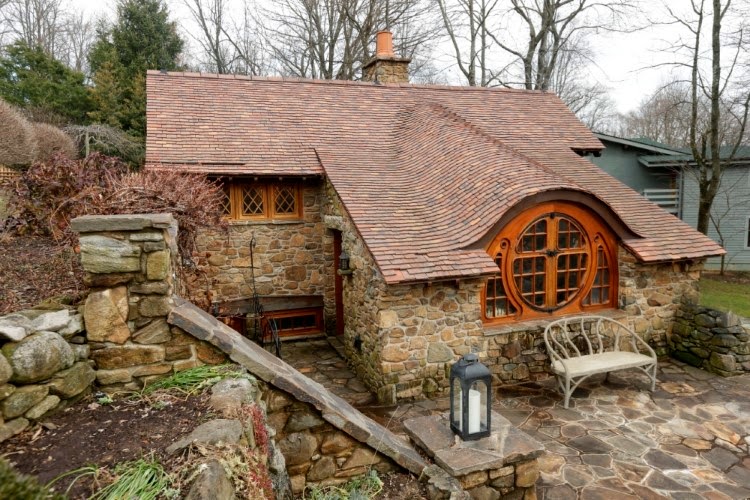 The architect and his team made use of stones that were salvaged from a long collapsed section of a wall from the 18th century.
Archer didn’t know much about the background and work of Tolkien but he brought himself bang up to date fast when he took on the project. He said “Upon starting the project I read the book The Hobbit and watched the Lord of the Rings movies, but more importantly, looked at the range of writings by Tolkien, including amazing sketches he had done to illustrate his work,” he says. “I remember at the start saying that we would be happy to design the structure but were not going to do a Hollywood interpretation.” 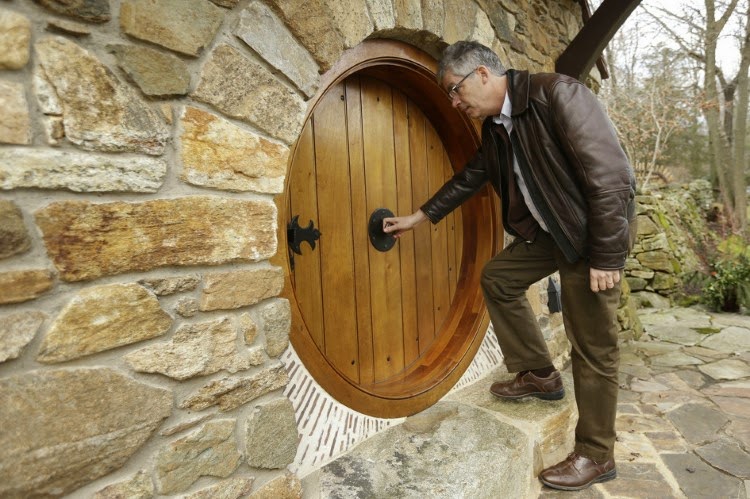 Another architect from Pennsylvania worked alongside Archer and the pair brought the Hobbit house to life. Archer said “He worked closely with me to interpret Tolkien and create the beautiful details that make this such a special building,” Archer says. “Also, there were a host of builders and landscape people who put their hearts and souls into the making of what has been coined a ‘Hobbit House.’” 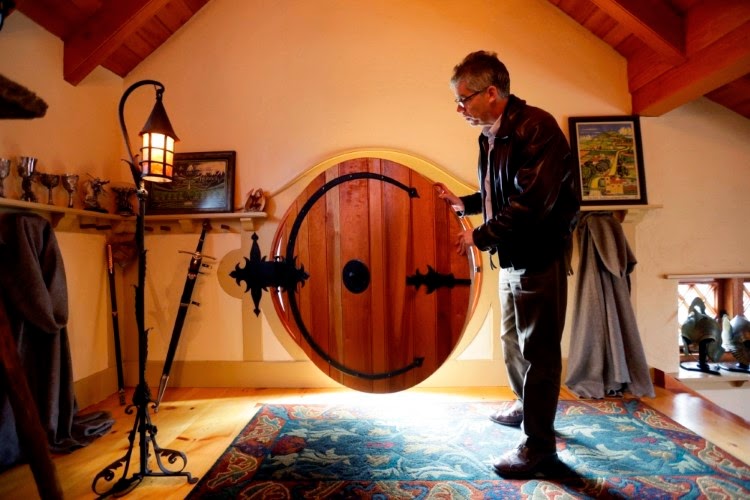 Of course the man who commissioned the Hobbit house wishes to remain unknown as he fears that tourists and LOTR fans could bombard his peaceful and tranquil setting if they were to find out the location of the real life Hobbit house. 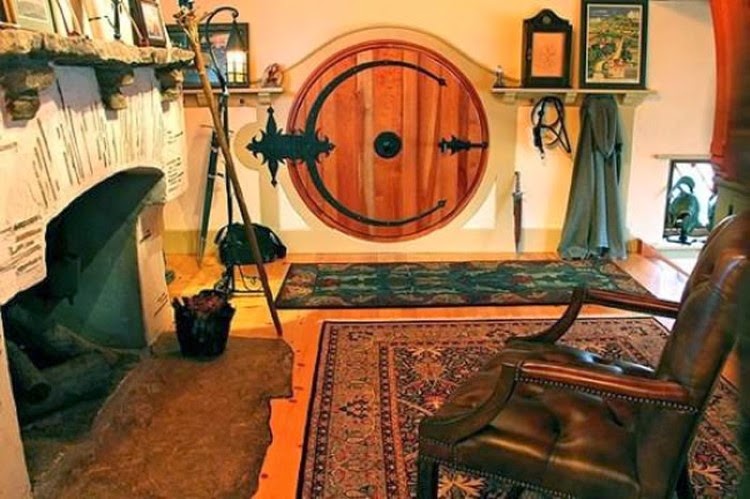 Archer said that he and his team of architects have now started working on another project to build another Hobbit house, this time in Tasmania. 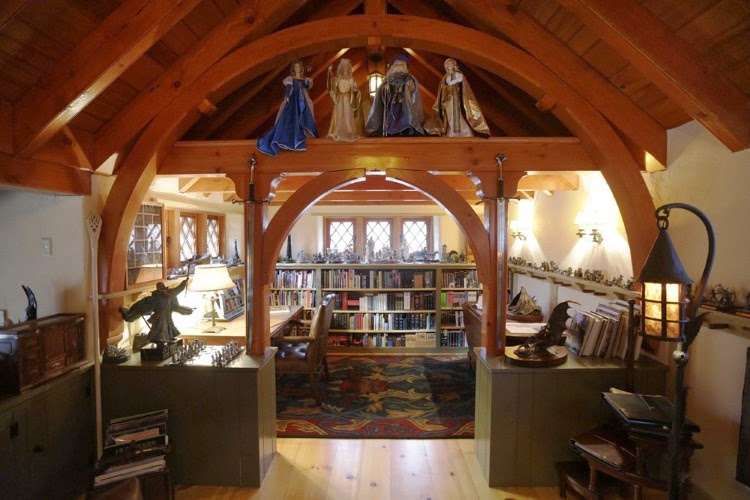 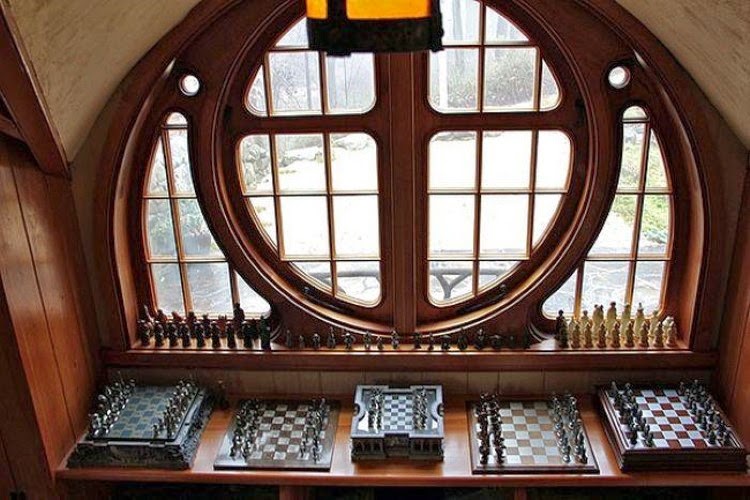 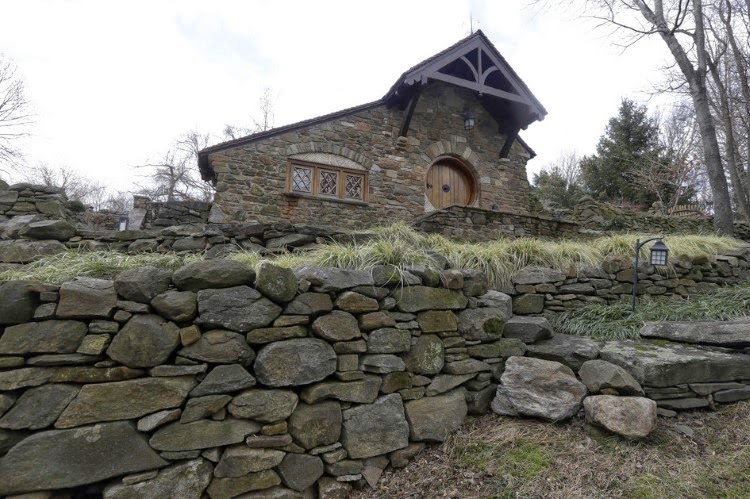 Should I have a well equipped Kitchen, and a comfy bed, I am certain I would have no problem at all living in a Hobbit House.  Here is a "sneak preview" of what I will be watching on DVD tonight:

Email ThisBlogThis!Share to TwitterShare to FacebookShare to Pinterest
Labels: The Hobbit, The Hobbit Cottage, The Hobbit Part 2
Location: South Bruce Peninsula, ON, Canada