The phone rang about midnight last night.  Rob had been called out only to return a half hour later as it had been cancelled.  Rob went back to sleep.  Me? I have been awake since.  It has been a long day.

I had to go out first thing this morning.  The Van would not turn over.  The other Van available to me looked like this .... 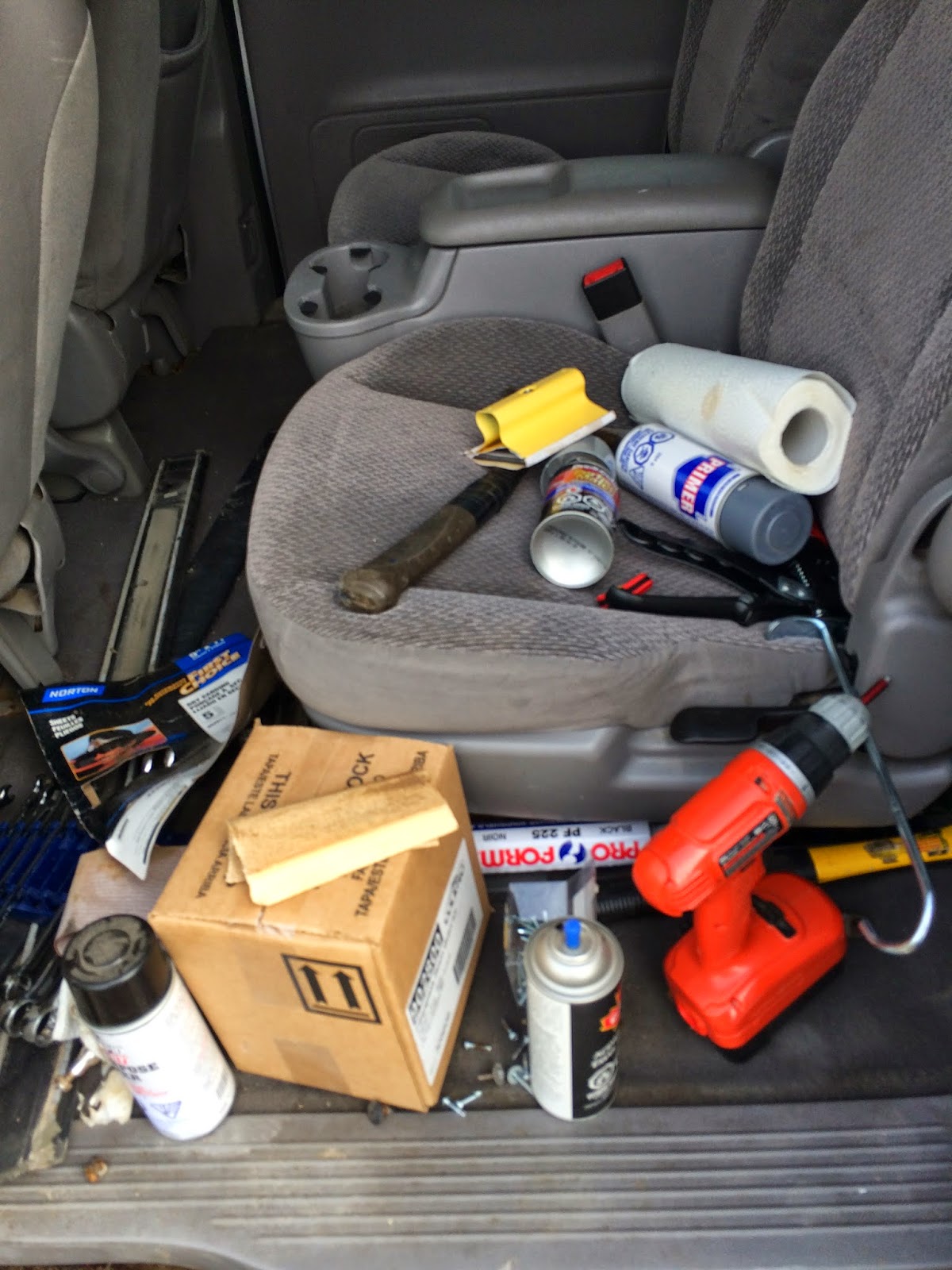 Rob had been working on it this past weekend.  He had set it all in the Van before it started raining.  I took it all out so I could use it, and later put it in my red wagon to pull it into the basement.

Now with the weather nicer, the pups here, the Aussies needing looked after, the house unkept, the yard work needing started, the Crabby Cabbie paperwork always lurking, and looking after my Crabby Cabbie, I am feeling there is NEVER no time.


Cuteness I promised, and cuteness I will deliver.  For your cuteness "fix", just go HERE.

You know when it is one of those days when you are so tired you barely know your name?  I was getting to that point by this afternoon, and I am really hoping I can stay awake by 8 pm to watch MasterChef Canada tonight, Just North of Wiarton & South of the Checkerboard.
Posted by Cindy@NorthofWiarton at 4/21/2014 07:39:00 pm