This morning I had a brief chat with a long time blogging friend on how busy we are all the time now.  We have both feeling like our blogs have become a bit on the "stale" side since we have been so absorbed with other things going on in our lives with it becoming a bit of a challenge to sit down to even get a daily post done at times.

Truly I do not want to give up my daily blog posts, as I began blogging for "me" as a personal journal, along with things that interest me or that I am involved in, or at times posts that I think might be of interest to others.  It has been rewarding most times with opening up a whole wonderful World beyond the confines of my home.  Meeting new people, learning new things, and also seeing more out of the box of my otherwise humdrum days (which I can not say are quite so humdrum anymore).  It truly has been self gratifying.

Today was rather humdrum since it consisted of putting the Month of March on the Crabby Cabbie books, then summing the first Quarter of the Year up for the "man" (as in Tax Pain).  Then I took a drive down to the Saugeen Gas Bar at Saugeen First Nations to fill up with fuel.

Once back home late afternoon, Rob was called back out, while I headed downtown to the Bank, and to do a quick browse at a couple of the stores.  We pretty much returned home about the same time, which was time for me to get Dinner going.

I had taken two pork chops out yesterday.  Earlier I had gone searching for something/some way different to cook these up.  I found an Apple Pork Chop for Two recipe from Taste of Home.

This recipe was very easy to make.  I had used sweet onion & a Gala Apple in the sauce.  Unfortunately the pork chops I had were not boneless, but still turned out rather well. 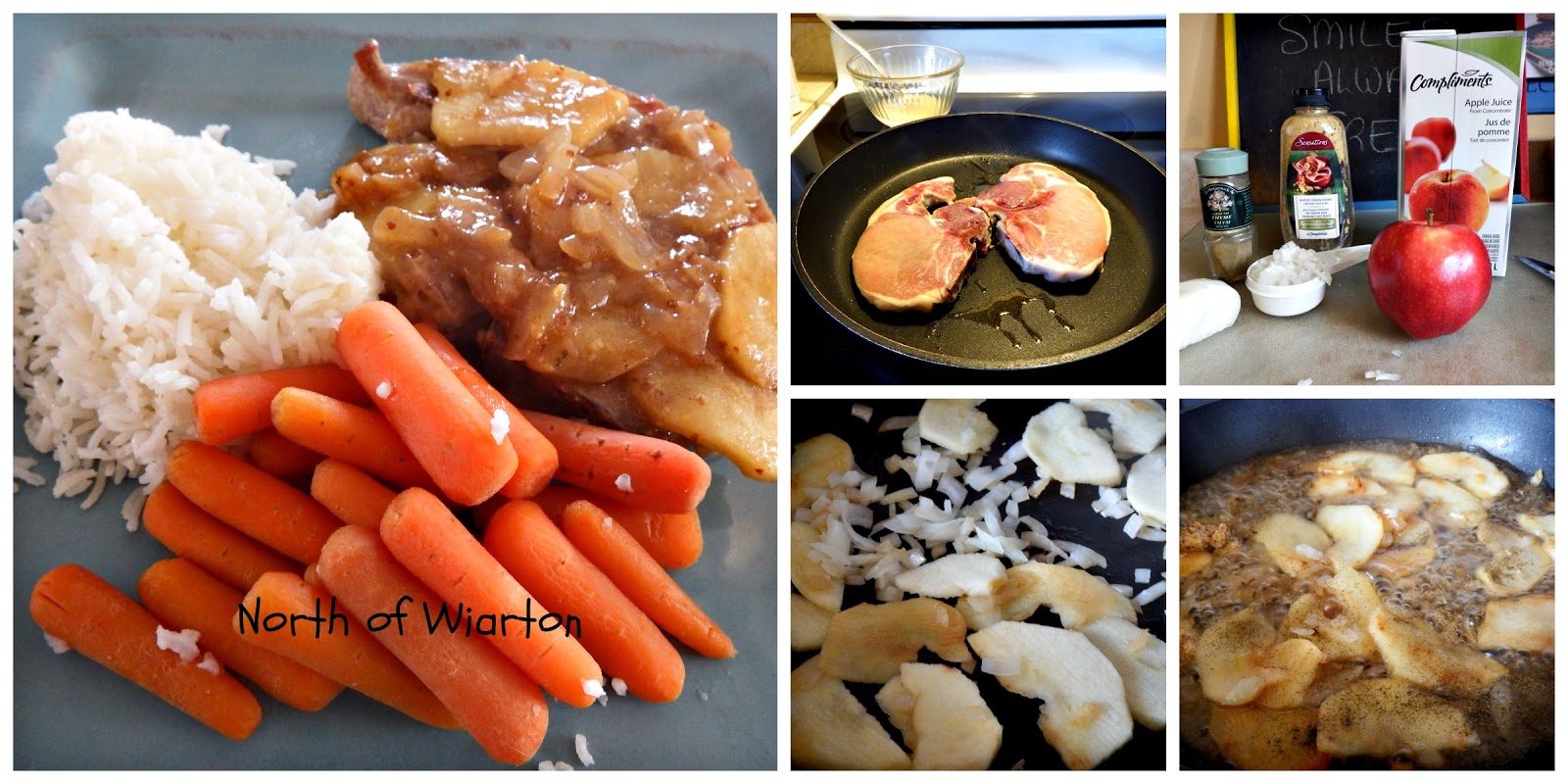 I enjoyed the chops & sauce, however I do not think Rob was too fond of it as I could tell by his face, but he would not admit to it that he did not care for it since he was being "nice" about it to me.  In 20 Years there has not been too many times he has had to be "nice" to me over "new to me" recipes I have made.

This was pretty much my day in a nutshell, with the exception of hanging a load of laundry up on the clothes horses and looking after the Aussies (which Rob did the most part of the day).

Tonight the TV series, The Vikings is on.  I am so looking forward to watching.  I love History series like this, and others as such.  I am off to take care of half the Aussies, then making ready to have some R&R in front of the TV, Just North of Wiarton & South of the Checkerboard.
Posted by Cindy@NorthofWiarton at 4/03/2014 07:19:00 pm