Rob and I both had a pretty fitful sleep last night.  I could not believe it was after 6 am before any one of the Aussies made a demand to be taken out.  Everyone must have been tired.  Not even a "peep" from the Festive Five puppies.

I got going on a couple of loads of laundry today, including all of our bedding.  Rob was busy out and about himself.  My sister, Jeanne, and her husband, dropped in for a visit after lunch and to see the puppies, but for the most part of the day it truly was a P, P, & more of a P.P. kind of day for me.


Yes there were adorable Puppies in the recycling bin whilst I cleaned out their dirty Pen from the night before, then there was more Poop, and then after it was all done and I sat down to have a break I realized the Poop had stayed with me.  It ended more pleasantly later when I put together Puppy Packs for their new FOREVER HOMES which I will be very pleased once they all are gone to them, even though each are perfectly sweet & adorable.  Yes it was a "P" kind of day. 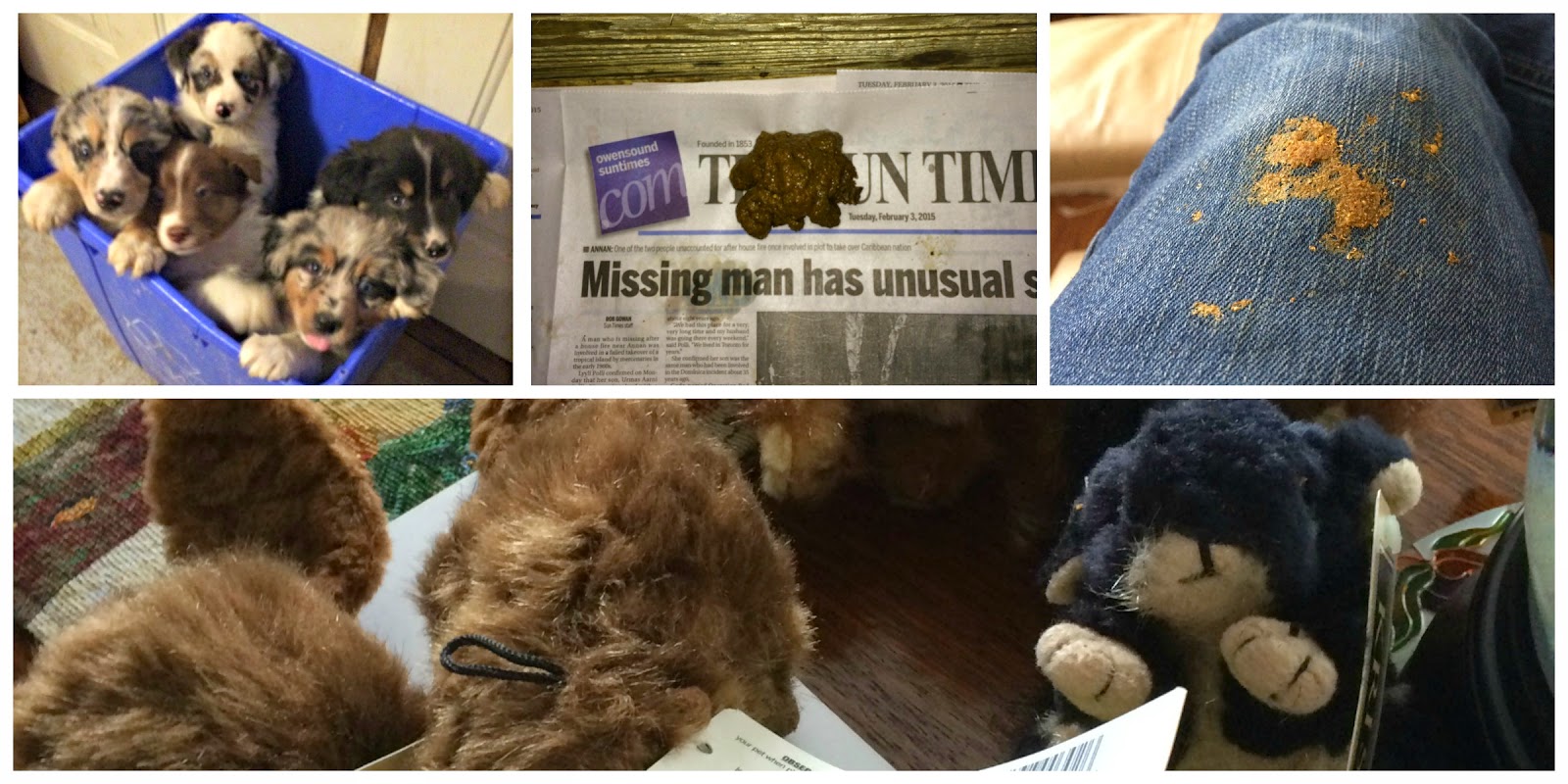 Late this afternoon Rob had a call to Owen Sound.  Our driver, John, and his wife, Lori, had given us a Gift Certificate for Christmas to Captain John's Fish & Chips in Owen Sound.  We had never been before so we thought we would try it out for our Dinner this evening.


While we had been waiting for our order we had ourselves a little fun fooling around.  I love hanging with my hubby (when he is not Crabby that is).  I really liked this photo he took of me as the lighting, or lack of it, did a great job on hiding my wrinkles and a gal has to like that. 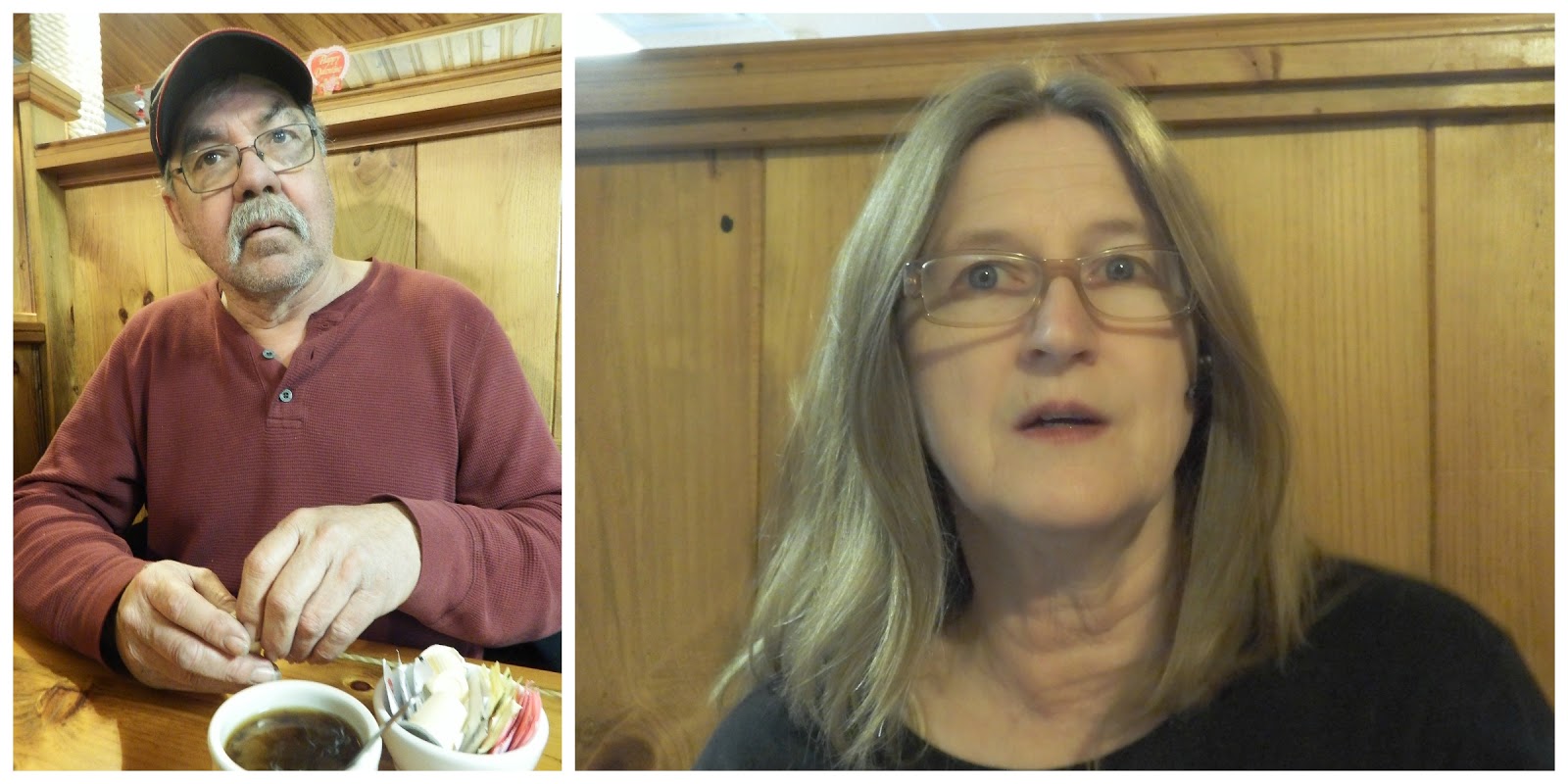 Captain John's Fish & Chips was very good.  They have a Saturday "special" on Cod or Halibut, 2 pieces with fries for $11.00.  Rob & I ordered one of each & shared.  The fries were very good.  We both said we would go back again.  They seem to do a thriving "take out" business, & the service was average but not exceptional by any means. 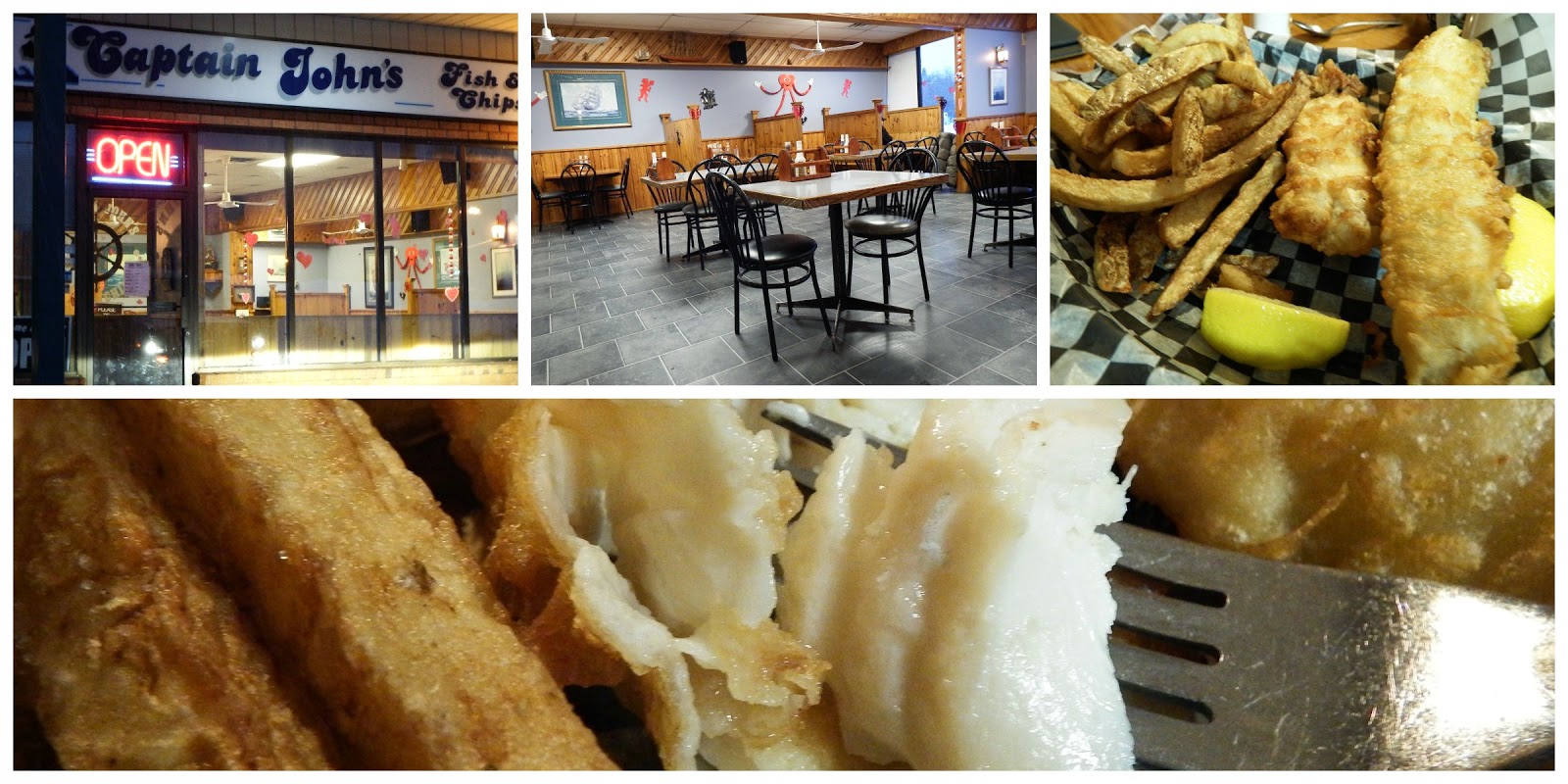 We got back into town about 7 pm.  Rob left on a couple of calls while I took care of all our Aussie's needs.  I am not sure what Rob is going to be doing this evening, but I know I still have a bed to make up and will be calling it an early night myself since having such a poopy kind of day, Just North of Wiarton & South of the Checkerboard.
Posted by Cindy@NorthofWiarton at 2/07/2015 07:53:00 pm