Yes siree Rob, that was damn, damn, triple damn cold out there this morning.  As my dad used to say, "cold enough to freeze the nuts off a bridge".  There is also "freeze the nuts off a brass monkey" or "colder then a witches tit", and I am certain there has to be many more "sayings" about how cold it was this day.

My girlfriend dropped off some chicken backs & necks for me, leaving them in my van since I was not home.  No fear of them going bad today with the temps we had. 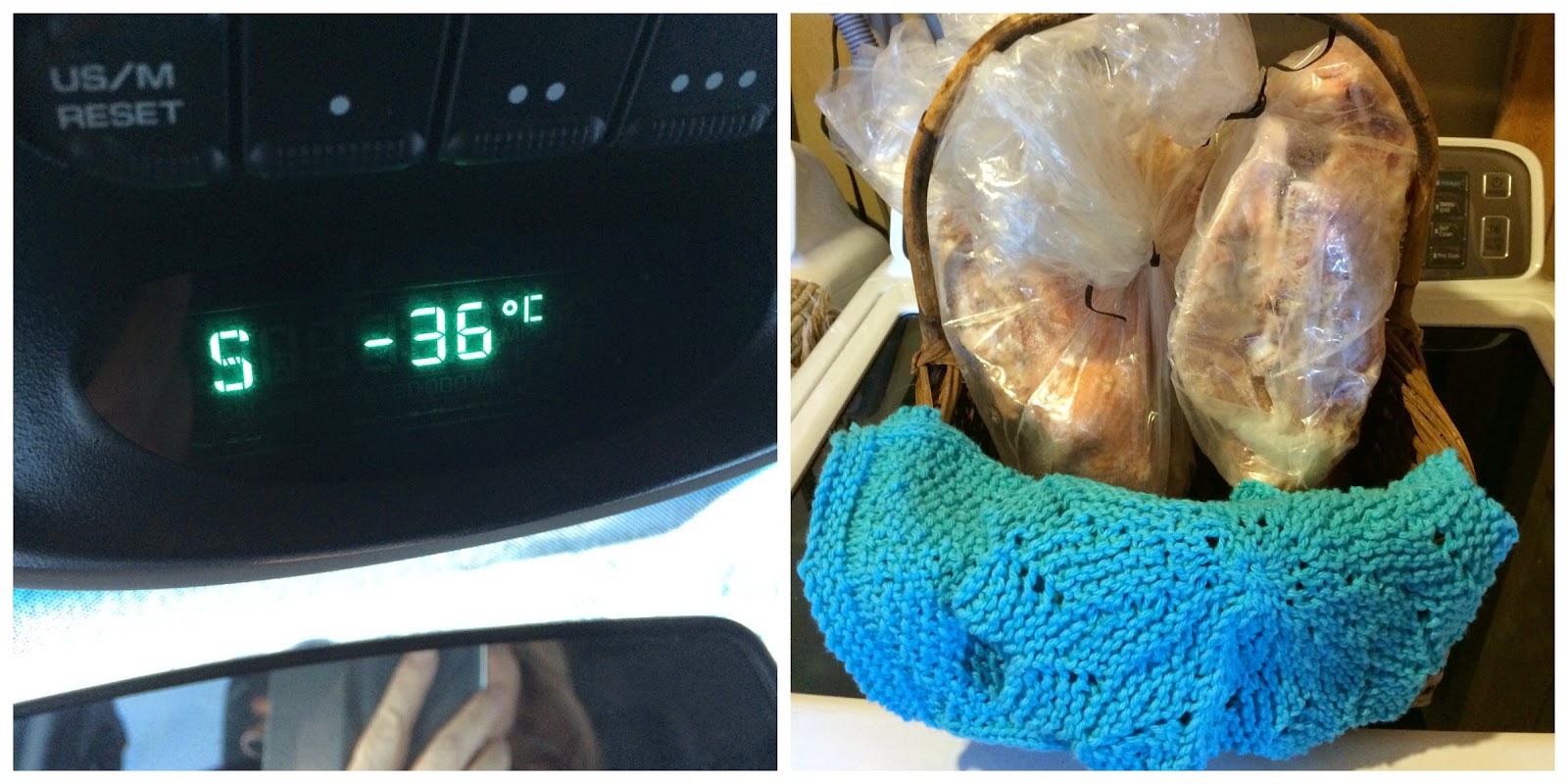 I have found myself with yet another little problem the last couple of days.  I always have a problem with some allergy or another all throughout the Year.


This time my feet were affected.  The only thing I did which was different was put Aveeno lotion on them, and yes I ended up having a reaction which resulted in very painful swollen feet.  They have been like this the past 3 days.  And no worries I did wash the counter where I had my feet up on to take the photos ... or maybe I didn't. 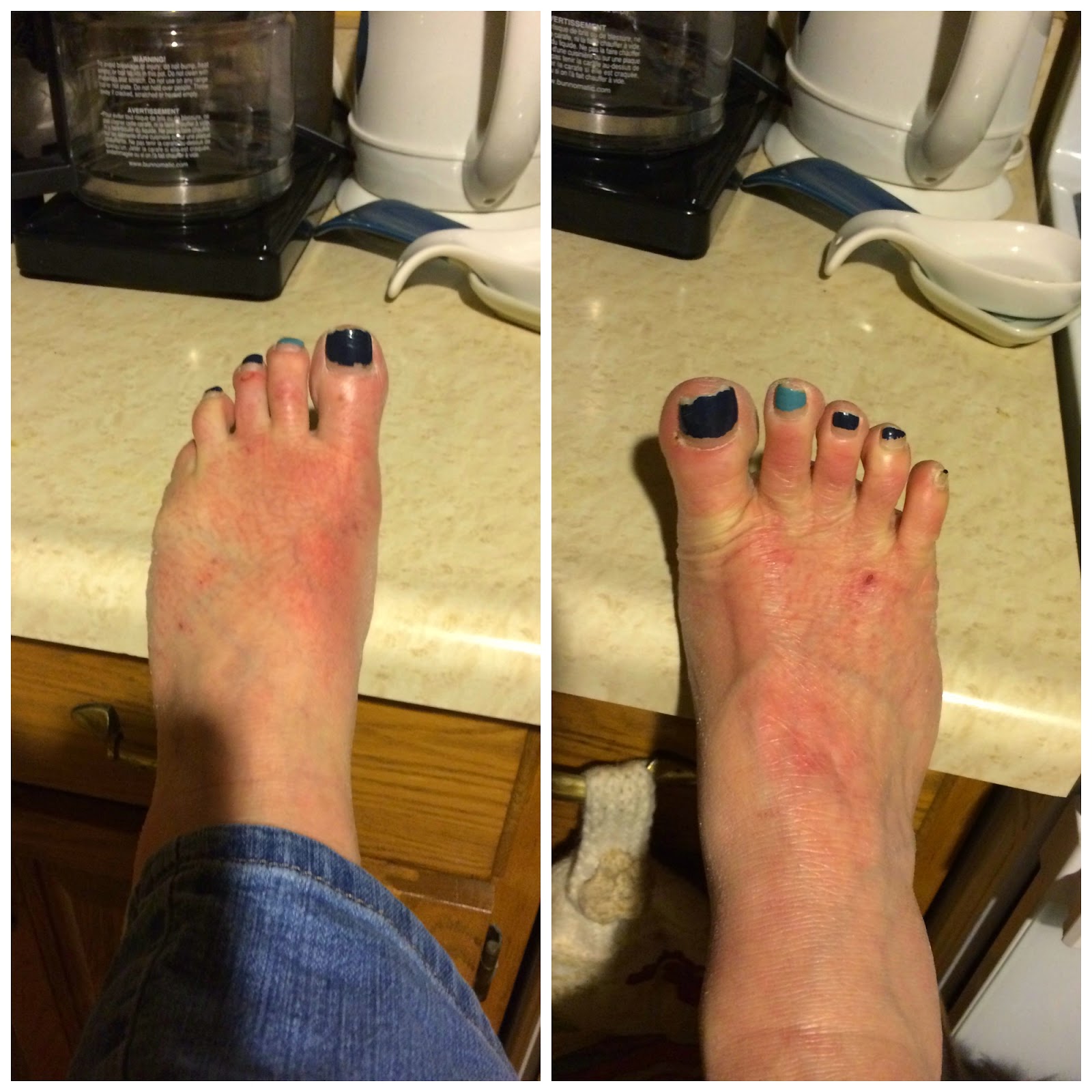 This morning Rob headed out early while I was left with getting both wood stoves started and four Aussies looked after ALL BY MYSELF. Not the first time, nor the last time, but damn it was cold out with Buddy, then Portia, today.

I had a couple of errands to downtown.  My van had been running over an hour before it even thought about pushing any heat out of its vents.  Did I mention how damn cold it had been today?

While I was downtown I had to stop on into the Chamber Office to give a hand with something  While down there I can never resist taking a couple of photos ...

I never tire of taking a photo of the old Train Station.  Colpoy's Bay makes a perfect back drop in any Season. 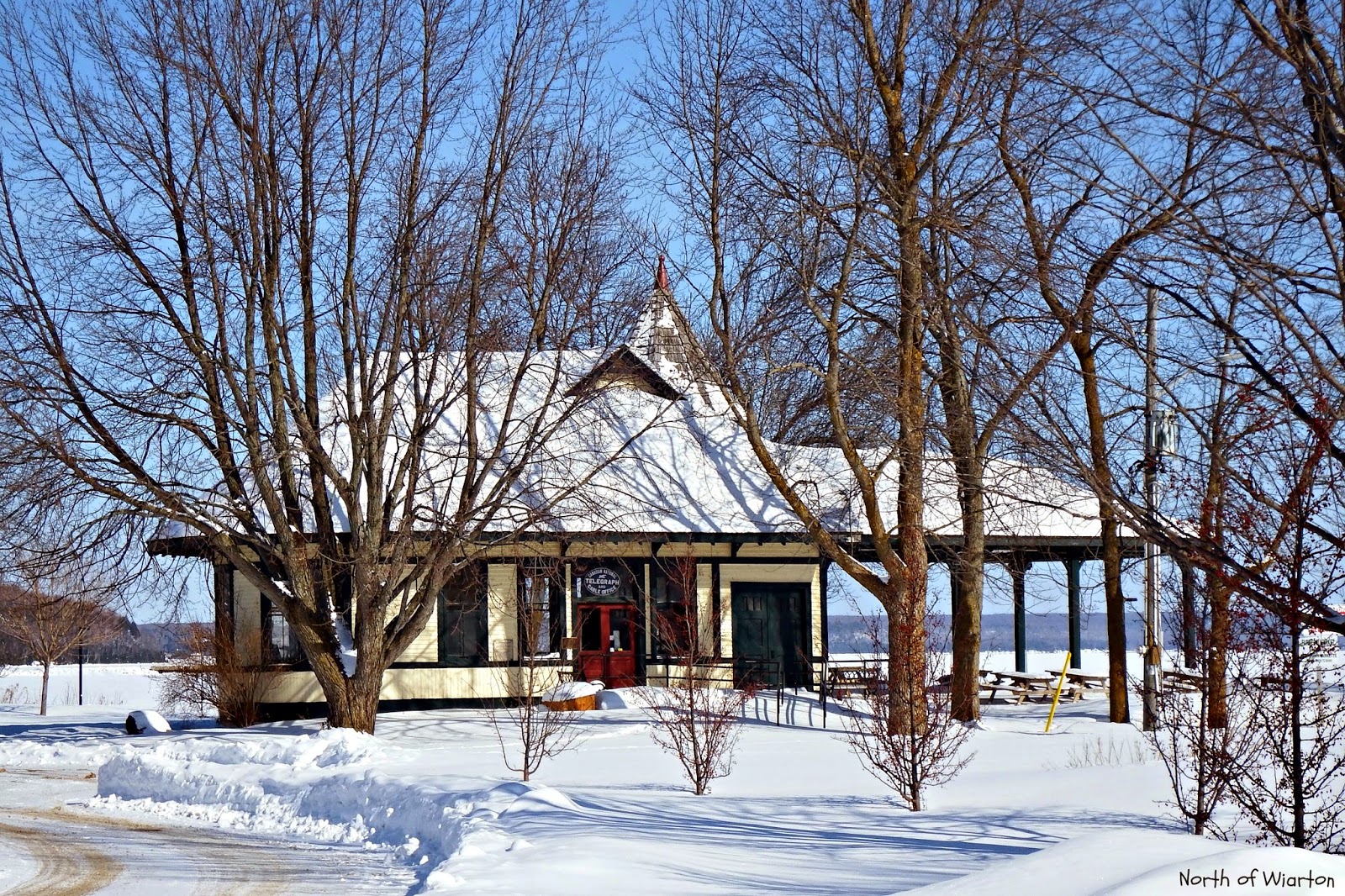 There had been one lone snowmobiler sledding across Colpoy's Bay.  At one time I wouldn't think twice about going across a large body of water on a snowmobile, as I had done years ago up at my sister Jeanne's when she lived in Chapleau.  I most certainly would think about it twice now being the age I am. 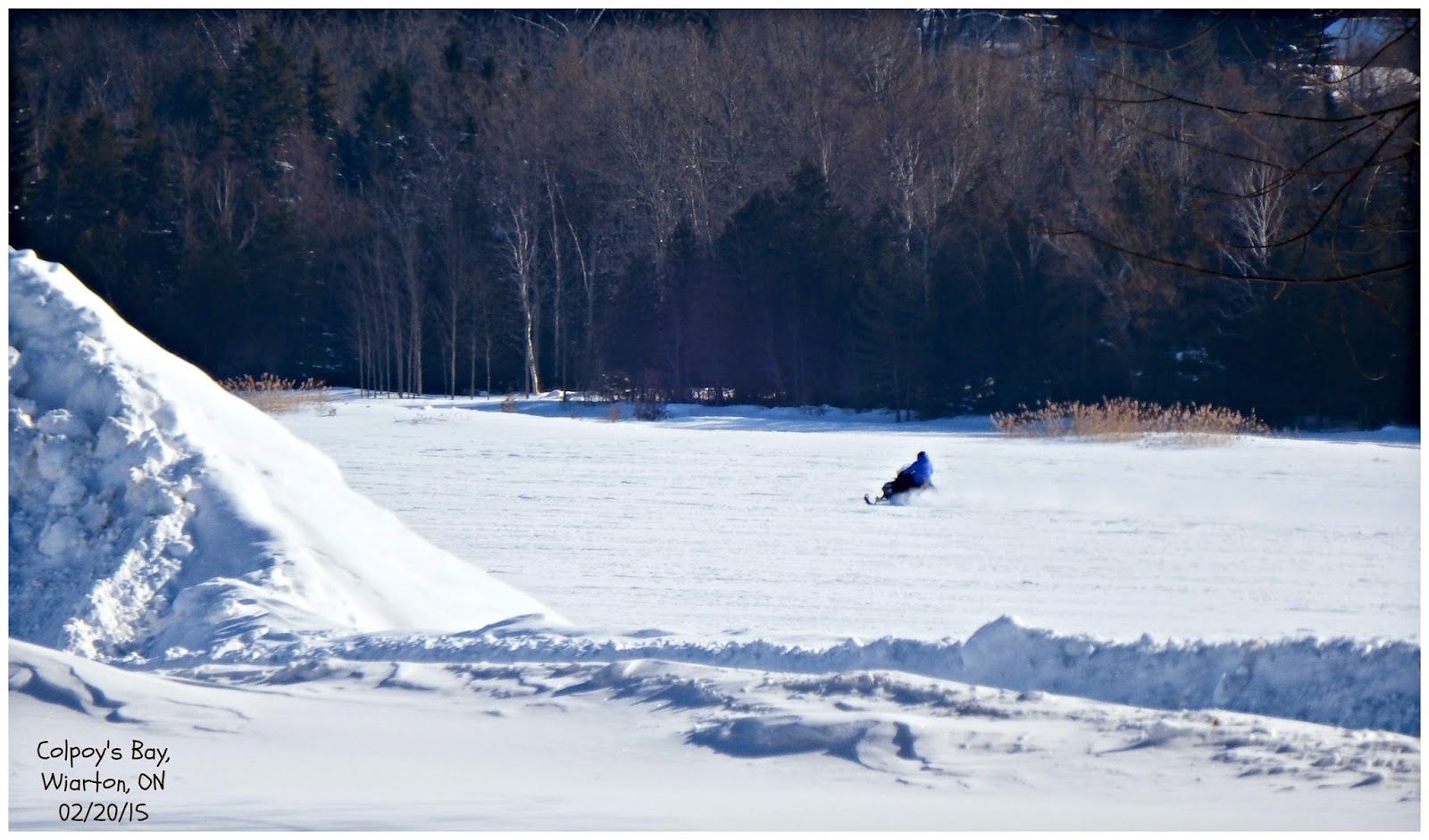 Rob never returned home until Dinner time this afternoon.  Since he had been in the City today he had made a pit stop at Costco for us.

Yes we got stocked up on Dog food for the Aussies.  There had been a beautiful surprise for me, as Rob had gotten me this amazing Orchid.  What a sweetie I am married to, and truly I would not trade him up for the World (most days). 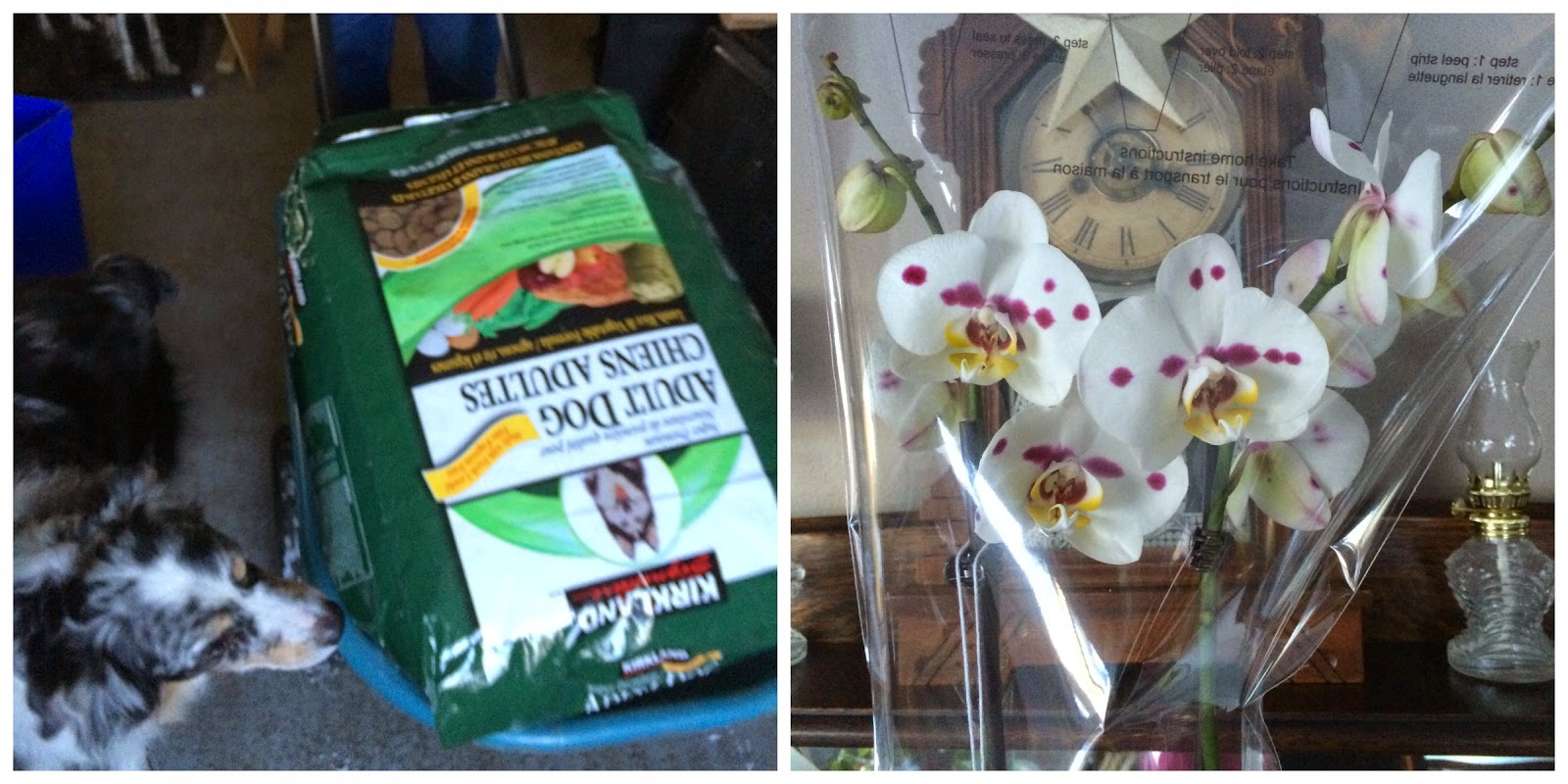 Joyce, Rob picked up the two items also that you  had wanted from Costco, give us a call when you will be going by next.

My poor Rob wasn't even hardly home when he had to go back out again.  Someone needed to get up to the hospital so off he went to collect them.  At least he had some dinner before he had to go back to take them back home again.

Both Rob and I are all in but for our shirttails today.  I am certain we will both sleep well tonight while the home fires keep us warm, Just North of Wiarton & South of the Checkerboard.
Posted by Cindy@NorthofWiarton at 2/20/2015 08:10:00 pm