Up In The Sky

What a day Rob and I had today !  Either of us were barely at home, with Rob gone one way with work, and I the other way with the Wiarton Santa Claus Parade this and that. 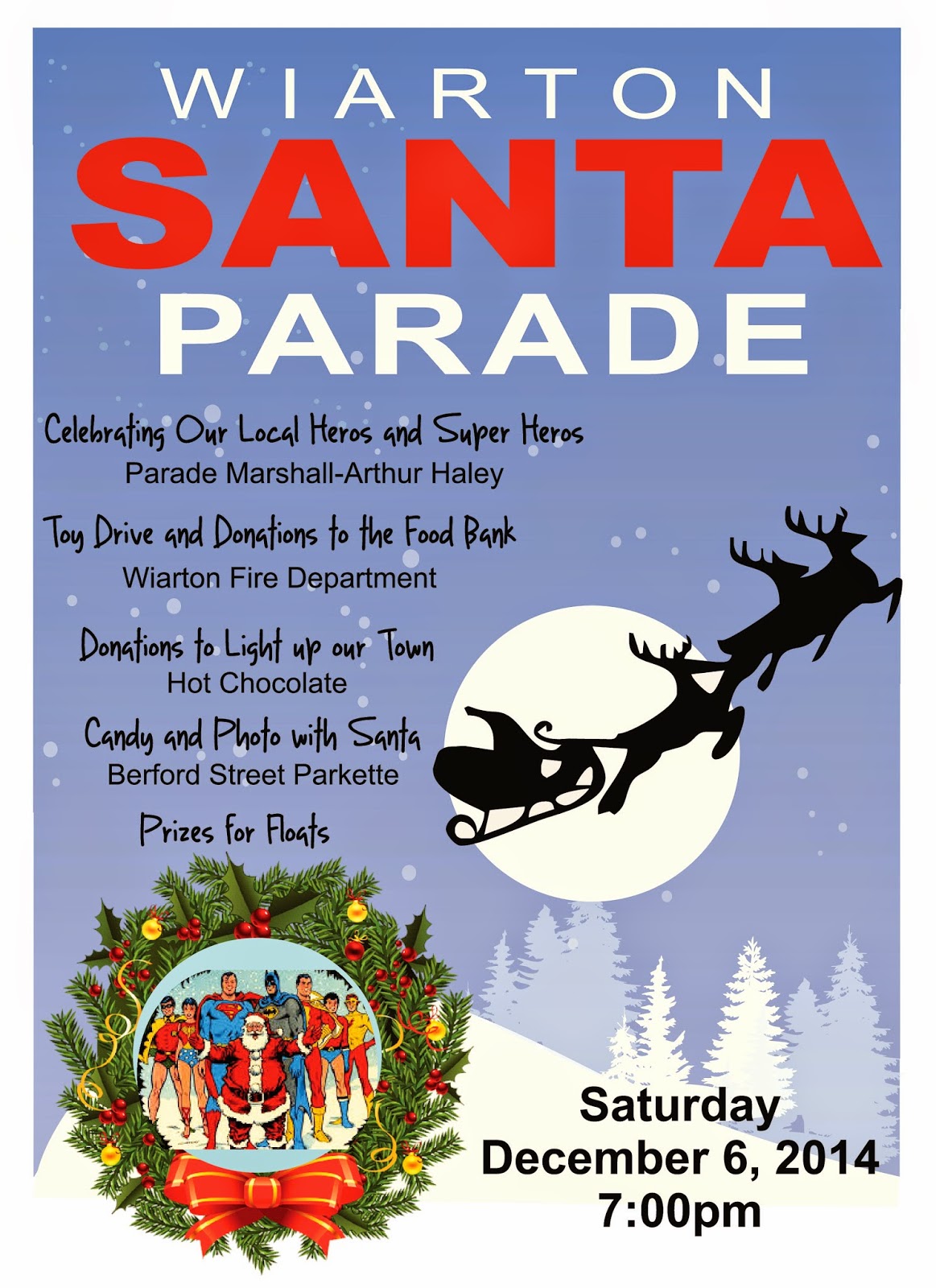 Isn't it an awesome Poster & Theme?  Koreen @ RAM Trophies & Sportswear created the posted, and Wenda @ The Painted Turtle & Balloon Headquarters & I had came up with the Theme.  We got some pretty awesome "team work" going on in the Hood !

The WDCC is still in need of Volunteers for the Parade.  Should anyone be interested please contact Wenda at 519-534-4536 (leave a message if she is not there, and tell her I sent you).

I was also pretty please that the WDCC's Wiarton Facebook page just hit 1000 Fan LIKES.  Yes indeed it was a nice Milestone to reach since I created the page on May 14th, 2013.  Another "You've Came A Long Way Baby" moment for the page.  Check it out and if you LOVE Wiarton give it a "thumbs up" with your LIKE by going HERE.

Yesterday, before we left to come back home from Kitchener, I had given Liz and Paul some sunglasses that the grandkids had left in one of our vehicles.  They thought they would have a bit of fun by modelling them for me ....

Action shots for a new James Bond movie maybe?  Hahahaha, I would think NOT but still pretty cute just the same. 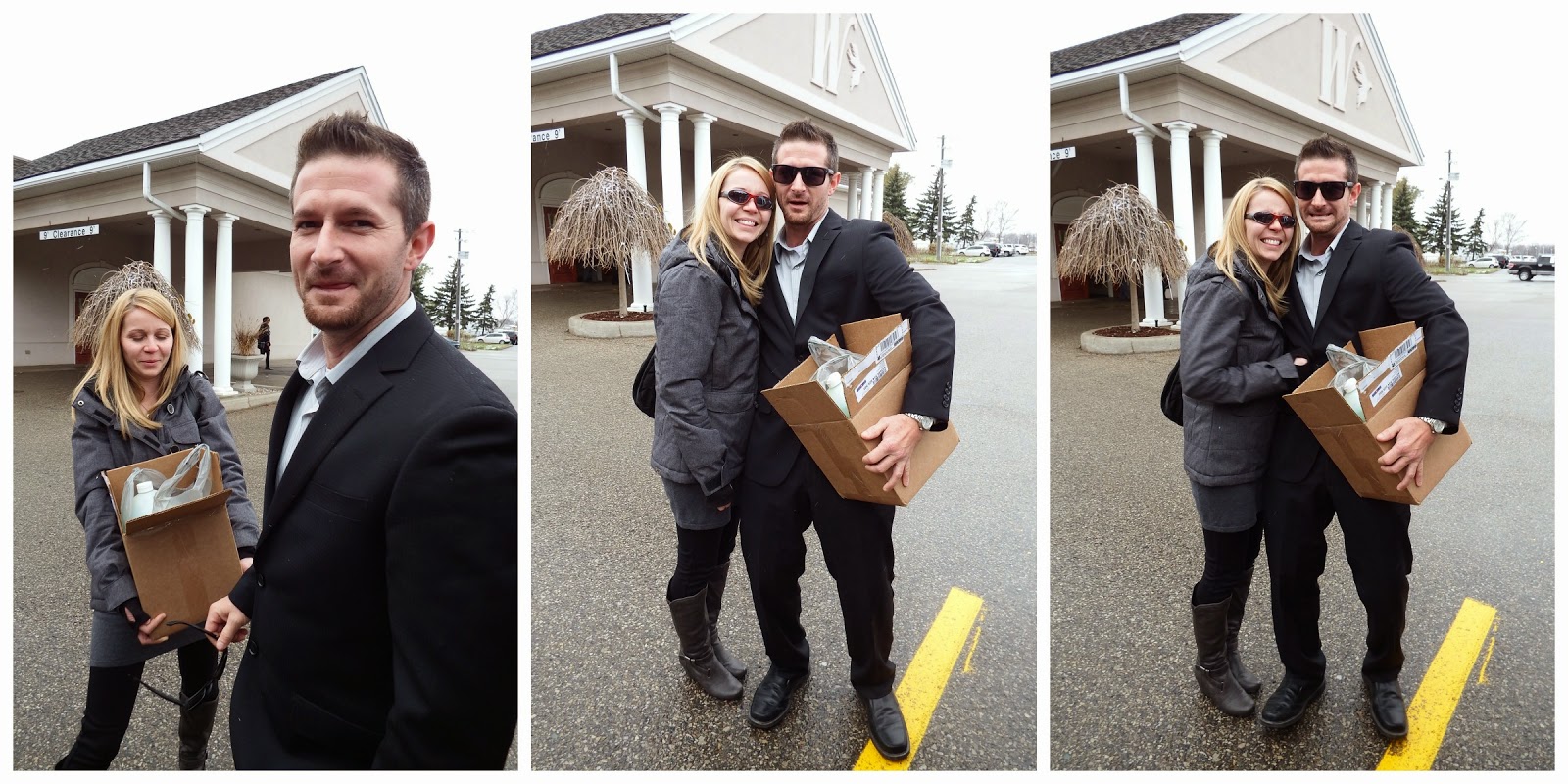 Yesterday there was lots up in the sky to view.

On the way down to Kitchener Rob had spotted a building being lifted off of its foundation and being moved by a crane.

Really this was quite the "eye catcher" when driving down the highway. 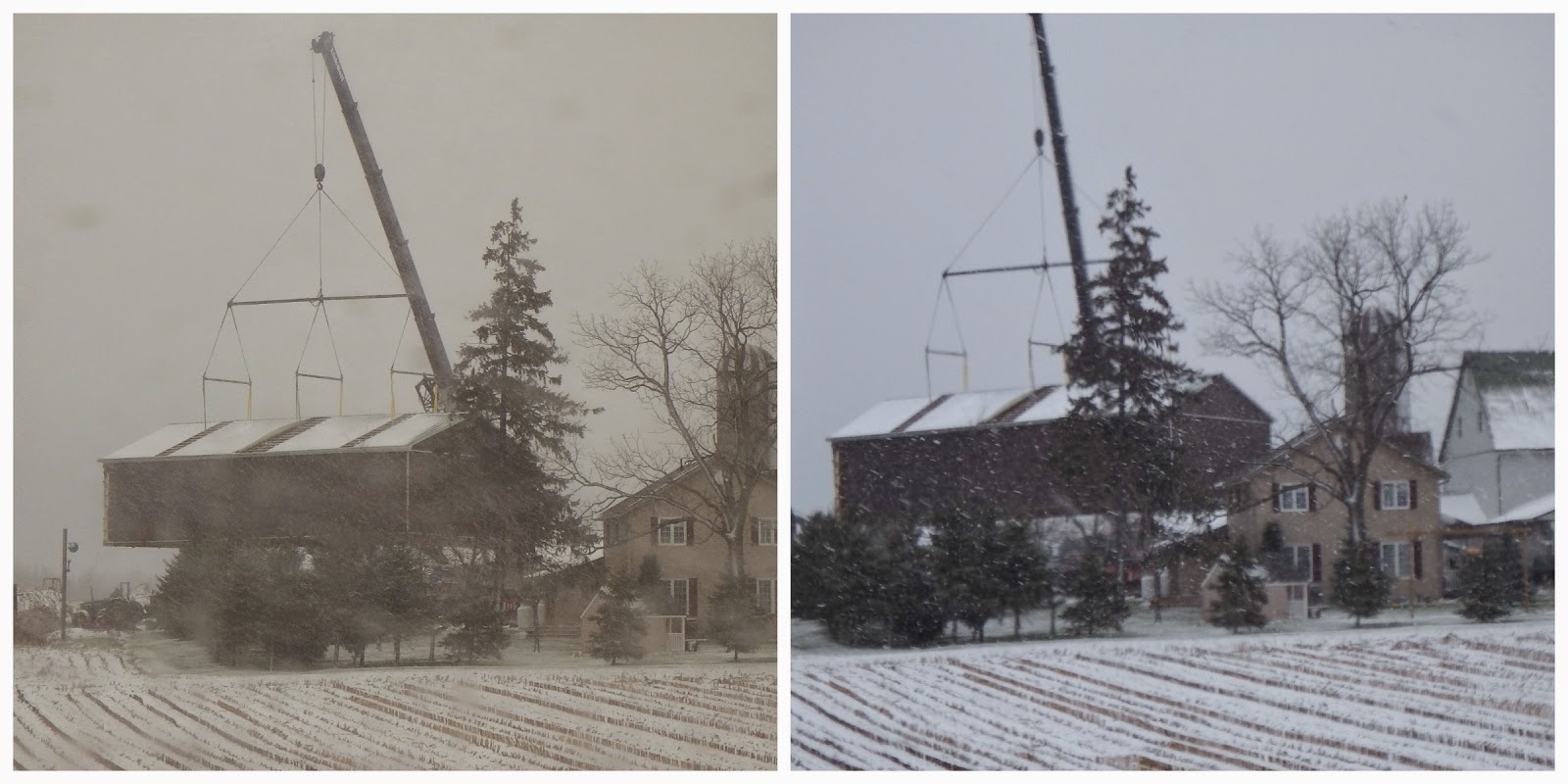 I love Clouds and how beautiful they appear, taking photos of the skies filled with them on any given day.


What do you see in cloud formations?  faces, animals? so many with your imagination running away at times.  They are so fluffy and pretty how could you not think you could walk right into all of that fluffiness. 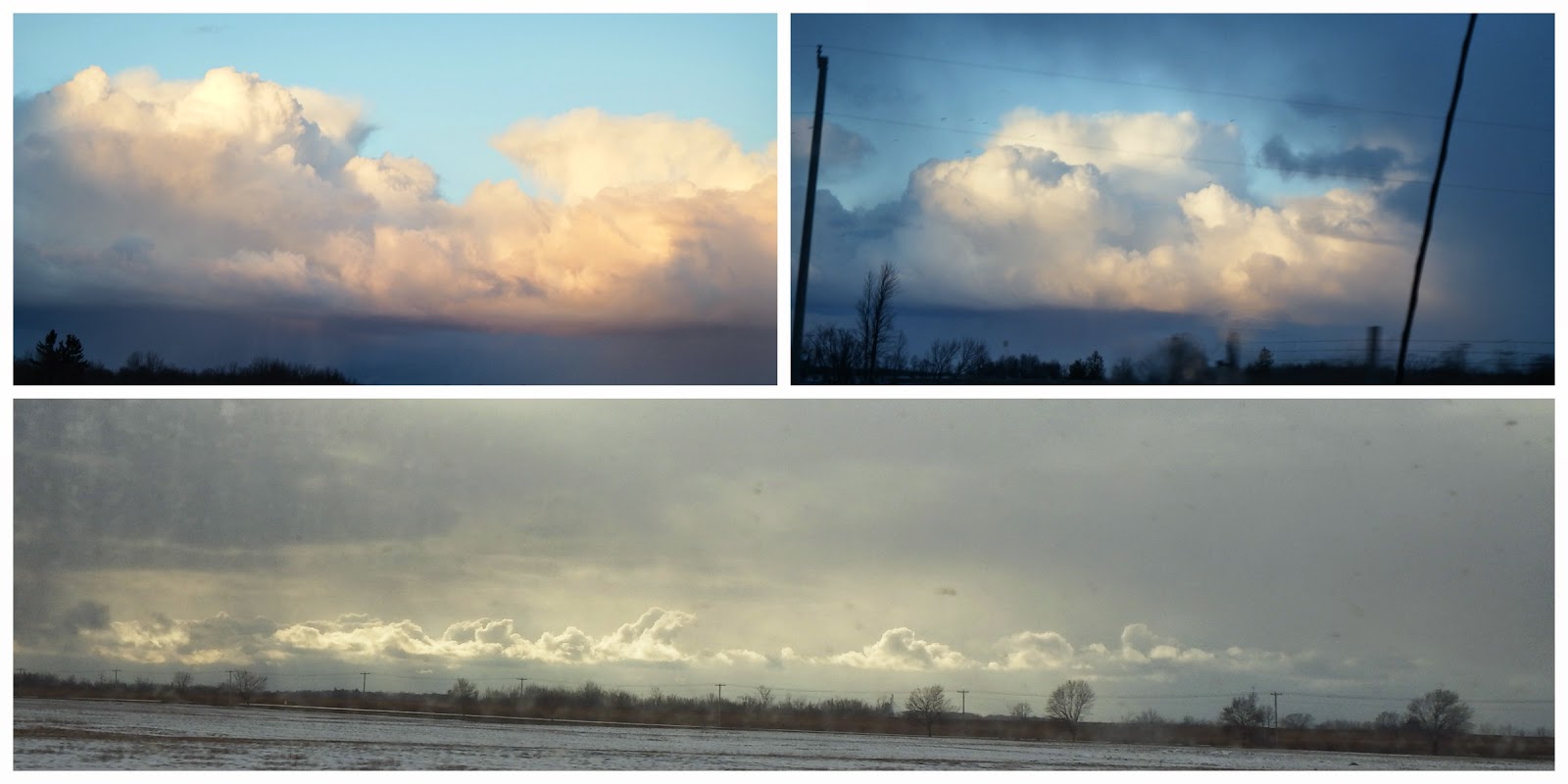 After a busy day of running here and there leftovers of pork tenderloin accompanied by Brown Rice and Rosebud Beets made for and easy Dinner.  I can not imagine why people do not care for leftovers, as I LOVE them, don't you?

Tomorrow I am hoping to get some much needed housework done (I hate stating this as I feel I might jinx myself by doing so).  Regardless tomorrow is another day, Just North of Wiarton & South of the Checkerboard.
Posted by Cindy@NorthofWiarton at 11/14/2014 07:54:00 pm