I was up before 6 am this morning, wishing I had slept as well as the previous two evenings, however that was not meant to be.

I got all the dogs looked after, hopped in the shower and waited until it was almost 9 am before heading down to my Doctor's appointment at 9:15.  By the time I finished up downtown it was almost lunchtime when I got back home.

I got nothing, and I mean absolutely nothing done here today as I was back out doing more running this afternoon. ... oops I did get one little thing accomplished, that being getting our Dinner prepared and into the Crock Pot, which was a "new to me" recipe.

Today was Wiarton's 2nd Annual WHITE WEDNESDAY !!!  The following are just a handful of Shops and Stores who had some "smoking" deals happening today ... and LOTS of Gift Giving ideas too ! 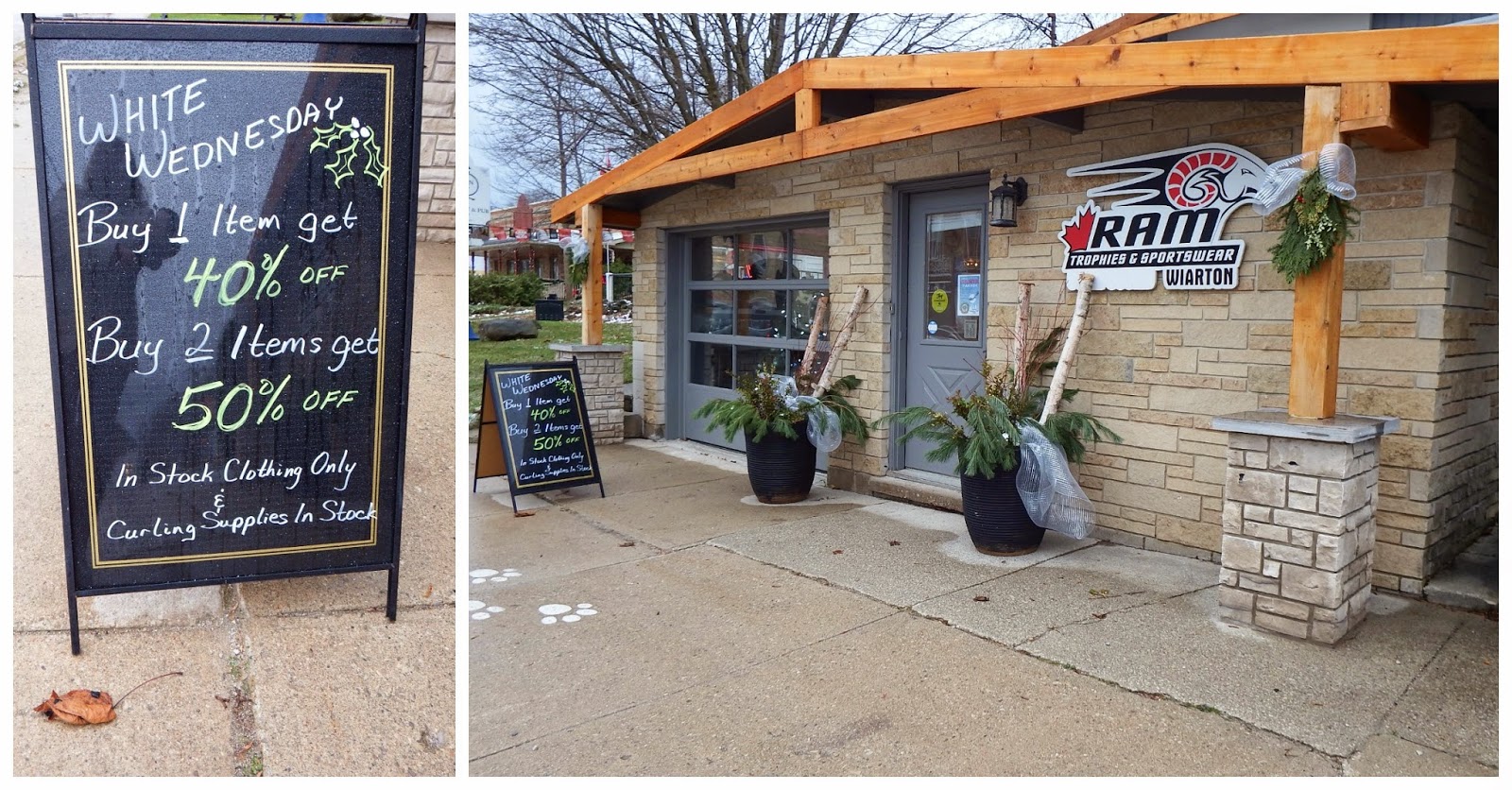 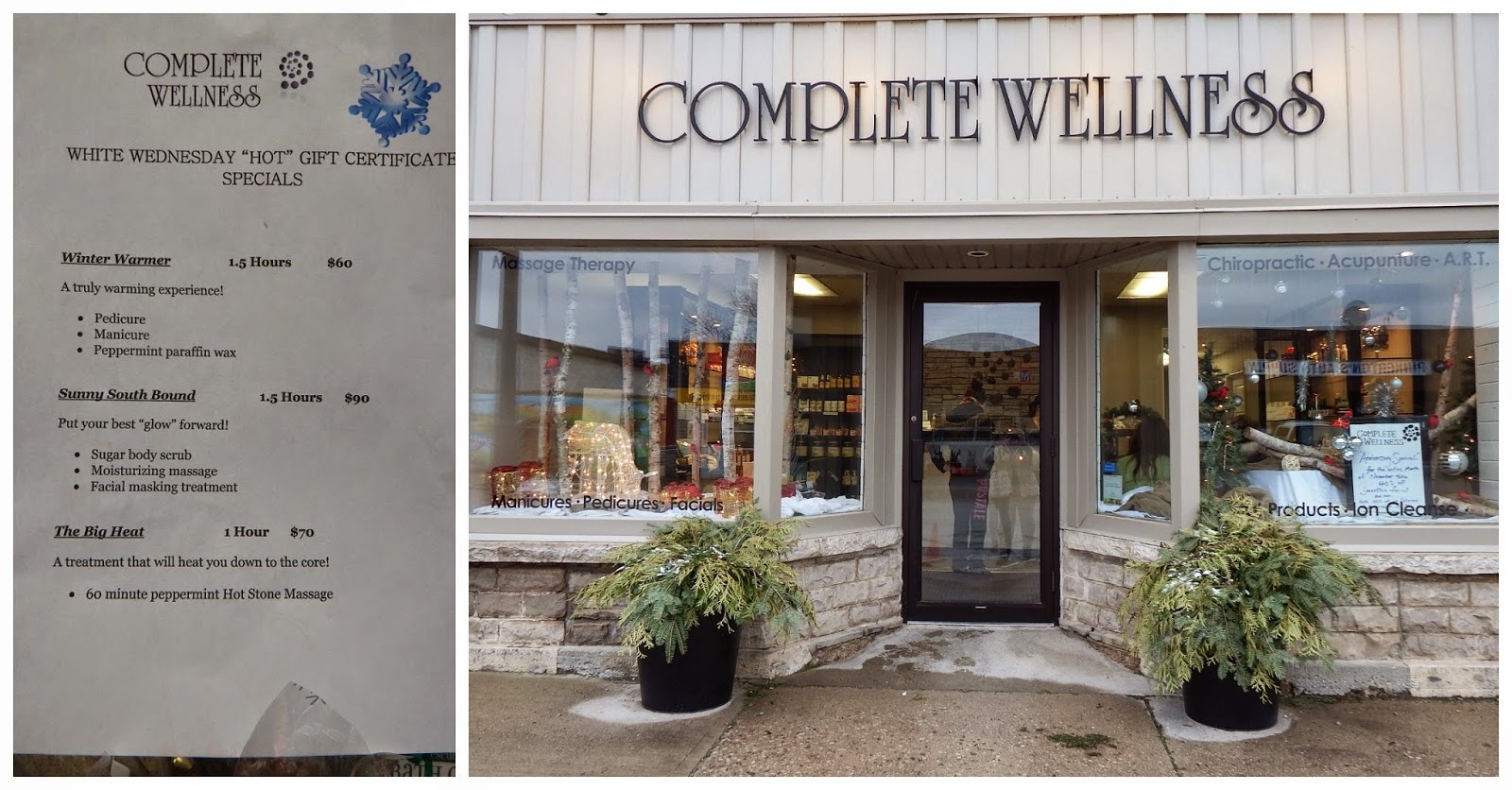 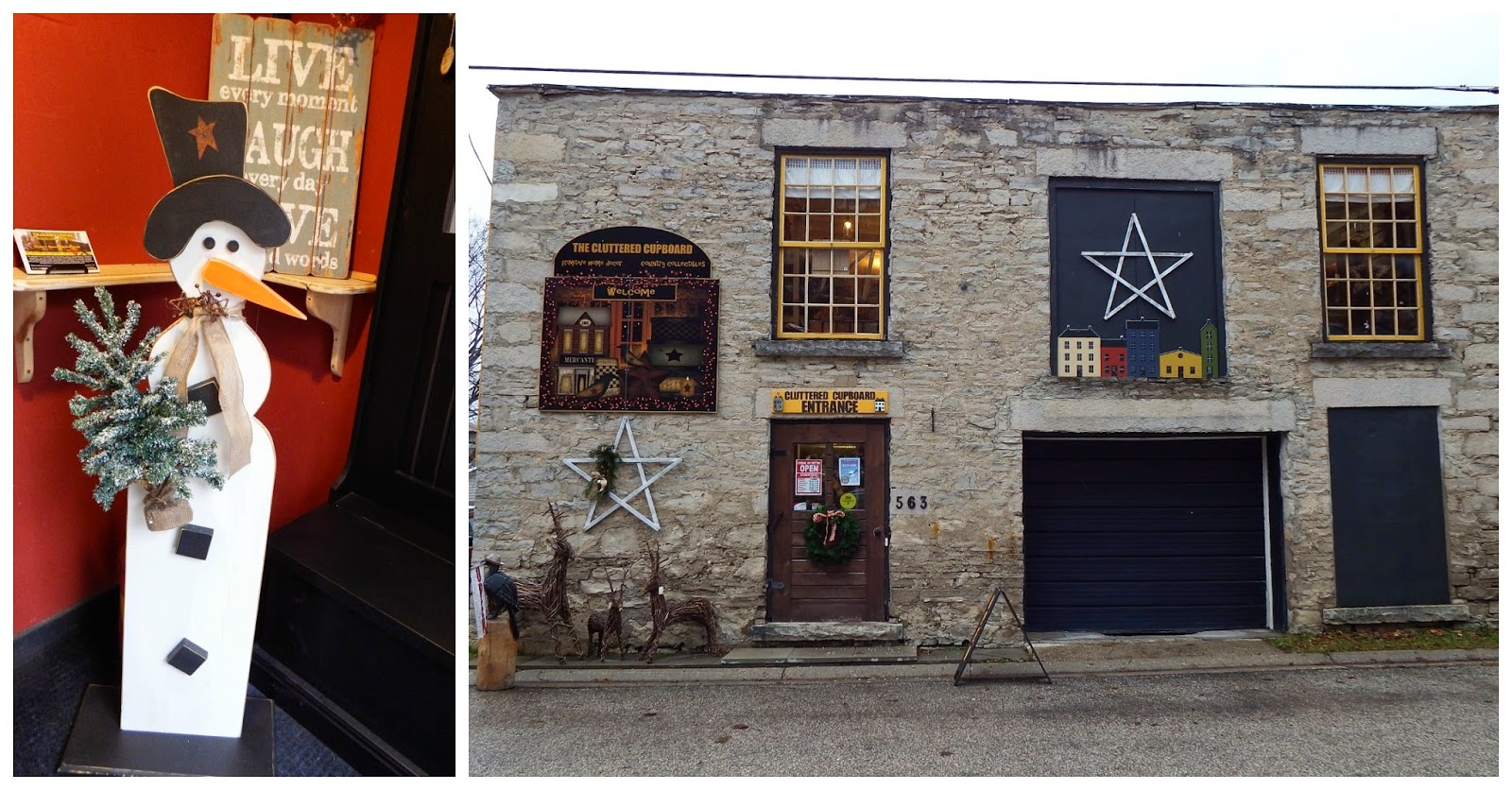 Also coming up this Saturday, November 29th, 2014 is Shop The Neighbourhood.  Make sure you check out who has what "specials" going on in YOUR Neighbourhood to support YOUR LOCAL BUSINESSES.

Should you like rustic food, which I do and apparently Rob doesn't, although he does enjoy the Hunter's Pork Roast I make, then you will also enjoy this Slow Cooker Apple Chicken ...

I had 9 Chicken Thighs which I had to skin before proceeding with the recipe.  I find skinning chicken much easier when it is still partially frozen, which this had been. 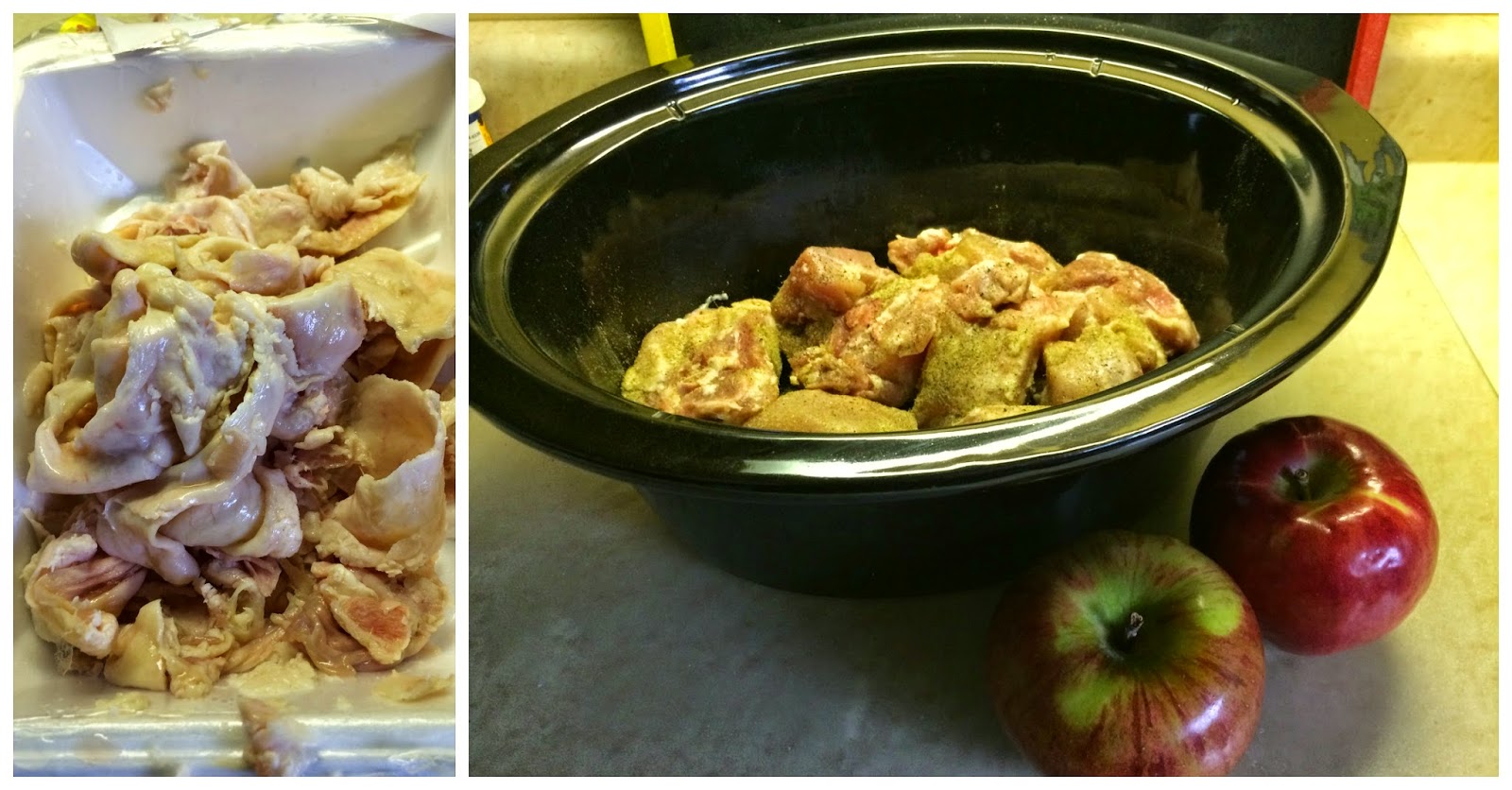 Five hours later after being in the Crock Pot I had an amazing rustic dinner to serve over top long grain rice. 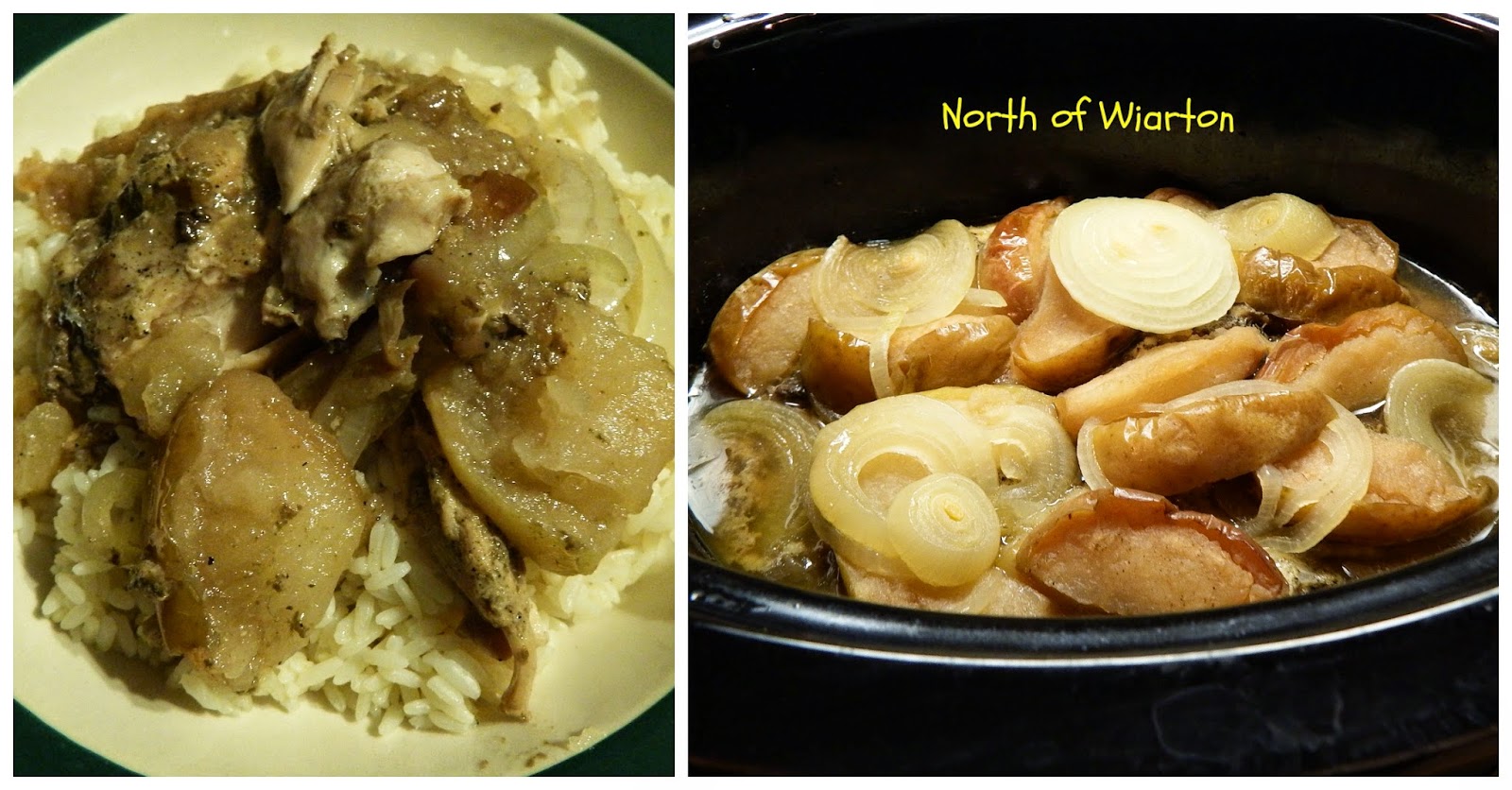 After Dinner I headed back downtown Wiarton to take some more photos of the participating WHITE WEDNESDAY shops and stores, then to an "OPEN HOUSE" at the Chamber Office, back home by 8 pm.