The weather is playing havoc on many people again as pain levels seem to be rising with aches and pains that are heightened more then usual.  I can testify, after being out and in with 4 Aussies umpteen times a day, that has been damn cold out there between the minus temps and wind chill, never mind the rise in pain levels.


Another cold blustery day with an ominous sky overhead. 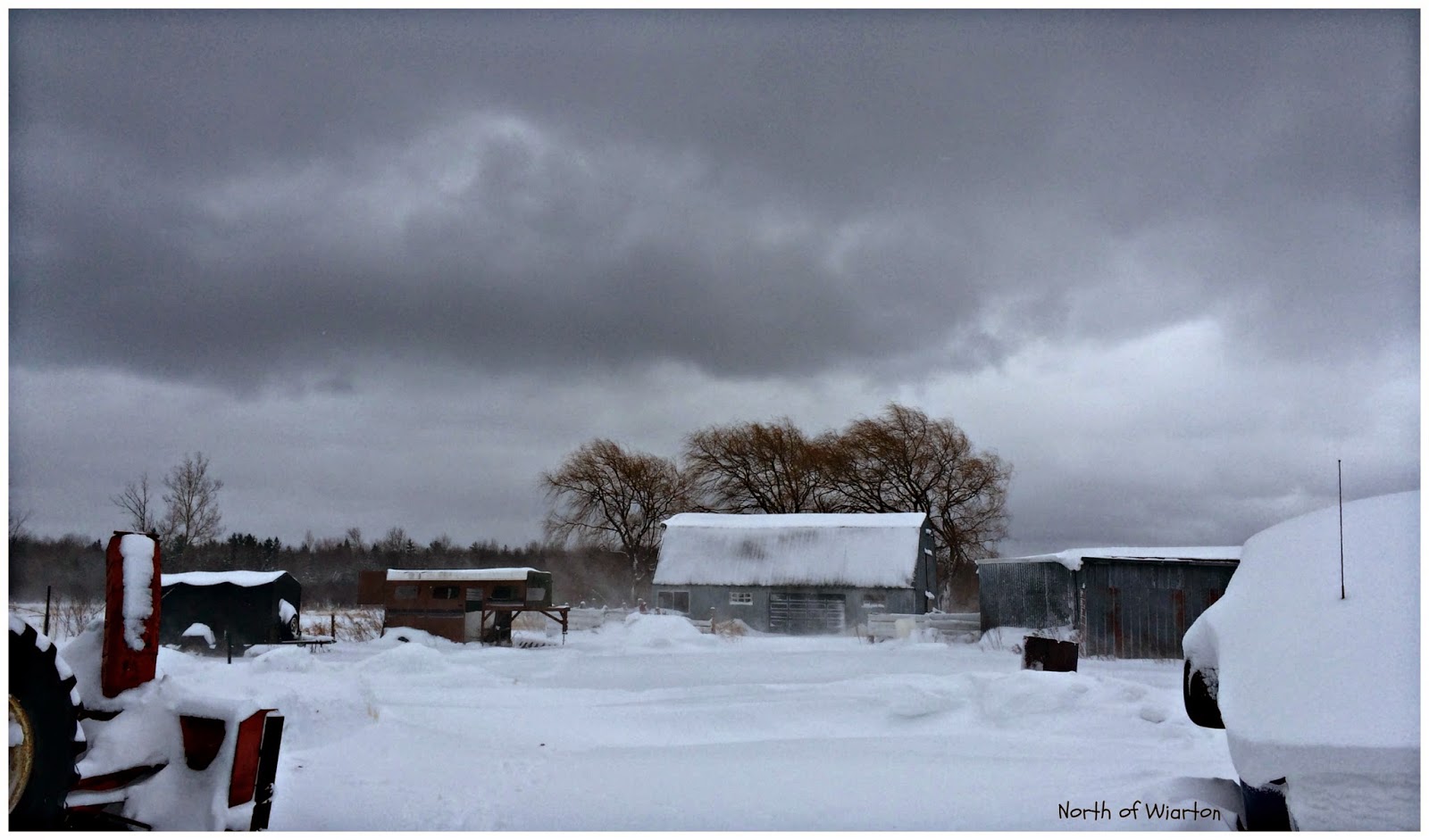 Rob was out the door first thing, plowing through the snow at the end of our driveway with the flourish of a Winter Banshee.  I hate to say but on his return home the sails had been blown out of that same Winter Banshee.


Oh how I hate to say, "I told you so", so I didn't, but I had called before he arrived home to say the lane had filled in over 3 feet since he had left this morning.  I did go out and get behind the wheel of the van, even though I hadn't been asked but thinking it was the wifely thing to do, yes? 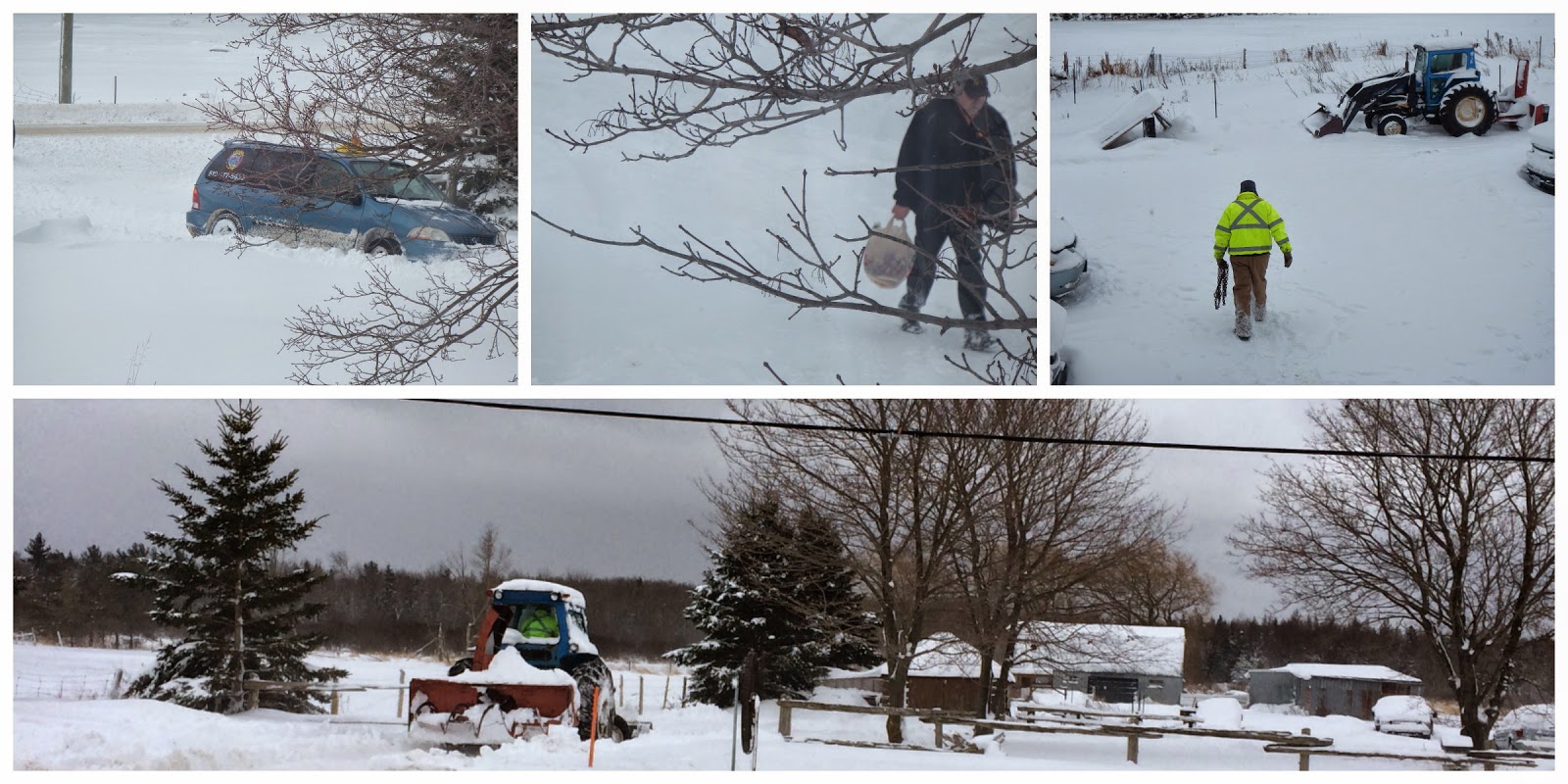 Today I did get the remainder of the Crabby Cabbie billing finished.  There really hadn't been anything to speak of but it had been a matter of just getting it done.

I was pleased to hear Dr.Diodati's voice on the other end of the phone this morning.  He had called to tell me the tumour on my Adrenal Gland was benign with nothing to worry about.  He was also sorry to say I have to be scheduled for another MRI as there is a lesion on my liver beside the vein mass, which showed up on yesterday's CT Scan.  The MRI is to discount anything it might or not be I would presume  As I had said before I am confident I am in good hands with the interest of my health being put foremost, and that I am extremely thankful for.

I have other problems fast approaching as more then double trouble will be sooner then later as the Festive Five puppies are more on the "move" as each new day passes ...


They are growling at each other and moving all over the place when they aren't sleeping and growing leaps and bounds. 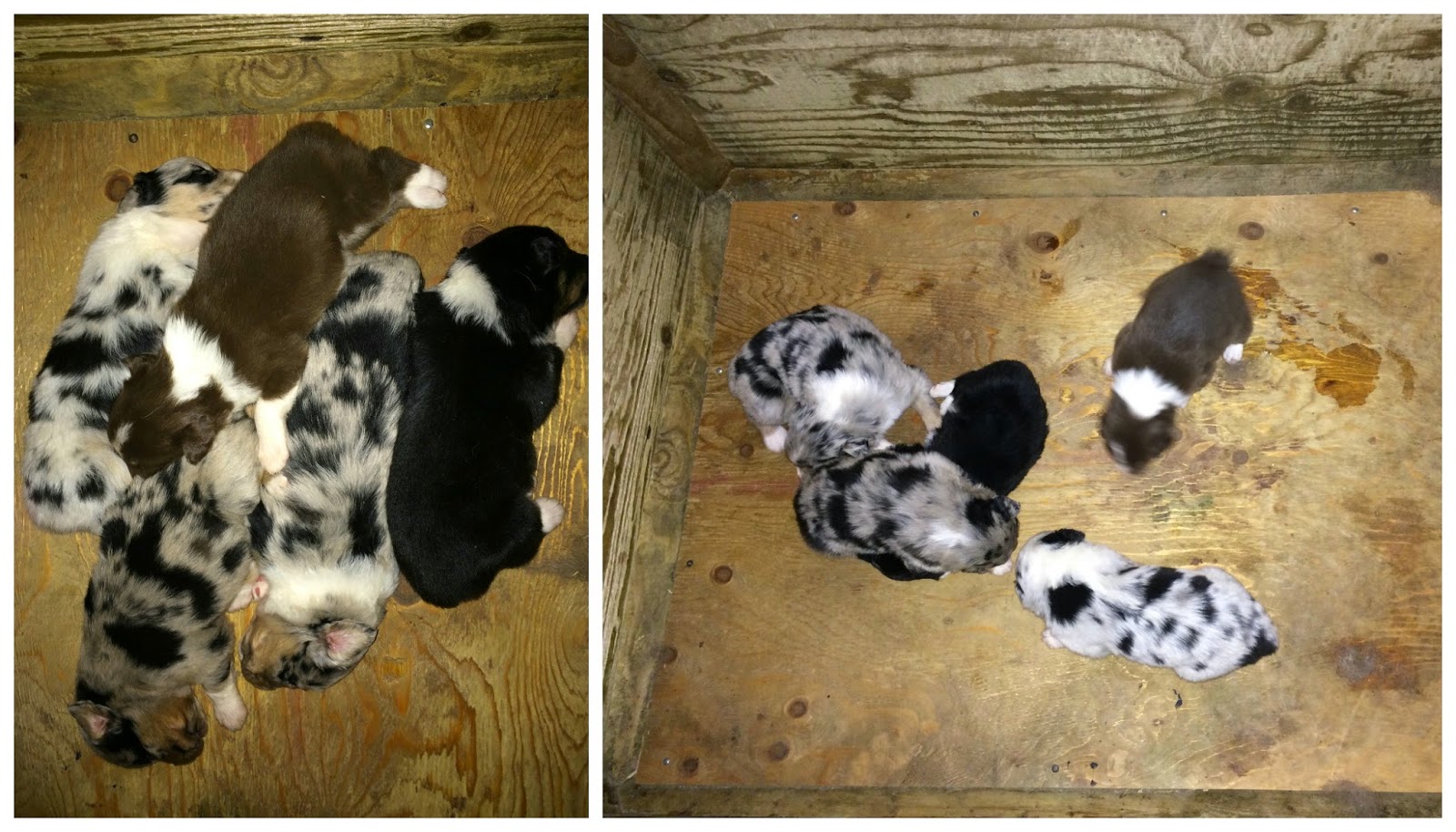 This afternoon brought lots more out and in with the Aussies.  I also received another phone call from our Doctor's office, this time from the staff to let us know Rob has been referred to Dr. Lozon, and he will also be scheduled for a CT Scan on his leg he had an Ultra Sound on yesterday.  A Vascular problem in the leg(s), rather then the IT Band, is now suspect.

*Shaking Head* what a pair we have made lately.  I surely hope we get through these medical issues easily are what my prayers will be.

I  have been getting tired of cooking lately, maybe because I am just plain "tired", so to use up the last of the ham I made one of my most favourite meals.


Yummy.  French Toast with Ham and Miners' Maple Syrup.  All food groups in one sitting, less the veggies I suspect. 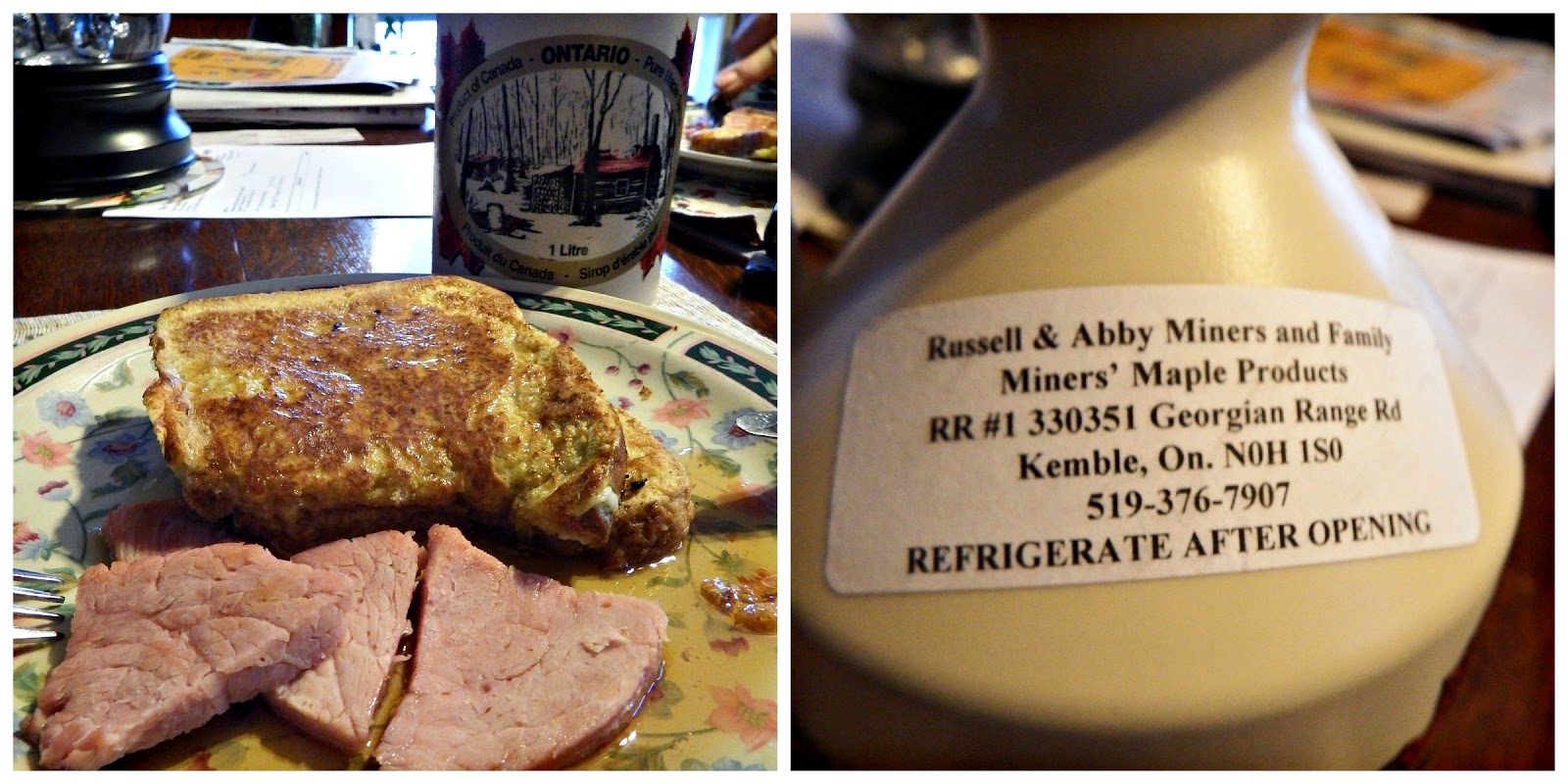 Oh my look at the time, only 5:41 pm with dinner done, and my blog post also almost done.  What is a person to do with all this extra time left to themselves?  maybe pickup my 2 year long knitting project? or read? the possibilities are endless, that is once I first get the dinner dishes done, Just North of Wiarton & South of the Checkerboard.
Posted by Cindy@NorthofWiarton at 1/08/2015 05:51:00 pm