This morning I felt like my body was carrying around rocks inside my skin, but the Aussies can't look after themselves so I dragged the rocks around to get chores done this morning.

The day went from not terribly bad to a bit worse ...

.... yes someone was very very quiet and when I was back out in the kitchen at some point I noticed the butter dish on the counter was empty, hence the "photo of shame" for the baaaaaad girl, Portia.

What I did get accomplished was some filing set up for the New Year, heavy on the "some".  This wooden filing cabinet I had purchased a couple of months ago for a great price of I believe $30 used, and Rob brought it up from the basement for me a few days ago. 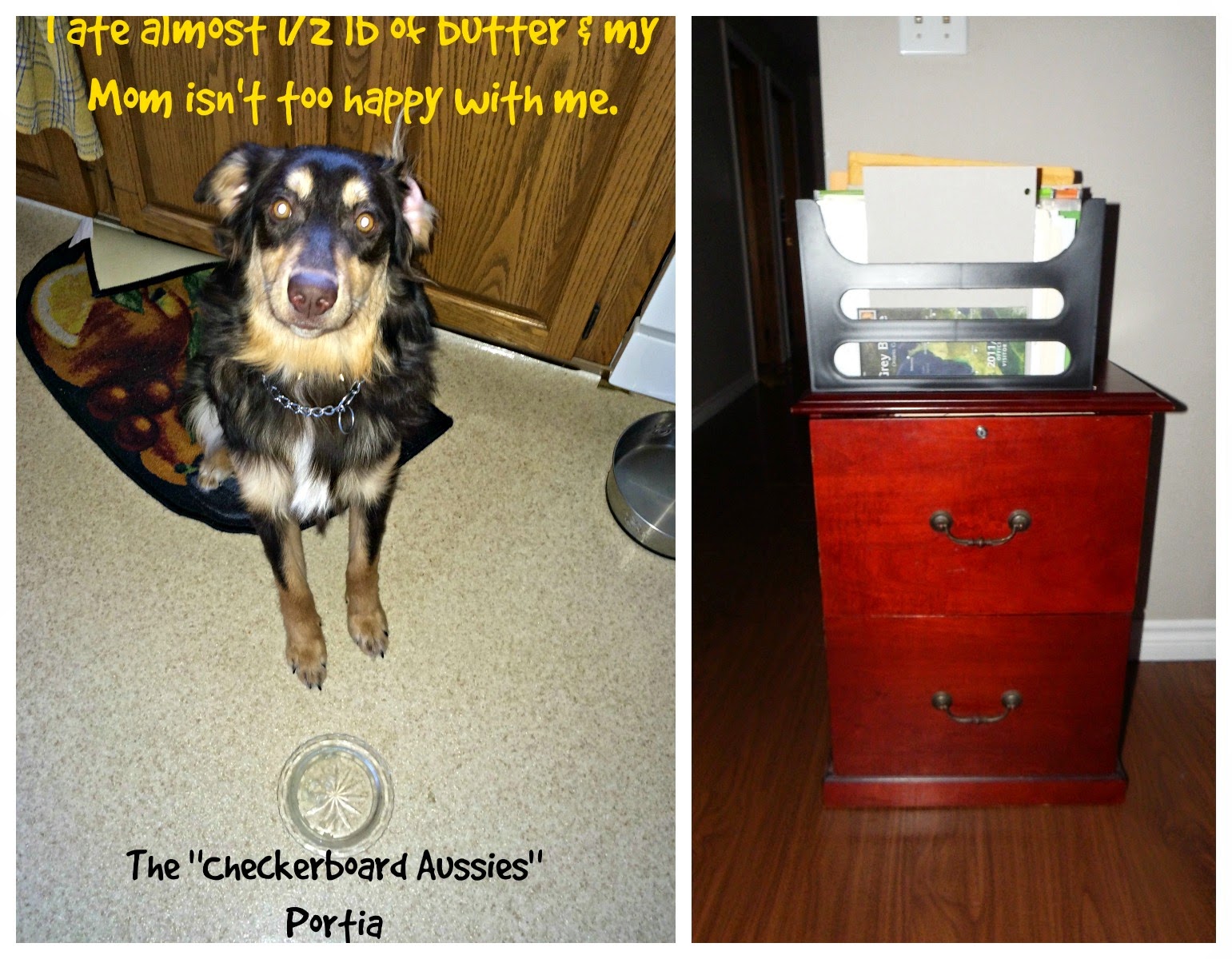 Buddy had himself lots of fun when we were out today, being the "go dog go" that he is. 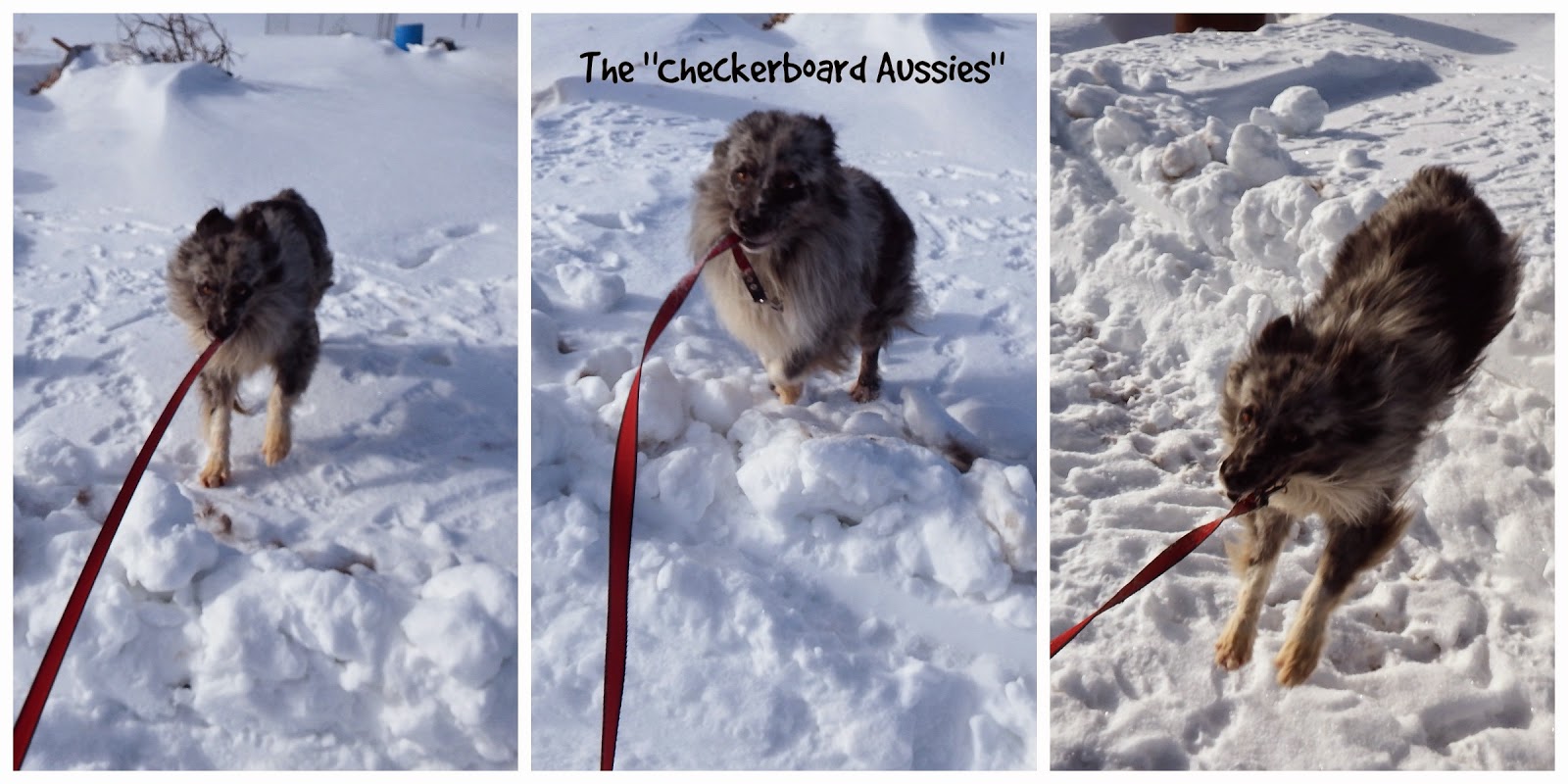 By the time after lunch had arrived I had pains under my rib cage, however not as severe that I couldn't breath as previous times had left me.  The afternoon was spent on the couch.

I had to follow Rob over Sauble Beach way to drop off one of our vehicles at the garage, however I am now going to rest to see if the pain eases, while Rob takes care of my Aussie chores this evening,

Tit for Tat most certainly works for me at such times, which I am grateful for,  Just North of Wiarton & South of the Checkerboard.
Posted by Cindy@NorthofWiarton at 1/27/2015 06:04:00 pm