My yesterday began mostly as any other one, in the "wee" hours of the morning, before the sun has even began to think about rising upon Bruce County ..... 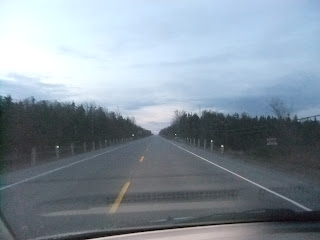 "There is Barbetta Orchard's apple stand in the old Duffy's Tavern parking lot located in Hepworth; it will be their last day there today at this location, so best be getting those apples in for the Winter months ahead." 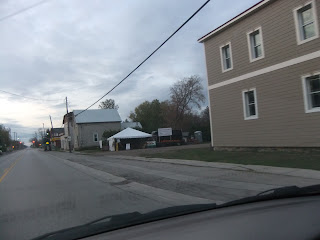 "The morning sun finally begins to make its appearance out of the Eastern skies ...... " 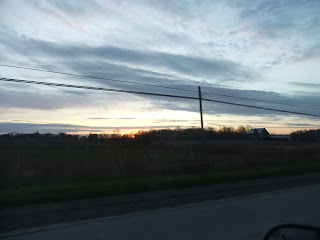 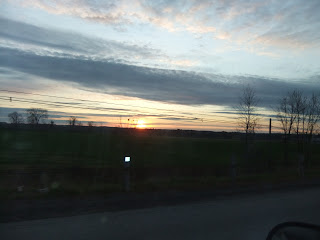 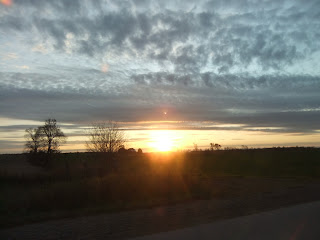 " ..... reflecting itself in the river as it had extended its reach higher up into the skies." 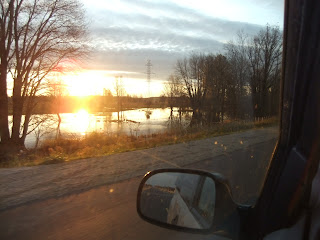 "It was almost a delightful feeling to see I also wasn't the only early riser this morning." 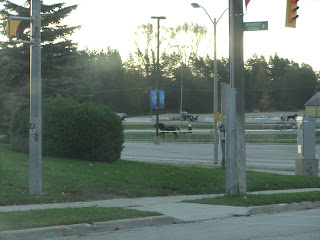 "There go my favorite rolling hills and dales, I enjoy viewing so much." 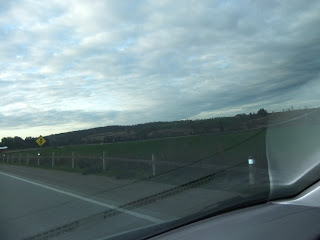 I had a fantastic "day away for me", spent in the company of a few very close friends, with also having the pleasure of meeting some new ones along the way.  Like any day enjoyed, or otherwise, it had to wind down and come to an end by returning myself back home.

"Almost home just before Wiarton, there appeared a funnel of cloud cover seemingly extending itself and looking as it might end up at the doorstep of our home, "Just North of Wiarton & South of the Checkerboard".  It gave me the dreaded feeling there was going to be snow." 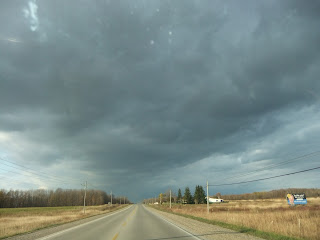 I made it home, and heavy cloud covered remained, spewing from it only a few rain drops here and there ..... no worries at all.  I have to admit it was pretty intimidating looking as I was driving towards it at the time.

After I got settled back in at home with the "pack" being a attended to, as my "Crabby Cabbie" had already left for work, I settled myself with a cup of Java to check my emails.

Oh so delighted was I to find out my Pen Pal Gal friend from England, Carol, had emailed me some photos she had taken yesterday afternoon as well.  These photos Carol has shared were taken in Richmond, England, about a 15 minutes drive away from her home.  The river pictured is the Swale River. 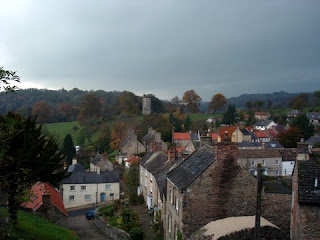 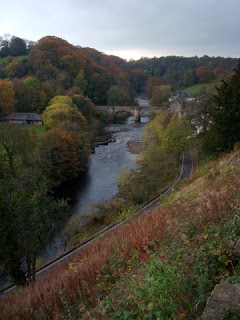 "This particular photo reminds me so much of our very own Sauble Falls.  I can hardly believe how close they are in comparison." 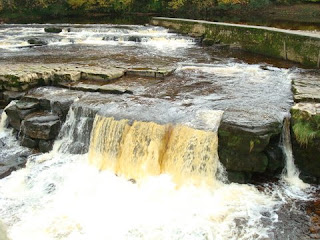 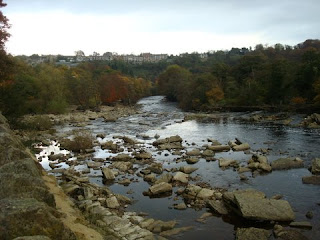 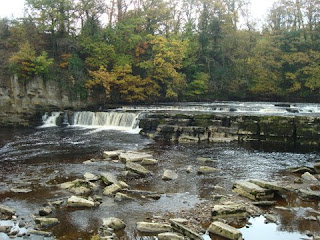 "I almost feel I could walk right into this photo with a picnic lunch and place a blanket in the grass.  I am sure Carol has mentioned they are pretty much having the same weather as us at the moment, so I also think this might be the "wrong" season for me to be doing that." 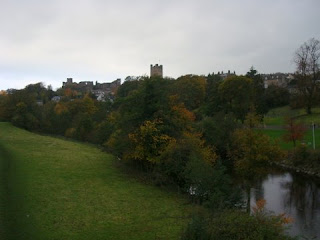 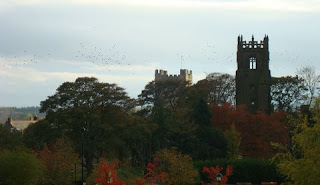 Thank you again, Carol, as I really do enjoy the comparison of our World across the miles.  It means so much  more when you have a wonderful interaction with the person who actually lives in these places.

I best be now checking in with my Wiarton Weatherman guy to see if he has any decent weather planned for my day ahead.

Oh there actually might be a "glimmer" of hope once the 40% showers has passed by this morning!

"Cindy's Recipe Exchange", on Facebook, has five group members, myself included, up for the "DO NOT buy meat until what is in your Freezer is first used up" Challenge, beginning yesterday.  I am looking forward to us sharing our experiences of doing this together.  I know I, for one, will have to put blinders on when going into a grocery store to keep me away from the Meat Department.  I will also have to refrain from looking through the weekly flyers at the "specials", as that would only be torture, would it not???  LOL, for me it would be. 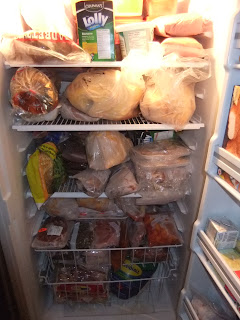 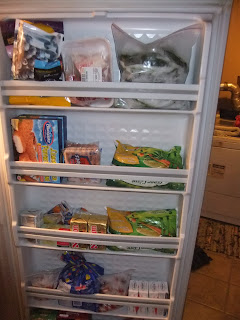 "Hopefully bringing a "little" organization with it, but that is a "blog" all on its own for another day ahead." 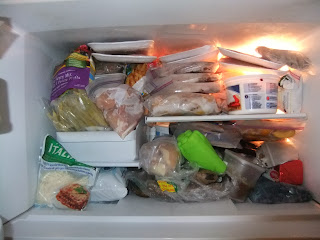 "My very first choice for dinner from our "overstuffed" coffers.  Ham & Scalloped potatoes in on the Dinner menu for today.  No Ross, you have NOT been invited ! " 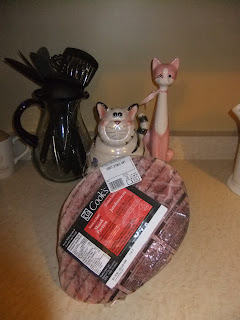 Now keeping in mind our freezers are not really as bad as they look, as there also is fruit and vegetables in them for the Winter months ahead, and soon to be Spy apples, as well as ten of our own chickens we just had butchered at Thanksgiving.  In all fairness to myself I am looking forward to the "challenge", if just to give my freezers a much needed cleaning out, which was the main objective, as well getting us into more of a "rotating habit"; old to the front & new at the back, I will be extremely happy.

Wowsers, quite the "blog" today I must say !!!  and here when I first started I was thinking how "blogged" out I was feeling this morning.  *Sigh* but things to do hopefully with a "dent" being made, as I surge forward towards a new adventure in my day ahead, "Just North of Wiarton & South of the Checkerboard".
Posted by Cindy@NorthofWiarton at 10/30/2011 07:59:00 am