Winter has not yet left the building .... it comes again.


Heading into Wiarton this morning past the Mile Inn (long renamed now, but still called this by the locals).  The roads were a little slick in some spots so it was a careful drive. 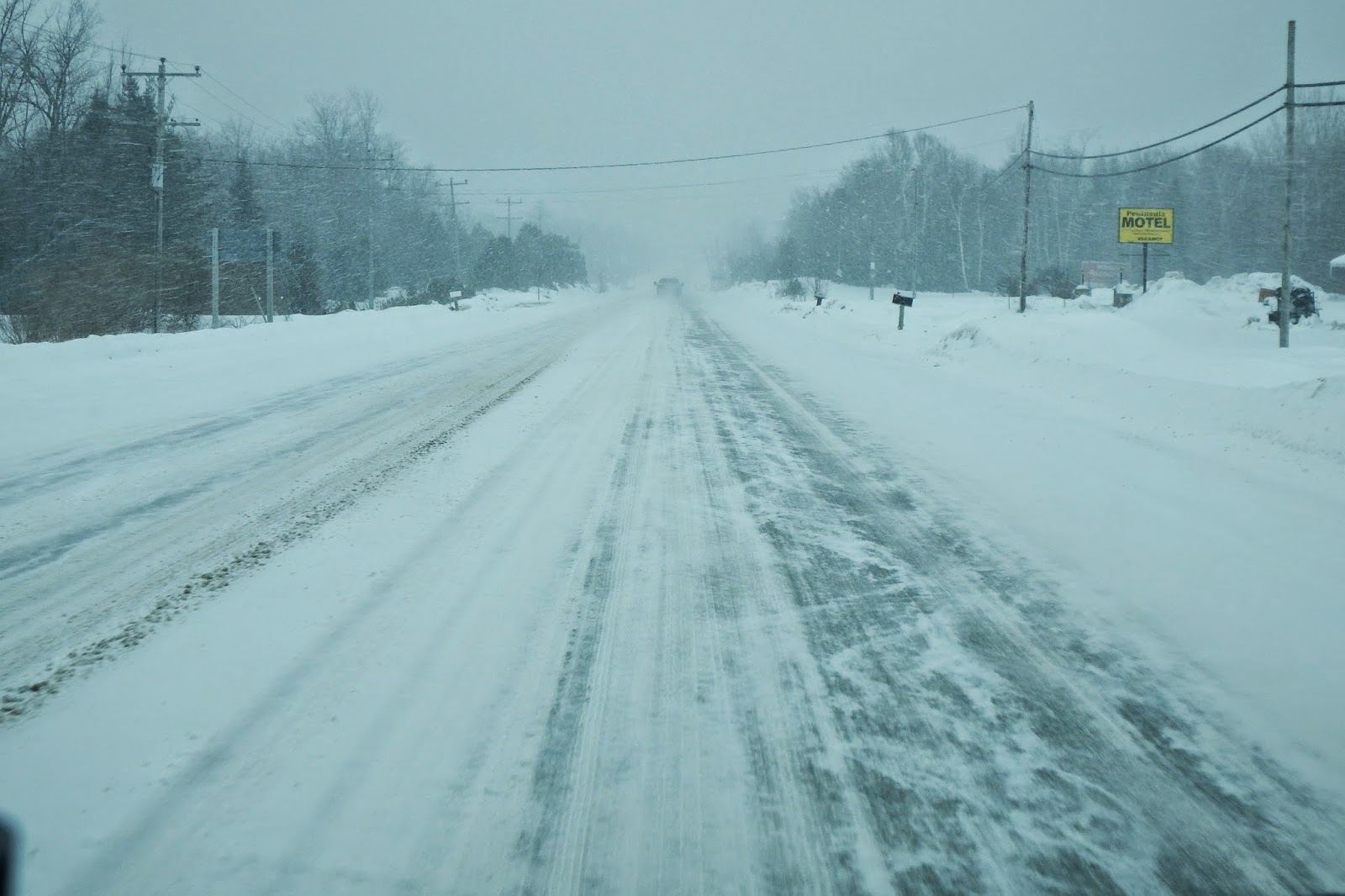 This is the Old Train Station which overlooks Colpoy's Bay, down across from the Chamber Office.  It was so blustery out on the Bay at the Noon hour you couldn't make out there was even water there. 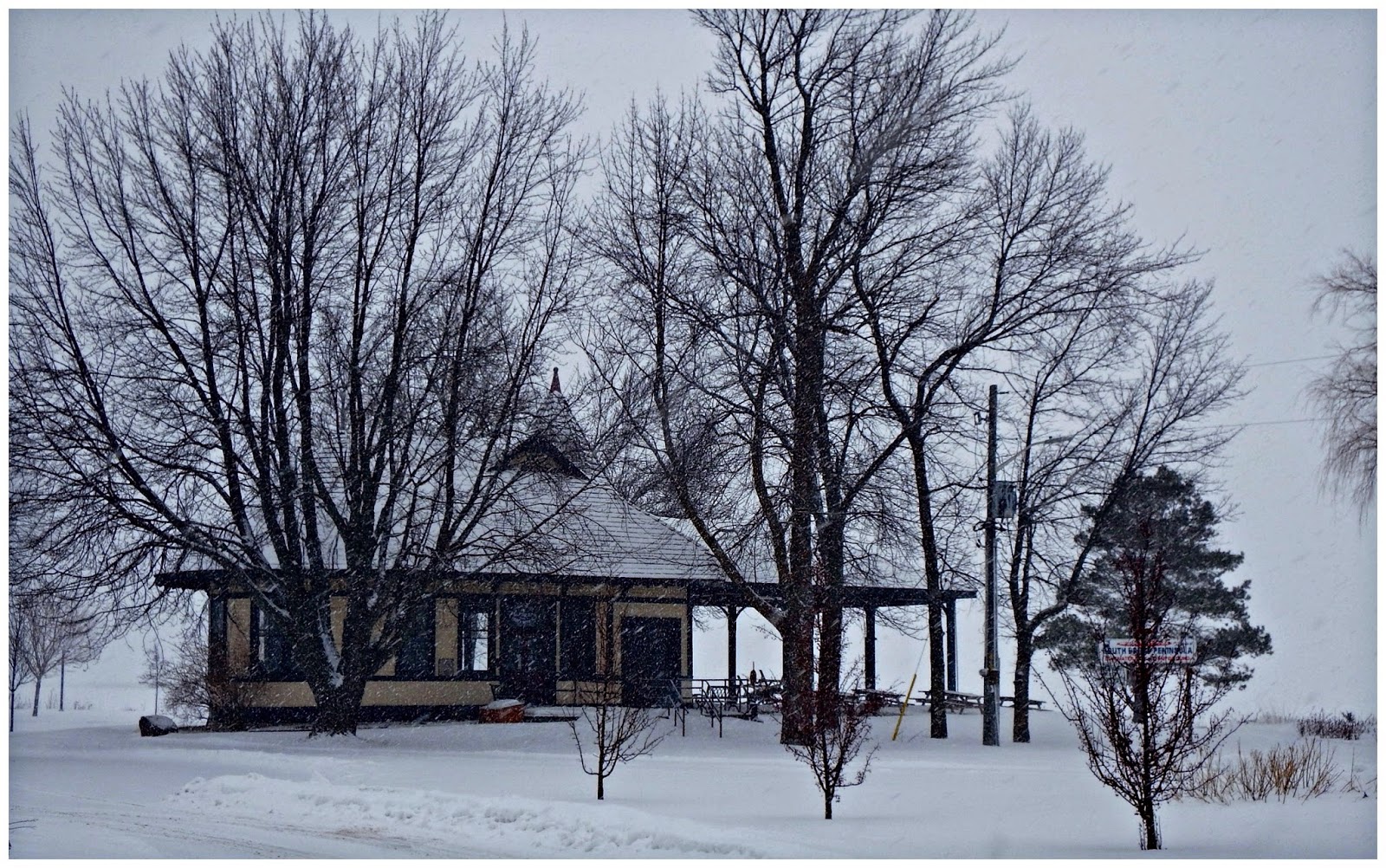 I have found myself in a bit of a "funk" the past while, not being able to get myself into anything, never mind any kind of a routine.  This bothers me but for some reason my head doesn't want to wrap itself around anything to get myself out of it.  I am tired, and I am certain the fatigue has a big part in feeling this way.

By the time I do a revolving door most of the morning with the Aussies, feed the puppies twice a day, and clean them out, I am feeling pretty much on the weary side.  I can't believe in a couple of more weeks they will be going to their Forever Homes, all except for one who will be picked up a week later.

This upcoming week I will begin feeding the pups three times a day, rather then the two they get now, and maybe a couple less feedings from Mama Lexus.  It is all a process.

Rob is busy out working for the evening.  I am thinking it is almost time to take Buddy out for his walk, as we do not leave him in the outside kennel when the temps are in the minuses.  Then Portia will want out, and so on and so forth with Bandit and Lexus

Another early night for me in bed and probably asleep by 10 to hopefully not to wake up by 1 am like the past few nights, Just North of Wiarton & South of the Checkerboard.
Posted by Cindy@NorthofWiarton at 1/29/2015 06:02:00 pm