Ha !  I found Rob sleeping on the couch when I got up this morning, even though I knew he was out here through the night when I had woke up in the wee hours of the morn.  He had went to come to bed however I had cracked our bedroom window and it had been too cold for him in there so he opted for the couch.  *Sigh* what can I say, to have a good night's sleep one is to have a cool room to sleep in.

This morning Rob took me downtown to run a couple of errands.  Before we had headed home we had also stopped into Foodland to pickup a couple of things.  It was so nice to run into there again Steve and Kaeli ! a pleasure once again.

Yes it isn't too often I get  a photo of Lexus feeding her pups, only at the first week they are born.  After I have fed them their puppy mush I let her in to clean them up and have a guzzle from her.  From top to bottom & back up is Jax, Izzy, Raven, Lyric & Snickers.  Growing like bad weeds they are. 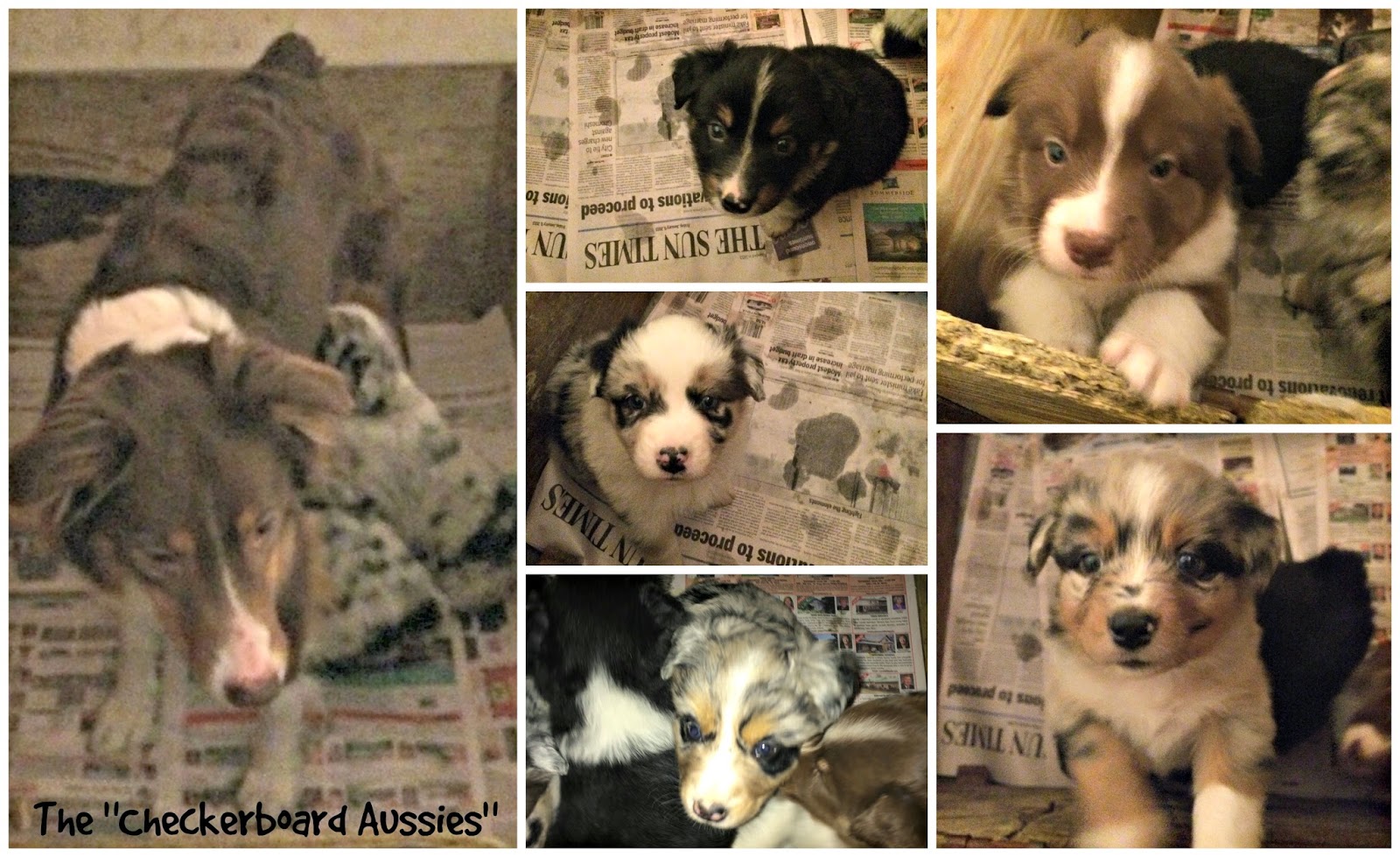 NEWS FLASH !!!  Another Baby
Snickers would love to announce the arrival of her FOREVER HOME's new baby boy, Joseph Noah. How wonderful Snickers & Joseph will be growing up together. Boy their parents sure are going to have their hands full ! 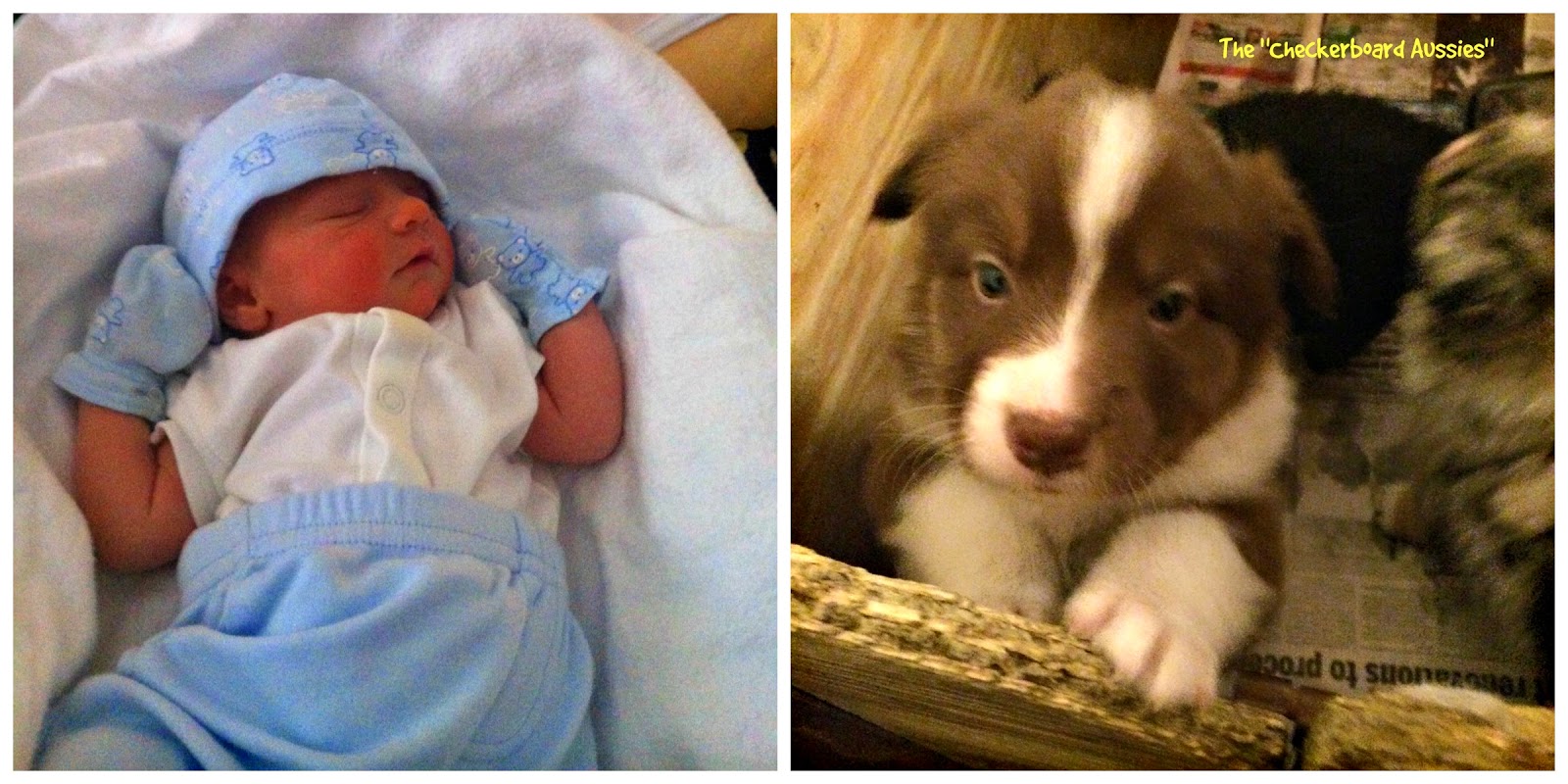 Before I knew it the morning was gone and lunch time had arrived.

Yes Rob spoils our boy Bandit.  By his face Bandit sure didn't care much for that carrot. 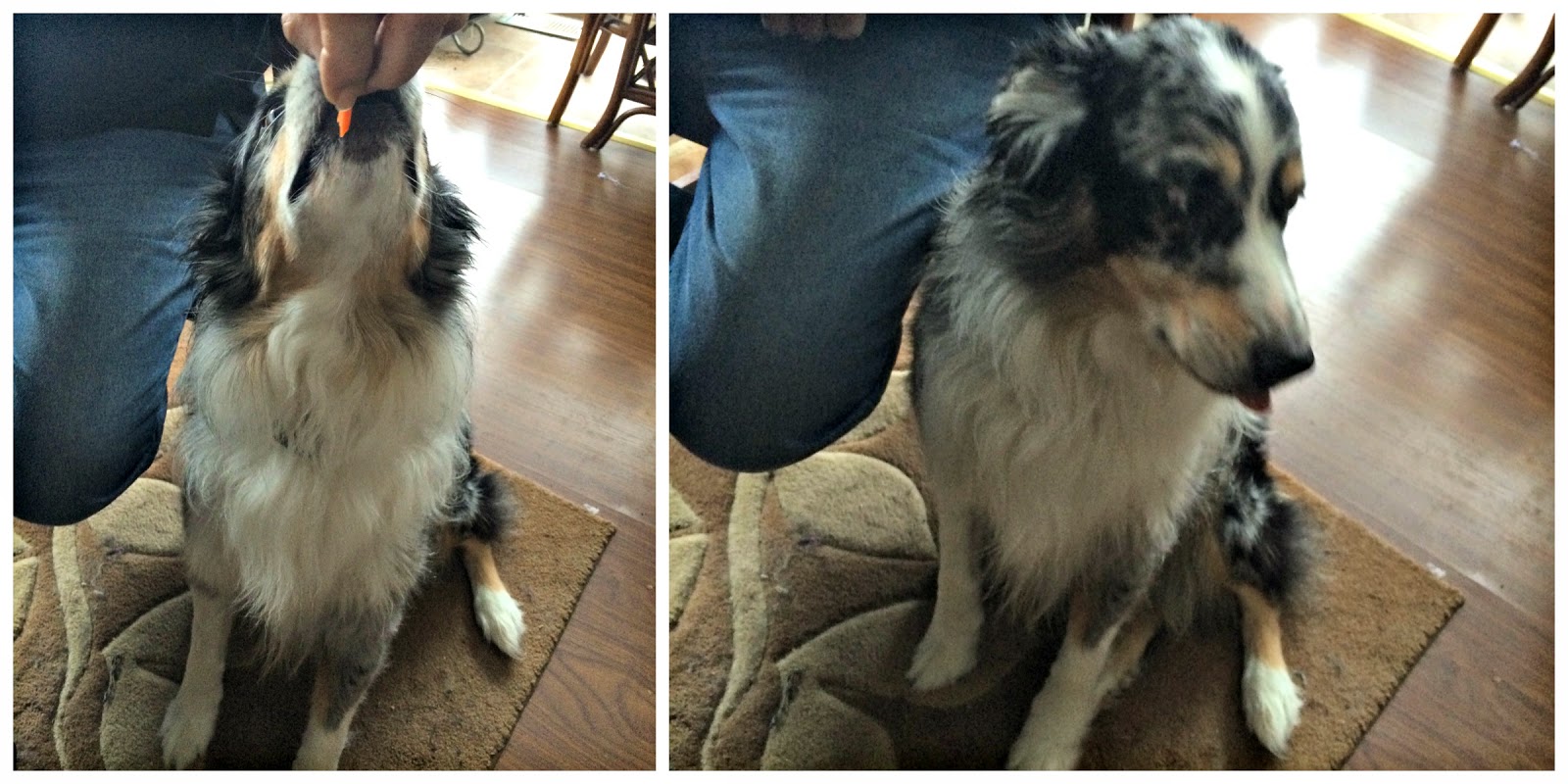 Today there had been a light drizzle.  Rob thought he had best get the drifts cleaned out of the lane before it snowed and froze up again.  The snow was pretty heavy.  The Peanut Gallery had to watch every move of the tractor. 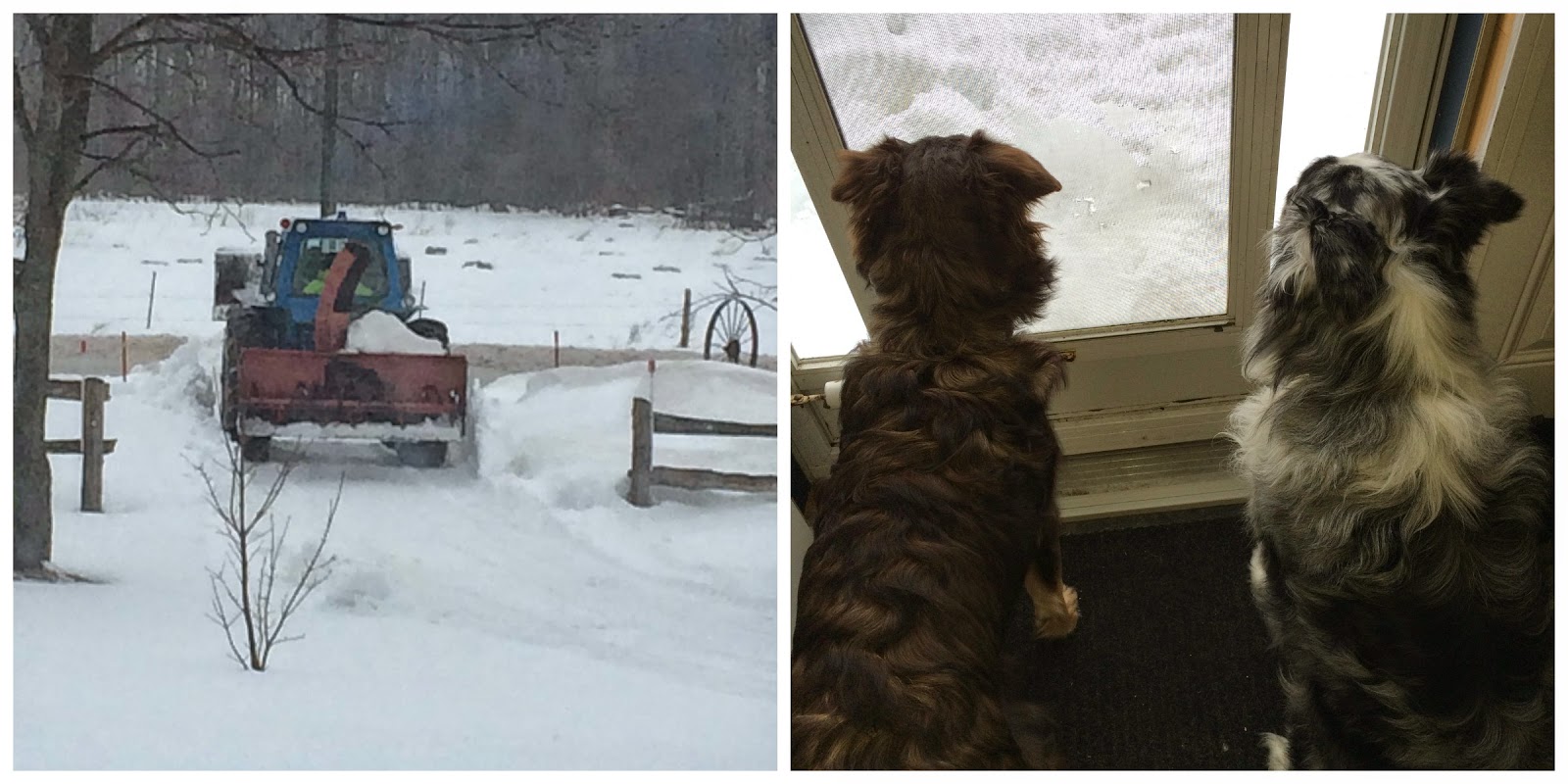 Yes it did begin to snow later this afternoon.  Yes Rob still had to go out in it to head North.  Yes Aunt Gladys Rob turned his shirt right side out, as he said he could still get another day out of it. 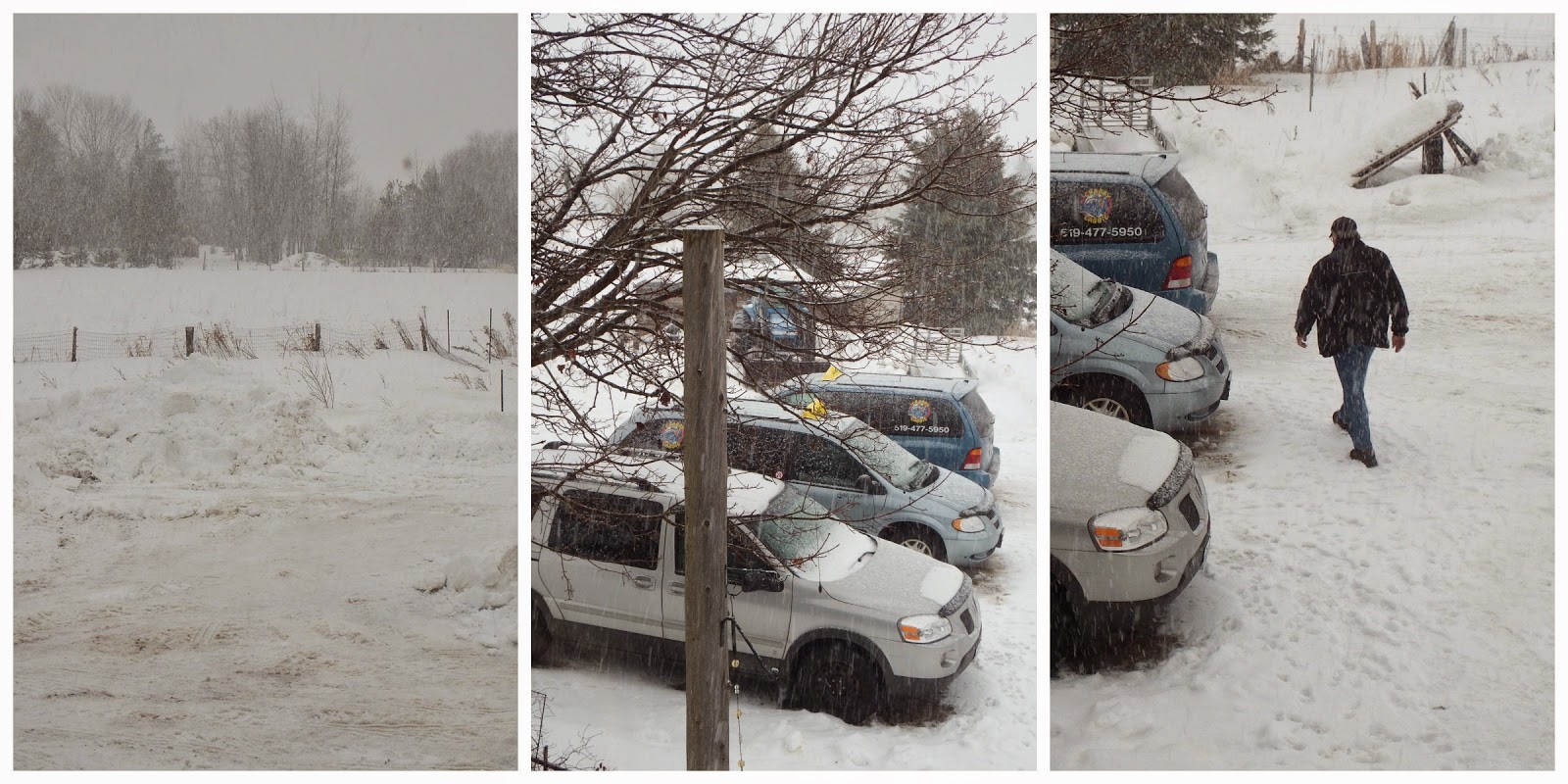 There is always some sort of fun Quiz or another from time to time on Facebook.  The one I had came across earlier today was "Which Song Was Written About You".  This was the the song I got after I completed the Quiz:

I do have to say, I love that song.  Good choice for me I thought.

I had to make at least 3 phone calls to my BFF, Vicki.  I surely don't know what I would do without her as she is my "go to for everything guru".  I am certain there are days when she sees it is me calling she thinks, "not again" !  Thanks Vick xx

That was pretty much the highlights of my day, Just North of Wiarton & South of the Checkerboard.
Posted by Cindy@NorthofWiarton at 1/24/2015 07:00:00 pm