Last night Rob had me over to the Owen Sound Hospital, which is approximately a 30 minute drive depending on traffic or the mood the driver is in, for 10:30 pm for a MRI.

The MRI only took 20 minutes.  Those machines make the worse noises ! and I had a ferocious headache.  The MRI person was more then pleasant.  I asked him not to bother with the music in the headset as it could never be heard over the MRI machine anyhow.  He agreed.

I am claustrophobic, so instead of taking medication to relax I learned a washcloth over my eyes prior to going into the MRI machine works wonders for me.  The only thing, other then the headache, that bothered me was fear of moving as I felt myself drooling ... I was embarrassed for myself.  Hahaha !

Rob had to leave me there as he had a pickup to do.  Once I was done with the 600 pictures !!! which the technician said hopefully they would find something, and I replied with "yes, hopefully it just isn't all in my head".  When I was ready to leave I hoofed it down to the Tim Horton's coffee shop which was only a couple of City blocks away to wait for him to come collect me.  We were back home shortly after midnight.  I slept like a baby.

This more I was drained like beyond no tomorrow.  I pushed myself to do a bit of sweeping, and of course took care of all our Aussie's needs.  Then it all began with an upset tummy and running to the bathroom.  I was bad I could have sworn I was prepping for another Colonoscopy again.  Thank Goodness I had Imodium on hand as that is what I had to take.

By this afternoon I was out in the Gazebo and passed out on the lounge for at least a couple of hours.  Rob made our Dinner, which is always appreciated.


BBQ'd Lemon Pepper Chicken with side of Potatoes and Peas.  From what I could taste it was awesome as usual.  Thanks Rob ! 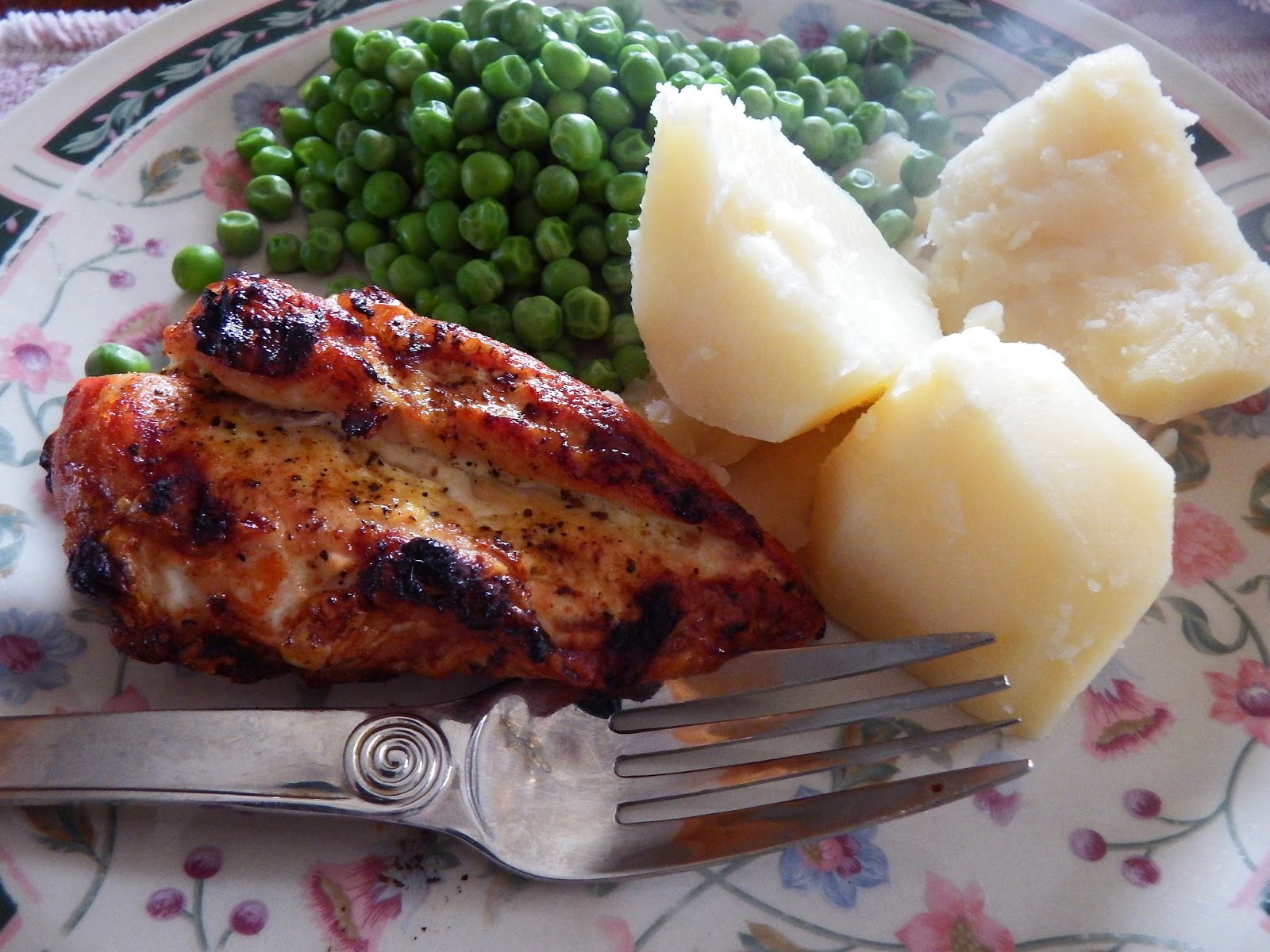 Yesterday we had an "extra" Aussie on the property ...


Lexus had a good combing out, loving every moment of it.  Yes there was an "extra" Aussies all over the property once I was done with her.  She could still use a couple more combings to get a couple more Aussies from out of her.  Another day. 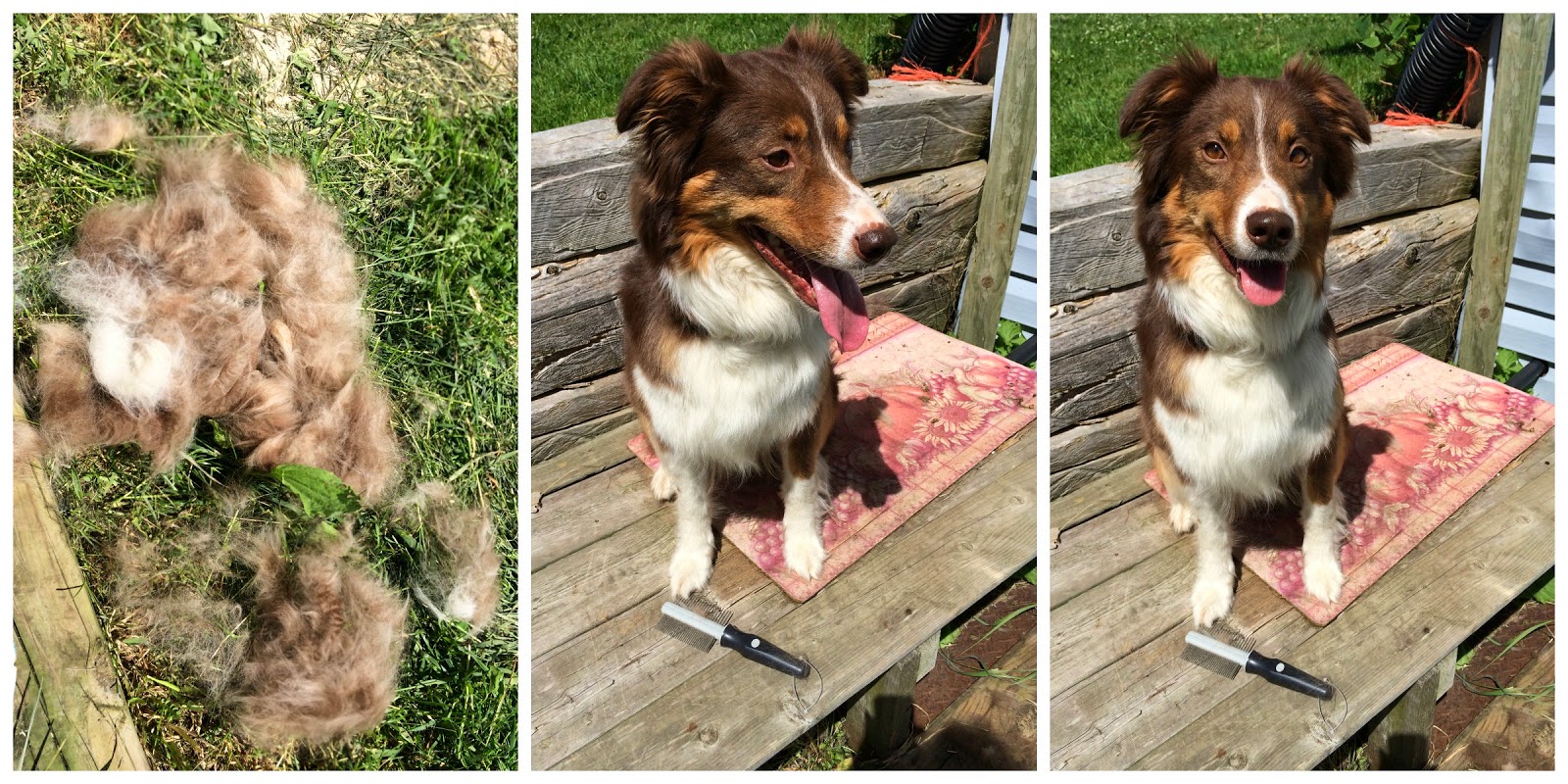 The three Walnut trees on our property have matured in turn attracting squirrels last year, and now for the first time living in here in eleven years we have Chipmunks.  The Aussies know they are lurking ...

Lexus is very hearing in tune to the Chippies.  Are they over there, or over there? maybe back there again???  When I went out this morning there was one right there, showing absolutely no fear of me .. funny how they adapt to humans so quickly is it not? 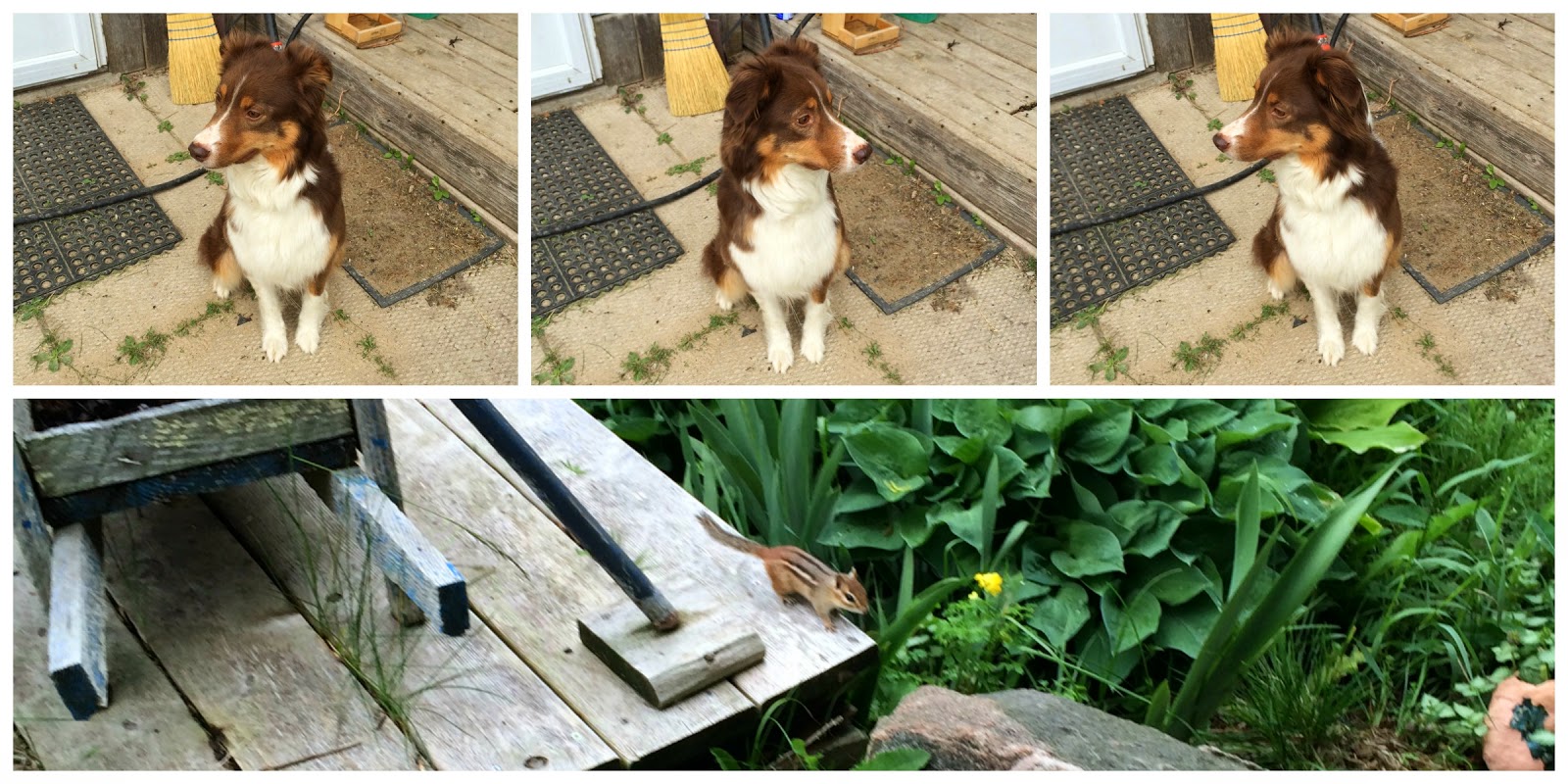 Now for some "Extraordinary 8" puppy updates.

I entered on of our puppy photos in the Annual Pet Valu Photo Calendar Contest.  Two of our Forever Puppy Homes followed suit.  First one was entry for "Buddy" and the second was "Sully", both Blue Merle Males.  Handsome sweet pups are they not? 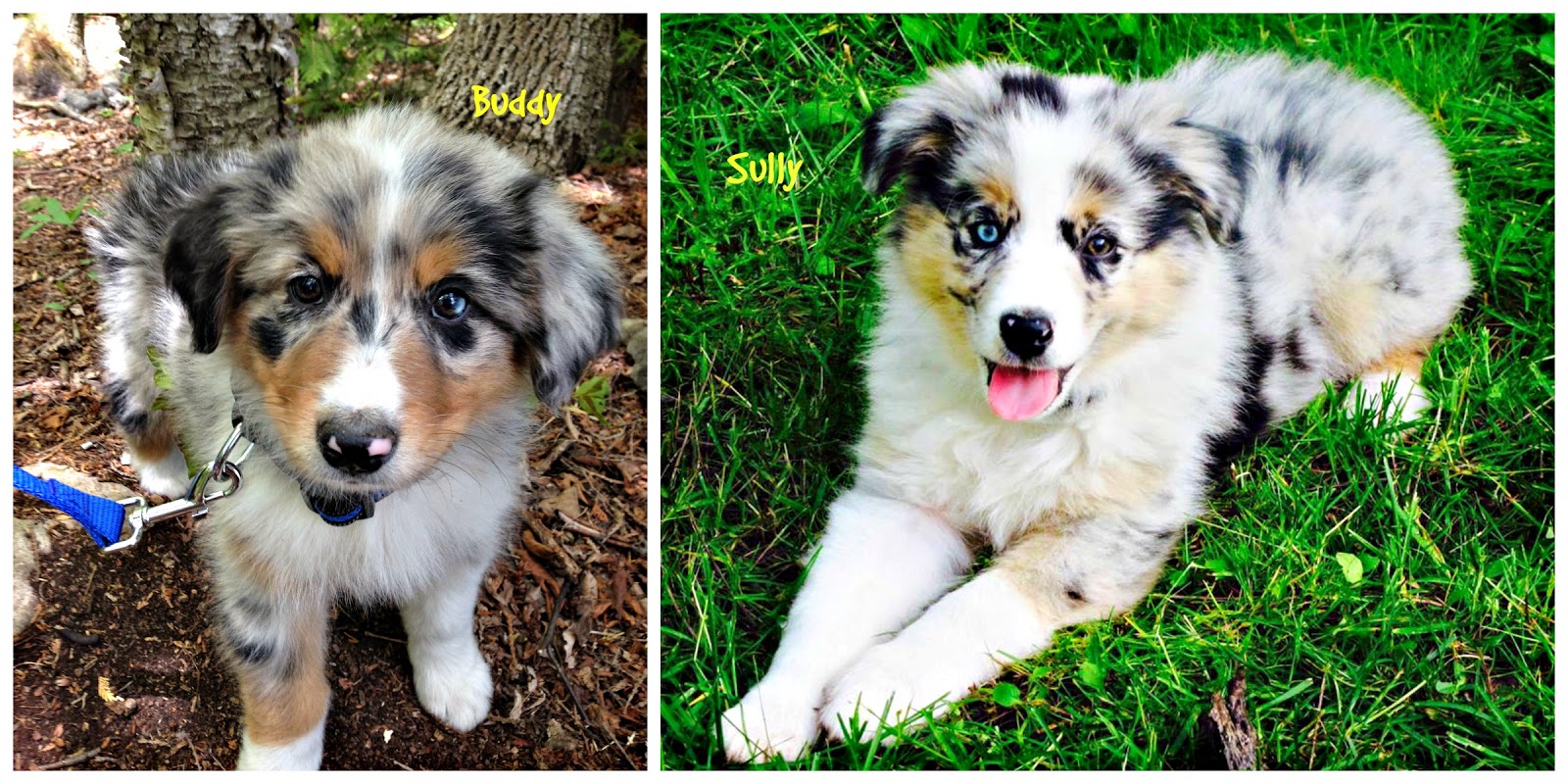 First photo is of Ace, who is playing around with his new Pal, second is of Blu, who was apparently such a good girl at her 2nd visit with the Vet, and third is the little girl, Mayc, who is still cute as a button. 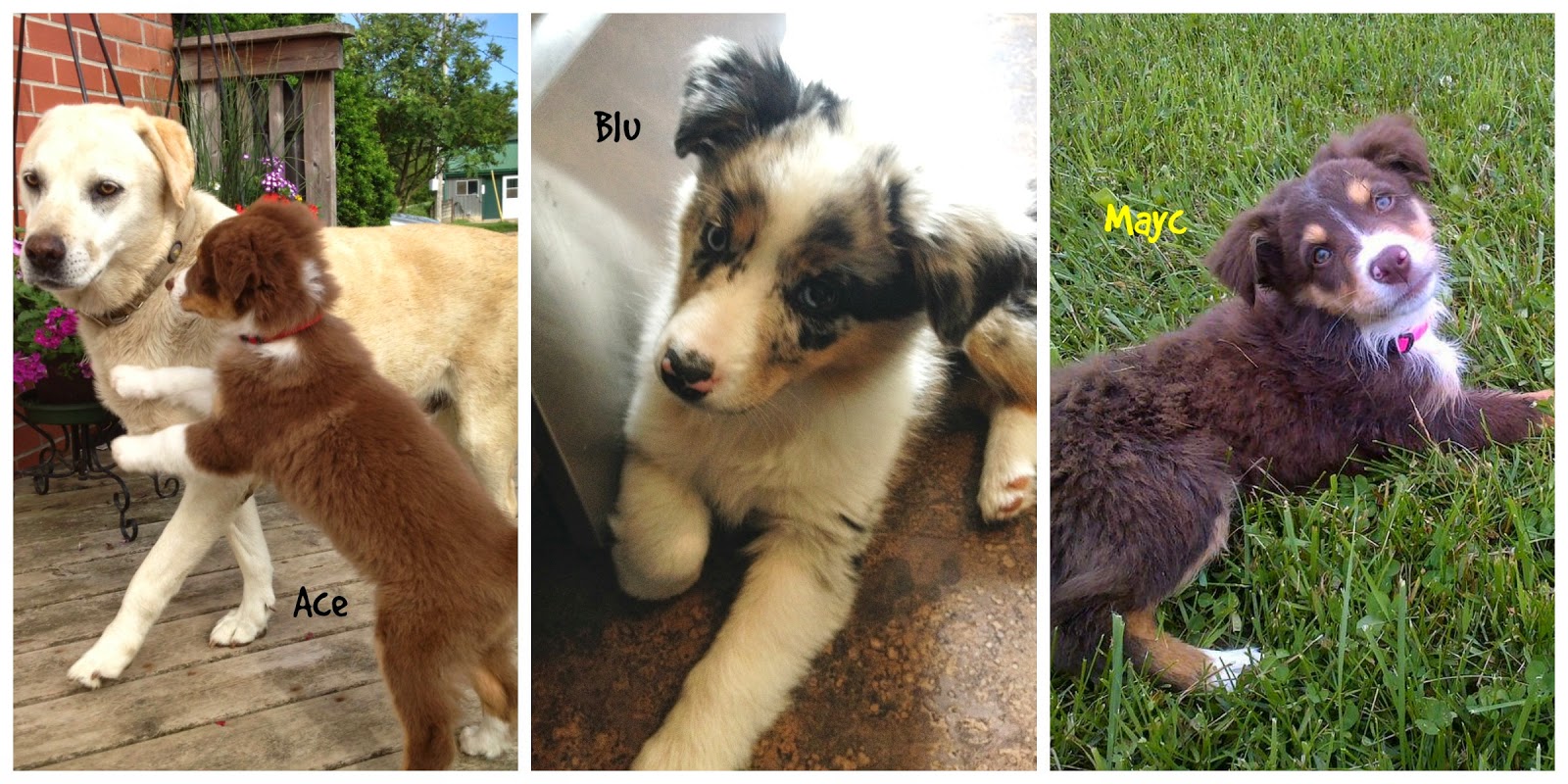 Truly I could not be happier then getting updates from most of our Forever Puppy Homes.  It is nice to follow their lives and their growth.

Rob and I goofing around with a "selfie" at the Drive-in Tuesday night.  Always have to have a bit of fun from time to time. 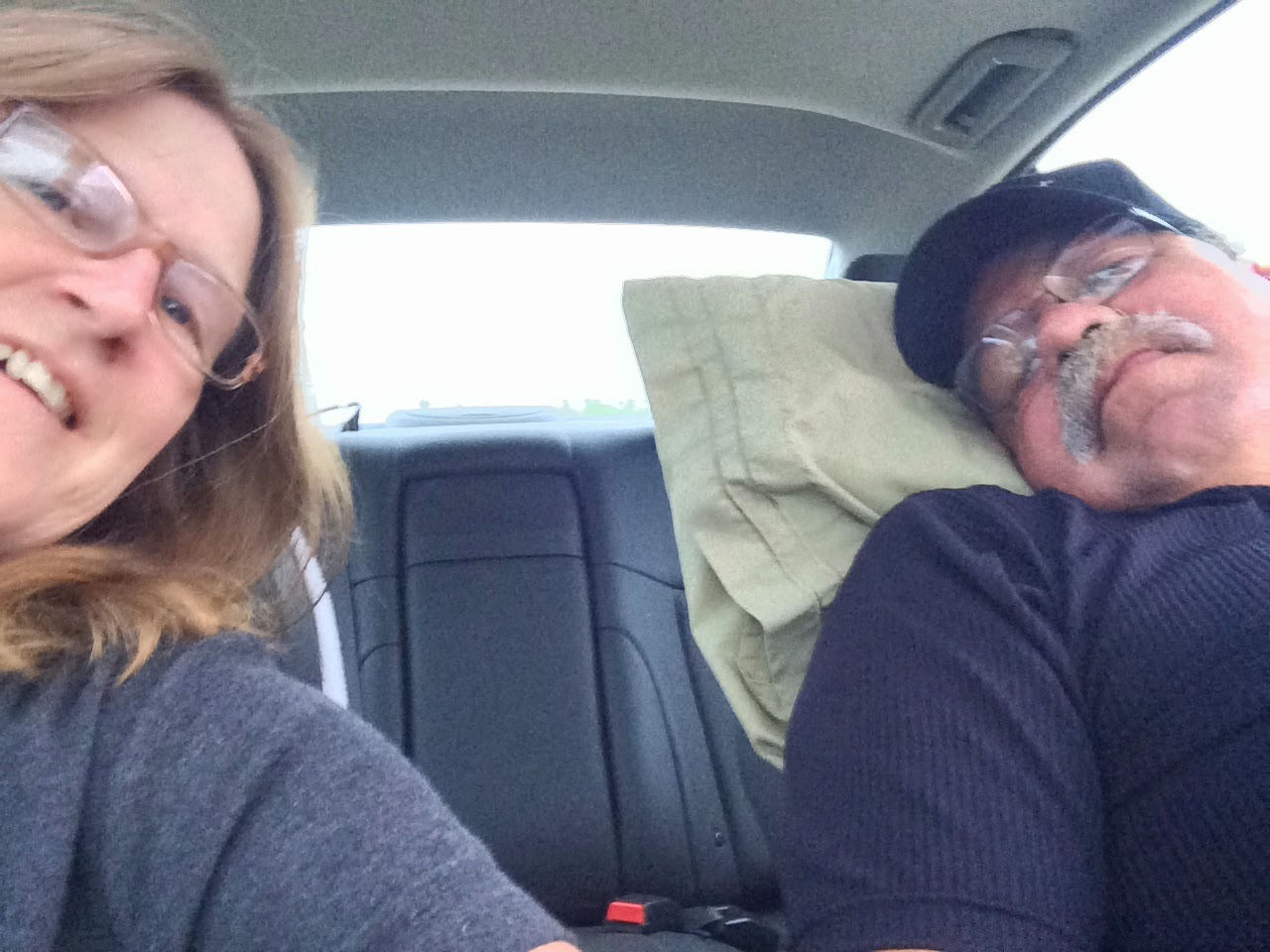 When I was at the Dentist Tuesday afternoon he had spotted a red spot on the back of my throat that had white specks on it.  I am now convinced this is what has turned into what I have now with the sore throat, headaches, heightened aching and bad tummy.  I figured it would be a matter of time before something "got me".