Happy Father's Day to all the Fathers out there, and to all the Mother's who have done their own job as well as that of a Father to their very Best !

My own Father, Harold Edwin Masterson, known as "Fritz" passed away 33 years ago June 1981. 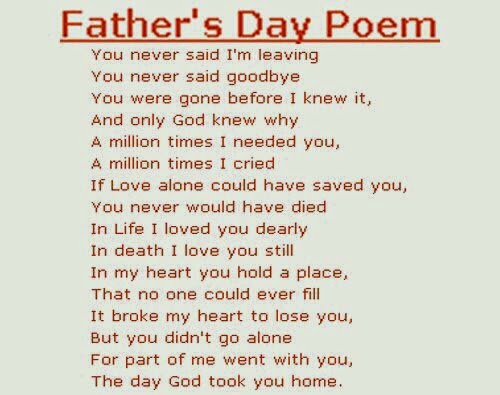 Over the past couple of previous days Rob managed to get the load of gravel we had delivered Friday spread as well as grating our driveway.


Hopefully this will solve our problems of low spots where water sits, and the problem of the muck we had after the Winter thaw.  Time will tell after our next substantial rainfall. 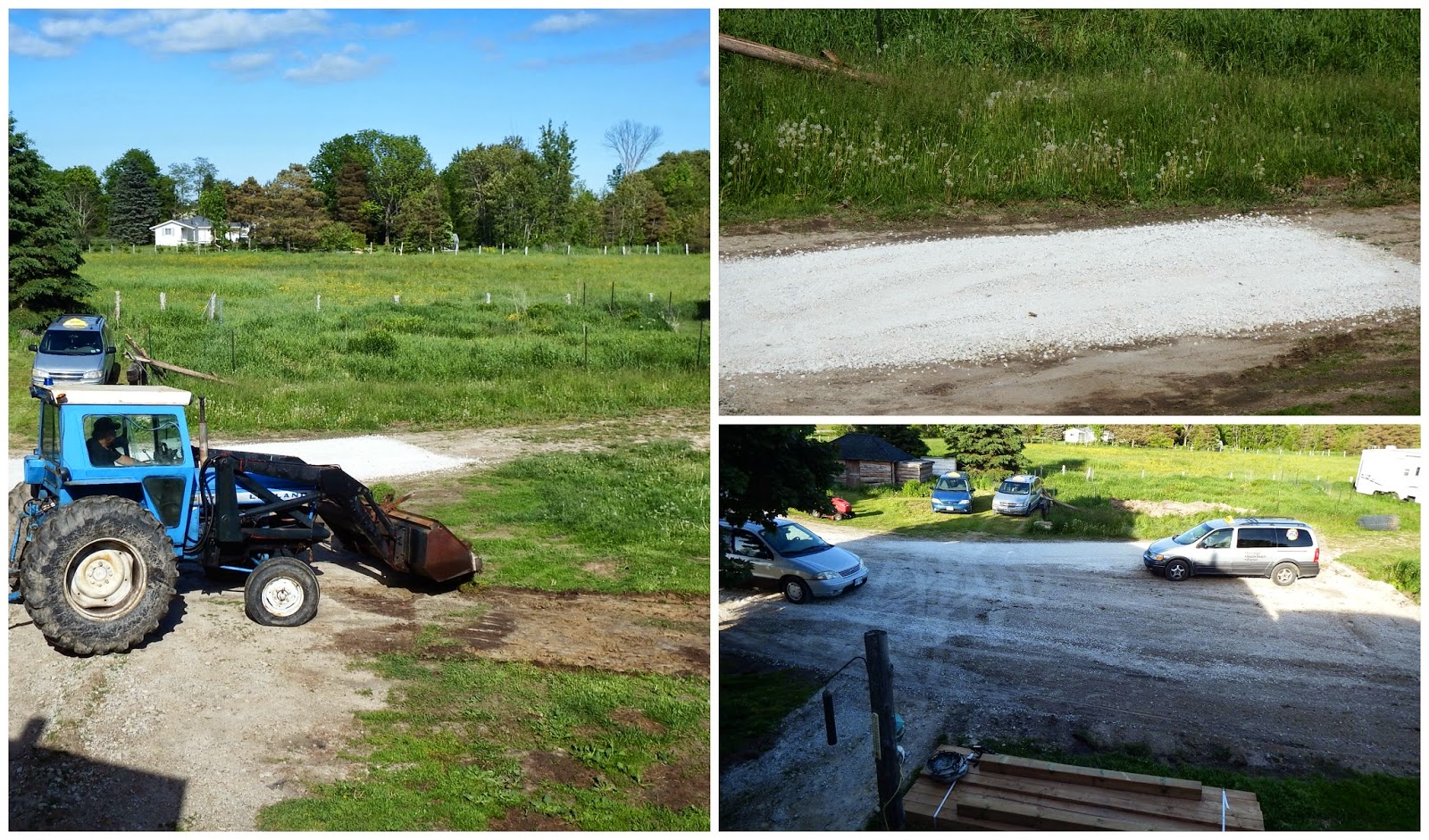 Rob also rigged up the solar light in the Gazebo.  He told me they had been on when he arrived home at 4 am this morning.  I hope I remember to check them out after dark myself this evening. 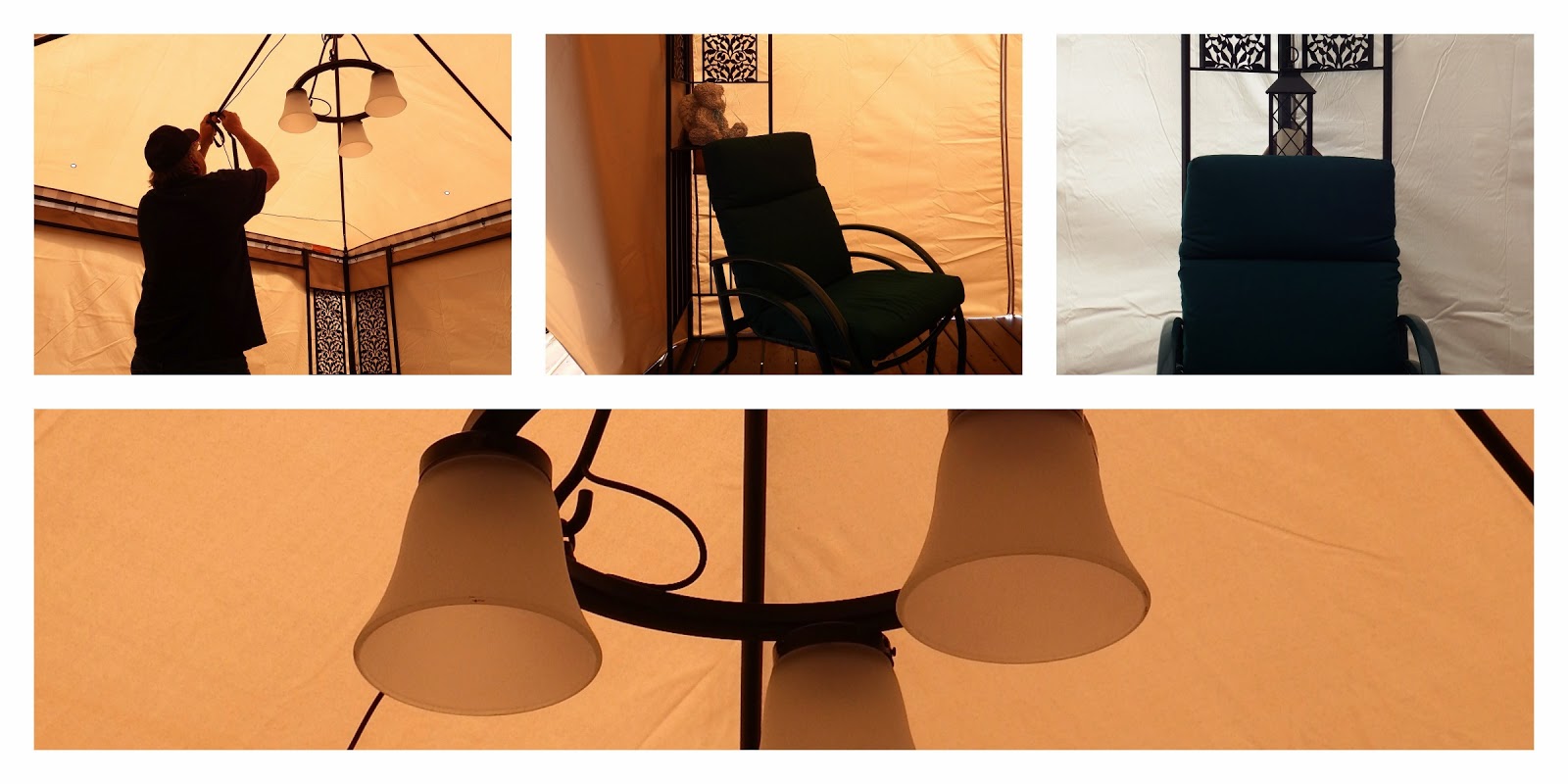 Today I thought Rob deserved to be treated out to a Father's Day Brunch.  Coal Shed Willie's (where I used to cook at a few years ago), recently has been purchased by new owners, who renamed it "Dockside Willie's".  We thought we would try it out today.

Wiarton Willie, whose home is along the same building, was out grazing on his lunch when we had arrived.  Rob was trying at all costs to avoid my taking his photo with his little "smile" on his face.  We both had the Western Omelet.  It was good, but nothing out of the ordinary, wherein I would more so rate my own omelets exceptional in comparison, however it was nice to be waited on, cooked for and walk away without the mess.  Total for 2 Western Omelets, 2 coffee, tax and tip was $25.00.  We will try it again.  The view is amazing overlooking Bluewater Park and Colpoy's Bay. 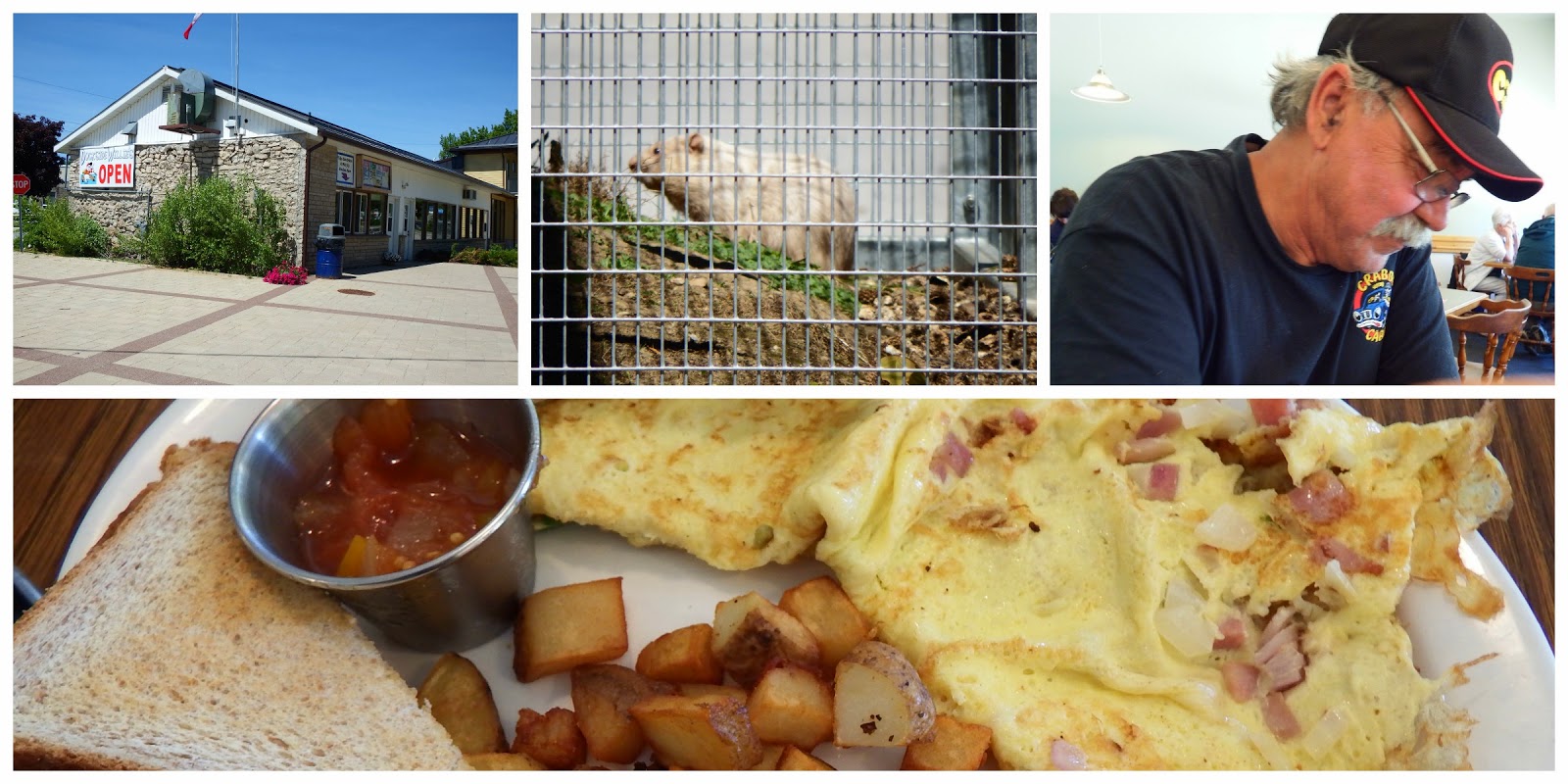 Rob decided we go for a wee walk throughout Bluewater Park.  The view are always stellar are they not?  The Sun was out in full force with a cool breeze coming off Colpoy's Bay, but still quite comfortable with a light jacket or sweater.  Lots of people had been out picnicking in the Park. 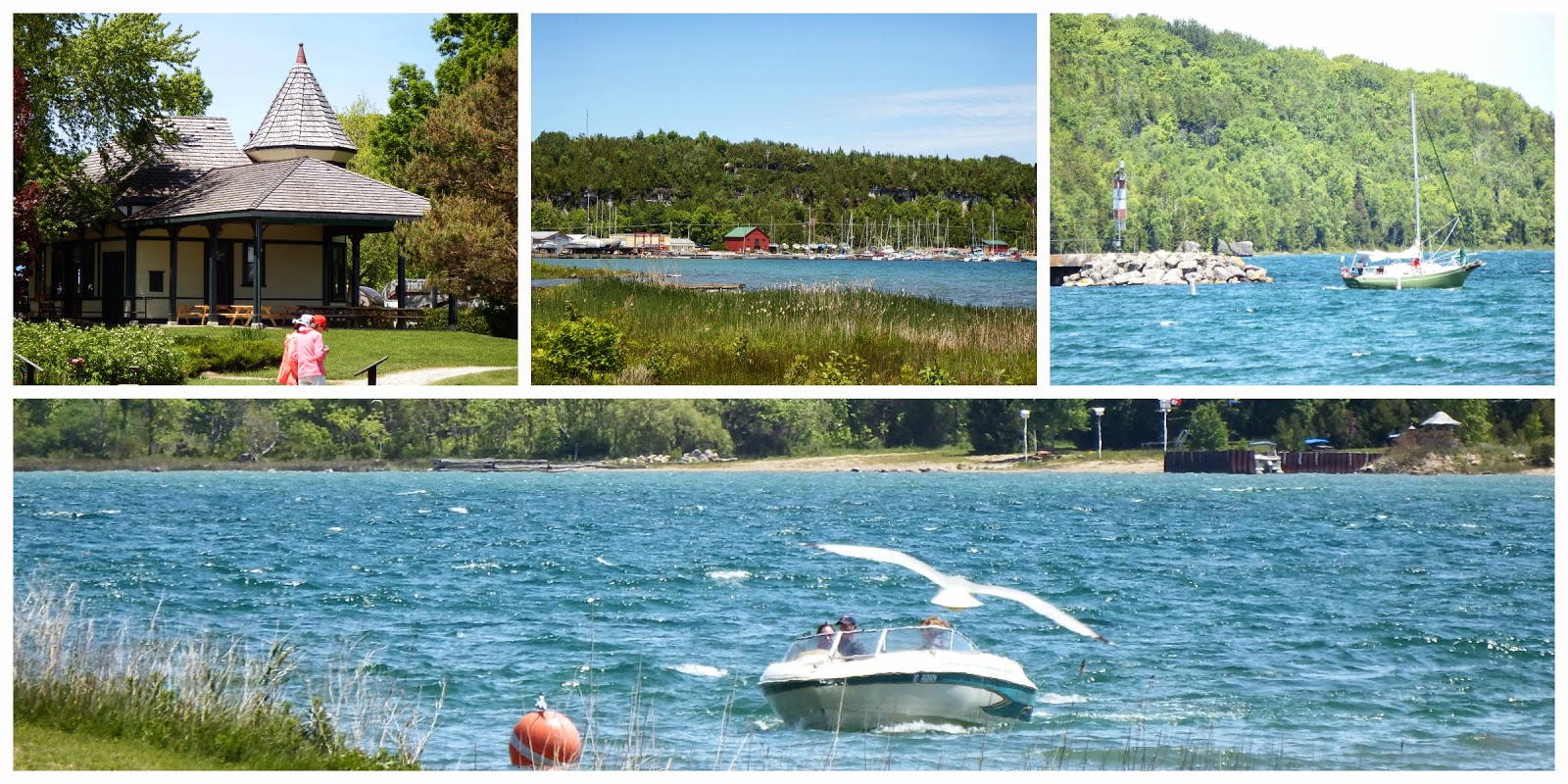 When we got back home Rob and I actually got to have about 1/2 hour of R & R in our new Gazebo on our new deck together.  This was the first.  Bandit apparently was feeling a bit bored and decided he was going to work on waking Rob up with many many kisses.
He almost had the look on his face of "should I or shouldn't I". 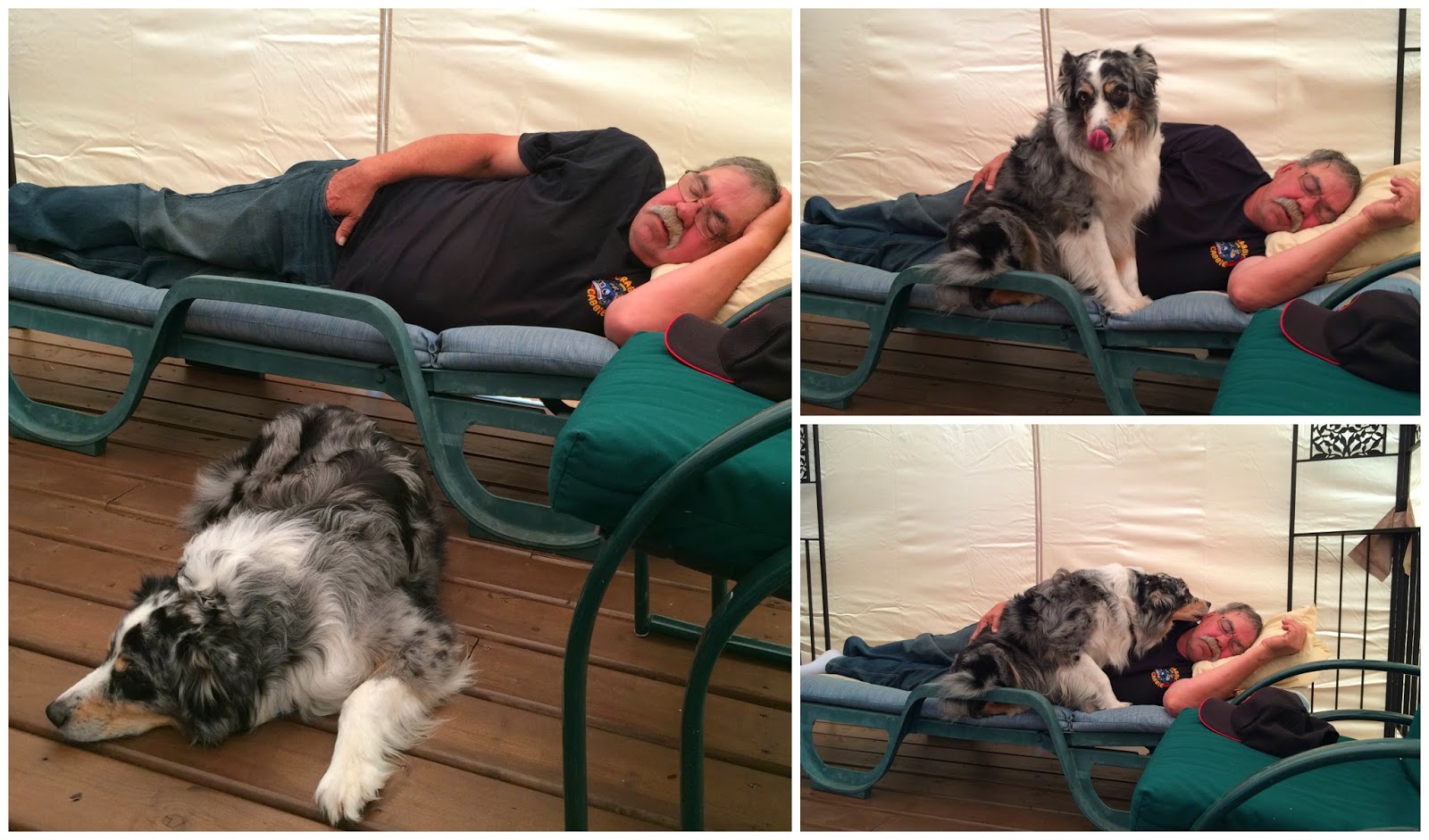 Our rest was short lived, as Rob was called out and had to head over to Owen Sound.  I thought I might as well get the 3 patio tomatoes I had bought a week ago planted, since I had picked up some black earth when we had been out.

Last Fall I had gotten otherwise busy and left the tomato baskets in the Garden, where they got bent beyond repair after that hard Winter we endured.  Thank goodness for my friend, Judy, who had given me some baskets she had no longer any use for.  I got all three planted, two for me and one for my friend, Pari.  These two will be added to the other one I had already bought earlier.  Since I gave up the garden this year thinking I would be too busy for one, I hope we have a nice yield from the Patio Tomato plants. 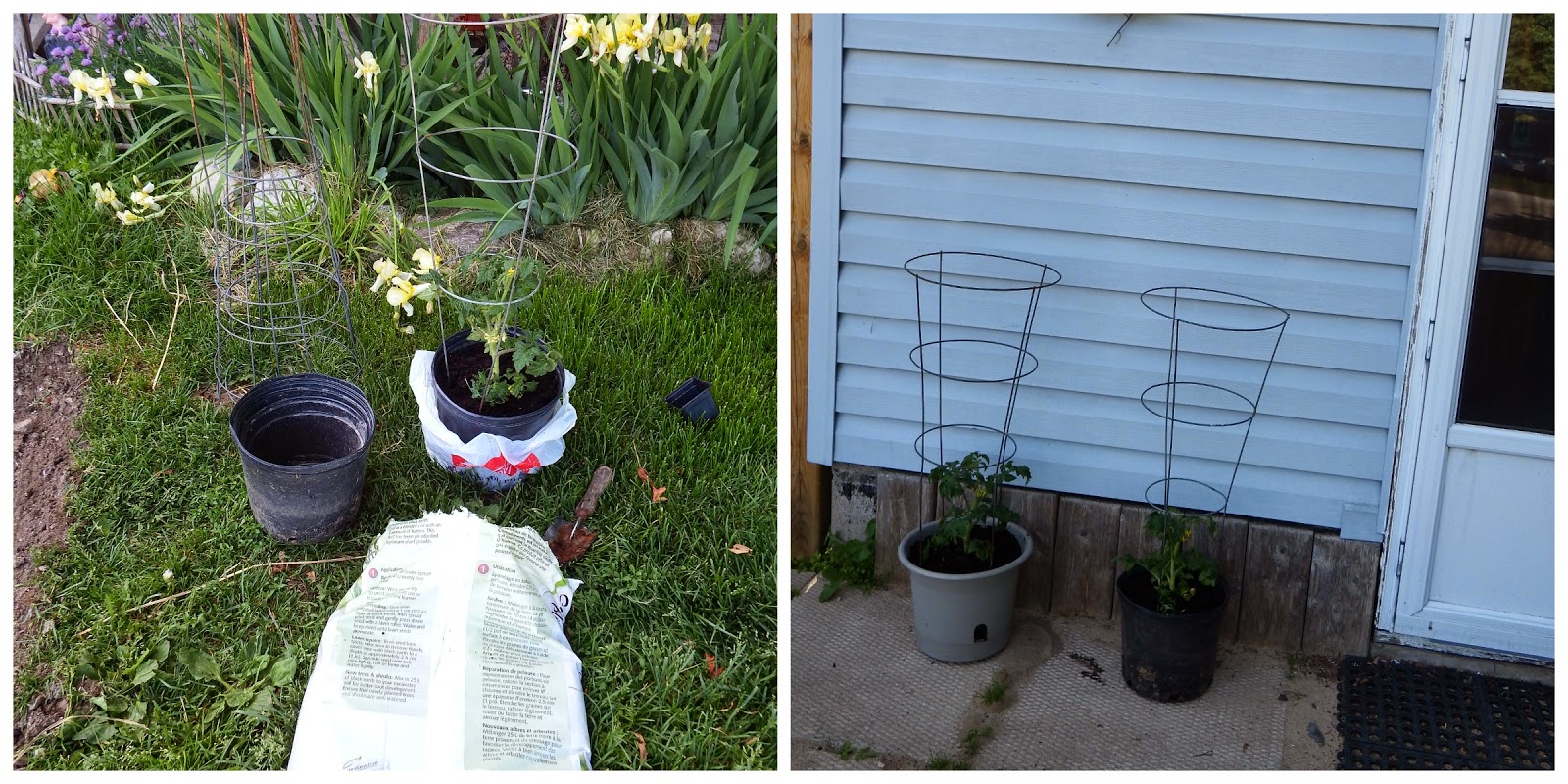 Once I had retrieved the laundry late afternoon from the clothes line, and made up our bed fresh, Rob and I started our Dinner together.


Grilled Pork Tenderloin, oh so ever slightly pink inside, along with fresh Brussel Sprouts and a Baked Potato.  Very good. 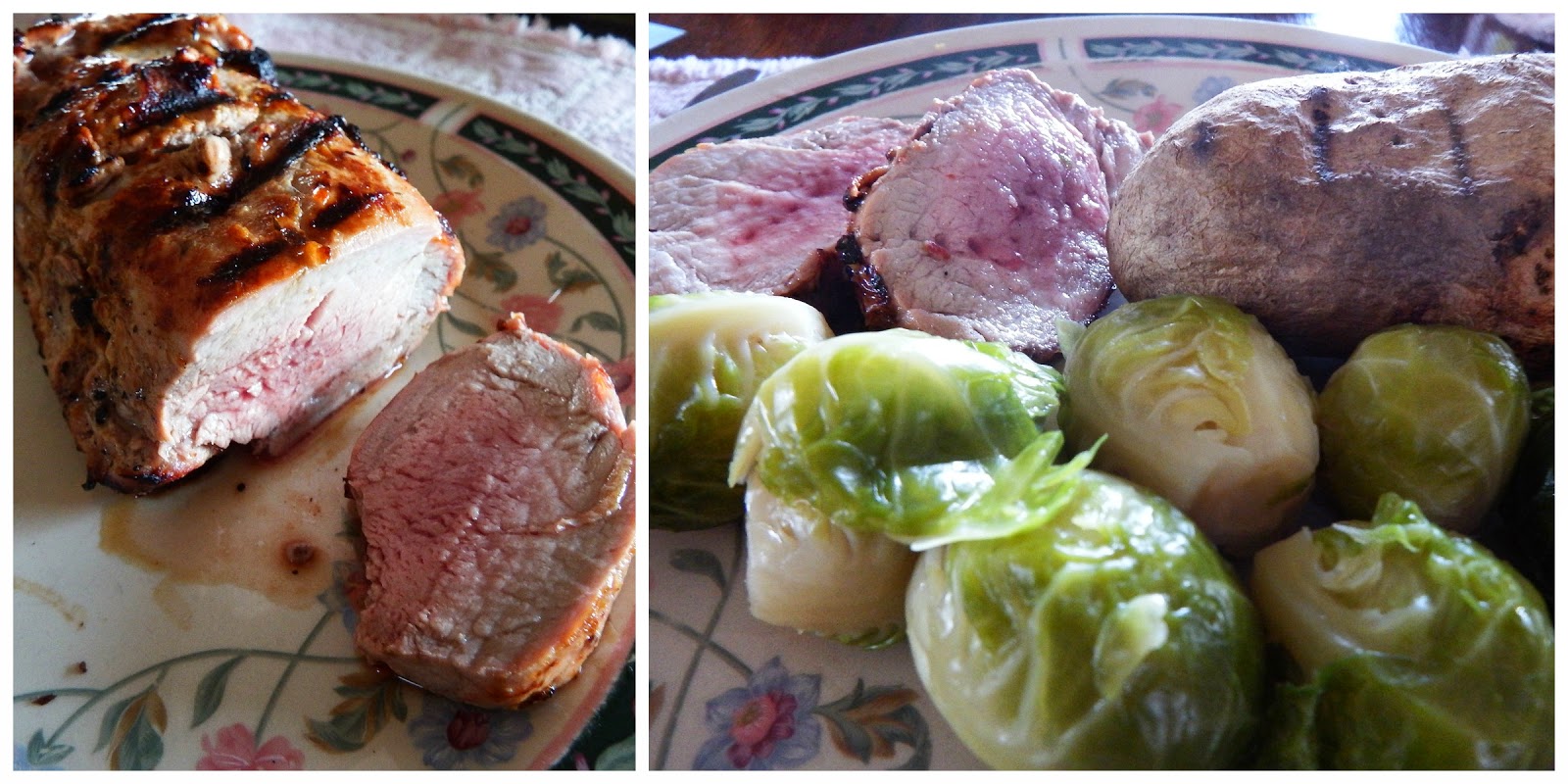 As I sat down after Dinner to do my blog post, Rob got called out again.  No rest for the weary.  Still I hope I made his day a bit special.  Paul, Aiden and Connor called him just before we had Dinner, so that in itself was "special".

Tomorrow I have to remember not to have a cuppa tea when I get up, as I have to fast for some blood work I want to get done tomorrow.

I think I will take all our Aussies out and about for a bit, then maybe go sit our in our Gazebo to relax for a time before calling it a night, Just North of Wiarton & South of the Checkerboard.
Posted by Cindy@NorthofWiarton at 6/15/2014 08:11:00 pm