I can not believe I am doing a post this late at night, as it has been quite some time since I have.  Now that I have just done my photos it is 9:36 pm.

I have barely returned home from a WDCC meeting.  It turned into a 3 hour meeting, however we had covered a lot of ground.  You do not mind when there is a sense of accomplishment attached to something.

Today had been another very busy day for me, is that unusual? I think not most days.


First thing I had an errand downtown this morning.  I stopped into our local Foodland store.  I was so thrilled that I had purchased all of this for a mere $22.00, this was after I had given my neighbour one of the cantaloupe and a huge bag of the bananas.   All that fruit, a huge bag of green beans, a box of Lasagna, a package of WW Egg Noodles, one container of Tomato Juice and 2 blocks of cheese.  She scores !!!!  oh yes & a bag of carrots. 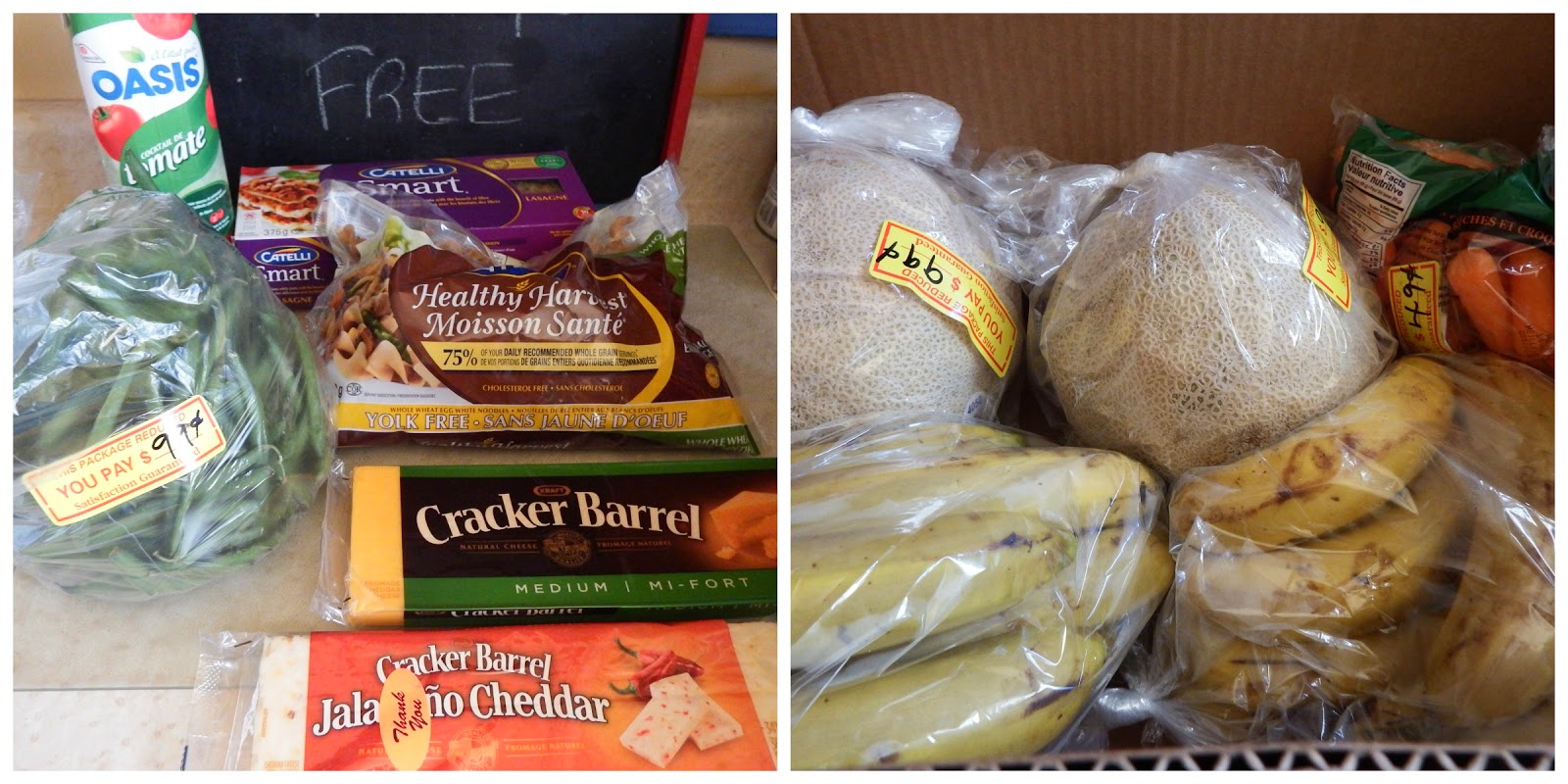 Arriving back home I did manage to make the bed, do up a few dishes and actually sweep all the floors before Rob arrived home to sweep me off my feet and take me for a drive with him up to Cape Croker.  I was thrilled to go as I love it there, and had not been for some time.  I wish I would have had time to get out to take photos, but maybe another time when I go up to visit a friend I will do that, but in the meantime....

Not the greatest through the Van's windows, however beautiful just the same. 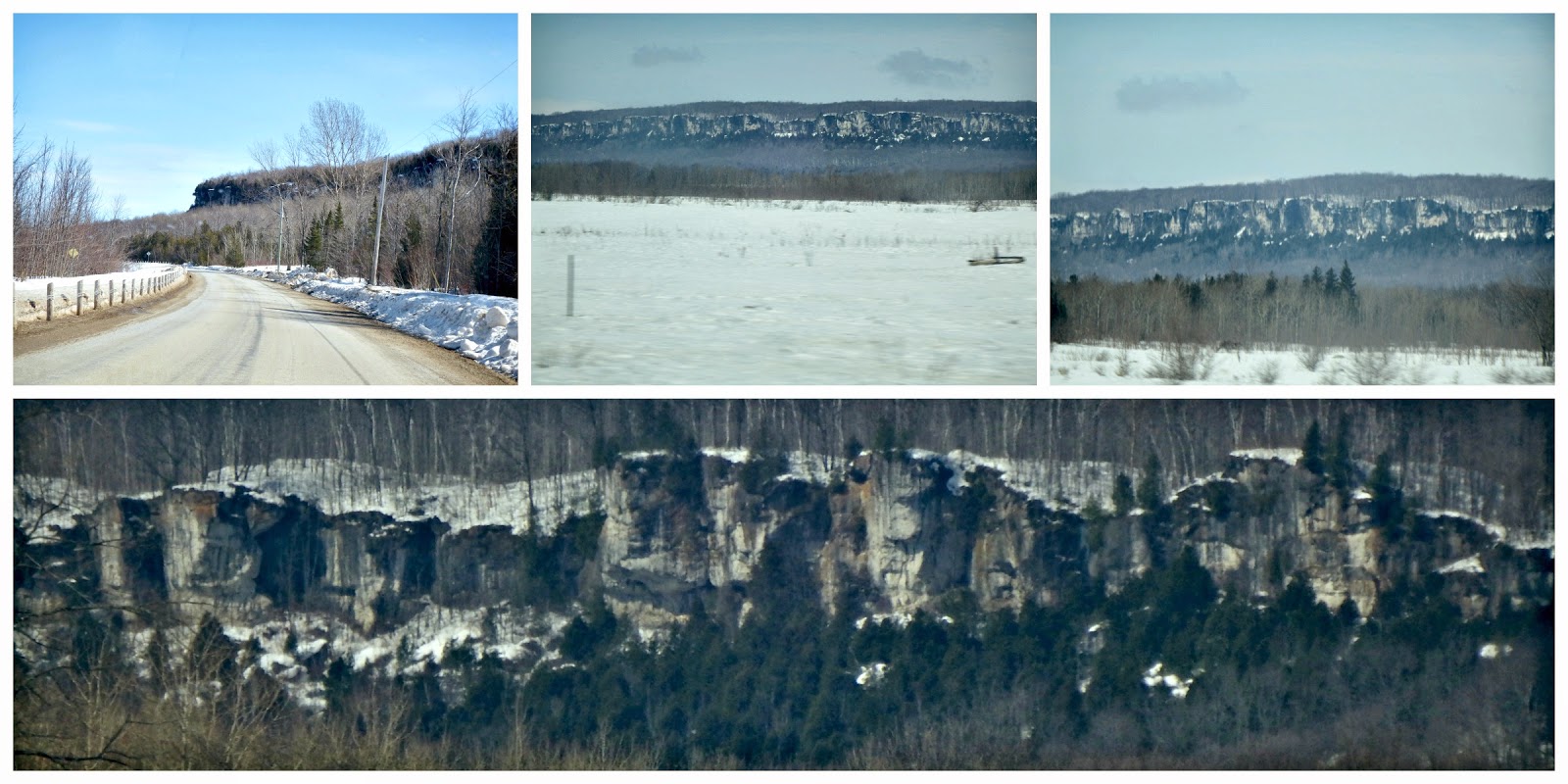 Today I had noticed two sure signs that Spring is just around the corner, despite the cold temps we have been getting again the past couple of days.


Rob stopped so I could get a couple photos of Mr. Skunk at the side of the road.  He had to back up which had startled the skunk almost resulting in the van being sprayed .... ewwww.  I found it very interesting this guy had a black stripe down his back instead of the usual white one.  They are kind of cute, too bad they are so smelly and have a mean bite too. 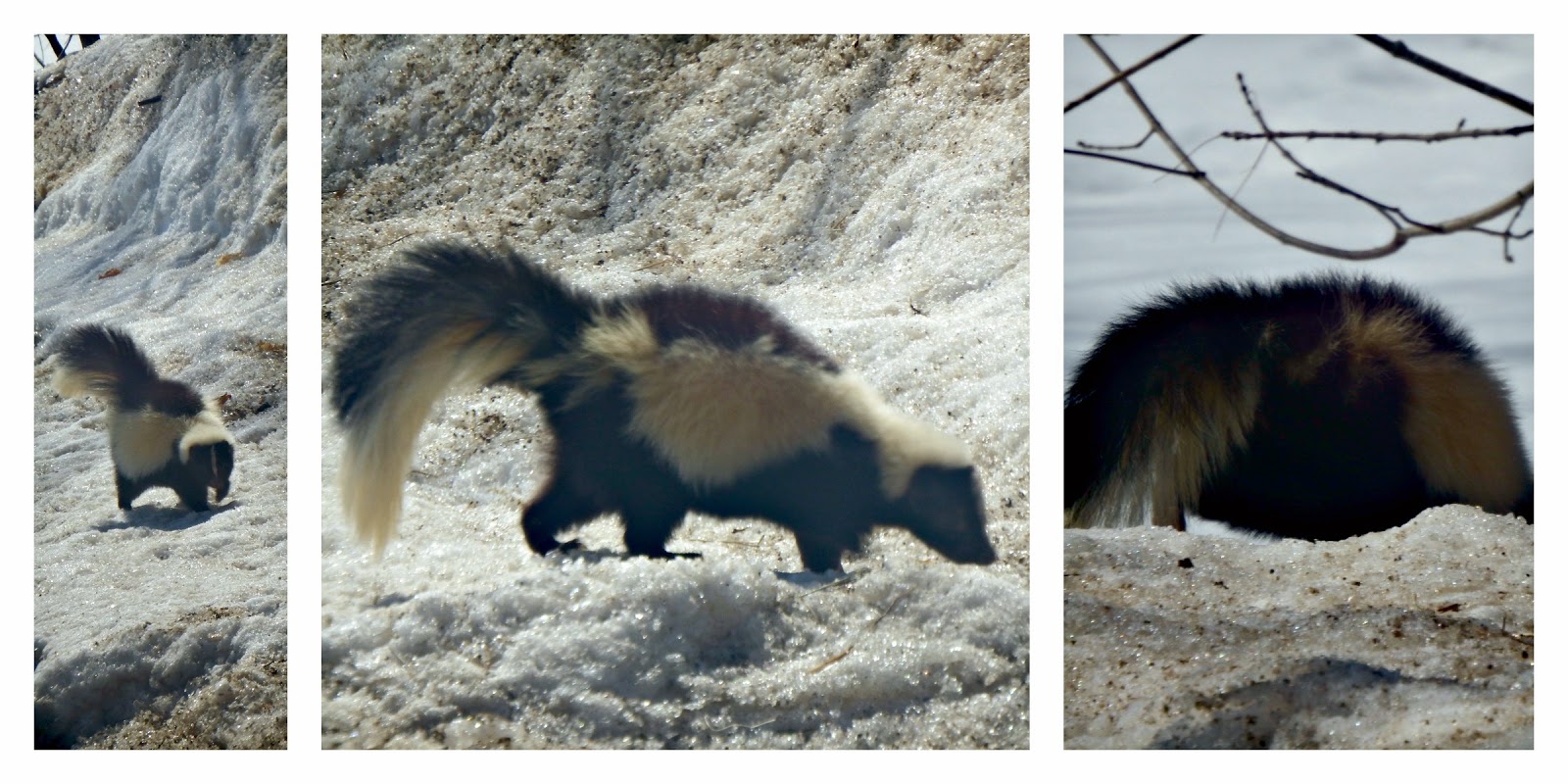 The 2nd sign was all the yucky dead flies inside on my window sills.  The vacuum cleaner will be working overtime tomorrow sucking them up.  Ewwww factor for sure. 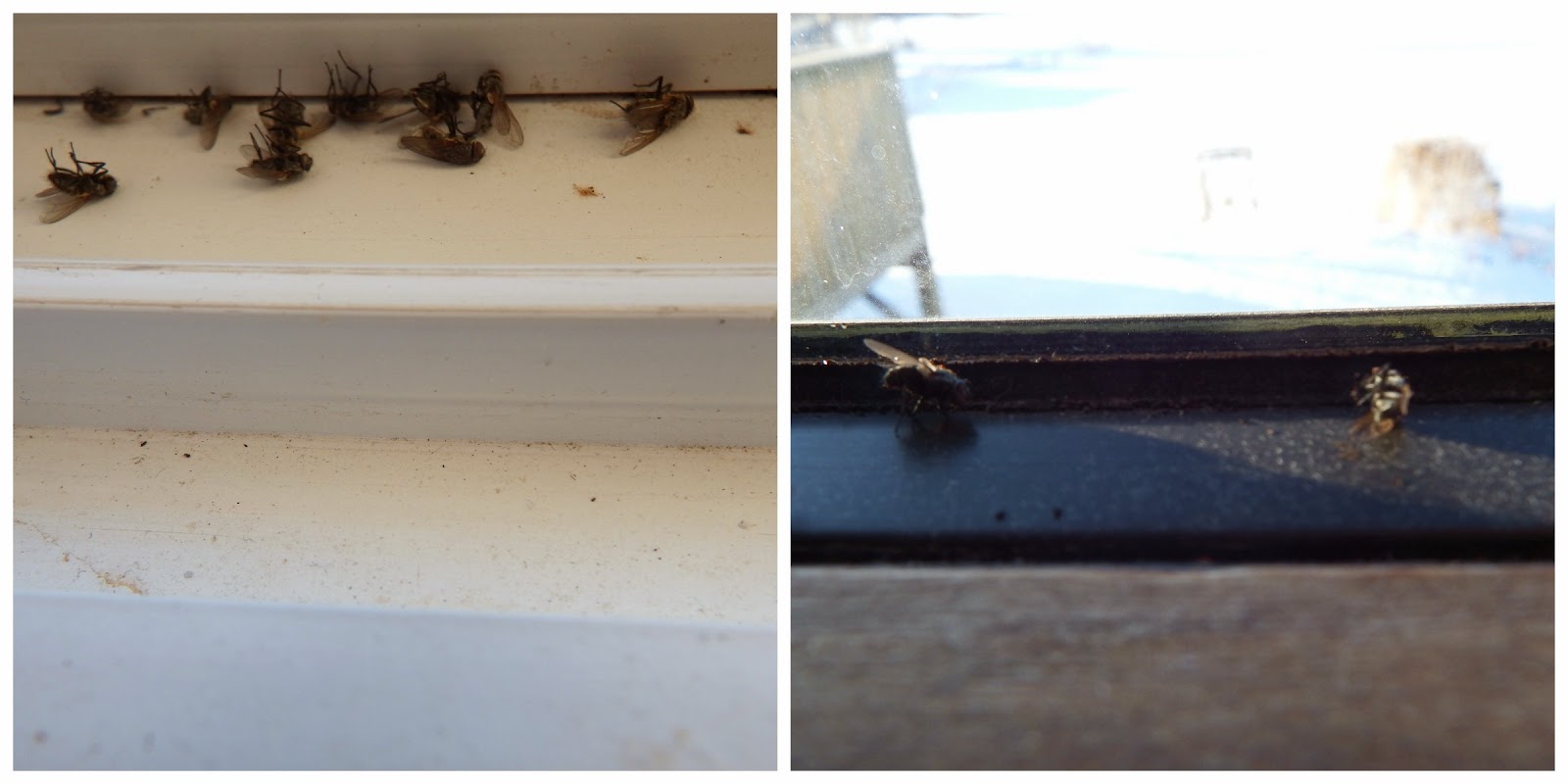 By the time we had arrived home from Cape Croker, and the time it was for me to leave for the meeting was a small window, so not too much of else was accomplished this day.

One other very important item I also accomplished today was following up with a defective Bluetooth Headset product Rob had purchased July 31, 2012.  It had literally fallen apart, and I had been certain there had been a 2 year warranty on it.  After contacting The Source in Port Elgin where we had purchased it, we were told we had to go back to the company for the guarantee.  I contacted Blue Ant Wireless online, who are out of USA and Australia.  The online rep was amazing to deal with.  Today I had emailed him the receipt, product Serial No., an a photo of the damaged headset.


After sending all the information along with the attached photos below I had an almost immediate reply telling me our claim was approved and we would be receiving an upgraded Blue Ant Q3 Wireless Headset within 1 to 3 weeks.  Thank you for great Customer Service & awesome product guarantee.  Wow 2  great experiences with companies within days of each other ! 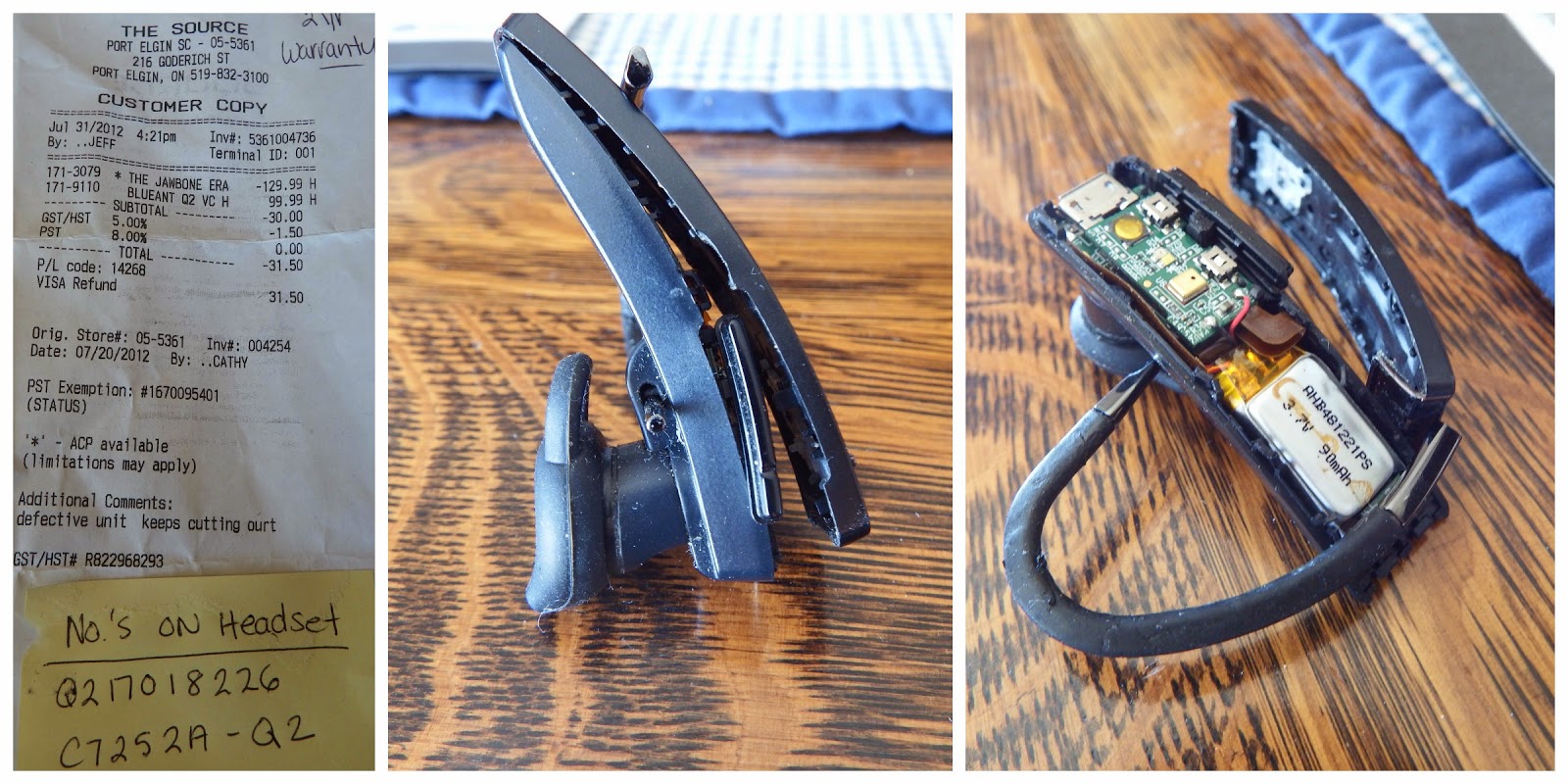 My long time friend of over 20 years, Bob, lost his Mother, Dot, today.  My son had just dropped him off a the hospital where Bob had gone in and she had passed peacefully within 10 minutes of him being there.  Dot had been in her 98th Year.  I had met her over 20 years ago, when she was 76 years old.  I will never forget, Bob and I had pulled into his parent's driveway, and she had been outside after just changing the oil in the tractor.  She is one woman who I totally admired and respected.  And bake? she was one of the best bakers I have every met, always having something fresh out of the oven when we went to visit.

I am happy to know Dot you are now with your beloved husband, Vern, and the Angels will be singing sweet songs to you both now under God's watchful eye.  You will be dearly missed by many.