The Week Of The Rip Tail Snorters Has Begun

"Another glorious day was in the works first thing this morning." 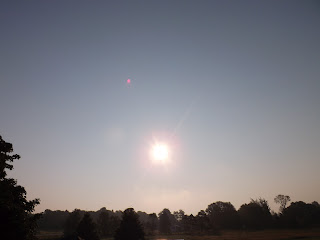 I could not believe there was NOT a peep in our household until after 7:30 am this morning !  Not from any one of the "pack" or the kids.  I must have been blessed with having four hours sleep to take on the day set before me.
"If I am ever looking for Bandit when our Paul comes visiting, I can rest assured I will find them together." 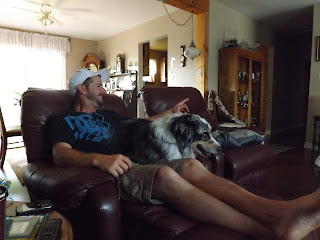 "After the Grandboys had their breakfast, I made my promise good by making Smoothies for us." 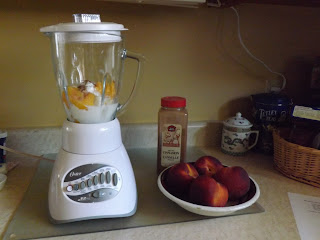 "We tried Nectarine and Banana.  We weren't over the Moon impressed with the Nectarine, thinking Peach would have been better.  Tomorrow it is going to be Blueberry and Banana." 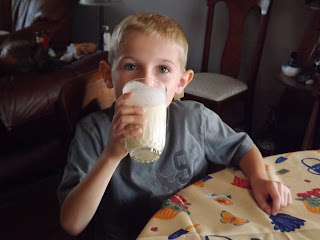 
Sweet blueberries with the taste of banana, what could be better? Add some cinnamon.
Blueberry Banana Smoothie Recipe
Combine all of the ingredients in a blender and puree until smooth
When I took Bandit out for another run about, Paul told me to let Chevy go along with us.  It didn't seem a problem at first, but then when Chevy thought he was free and worldly, off out in the field he went, paying no mind to me or anyone else.


"We even sent Bandit out after him, but he wasn't even listening to him.  I should have brought the "big guns" out and sent Lexus after the little bugger pill." 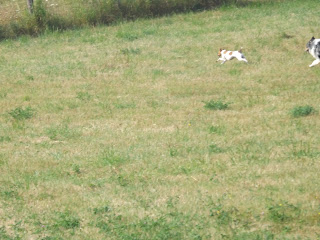 The brat was finally cornered and contained until it was time for Holly and Paul to head home.


"Everyone was in place to say their good-byes for the upcoming week.  Rob had to have been behind me to have everyone looking and laughing.  I am sure he was pulling a funny or saying something off the wall." 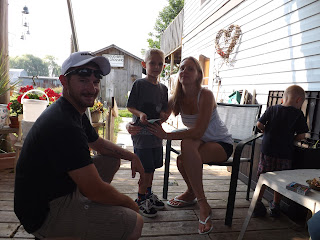 "Mommy did get hugs and kisses too, but Daddys always seems to take first place more often then naught." 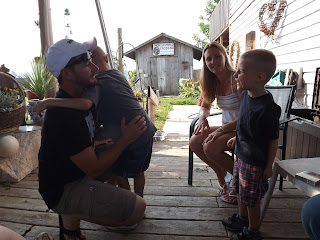 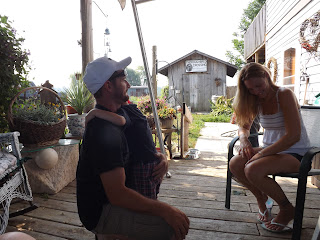 "There was barely a lapse with the three of them off and playing." 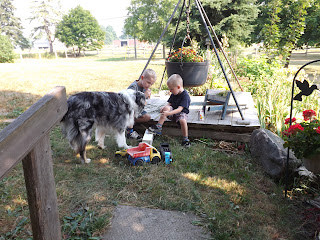 "Even before Mommy and Daddy were off down the road." 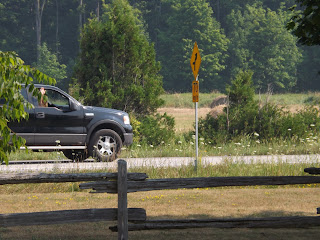 Papa, Aiden, Connor and I got ourselves ready to head on downtown to get us some lunch ....


".... as there was a fundraiser being put on by Wiarton's Optimist Club.  The boys and I had a Sausage on a Bun, with Papa enjoying a Hamburger.  It was very good as well as going towards a good cause.  Service was pretty dang good too by the way, thanks gals." 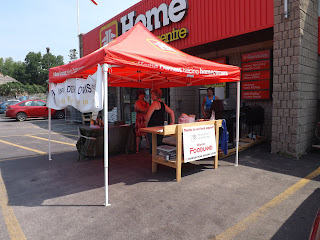 We then all headed over to Bluewater Park for some fun .... 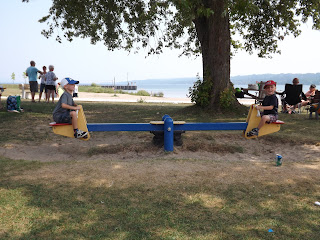 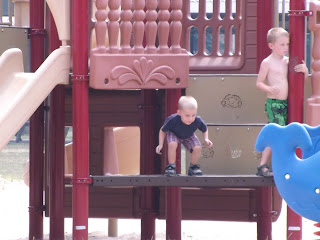 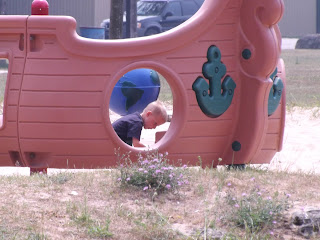 ".... while Papa and I looked on, as well as enjoyed some of the other scenery in our surroundings." 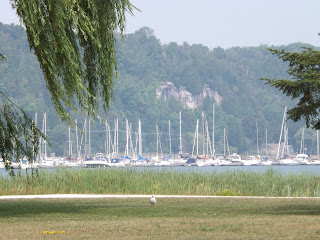 There was quite a bit of playtime put in before Papa got a "Crabby Cabbie" call he had to attend to.  Off we went like shots.  Since we all got to go along on the call with Papa, we took advantage of being over in Owen Sound to stop in at the Food Basics store to stock up a few necessities for the upcoming week for us and the boys.


"Heading back home we spotted a Corn Stand which we could not help ourselves by stopping in, as we hadn't had a feed yet this Season." 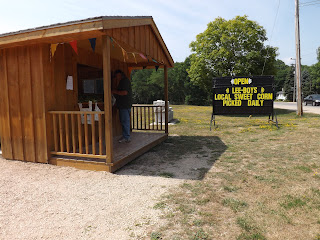 "Papa was getting our Baker's Dozen all picked out for us.  $6.00/Dozen seems to be the going rate this Year, and the past couple." 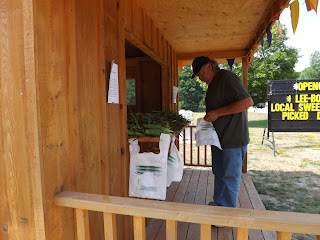 "Our Rip Tail Snorters were pretty good when they realized "Tractor Tom" was playing on the DVD player.  We are also equipped with a cage way in the back in case of any sudden "outbreaks" we might have occur ... lol." 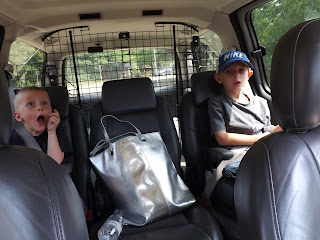 We got home, unloaded our vehicle and had a bit more fun before it was Supper time.


"Ha !  Aiden had just filled up the pool finding the hose water was a bit on the cold side." 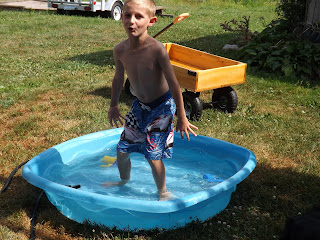 "Connor opted to put the train track all together with a little help from Grandma." 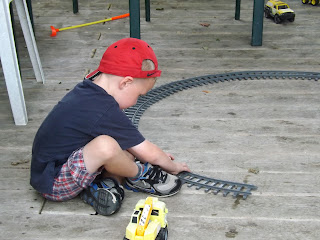 I took myself out to the garden as the beginning of Zucchini coming out of our "Ying Yangs" had began.


"I had these all picked and ready for my Cousin to pick up on their way back home from their Cottage.  Another day or two I will have this amount or more again, this I am sure of." 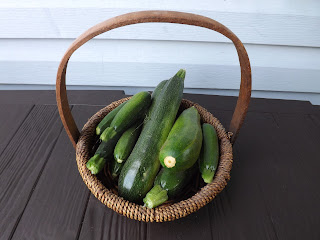 Corn was shucked, the table was set, BBQ was turned on with supper being served up shortly after.


"The corn was totally so sweet and good after in the boiling water for only 4 minutes." 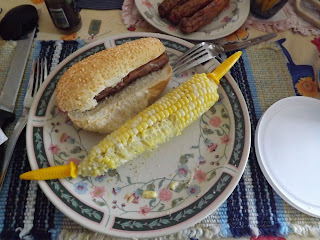 Then came cleanup, more play time, Cousins arriving and leaving, bath times, phone calls to Mommy and Daddy, and story time while I have blog time with tomorrow bringing with it Vacation Bible School at the local Baptist Church.

Two boys will soon be tucked in for the evening, with their Grandma and Papa not too long behind.  So begins a week of the Rip Tail Snorters, "Just North of Wiarton & South of the Checkerboard".
Posted by Cindy@NorthofWiarton at 7/22/2012 08:53:00 pm