Remember the "good old days" when a gentleman with his cart loaded with tools came through the residential areas ringing his bell to make known his presence?  I well remember this when I was living in Kitchener, when my boys were at a young age.  Try to find one in today's day and age .... Unfortunately when one buys a brand new knife now a days they come dull, dull, dull ... and unless you are good at using a sharpening stone yourself you need to go searching for someone who does knife sharpening.

"I have been anxious to have these three new knives sharpened for sometime now, especially the Paderno I got from my Friend, Tim, for my birthday as it has a nice weight to it." 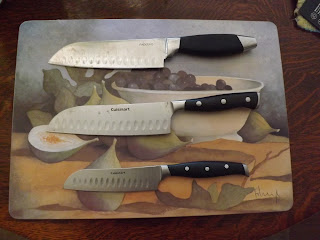 At one time the Hardware stores, or so I had thought or could be mistaken, used to sharpen knives and scissors?  I was in a dilemma as I have three brand new very dull knives needing sharpening, otherwise they, so I did call our local Hardware Store in Wiarton, Saddler's Home Hardware.  They not only directed me to a place in Owen Sound, they even looked up the phone number for me.  Now that is service !!!


Since Rob and I had some Cellular phone business to attend to in Owen Sound any way, off we went to stop around at Murray's Sharpening first off ....


"Murray's Sharpening & Tool Repair Service, sharpens knives on Fridays, so if dropped off by then they may be picked up the following week.  I was told prices range anywhere from $2.50 to $3.50 per knife to be sharpened.  Well worth it if you remember the old saying, "a dull knife can do more damage then one which is sharp"?" 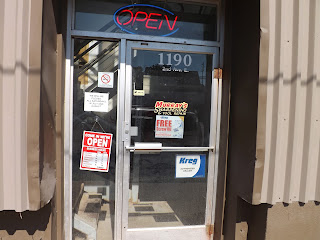 Oh yes, I almost forgot the bit of excitement we had before we got into Owen Sound.


"While we were stopped at a stop light, I looked over to notice Rob had a Honey Bee attached to the front of his shirt.  Hehehe... he wasn't too thrilled about that, but I was pretty quick to get a napkin, grab it up and toss it out the window !  This was the most excitement I had all day." 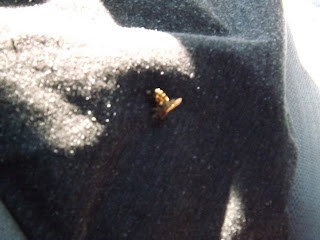 "Then we arrived at the Bell Store where we were what seemed like forever trying to straighten out yet another "mix up" that had previously taken place with a Bell Customer Service person over the phone last week." 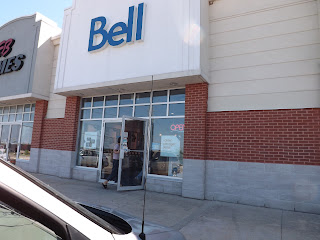 Trying to straighten out these "communication" problems are very time consuming, however I do have to admit the Customer Service has improved over the past few years, or I have just been lucky to be getting some pretty awesome people on the other end of the phone.  Finally we did get the problem all sorted out between speaking to a Bell Rep on the phone and to one inside the store... phew!

We made it back home, but I am sure it was after 1:00 pm when we did.  Rob fired up the BBQ to get the chicken legs I had taken out on and cooked for our Dinner.


"The Chicken Legs for our Dinner didn't work out as planned, as we were both side tracked with other things while they were on the BBQ.  Nothing to fear though, as there were wieners in the freezer, so Hot Dogs and Watermelon it was again today ... lol." 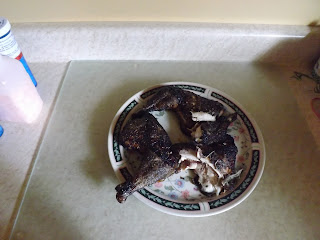 Poor Rob barely his Dinner into him and it was time for him to get ready to put on his "Crabby Cabbie" hat for the day and take off for the South of here to Saugeen Shores.

I had one of the worse (again) headaches from the time I went to bed to the time I got up and all through the day today.  Nothing was going to budge it regardless what I took or what I tried.  I did get a little bit of relief for the pains in my neck with the 1200 mg of Ibuprofen I took later in the day, as 4 Tylenol 2 never did the trick earlier in the day (not all 4 at once).  Good thing Rob was driving today, as I sure wouldn't have been able to have.

I am not feeling the piercing behind my eyes at the moment so this is a good thing.  I am thinking maybe with the hay baled the other day could have added more to my already extreme allergies ... maybe more nasal spray and an antihistamine before bed would be the thing to do tonight.  Needless to say nothing got done around the house inside or out today.


"OMG, upside down again !  Anyhow the drift of the pic is I thought I did very well on my Low/No Spend today with all of this totalling only $9.02.  I am pretty certain between this and a few groceries I have only spend about $50.00 so far this week.  Ka-ching on the Low spending so far this week !" 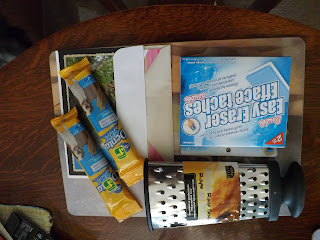 Now to back track on how my day really began, minus the headache ....

Me:
JAM (Just a minute, my kids, family & friends love my JAM when I made it up for shortening purposes, lol)

Me calling Paul:
What's up kiddo

Paul:
Nothing I just called to say, "I love you"

Let me tell the World, I am one very proud Mother to have my 29 year old Son call me at any given time, just to tell me he loves me.  My heart soars !!!!  This carried me through my day today through any pain and anguish a headache could throw out at me.  It does complete a parent when these times come about in our lives, making all the "growing pains" well worth it.


"I bought this blender the other day on the Saugeen Swap for $5.00.  When the Grandboys are here in another weeks time, I want to make smoothies for them.  If they LOVE smoothies I wanted them to have their own blender to take back home with them so they could make their own (as I know they don't have one there).  For $5.00, and it does have a metal not plastic housing, how could I go wrong?  Oops put my low spending up by $5.00 this week...lol" 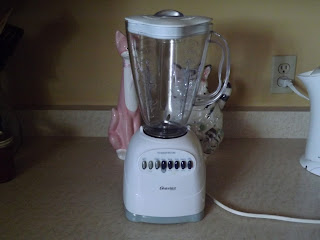 Oh yes, tomorrow is another Friday the 13th, isn't it?  Don't forget Bruce County people, we do have our own Friday the 13th Celebrations going on up on the Bruce Peninsula, check it out: 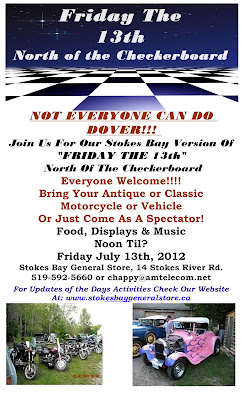 
... Heat Wave !!!!  Apparently another scorcher is on its way with no reprieve in sight in the way of rain or otherwise.  Keep yourself hydrated with lots of water, out of the Sun, and the same for your Pets, as they can get Heat Stroke as well as we can.

I am off to take the "Checkerboard Aussies" out on their usual round before bedtime now, "Just North of Wiarton & South of the Checkerboard".
Posted by Cindy@NorthofWiarton at 7/12/2012 09:00:00 pm