"A very Happy Happy Birthday to my Brother-in-law, Cecil, way down in Newfoundland where he took my Sister Jeanne off to many Years ago ! " 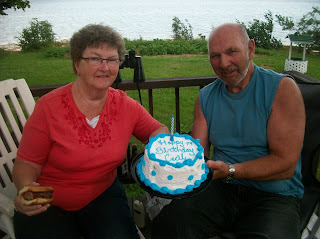 Photo Courtesy of Friends Victor & Brenda Hollett (also down in Nfld.)
I am thinking by the other photos I seen posted to Facebook, Cecil had a pretty nice Birthday Party thrown for him.  Of course I was the very first to have called him this morning to sing "Happy Birthday" to him "out of key" I might also add ... lol.
This morning went pretty smooth with the boys having their Apple Jacks cereal while I was in, out and about with four of our "Checkerboard Aussies".  The boys got dressed and ready so we could head out the door by 9 am, as today was ....
"....the very first day of Vacation Bible School." 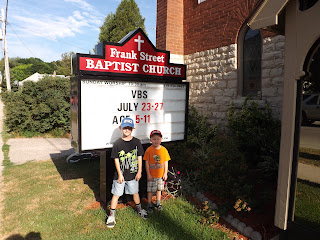 "There were even real live Pirates inside !" 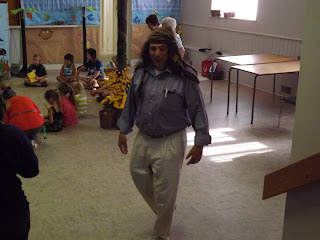 Ha !  Our real live Pirate was my friend Sharon's husband.  Thanks for the pic
Jim !  I am sure you had fun with all those little Pirates keeping you busy washing the deck all morning.


"I received an invitation from the Pirates to attend their Pirate Ship this Friday morning at 11:00 am.  I hope they don't hold me and the other parents/guardians hostage for the weekend." 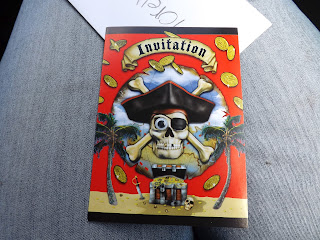 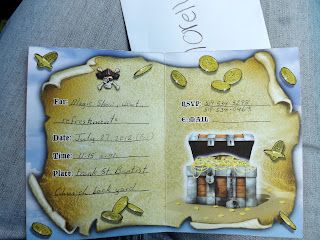 "Once home everyone had a toasted Bagel with egg, except Connor had to have his with just cheese." 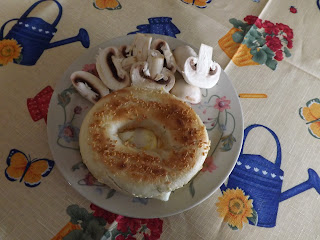 "With Banana Blueberry Smoothies to wash it down." 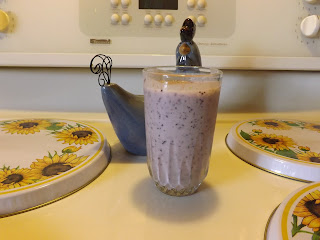 Once lunch was all cleared up from it was time to head out into the veggie garden ....
"There were some pretty strange looking new animals out playing by my garden this day." 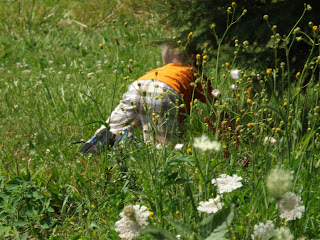 "It was time to pick some beets from the 2 1/2 rows which had been planted beside the 24 Zucchini plants." 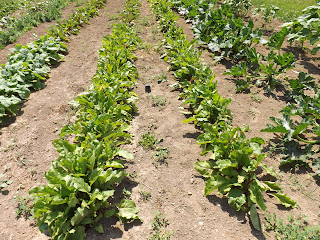 Speaking of Zucchini plants ... what am I going to do with some of those Zucchini I reap?  well freeze some up to use for later in Zucchini Bread or Muffins.  How do I do this?  This is pretty much to the "T" of how I prepare Zucchini for freezing:

http://nutritionknowhow.org/wordpress/?p=315
"Rob had done a nice job of staking all the Tomato plants the other day." 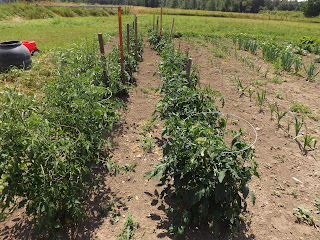 "Yellow Peppers are beginning to make their appearance." 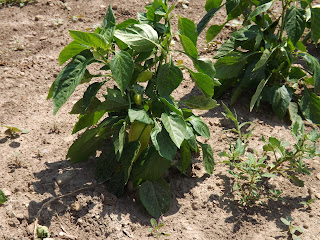 "The very first bunch of beets picked of the Season." 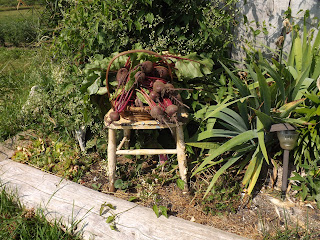 "I needed more to add to the first bunch." 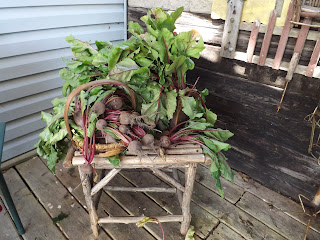 "Lots of Beet Tops compared to the amount of Beets, is there not?  I do love Beet tops boiled and served up with butter, salt and pepper ...
yummy !" 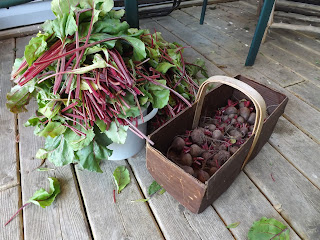 "While I was cutting tops off the beets the boys were having themselves a ride around the driveway." 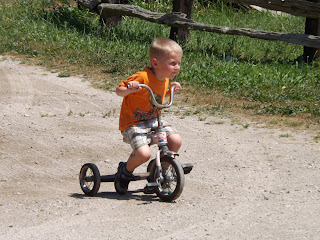 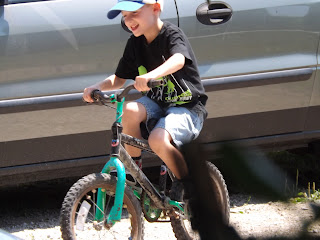 It was pretty dang hot out today, I am sure it had to be up in the high 30's again.  Once I was done with the Beets we all had to go back into the house to cool down a bit.
"A couple of us, including Papa, had a little afternoon siesta." 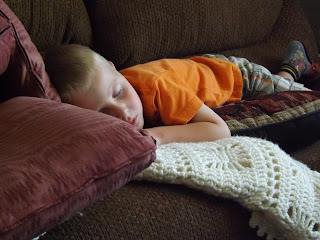 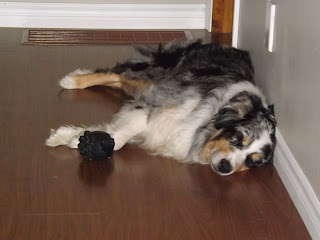 Before I knew it, time rolled around to start thinking about making our Supper !
Man oh man it flies by that time sure does.  Papa barbecued us up some chicken breasts while I cooked us up some beets and corn to serve alongside homemade potato salad and coleslaw.  I do not think one of us went away from the supper table hungry.
I got things cleaned up as fast as I could so we could head on down to Bluewater Park for some fun.
"This is the very first time I have ever witnessed a horse and rider go through the drive-thru at Tim Hortons.  Wonder if it was a Smoothie or Ice Cap they were after?" 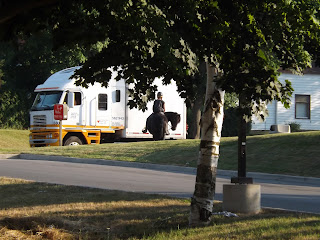 "The boys had lots of fun, getting themselves loaded down with sand before we headed back home for a treat of chocolate ice cream." 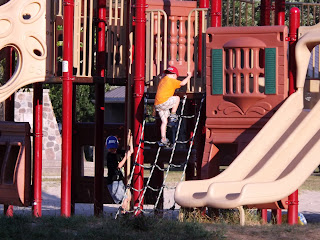 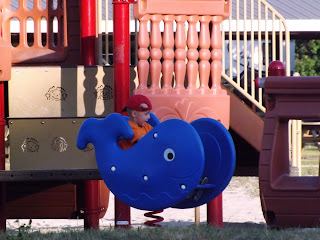 "Oh yes, this guy was right close to where Rob and I had been sitting watching the boys.  He was very intent on listening to every bit of our conversation, can you tell?" 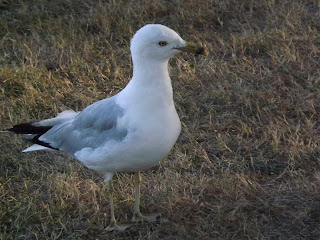 The boys are bathed and tucked into bed for the night with me being not too long from being tucked in myself, as I am feeling pretty tuckered out, "Just North of Wiarton & South of the Checkerboard".
Posted by Cindy@NorthofWiarton at 7/23/2012 09:59:00 pm