... & a bit of today.  Thank goodness I slept like a rock last night as being gone the whole day long yesterday had caught up probably with both Rob & I.  I was up at 4:30 am but headed directly back to bed whether I slept or not, but Rob did sleep in and high tailed it out of bed at 7:10 am.

We had a pretty good day.  I doesn't appear by the look of our house that I even had made a dent in "picking up the chunks", but honest to goodness I can certainly say I wasn't sitting on my behind all day long.  Rob was also busy bringing in more wood and taking care of this and that.

There is never enough time, energy or lack of things to be done around our place.

Back to yesterday .... Rob and I headed down to Kitchener to meet up with the kids at Costco, then with Rob's sister, Delores and her husband, Darol.  We had left home around 10 am and arrived down there about 12:00.

Waiting for the kids to arrive we spent some time browsing the Value Village, which is just across the way from Costco.  I got a nice throw rug for $5.00, and we also got a really nice stainless steel strainer that goes across the sink which Rob thought would be great for the RV (if we ever get to go anywhere in it some Year).


The kids did arrive and we got a shop done in Costco, however there sure wasn't much time for a visit.  The boys love going to Costco as they go around checking out all the samples !  I have to admit there were a couple I enjoyed sampling myself, especially the Bridge Mixture.  The kids headed out their way, with Rob & I still having some time to kill until we met up with Delores & Darol for Dinner at the Mandarin Restaurant. 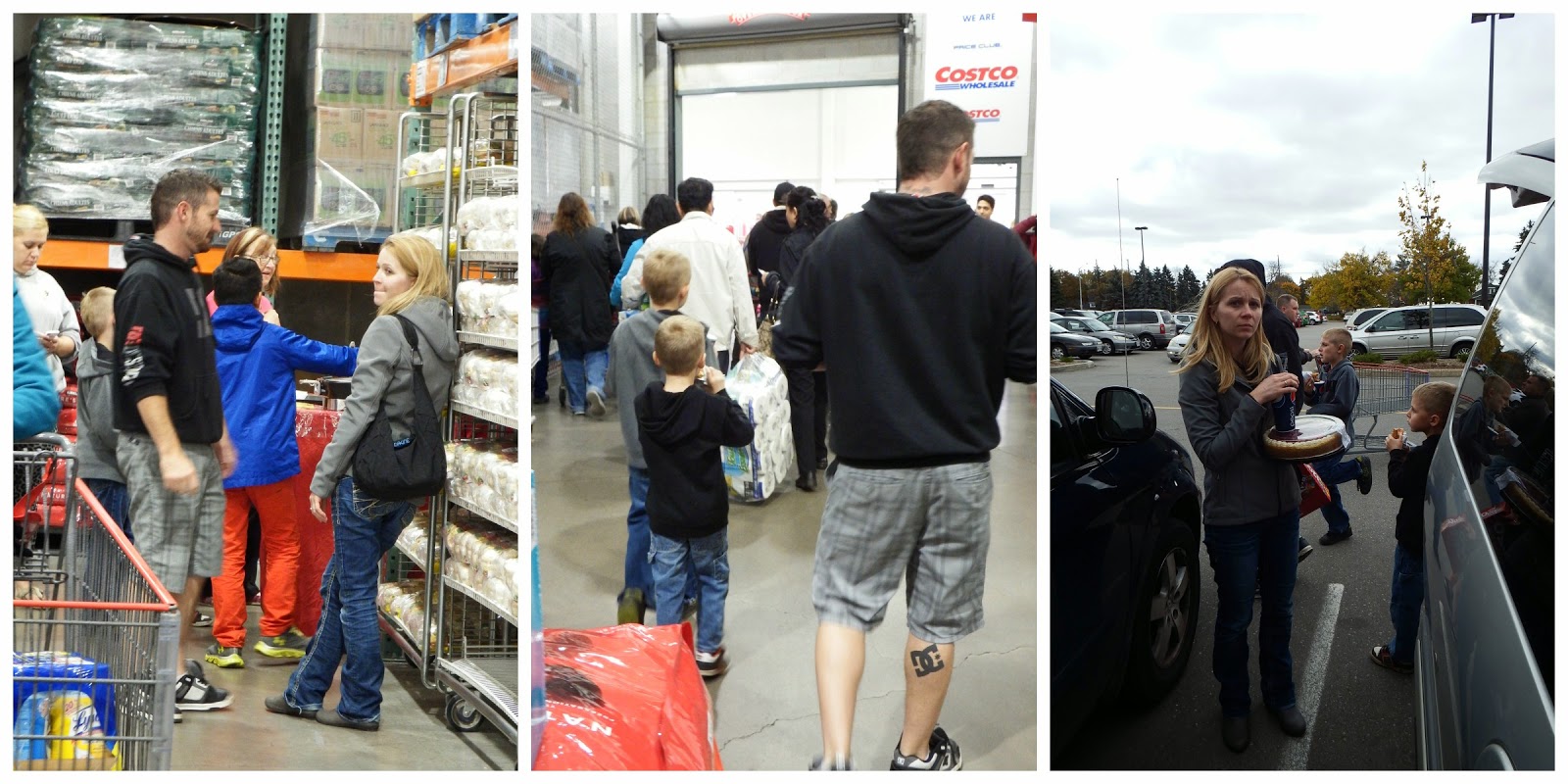 Rob took me over the the Paderno outlet where of course I enjoyed browsing, even buying myself a new Tea Infuser.  Oh a set of the Cast Iron pots & Pans in a mix of that blue & yellow would make my heart sing !  so much awesome stuff to choose from. 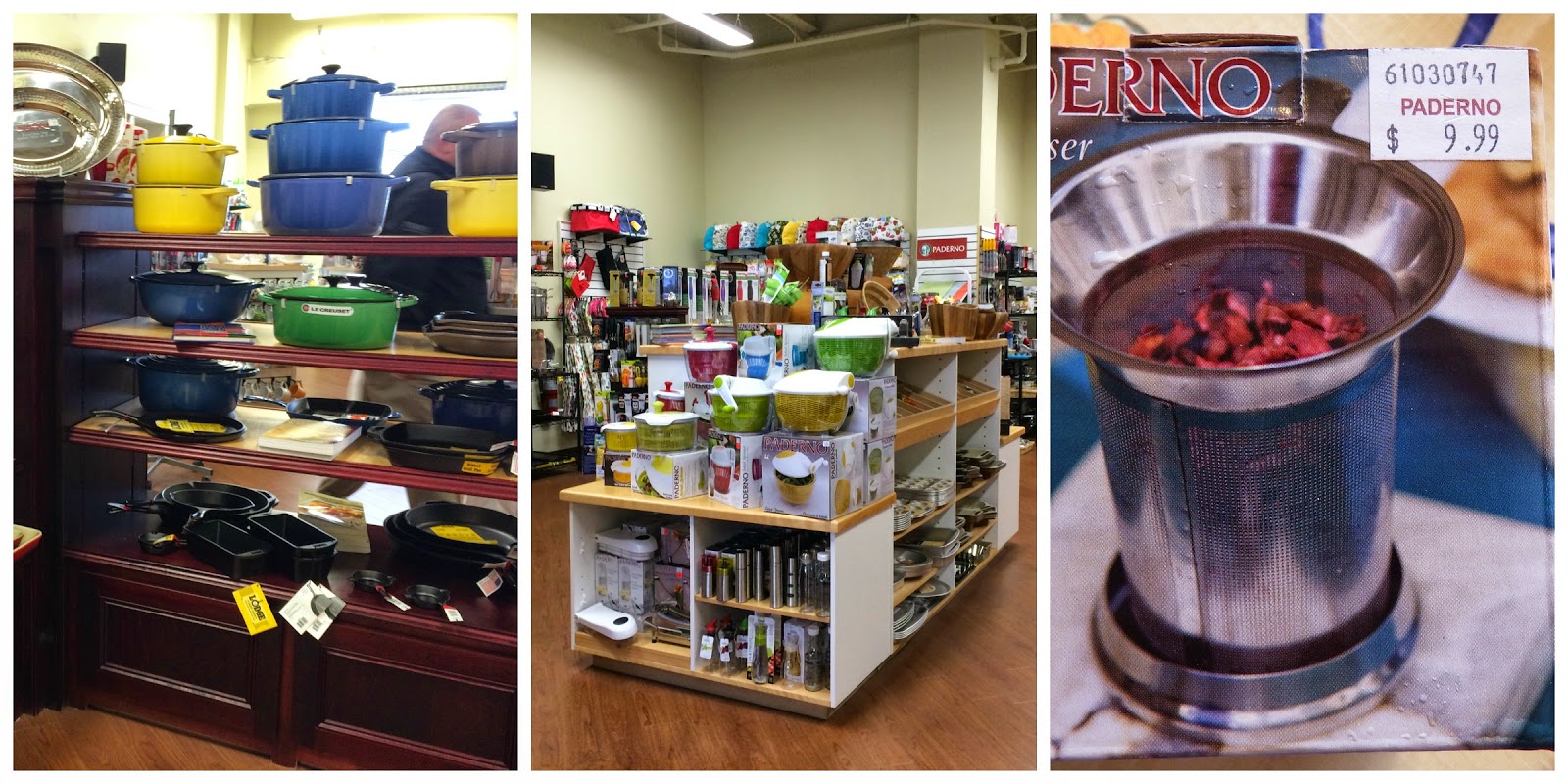 After the Paderno store, then taking Portia out for a bit of running around, we still had a bit of time to spare.  There is a furniture store directly beside the Mandarin so in we went to check that out..

Out of the whole store the genuine leather recliner, and the 3 pc tweed /wood set were my picks. 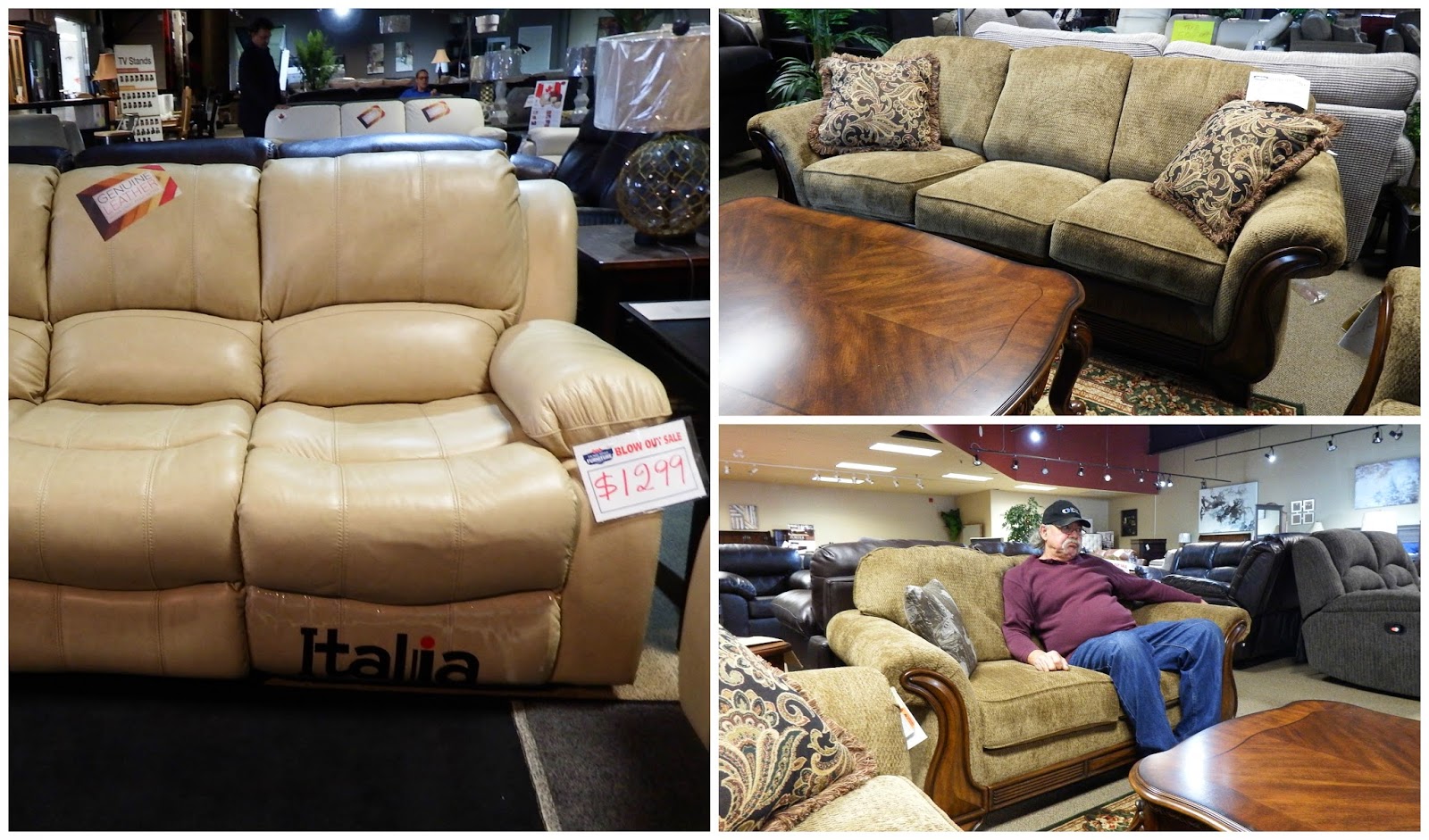 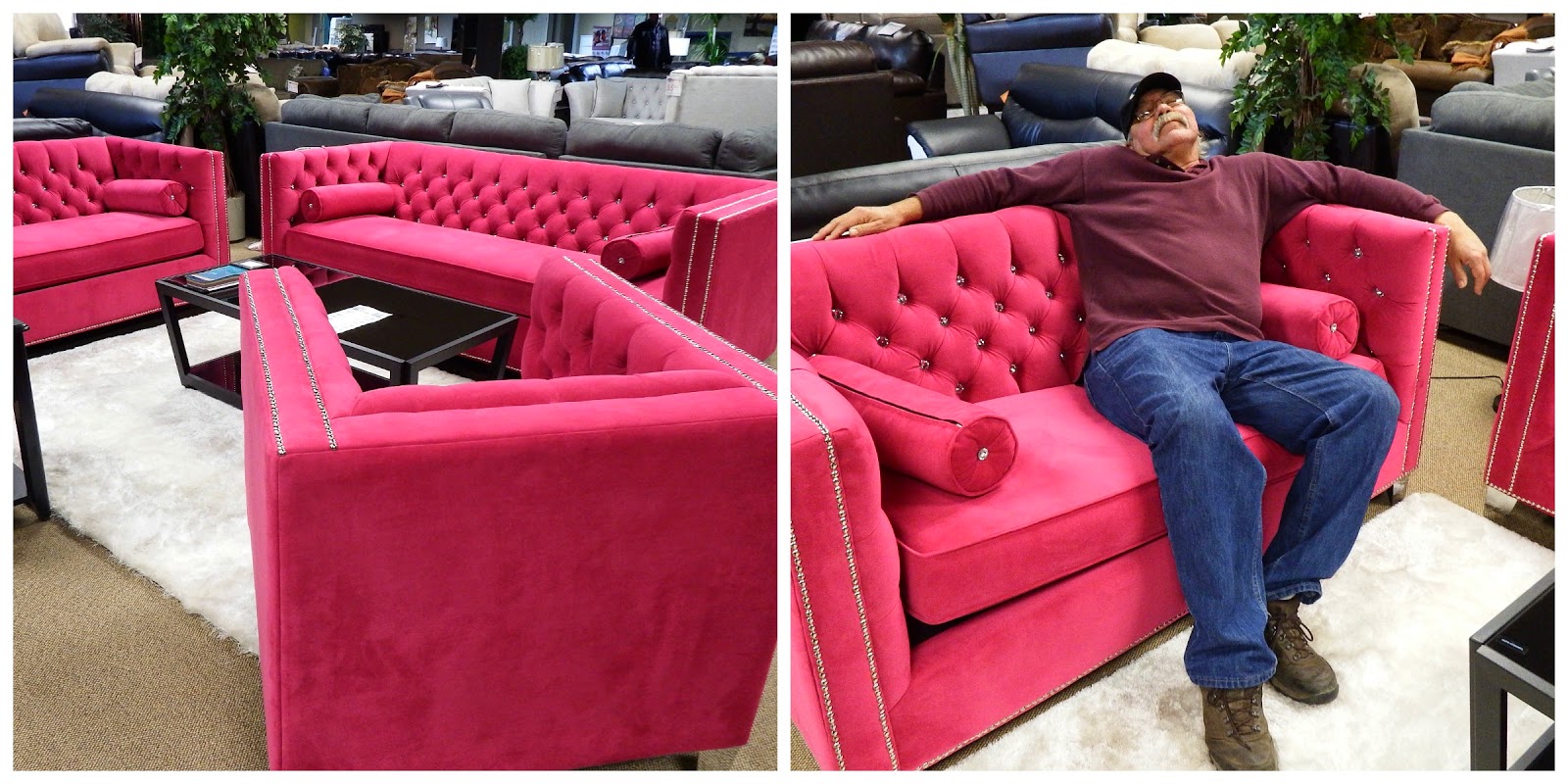 4 pm rolled around and we headed on into the restaurant where we met up with Delores & Darol.  Dinner was beyond amazing as usual.  I was quite impressed that I never totally overate and even had dessert that didn't send me over the top.  I didn't even think to take food photos, however I did get a really nice photo of ...

.... Darol & Delores.  The food was great & the company most enjoyable. 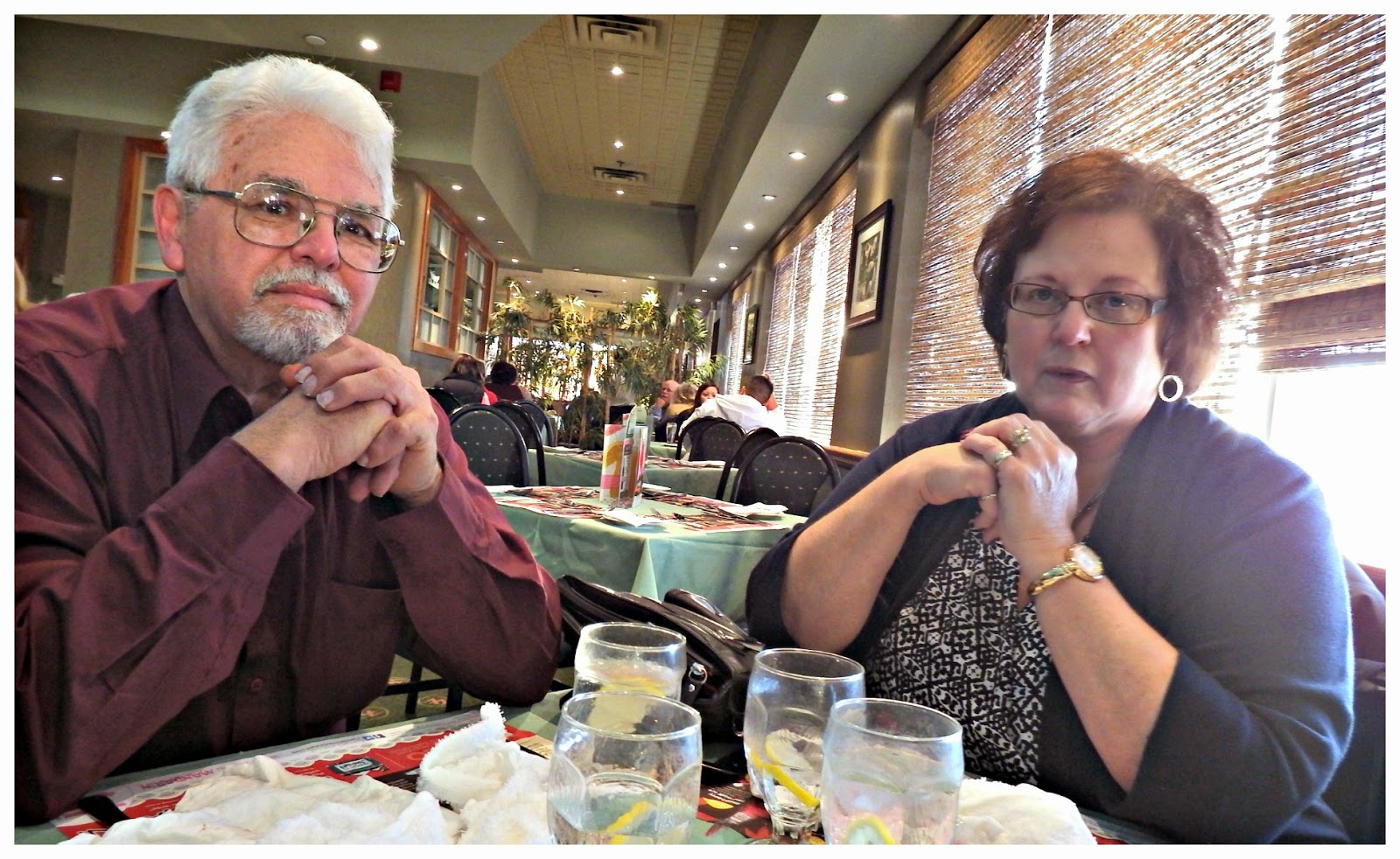 We headed home about 6 pm, and the drive until it got completely dark was beautiful to take in along the way. 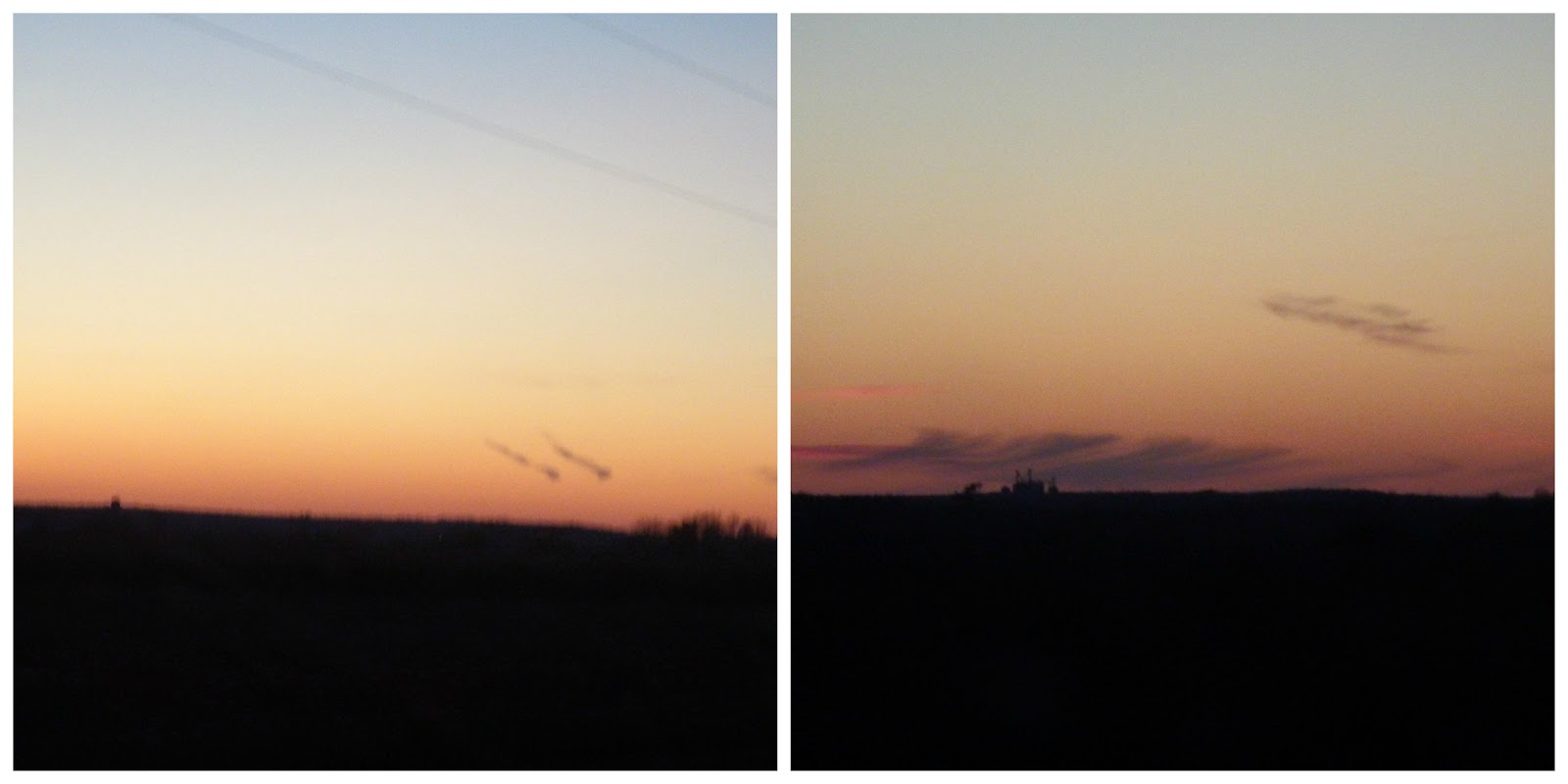 Then the cause of some of my "I can't keep up" would be a little girl that is going on 5 months old ...

... oh if she would only be in this state 99.9% of the time.  Even though Bandit gets fed up some days, he still  hangs out with her when she is on a "time out" to give us a wee break to catch up with the messes she leaves behind... almost like a mini tornado of sorts. 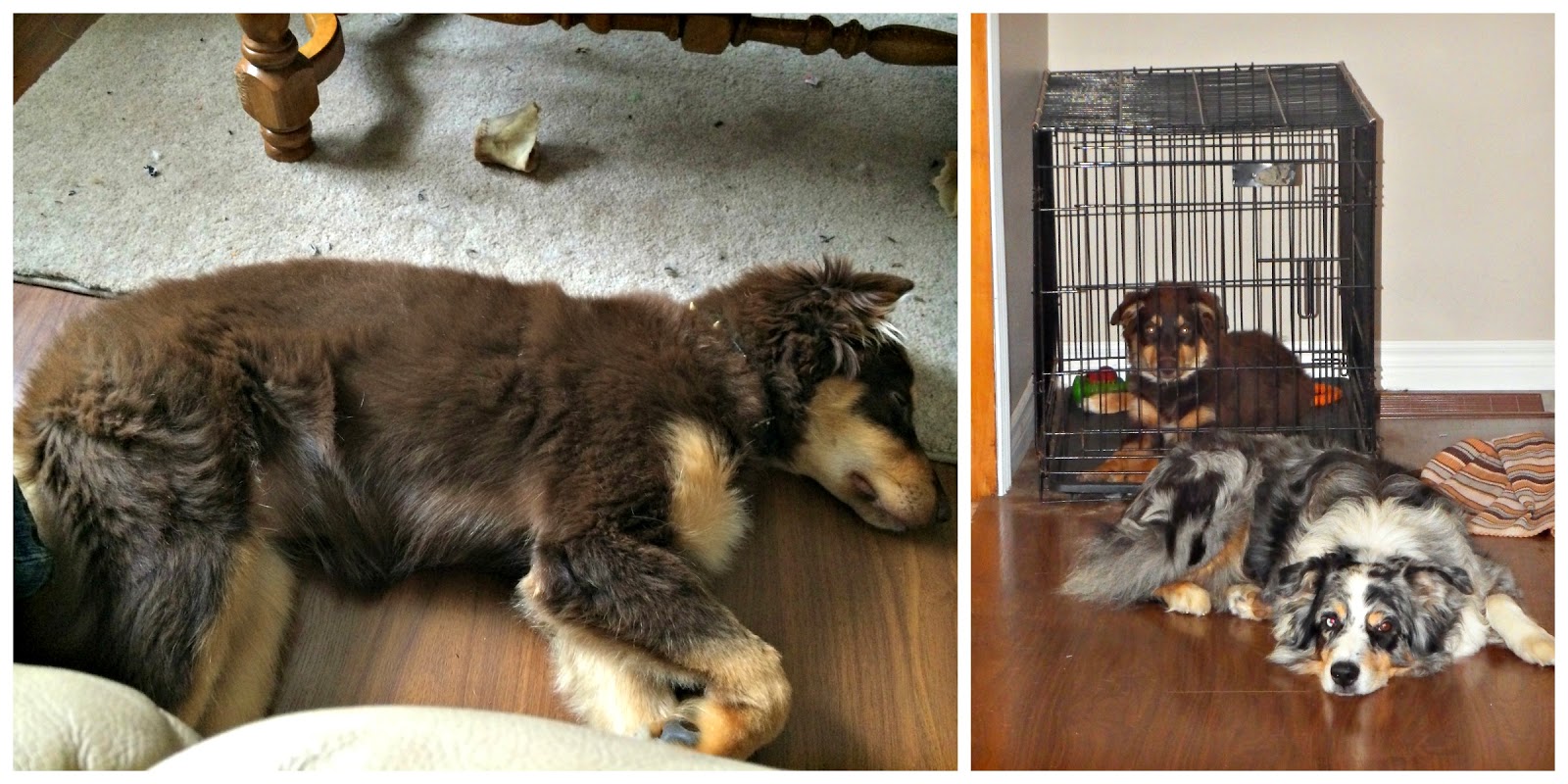 This morning the ground was covered with a crisp layer of frost not lasting long when the Sun arrived.  Dinner time brought Thunder rolling across the skies with the rains leaving puddles of water behind.


Portia surely thinking she would like to be free and across the way with Bandit I am sure. 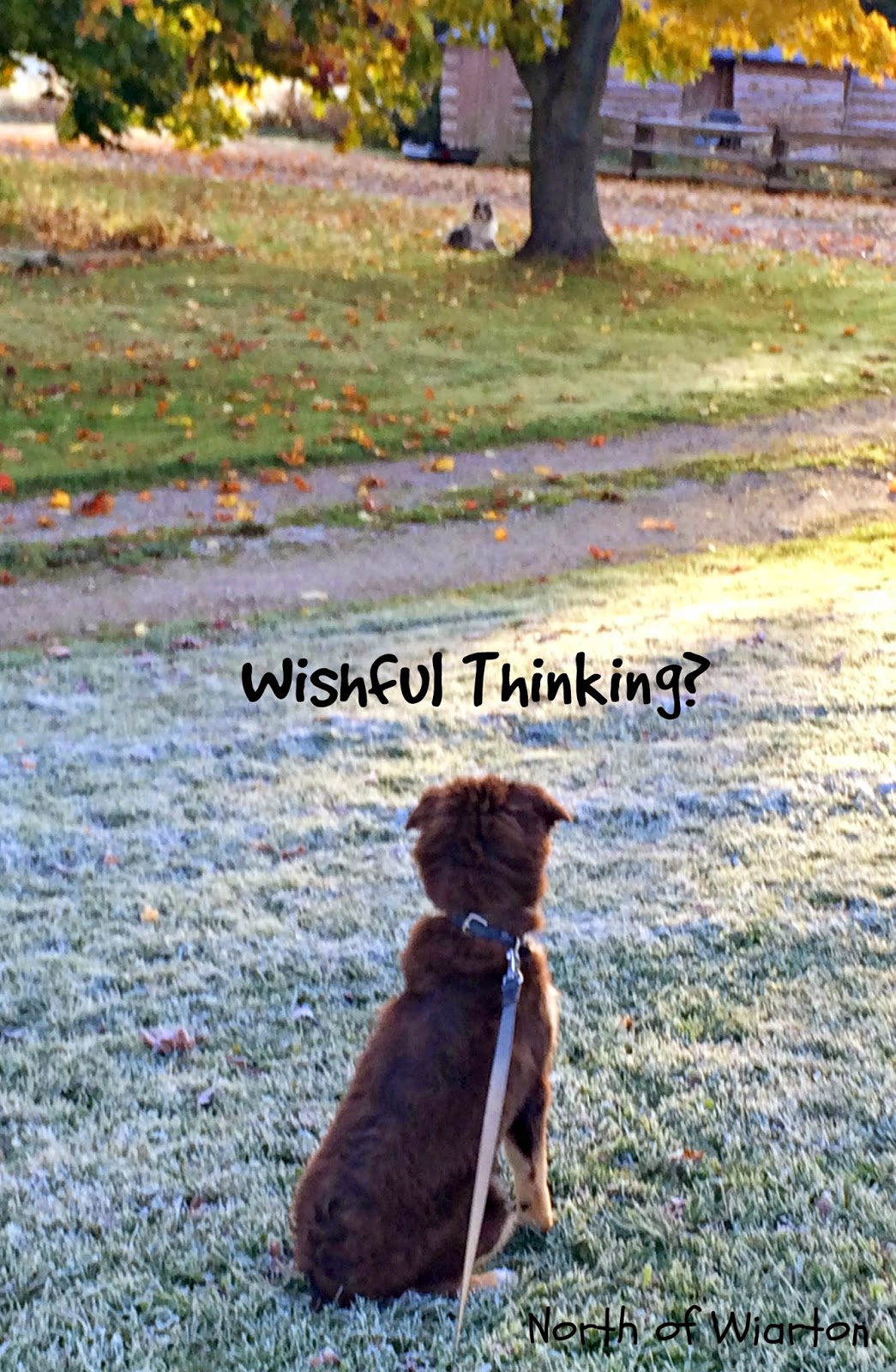 Yes that pretty much sums up my yesterday's day and a bit of today, Just North of Wiarton & South of the Checkerboard.
Posted by Cindy@NorthofWiarton at 10/27/2014 07:25:00 pm