You would not believe what I possible did !!!  I had a pair of shoes that I had purchased in June that the seams were all coming apart on both shoes.  Gilbert's Shoes downtown where I had made the purchase directed me to Brooks, the company which makes the Avia brand shoe.

The Company directed me to box them up to send back to them via Campar.  Yesterday I packaged them all up and dropped them off to be picked up at Gilbert's Shoes.  3 am I am lying wide awake in bed and the lights came on (in my head of course) that I had not removed my Orthotics from the shoes which are worth over $300.00 !!!!

Needles to say I was downtown at Gibert's Shoe Store as soon as they opened at 9 am to re-open that package to retrieve my orthotics !  Marg, store owner, had made the comment on how careful and well I had undone the package.  I had to be truthful and tell her it must of been from back in the day when I had one year snooped in some Christmas gifts Mom thought she had stashed away .... oops I wonder if I had every told Mom that I knew what I was getting one Christmas ?  *BLUSH*

Today I had been too busy to even think straight.  I even had to lay down for about 20 minutes this afternoon as my Fibro had been getting the best of me with every muscle in my body aching.  The rest helped a bit before my feet hit the floor again.

This evening Rob and I attended an "After Hours" at the Wiarton Chamber of Commerce office, which had been hosted by the Wiarton Farmer's Market.  It was a wonderful and most enjoyable event.


First photo is of Abby Miners, who is the Market Manger for the Wiarton Farmer's Market, who I might add has done an amazing job of it the past few Years.  Lois & Peter just joined the Market this Year offering fresh garden produce.  Below is Jeri pictured with Abby, who is a Honey Producer as well as offering fresh bake goods, and lastly pictured is Anita Dejong of Sweet Things from Dejong Acres  (and truly if you have known Anita as long as I have you would also think her as sweet as her produce).  Anita & Family are Lamb Producers as well as having a number of other Farm Products available at their Farm Store & at the Wiarton Farmer's Market. 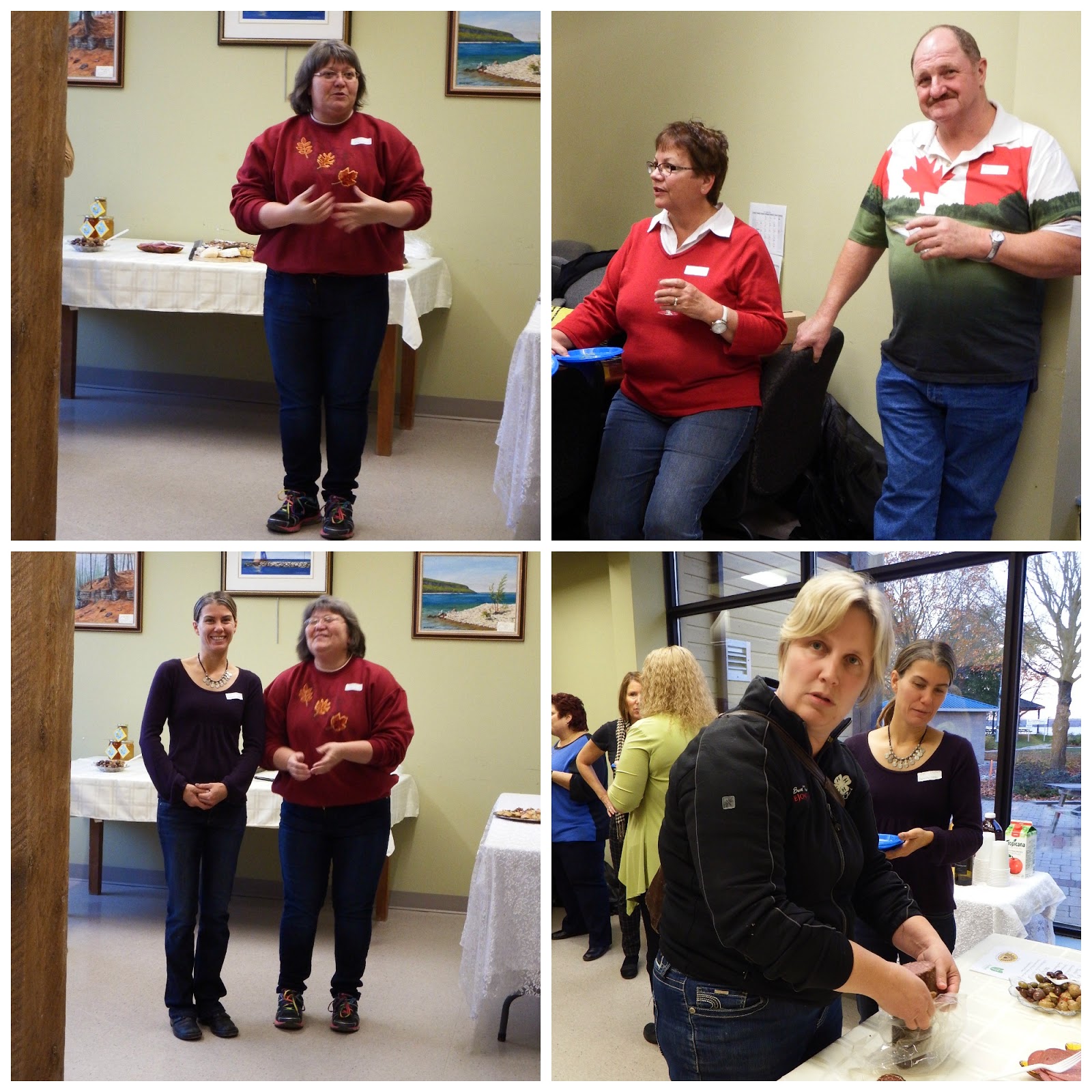 There was a great show of business people from the Community who attended this evenings "After Hours" event. 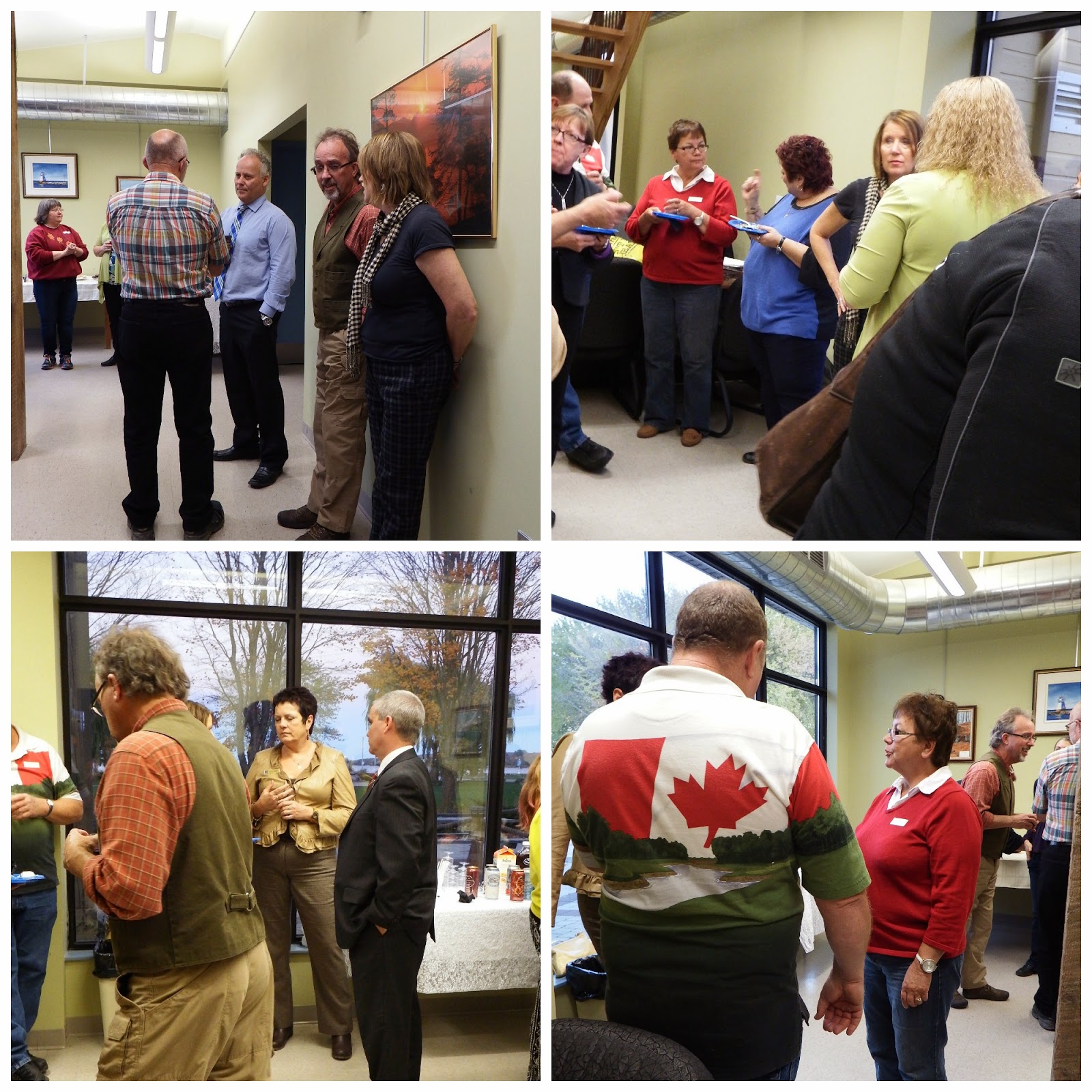 After Hours please anytime for me, especially when all the goodies are locally grown and produced. 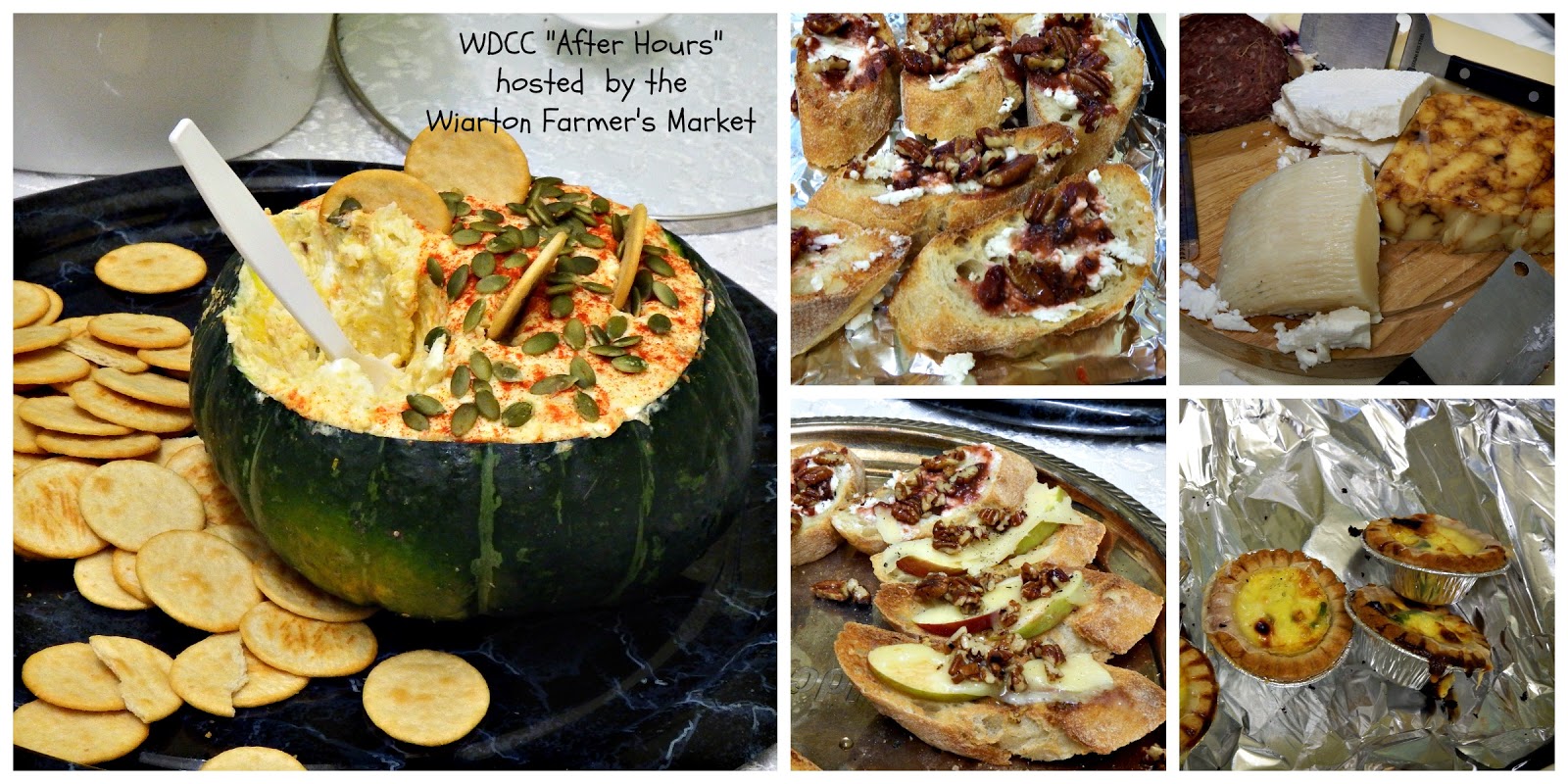 As the saying goes, KNOW YOUR LOCAL FARMER, and truly I LOVE the ones I do know !!!

Rob had left for home before I did to take care of the dogs and whatnot.  I stayed until the very last to help Abby load her van up, getting home about 8:30 pm myself.

I am pooped, and Rob has already gone to bed.

Before I sign off just a little sneak preview to those who like a Vintage Christmas with a little Santa with a side of Coke ....


This morning I had stopped in at Home by Design to see some of the amazing Christmas displays he had set up with of course Santa catching my eye along with the elves. 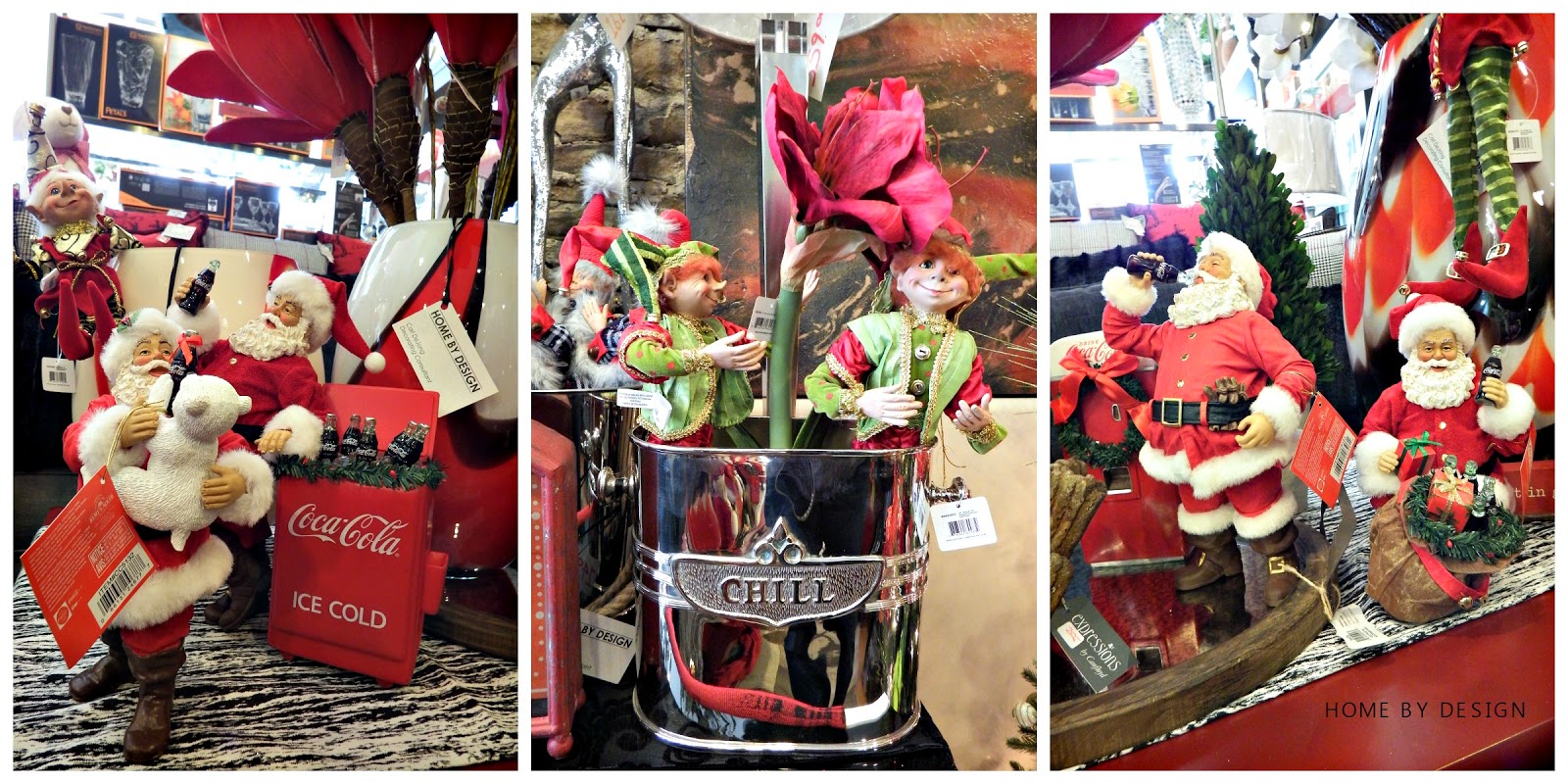