Last night I had an awful night of dreams.   When it had been time to get up I could have stayed put and slept til the cows came home ....

I must have the planning of the Wiarton Santa Claus Parade on my mind more then I had thought, as I dreamt there was to be a huge cake for where Santa Claus was handing out Bags of Christmas Cheer Candy and I had realized I had forgot to pickup the cake.  It got worse ... I had also forgot all about the Christmas Candy Bags !!!  I had been doomed, and if I had not woke up I am sure they would have "stoned" me.

Is it no wonder I was so exhausted today?

I did have some "Happy Mail".  Every so often I get an email from Sample Source, who I had signed up with some time ago, for FREE SAMPLES.  It wasn't too long ago I had received such an email and today was when I received ...

... the package of samples arrived in my Mail Box today.  Hershey Almond bars are one of my all time Chocolate Bars, so you know that didn't sit in the pile of samples, nor did the Kellogg's Crispy Bar .... yummy ! 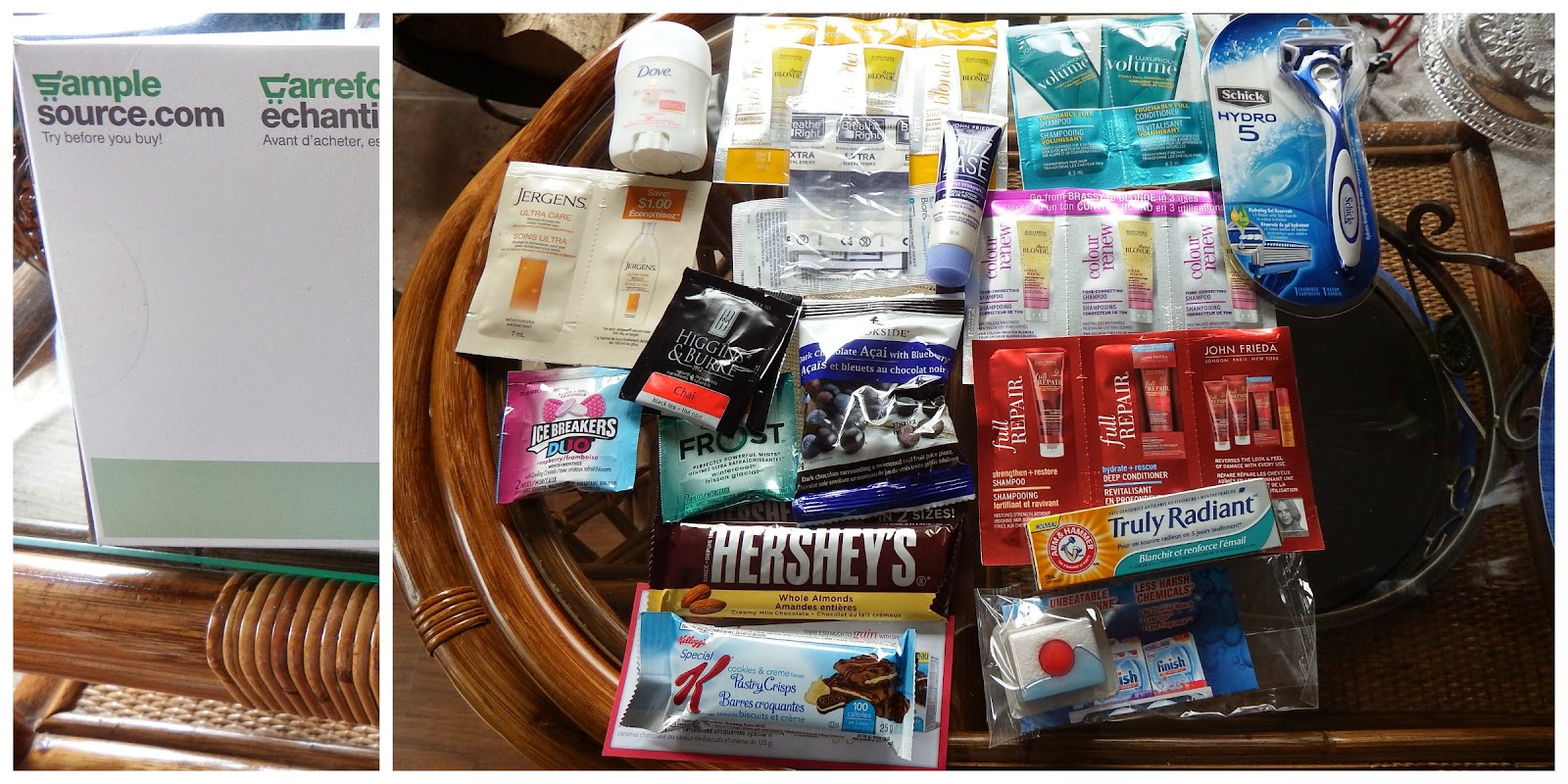 Interested in a chance to get FREE SAMPLES next time around?  do so by going HERE.  They run out pretty quickly, so once you receive the email from them you need to act pretty quickly.

I managed to get two load of laundry washed and out on the clothes line, however it wasn't as warm today as yesterday had been.  I will have to turn on the dryer to take the dampness off them to dry them out completely .... GRRRRR, I do NOT like using my dryer and giving more money to Hydro One then what they get from us now.

While I had been out at the clothes line, along with Bandit and Portia, there was lots of sound coming from above us.  It didn't take me long to figure out the culprit was ....

... up in the Walnut Tree.  Bold as brass he was.  When I came home after being out later today I even discovered where he is residing.  Over in our Wood Shed of course, where else could he hoard a nice supply for himself in the Winter Months which is nicely sheltered from high winds and blowing snow. 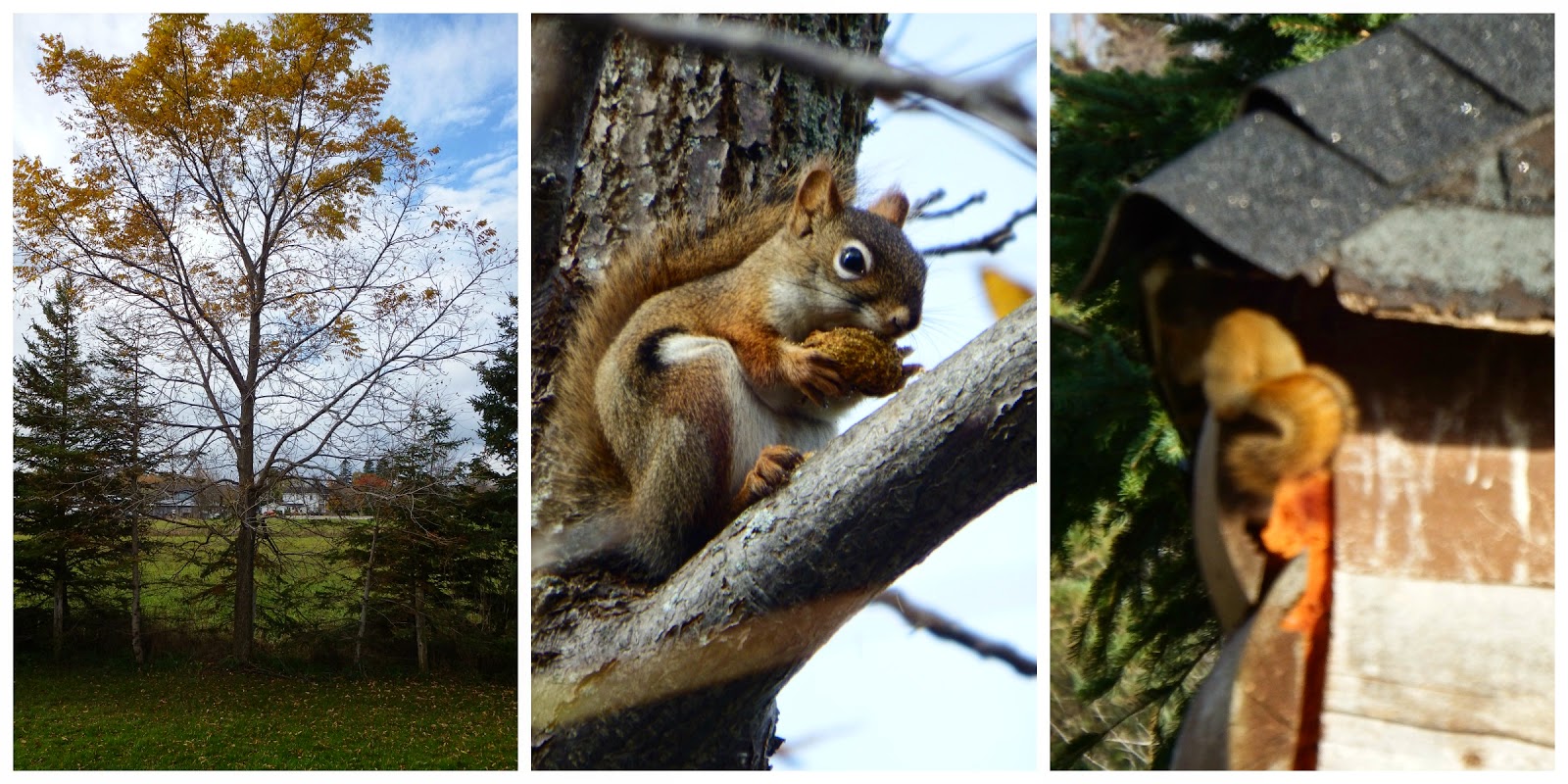 The Walnut Tree beside our line fence needs to come down..  They kill anything and everything around them.  This particular one has now killed the Pine Tree beside it, and two years ago the Lilac bush.  Time to go, and the Red Squirrels along with it !

This past Summer our fridge of sixteen years starting leaking from a spot along the freezer door.  I had thought it was not closing properly but soon discovered part of the seal on it was gone.  It just so happened I was browsing one of the swaps when I came across a fairly new fridge which was in excellent used condition.


Other then in the photos, I have not seen it personally, however Rob went to see it in his travels today and bought it.  It is a Whirlpool Brand, four years old, and like I had said EUC.  They had been asking $200.00 for it, however took $160.00.  I was happy with that price, as it sure beat anywhere from $800.00 upwards for a brand new fridge. 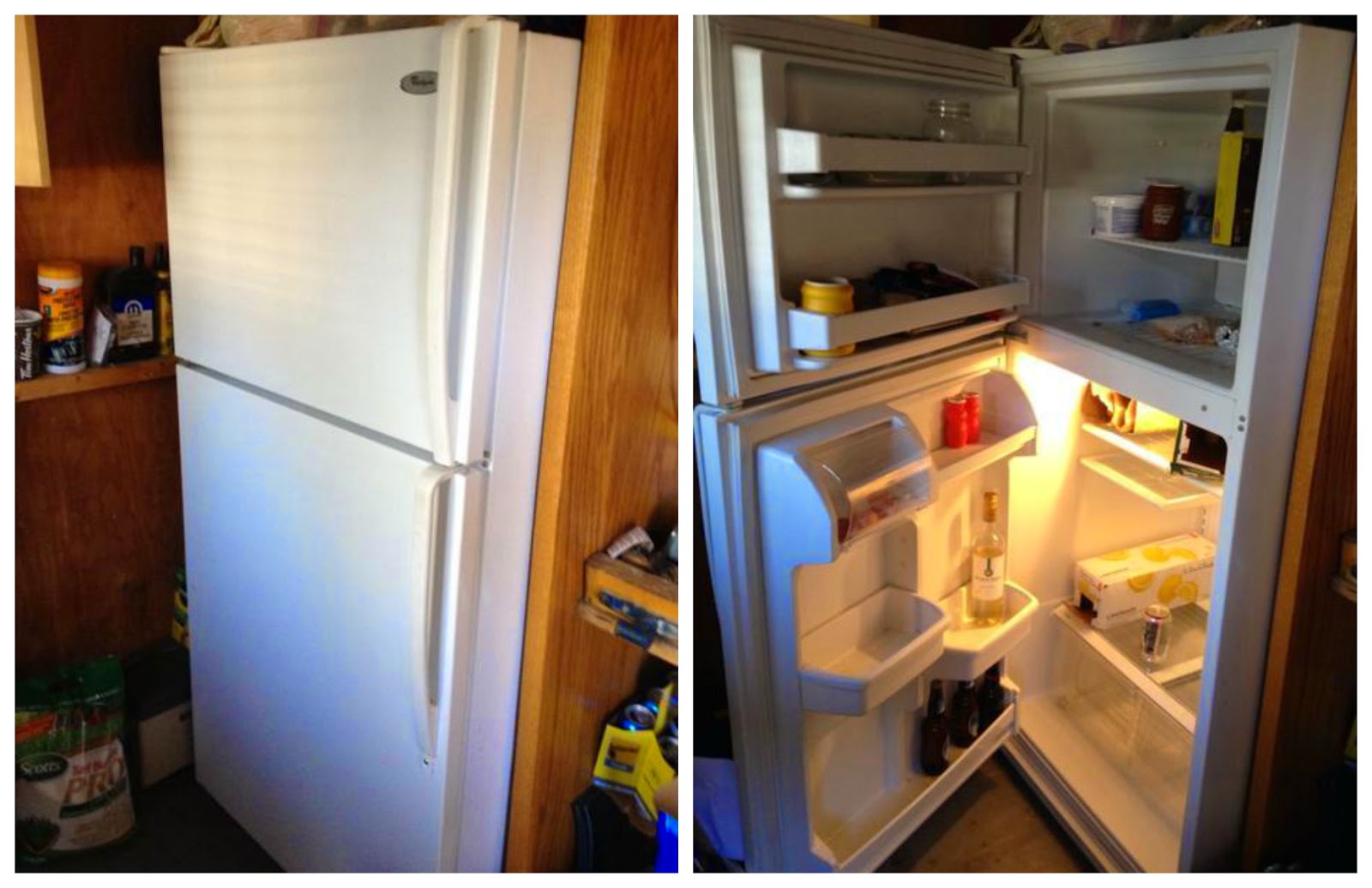 It had not been an opportune time for our fridge to go, but then whenever is there an opportune time in Life for major appliances or otherwise to "go" ?   We will probably pick it up next week.  In the meantime I will clean out the one upstairs, and the old one downstairs, should I ever find time to do so, then call Hydro One to come pick up the really old one, something they actually do for FREE.

Want to book a pickup FREE for your old fridge or freezer from Hydro One? you may learn more about doing that by *clicking* HERE.  Out with the Old & in with the New !

I am hoping to enjoy a restful evening ahead, as I had yet another day where what I had planned never did get accomplished.  Maybe tomorrow the disgusting foyer that needs scrubbed will get done, as it most certainly not get done by lack of trying to the point the vinegar and the hot water had been in the bucket.  Thank goodness for tomorrow or nothing might ever get done.