"It was another very early morning for me again.  Early it might have been, however in the Eastern skies there was promise of a lovely day ahead, with the Moon moving from the Southern skies soon to fade into the West." 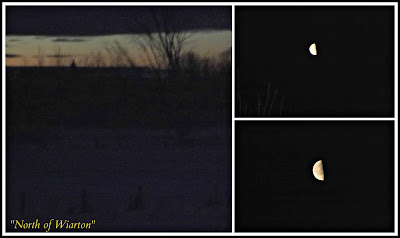 February 22nd, 2013 was when I had noticed the "burning" sky outside our windows in the Eastern skies.


"This morning I took one of the photos I had taken that morning and made it into my Facebook Status.  I LOVE it." 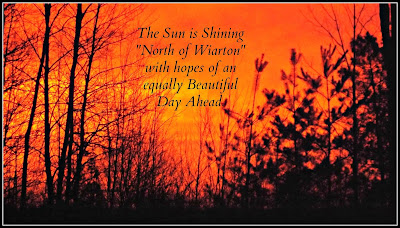 This morning I got through my usual routine, and was able to make a quick phone call off to my brother, then to my sister before the Bookkeeper arrived.

I am pleased to say it didn't appear I messed up the "Crabby Cabbie" books toi badly at all in the whole of 2012, with only a couple "minor" (really minor I might add) changes having to be made.  By the time she had left we were in good shape to drop everything off in Owen Sound at the Chartered Accountants.

"Really I have never ever been one to leave my taxes to be done at the last minute ... do you?" 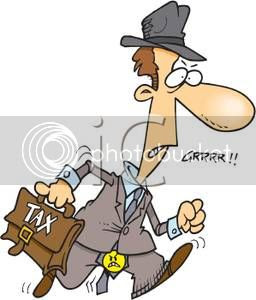 While we were in with the Accountant we realized we had not received my Mother's tax slips from CPP, nor Old Age Security.  Oh man, I could not believe this, as last year we had not received them in the mail either, and I had to call then for copies to be resent.  Once home this is what I had to do, call to request they be mailed off to me again.  What a "pain" ! a real big "tax pain" in the behind !!!

We took advantage of being over in Owen Sound to stop into the Giant Tiger, No Frills and the Dollar Store.  We are going to give the PC Chicken & Brown Rice Dog food a go, so we picked up three bags of this when there.  Rob and I were both "miffed" when we looked at the price on the PC brand Puppy food.  Last week when we had picked up a bag it had been $9.99; today it was $13.99.  A $4.00 difference !  That was a huge jump within a week's time.  We are thinking maybe it might have been "on sale" last week.  Whatever and why, I am kicking myself for not have picked up more then the one bag at that time, as goodness know we will be needing it.

It was very late afternoon by the time we arrived back home.  Another day I am thankful for the Batch Cooking I do up ahead and proportion freeze.

"Tonight's Menu was Homemade Spaghetti Sauce on a bed of Whole Wheat Pasta." 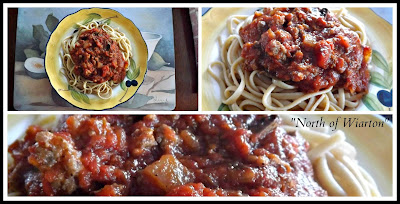 Oops, I was a little bit sidetracked for about an hour here.  I was was on a Video Skype call with my friend, BJ, who is down in Arizona with her hubby, Paul and little doggie, Ruby.  Paul also sent me a few photos of what they have been up to, so hopefully I will remember to share a couple here tomorrow.

I have a crazy busy week ahead of me with hopes I start getting a couple of good night's sleep under my belt today instead of walking around in a trance sounding like I am babbling away about nothing most of the time.

On that note I am off to attended to my Checkerboard Aussies for the last time today, then call it a night, "Just North of Wiarton & South of the Checkerboard."
Posted by Cindy@NorthofWiarton at 3/04/2013 08:05:00 pm