Myself, neighbour Lois, my Auntie Gladys and Cousin Vi, all met up at the Wiarton Propeller Club today for the Nurse's Week Luncheon & Fashion Show.

We had gotten a table in front of the "runway" so I could get some, hopefully, good photos of the models.  Lois and Vi looked on as Auntie counted out the loot I had reimbursed her for booking the facility for our upcoming Masterson Reunion this Summer.  Too cute. 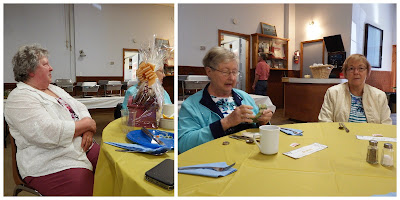 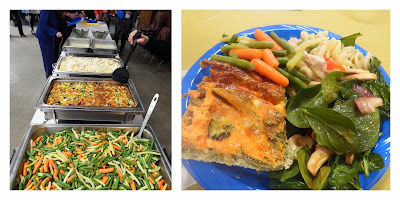 One of Wiarton's local nurses contributed Nurse's Uniforms from the past to be modelled by, yes of course, the nurses who modelled Josie's of Wiarton fashions. 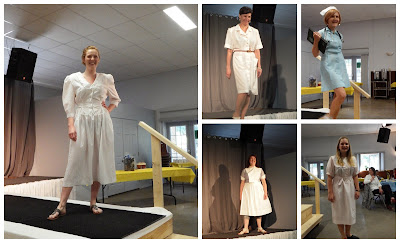 Josie Myles of Jose's of Wiarton is a huge supporter in our community.  The cost of the tickets had been $20.00 with proceeds going to the Propeller Club, and she reimbursed everyone with a Gift Card in the amount of $20.00 for her store.  I looked at it as a win, win situation for me, as she has lots of fantastic fashions in her store.  To see the models in action with fashions from Josie's of Wiarton, please *click* HERE.  Easier for me as there were so many photos I had taken today !

When I finally did get back home today Rob had been out with Lexus ...

Lexus was "lapping" up the attention she was getting from Rob. 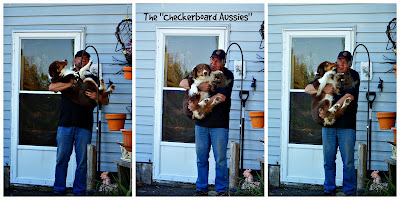 Don't think I mentioned, but I had also had a morning meeting, and now heading out shortly to an OPEN HOUSE downtown Wiarton to a new business adventure Paul Deacon has taken on.  Yes there will be photos tomorrow .... of course.

On that note I will be off and running, leaving Rob & the Aussies to hold down the fort,  Just North of Wiarton & South of the Checkerboard.
Posted by Cindy@NorthofWiarton at 5/13/2015 08:21:00 pm