Last night I layed awake trying to figure out things as my mind would not shut down.  That would be figuring out about someone very close to me, not myself as I don't think I will ever figure "me" out.

Yesterday there had been a whole lot of loving going on at our house.  Rob was lapping up all the attention and lapping he was getting. 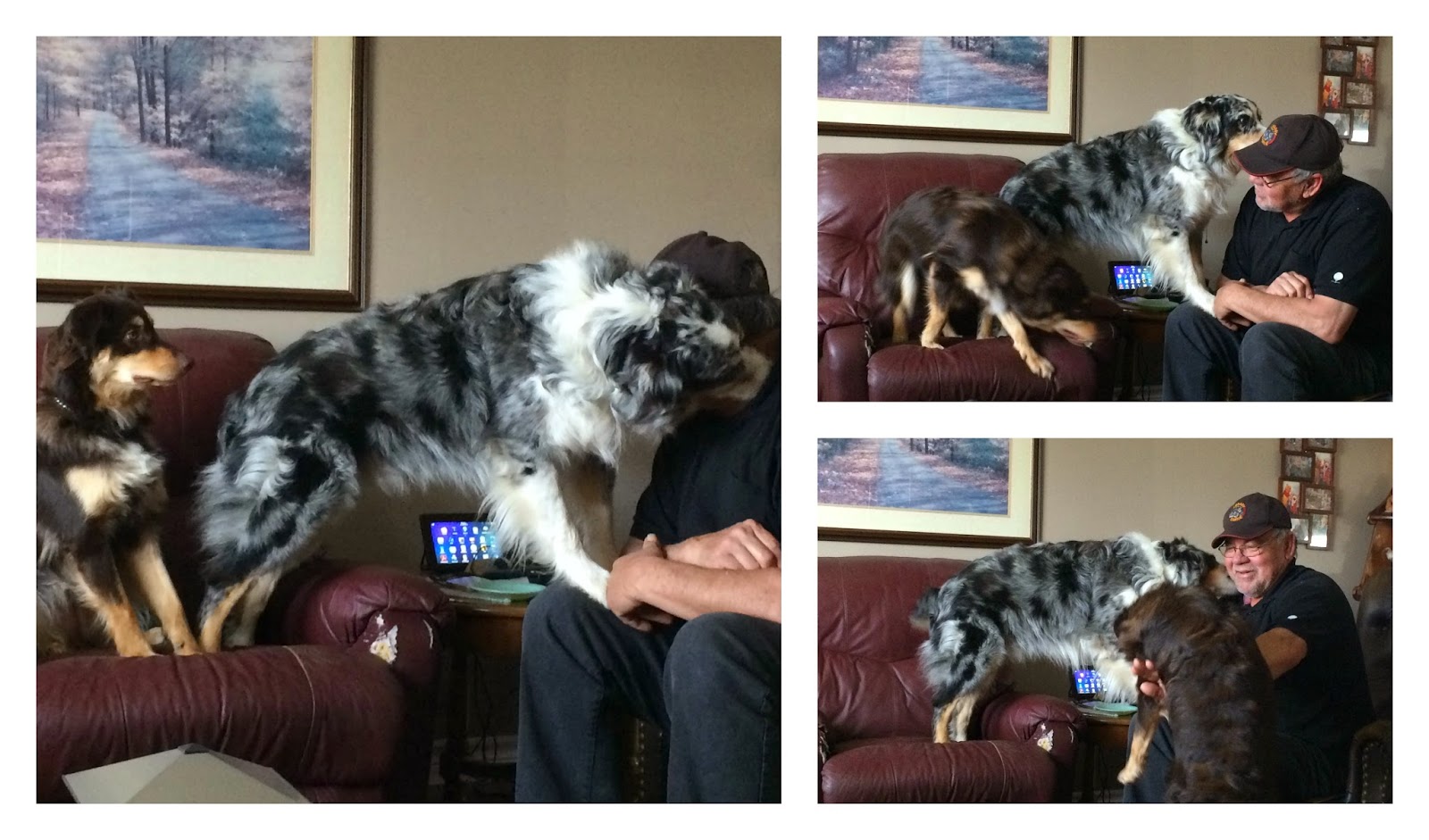 This morning I had a ton of things on my mind to get done as I had no where to be all day long.  I got going on it by cleaning off and dusting the dining room table.  That had been the end of it as the pains in my stomach began.  *Sigh* what else? but another trip into the emergency department.


The good today? a cheque from our Mutual Insurance Company in the amount of almost $100.00.  Only the 2nd cheque we had gotten from them in about 18 years, so it was nice to see there was less claims and more profit again.  The bad news was ending back in the emergency department of the Wiarton Hospital.  The good news is that we have a hospital still in Wiarton and the shot of morphine I was given gave me relief.  More good news was my brother had been home when I called him to see if he would take me to the hospital. 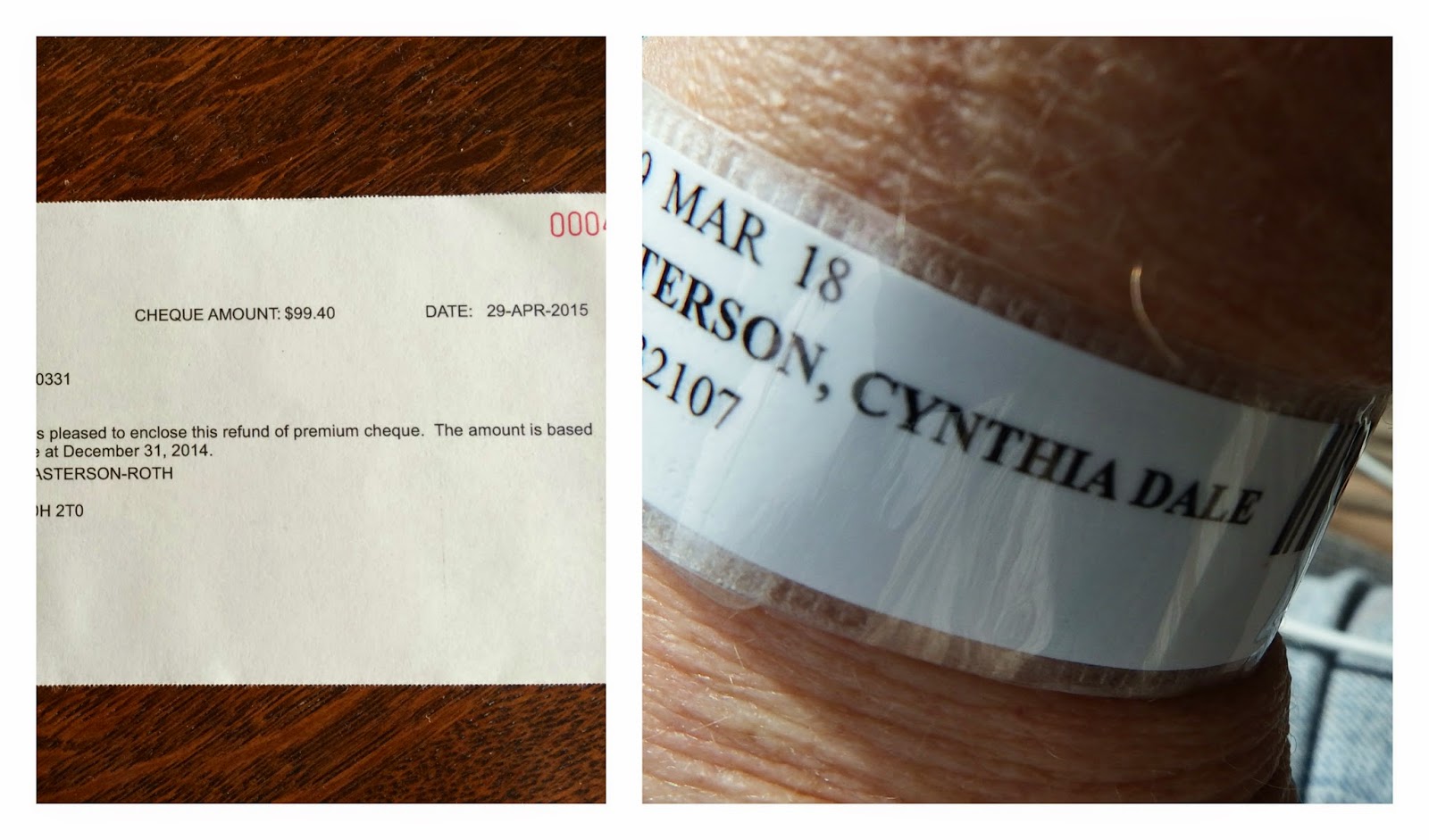 I got back home just before the lunch hour, after Rob picked me up.  The morphine wiped me out and I had some shut eye on the couch this afternoon.  How ironic this happened today as tomorrow morning I go in first thing for day surgery to have an ERCP done.

This is what the specialist, Dr. Kaal, is thinking might be done:

Sphincterotomy
Sphincterotomy is cutting the muscle that surrounds the opening of the ducts, or the papilla. This cut is made to enlarge the opening. The cut is made while your doctor looks through the ERCP scope at the papilla, or duct opening. A small wire on a specialized catheter uses electric current to cut the tissue. A sphincterotomy does not cause discomfort, you do not have nerve endings there. The actual cut is quite small, usually less than a 1/2 inch. This small cut, or sphincterotomy, allows various treatments in the ducts. Most commonly the cut is directed towards the bile duct, called a biliary sphincterotomy. Occasionally, the cutting is directed towards the pancreatic duct, depending on the type of treatment you need.

More information on the procedure can be found by *clicking* HERE.

I was hoping I would be put right "under" as I am such a chicken, but suppose that will not be happening according to the instruction sheet the Doctor's office had given me.  Also Dr. Lothstein, the doctor in the emergency department, was nice enough to explain the procedure to me without even inquiring.  Hopefully this will solve my issues on this matter, and keep me from being a "regular" at the Wiarton Emergency Dept.

Even though I got nothing done today, my Rob was quite pleased about getting started on a "wind break" on our deck.  We get such strong prevailing winds out of the West, also this will give us a bit more privacy from our neighbours with the binoculars. 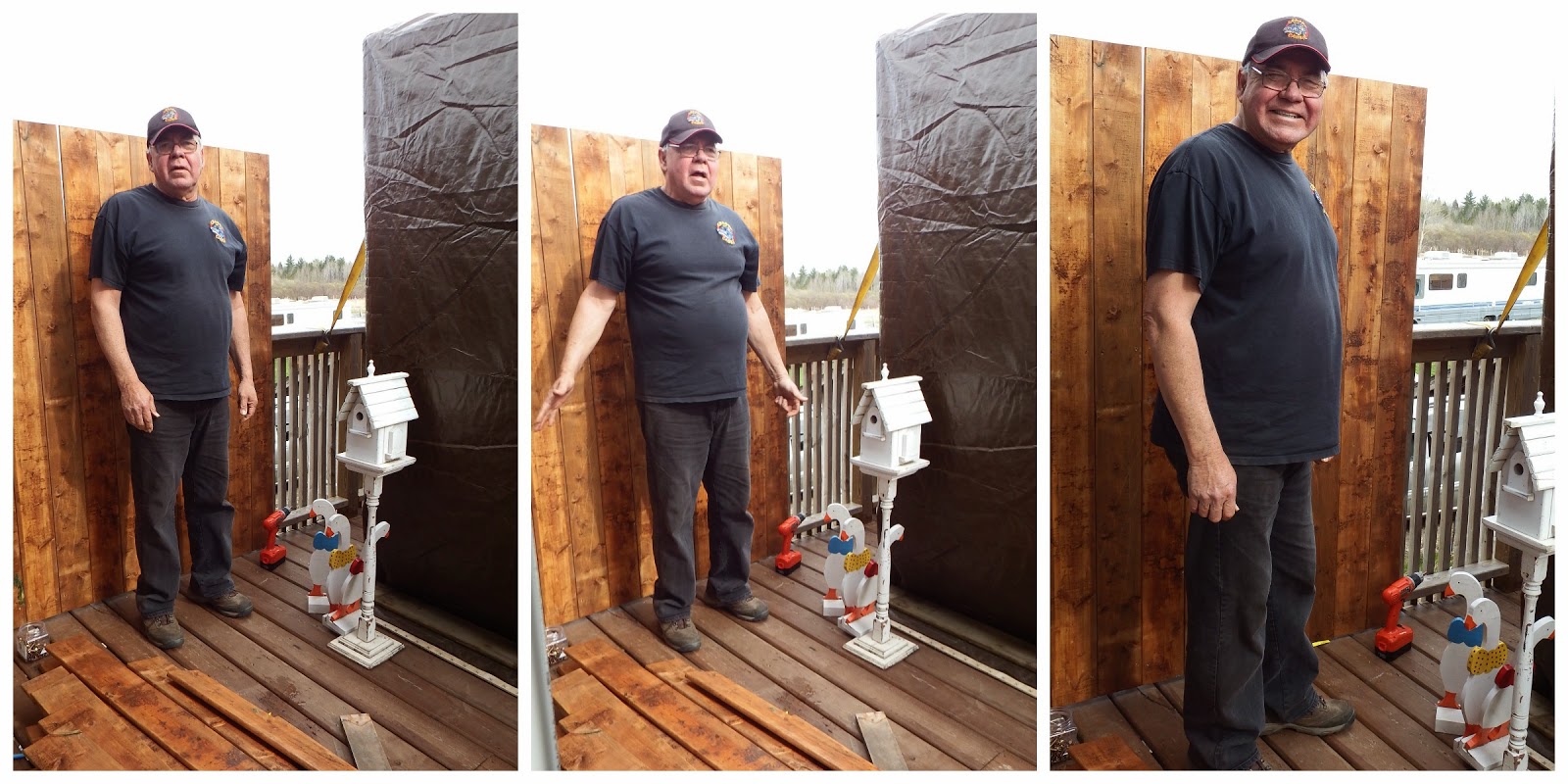 I am going to get myself a nice hot shower, and crawl into bed to watch The "Voice" tonight, then hopefully get some sleep, Just North of Wiarton & South of the Checkerboard.
Posted by Cindy@NorthofWiarton at 5/05/2015 06:59:00 pm