I never slept the best last night, but you know when I got up with no migraine or headache I was walking on Sunshine !  even though the rain was tumbling down outside my windows.

Rob was fairly busy running here and there this morning, then this afternoon he went and picked up the "new to us" fridge we had bought to replace our 16 year old one.  Now I have to find time to clean out the old one, have the new one brought upstairs and get rid of the really old one we have in the basement.

The Wiarton Farmer's Market was having a Soup Supper Fundraiser this evening to raise more money for the Awnings to be put in the Berford Street Parkette.  My friend, Abby Miners, is the Wiarton Market Manager, and I offered to go help.  I was the gal who took the people's cash ... a right up my ally kind of job.

Yes Soup's On !  and part of the crew were at the Wiarton Community Centre setting up at 4 pm for the 5 till 7 pm serving times.  Behind the scenes were Debbie, Nicole, and up front Laura and Abby. 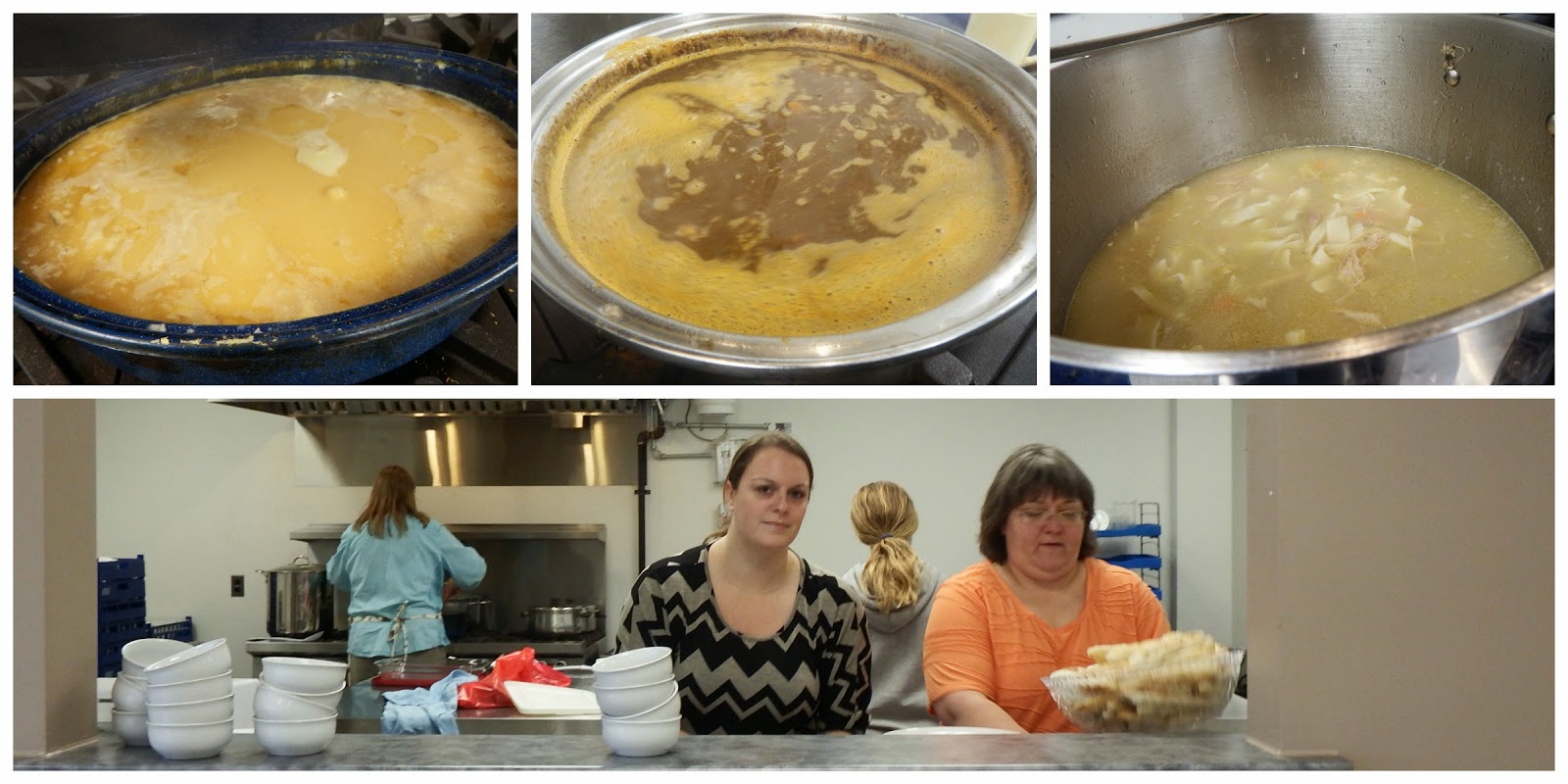 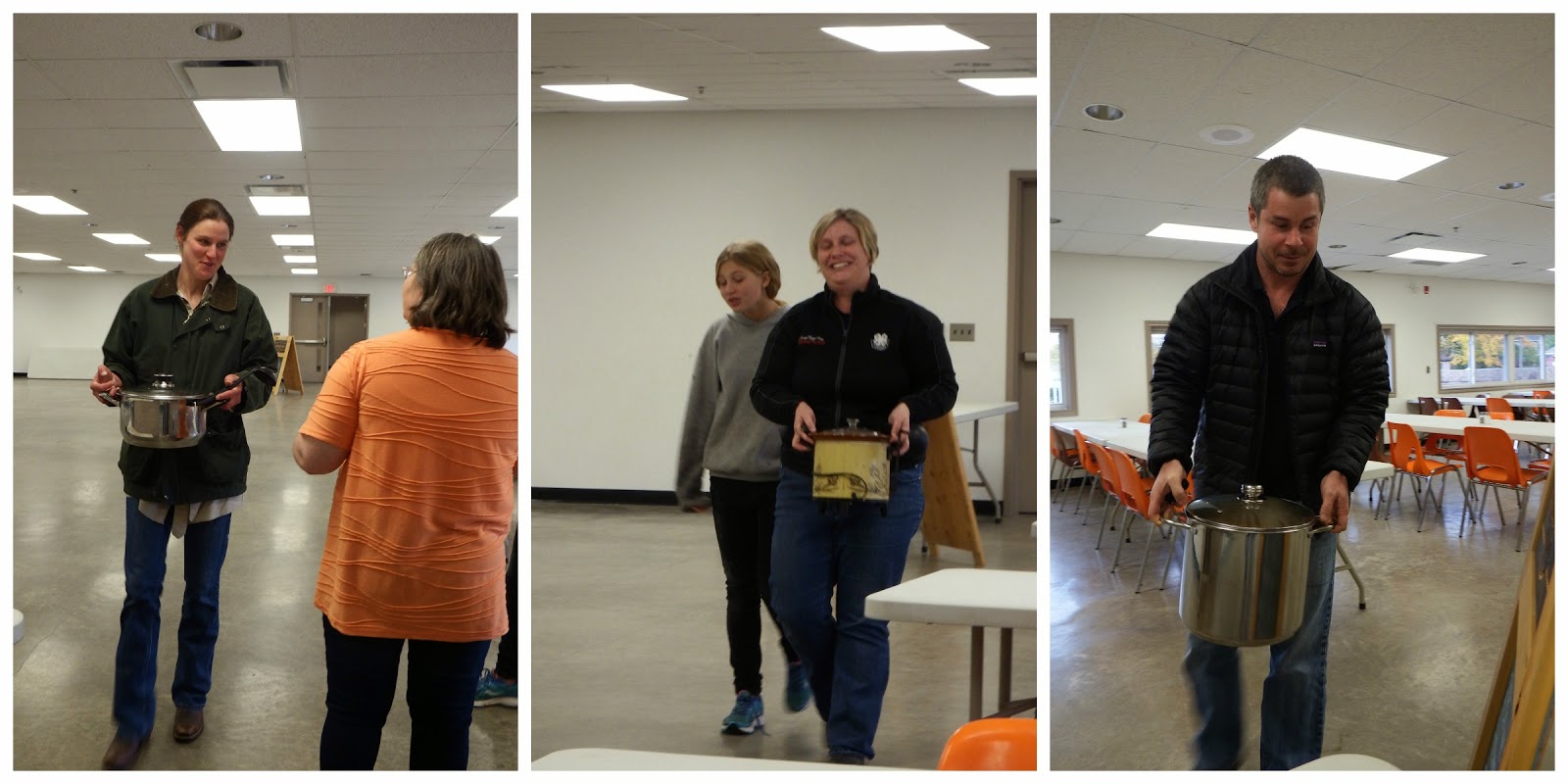 In came Gary with Hearth Baked Rye Bread, and not long after was Jeri with her homemade pies. 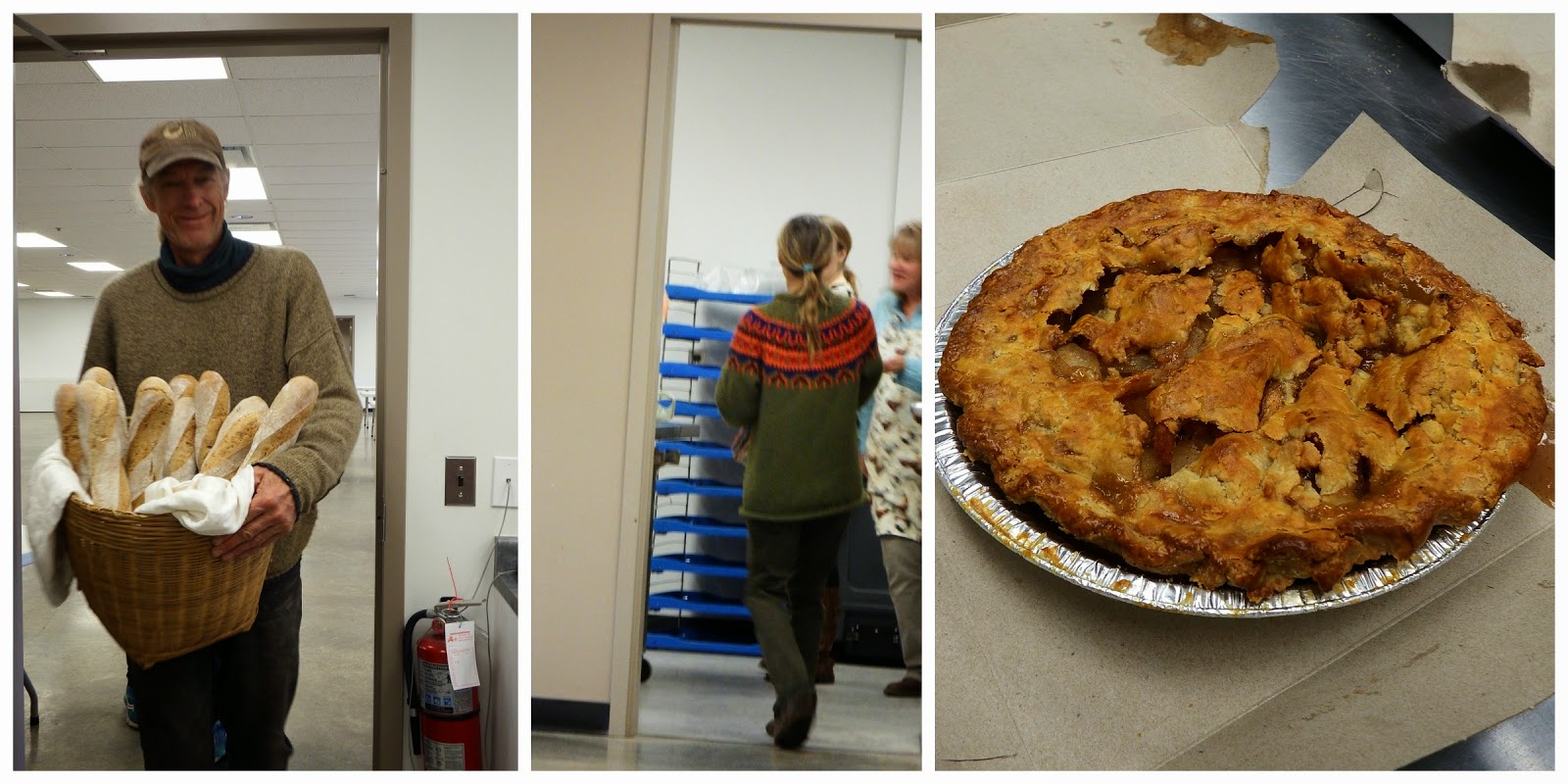 The fare was all for a good cause and had for an amazing cost !  if you missed out on this Fundraiser, be sure to stay tuned for their next one !  Homemade Goodness from your local Farm Producers. 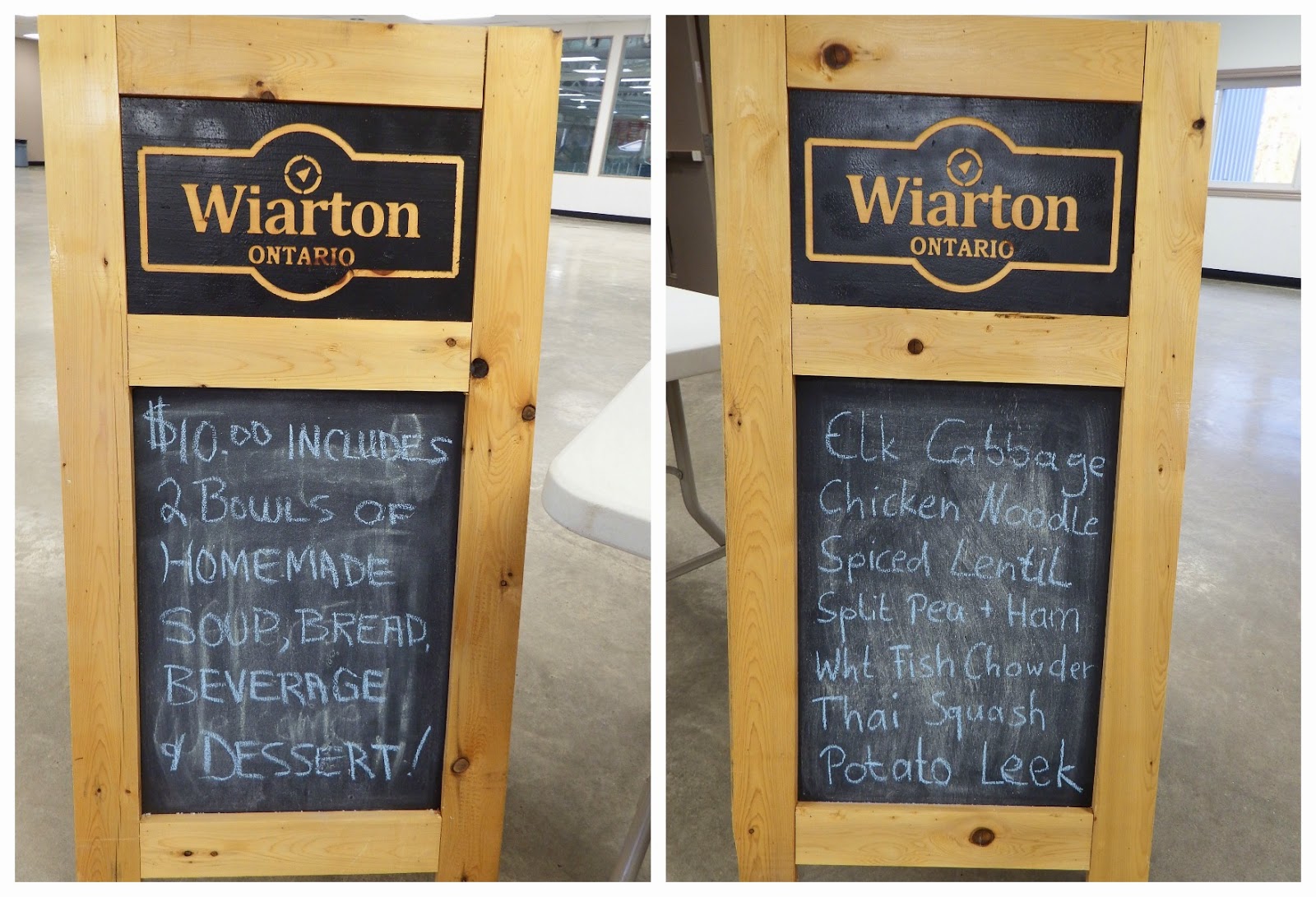 Once things slowed down about 6:30 pm, I helped clear up a few things then headed on home.  I have a big day planned tomorrow, and Rob is going to be a very busy guy himself.