Up and at it early this morning, Aussies looked after, pups cleaned and fed, not necessarily in that order, a quick shower, some phone calls on behalf of my Crabby Cabbie, and out the door I went to meet up with my Auntie at 11 am at the Gateway Haven Nursing Home.

Today we had planned on having Lunch with my Mother.  By the time I had arrived Auntie Gladys was already in Mom's room putting the amazing Rose she had gotten her into a vase with water.  We had some time before Lunch so we headed downstairs to the cafe for a coffee and visit.


Lunch was two choices (always).  First was Soup and Tuna Salad Sandwich, second was a Fruit Plate with Cottage Cheese (my choice, but had Mom's soup she did not want).  Dessert was jello or stewed rhubarb.  It was a nice "Light" lunch. 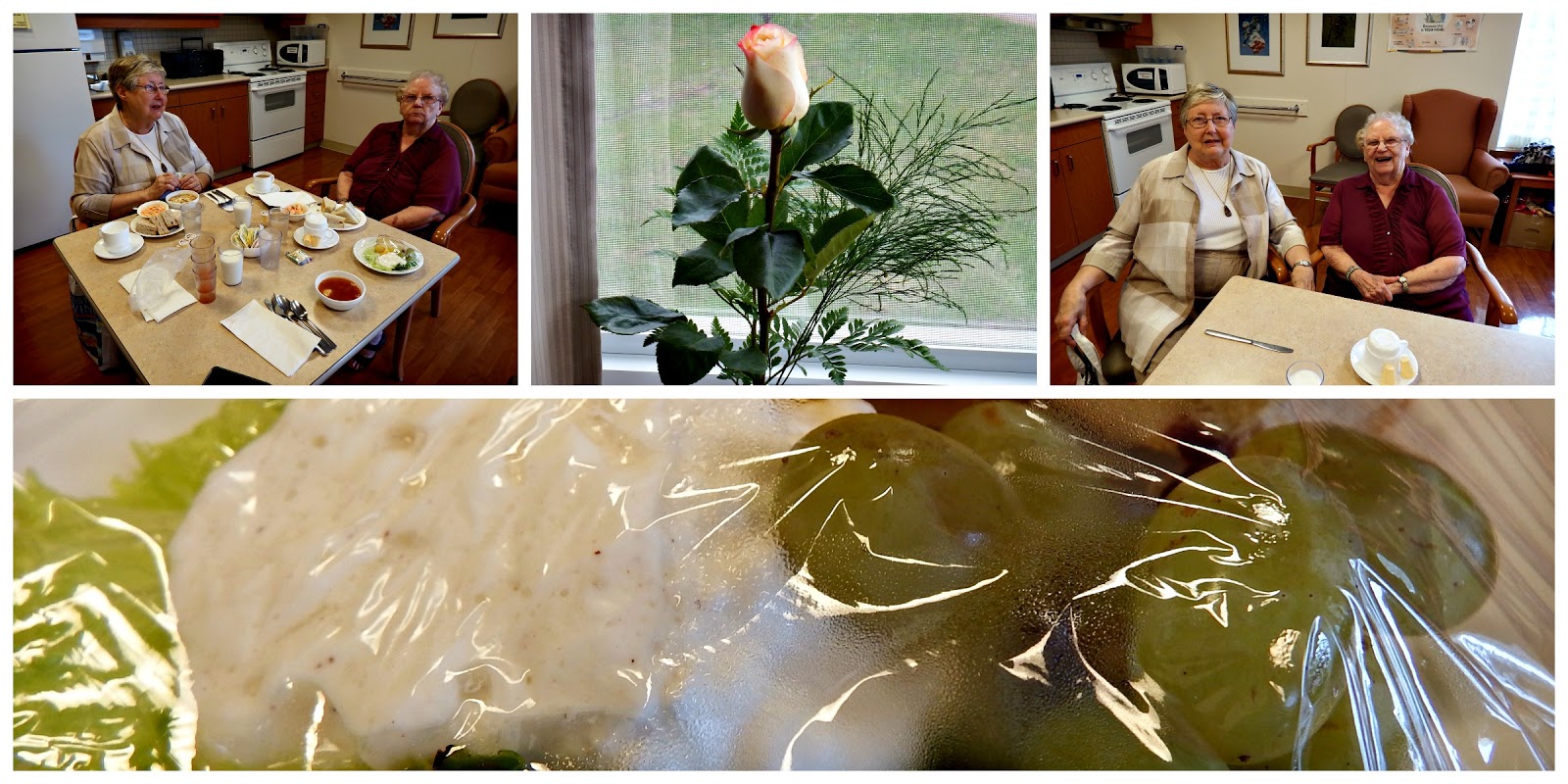 Once lunch was over Auntie headed out her way & I had to some errands downtown.  First I had to head up to the Wiarton Home Building Centre to meet up with fellow Chamber Director, Paul Sutter, then down to the Town Hall.  Next stop was Bluebird Flowers to pick up a lovely planter from all the WDCC Board Director Volunteers for fellow Board Director Josie Myles.  One more stop at the Chamber Office before heading home.  Oops there had been a quick stop into The Great Canadian Dollar Store too.

Why we had gotten Josie a planter? why is because she is celebrating 20 Years of Business !!  Congratulations to Josie's of Wiarton .... drop on it to see their lovely selection of Spring/Summer wear, and also have a chance at drawing a really nice Prize from the Prize Urn.  Two more days of  Anniversary Celebrations still at Josie's of Wiarton. 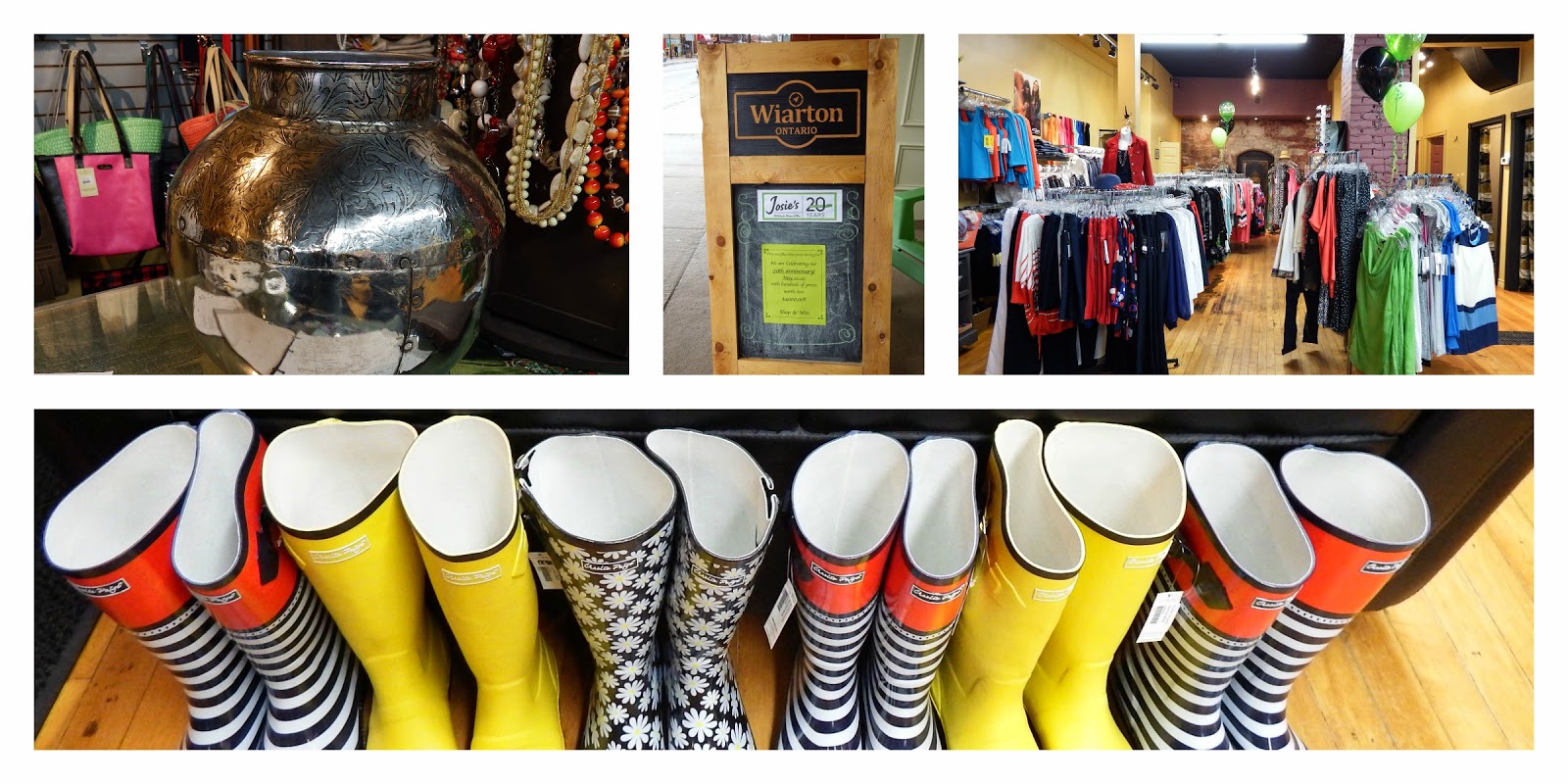 There had been "torrents of rain" this afternoon & I got caught in it twice.  Rob, who had been at home working on a van, also got caught in it however resumed working once it had finally stopped.  Lots of Rain !!! but of course as it is the Victoria Day Holiday weekend coming up, right? 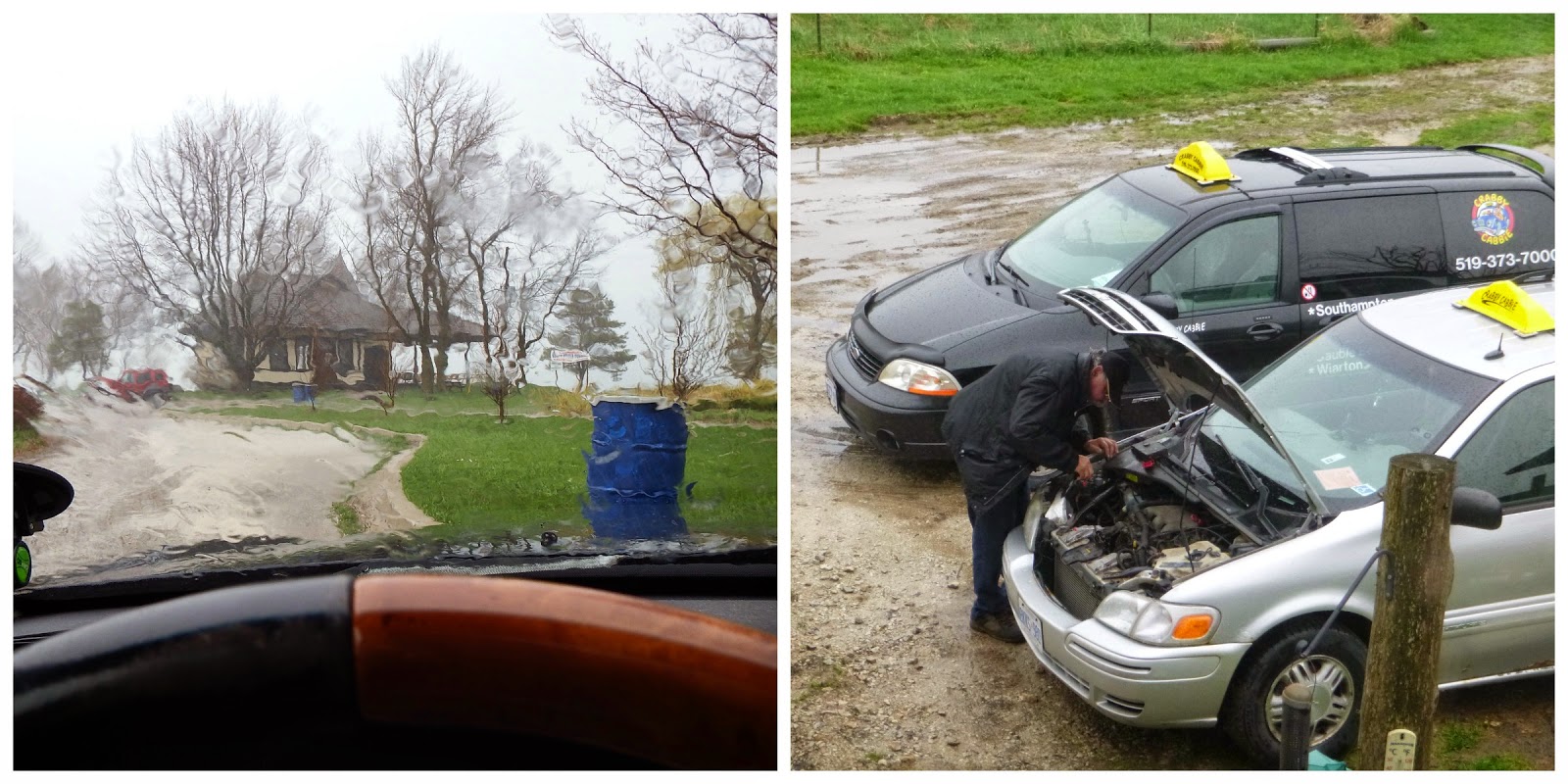 I had forgotten all about the 2 - 3 legged Tea Cups I had picked up the other day.  They are the demi tea cups, not the full size, and both are fine porcelain.  Very dainty indeed. 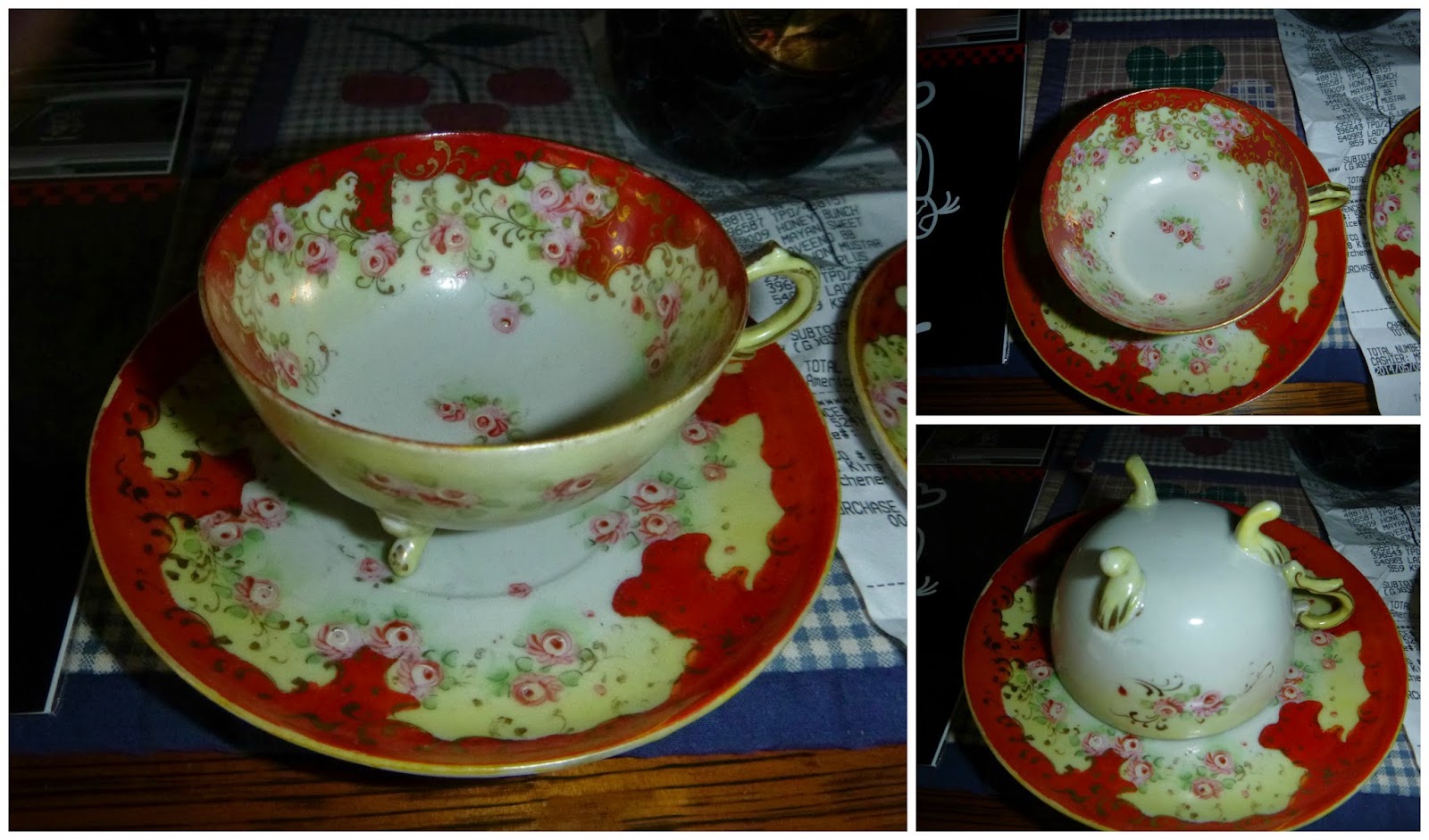 I didn't get home until late this afternoon, and by that time was time for more feeding puppies and cleaning.  Around and around and around she goes.  Nothing else got done today other then making my bed and doing up some dishes.  *sigh*