It has been a very long day, especially since it began by waking up at 3 am.  The plan had been for Rob to do his usual morning run, then for us to take off down country to attend to a bit of business.

Of course I was busy with our Aussies first thing before the bed was made up or anything else.  As I have said before there had never been a day go by where I have not  been amused by one or another of our Aussies.

When I had emptied this bag of Dog Food I had obviously left some crumbs behind, do you think? 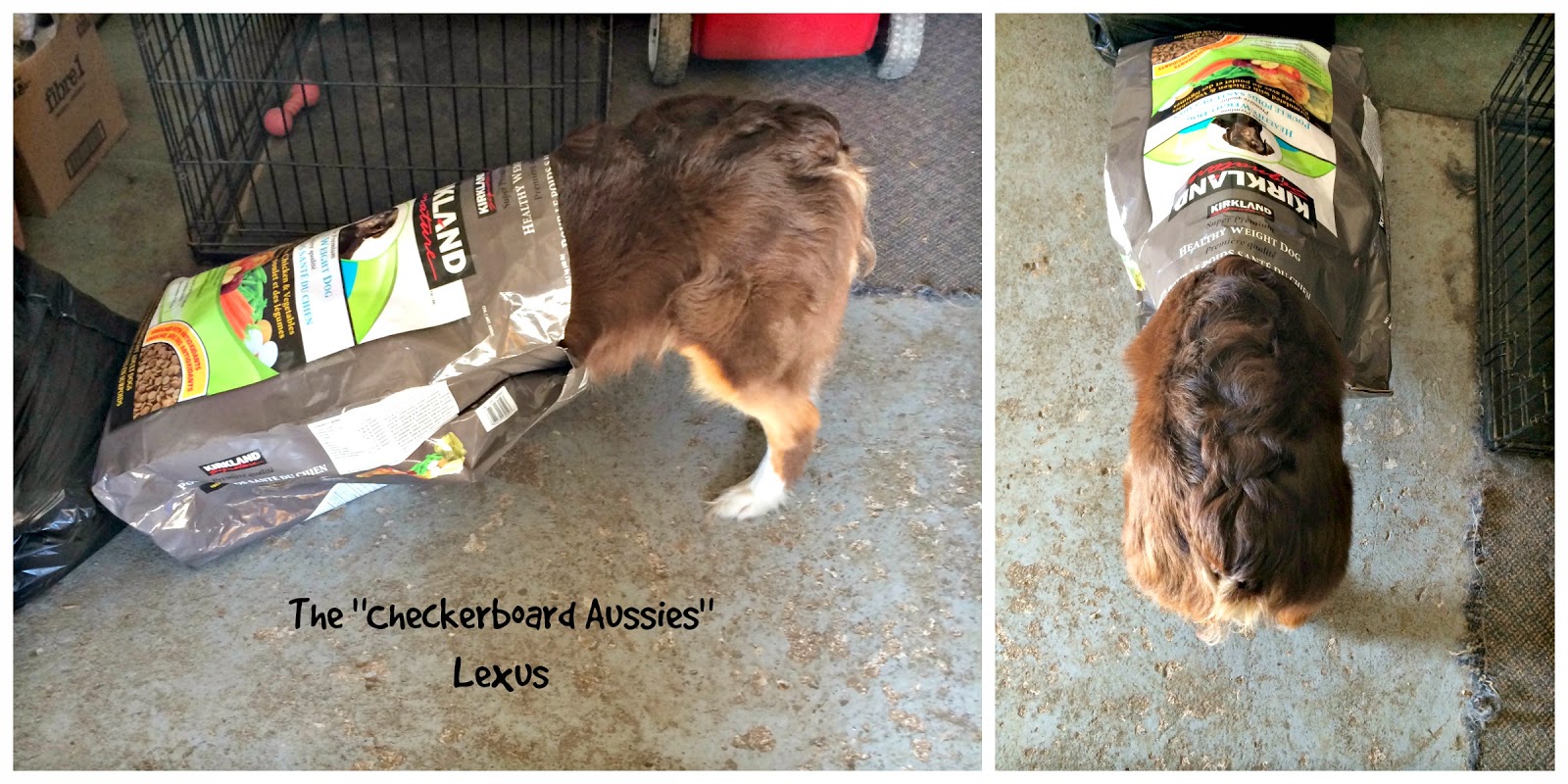 More then once a day I get a Octagonal "Fix" of cuteness.  Still available is 2 Red Tri Females & 1 Black Tri Male.  Cute as buttons they all are. 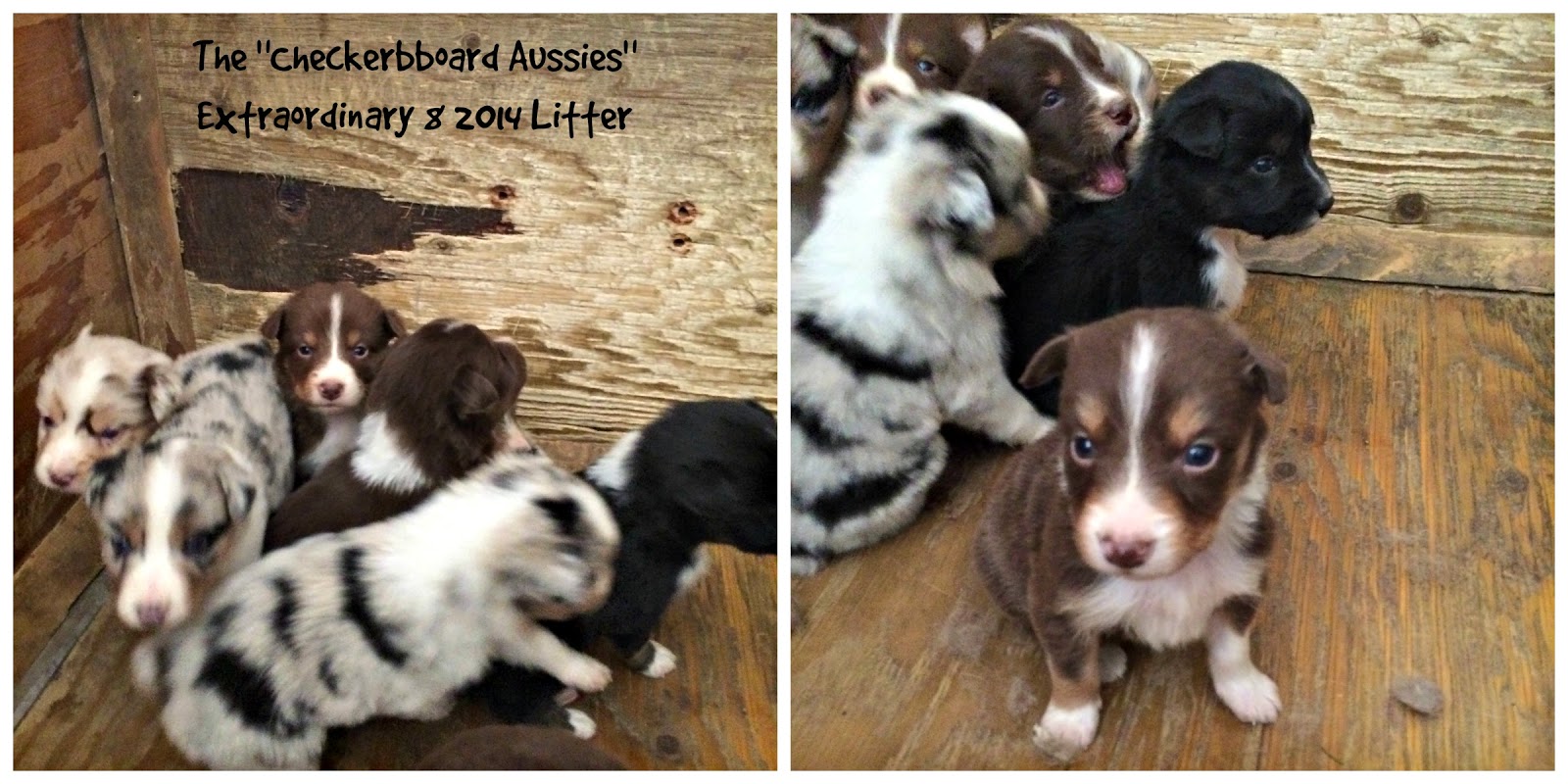 The business we were to head down country for once arrived home never got off the ground, as when he walked through the door once home, he could barely move, never mind walk, he was in so much pain.  Our plans were immediately changed without hesitation, and off to the Wiarton Hospital we headed.

Three hours later we were happy to see the Doctor in the Emergency Department, who determined Rob's should had a muscle that had knotted so bad it was having spasms.  The poor guy had pain shooting up through his neck and arms, barely being able to move and almost succumbing to tears.


Regardless of his pain waiting  to get into see the Doctor, Rob spotted a spider going across the floor, getting me to squish it.  I HATE spiders, and anyone who knows me well, knows this to be a true fact.  Me at the end of the day?  exhausted. 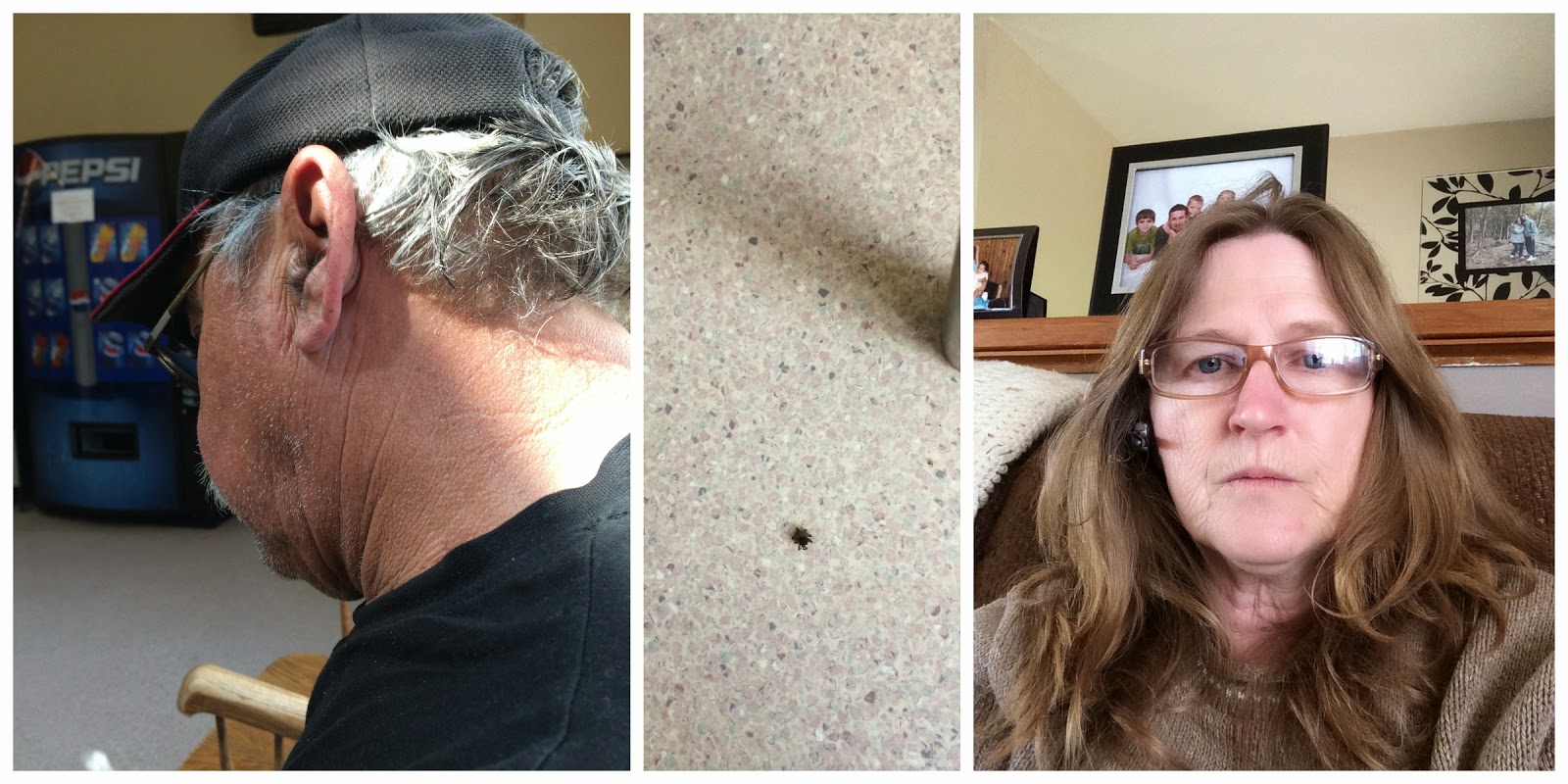 Once the Doctor had sent us off with prescriptions, I dropped my poor guy Rob off at home and headed back downtown to the pharmacy.  After an hour I made it back home to give Rob his meds, and let out all our most patient Aussies, return some phone calls and make a quick Dinner of Bacon, Eggs and Toast.

The meds have "kicked" in a bit for Rob.  He is looking much better then he had this morning.  I will be letting out all our Aussies, do up the Dinner dishes and call it a night, as tomorrow I have another busy day tomorrow, Just North of Wiarton & South of the Checkerboard.
Posted by Cindy@NorthofWiarton at 5/06/2014 07:02:00 pm