It was another busy day here as soon as I awoke.  Time to play "catch-up" after loosing all of last week, as the bed needed stripped and laundry needed doing.  Three loads to be exact.

My electric blanket was washed, line dried and put away until next Year now.

Once all the Aussies were looked after, and the laundry started,  I posted in the Facebook "Dropping Weight Sensibly" group to see if there had been anyone looking to go for a walk  this morning.  One of the ladies, who is also in Cindy's Recipe Exchange had responded.   We went for a great 1 hour walk.  It had been a little humid, however still there had been a nice breeze.  Thanks Lynda !!!

After the walk I had to drop around to Gateway Haven to sign some papers, make one business stop elsewhere, then headed it on home to hang another load of laundry out.

I was thrilled today as the Oriole has been a regular visitor on our deck the last couple of days, and today I captured him .... 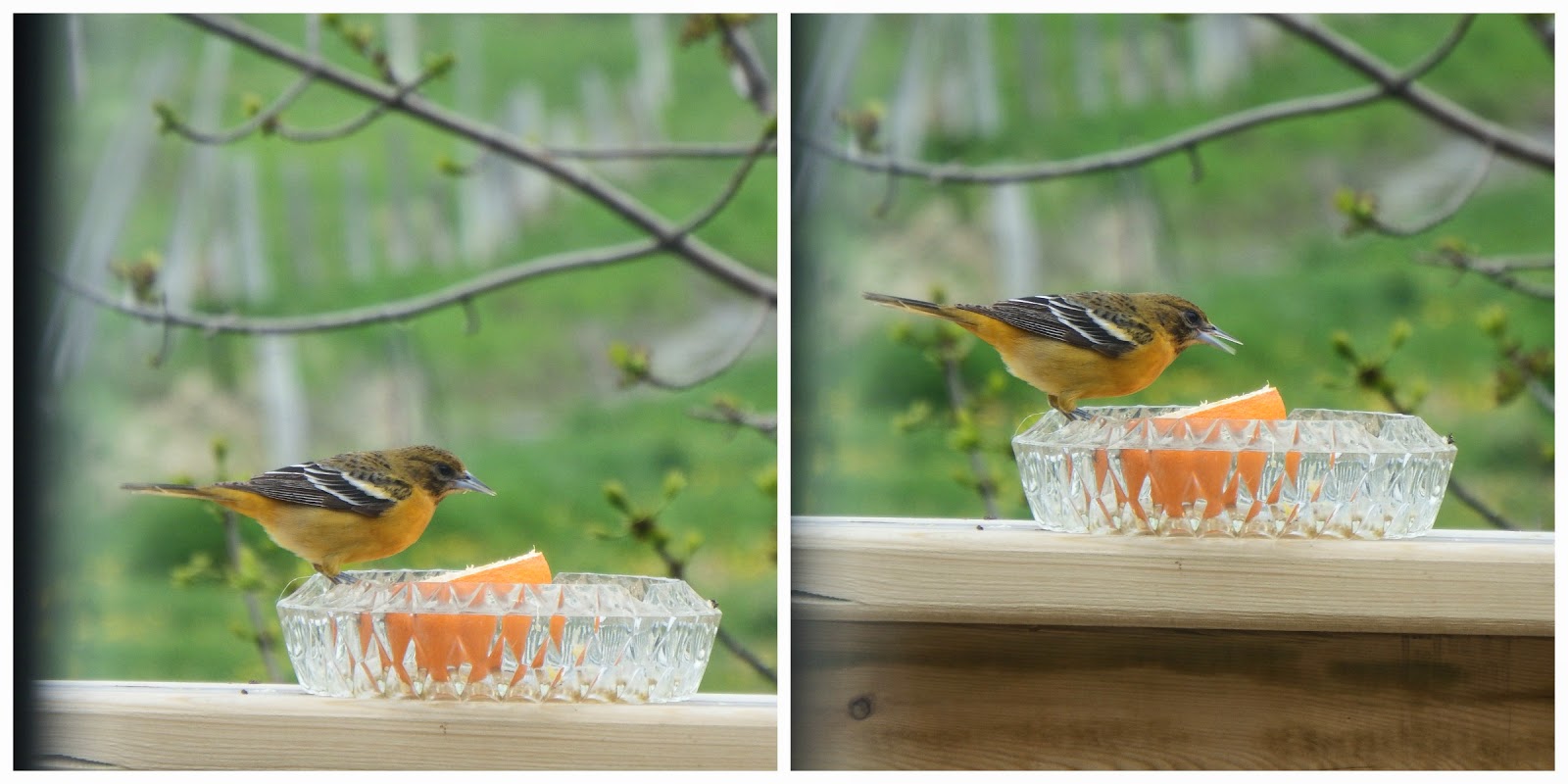 The Canadian Geese were up in our field behind the house later today.  They are striking against the greens and yellows of the hay field, are they not? 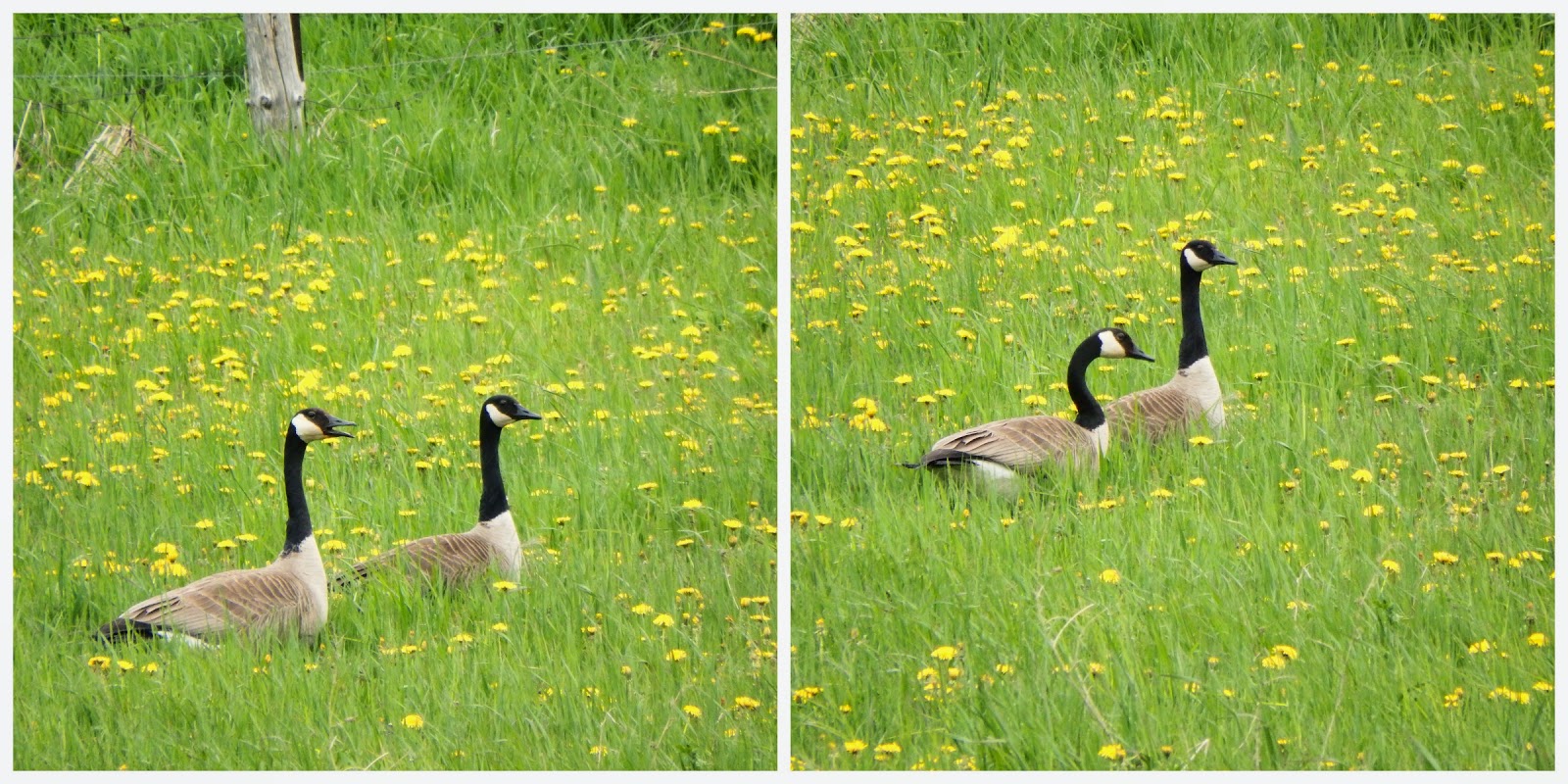 Love them & NOT are these Swallow nests that are made directly out our bedroom window Year after Year.  However I am impressed on the structure of their nests. 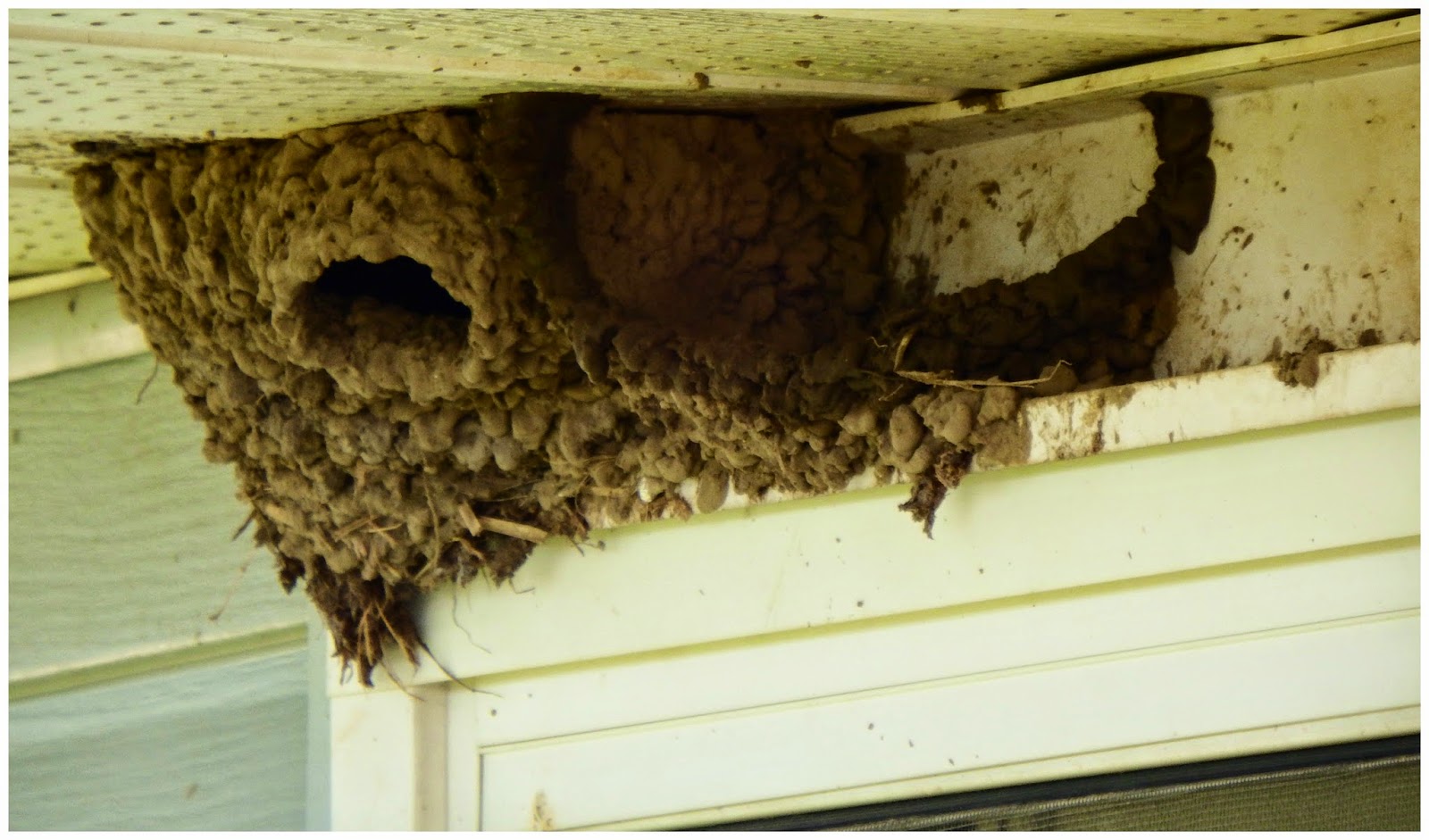 My poor Rob has was called out at 6 pm to head out to London, which is a good three hour drive from where he was picking the fellow up from.  Poor guy is not over being sick yet and travelling such a distance.  I hope he can put his head back and rest while he is waiting for the guy to bring him back home.   Good thing he has most of his day covered for him tomorrow that maybe he can get a bit of rest to catch up himself.

I have the bed all made up fresh, and hope to get some cleaning done tomorrow, as there is much in that area that needs doing.  Best get it done in the next couple of days as Thursday morning I will be heading down the road with 8 puppies to get their first set of shots at the Vets.

Speaking of puppies it is about time to get them all put in for the night.  I am off to do my Aussie duties for the last time this day, Just North of Wiarton & South of the Checkerboard.