My dear Rob never arrived home until after 3 am this morning.  How do I know this? because he told me as it was one of the rare times I never woke up when he came in.  Bonus for me (must have been that big walk yesterday).

I left Rob in bed and did an errand this morning, hoping he would be more rested by the time I got back.  He didn't seem to overly rested, however I took advantage of his being home to see about getting a couple of things done over in Owen Sound.

We despartely are in need of more new windows, having to date replaced the front door entrance way, the back patio doors, and the bathroom window.  I made a couple of phone calls to price out replacing our bedroom and kitchen windows.

Van Dolder's in Owen Sound had been the cheapest.  We had also been told they had windows in the back that never made it out the front door, and there might be something in there that might suit us.  Off to Owen Sound we headed.

Rob still had some Pennies for VON saved up from last year, that we also wanted to drop off to the VON offices in Owen Sound as well.  This was our first stop.


Angela Campbell was thrilled to received the Pennies & bit of silver The "Crabby Cabbie had collected for the VON cause.  She will be calling us with a total once they have been tallied up.  Next stop was Van Dolders where we lucked in and found a window that will work in our kitchen for $150.00 Cash, saving us 1/2 of what it would have been had we ordered one.  Last stop was at the Garden Centre where I picked up a few plants for the deck planters I want to do up. 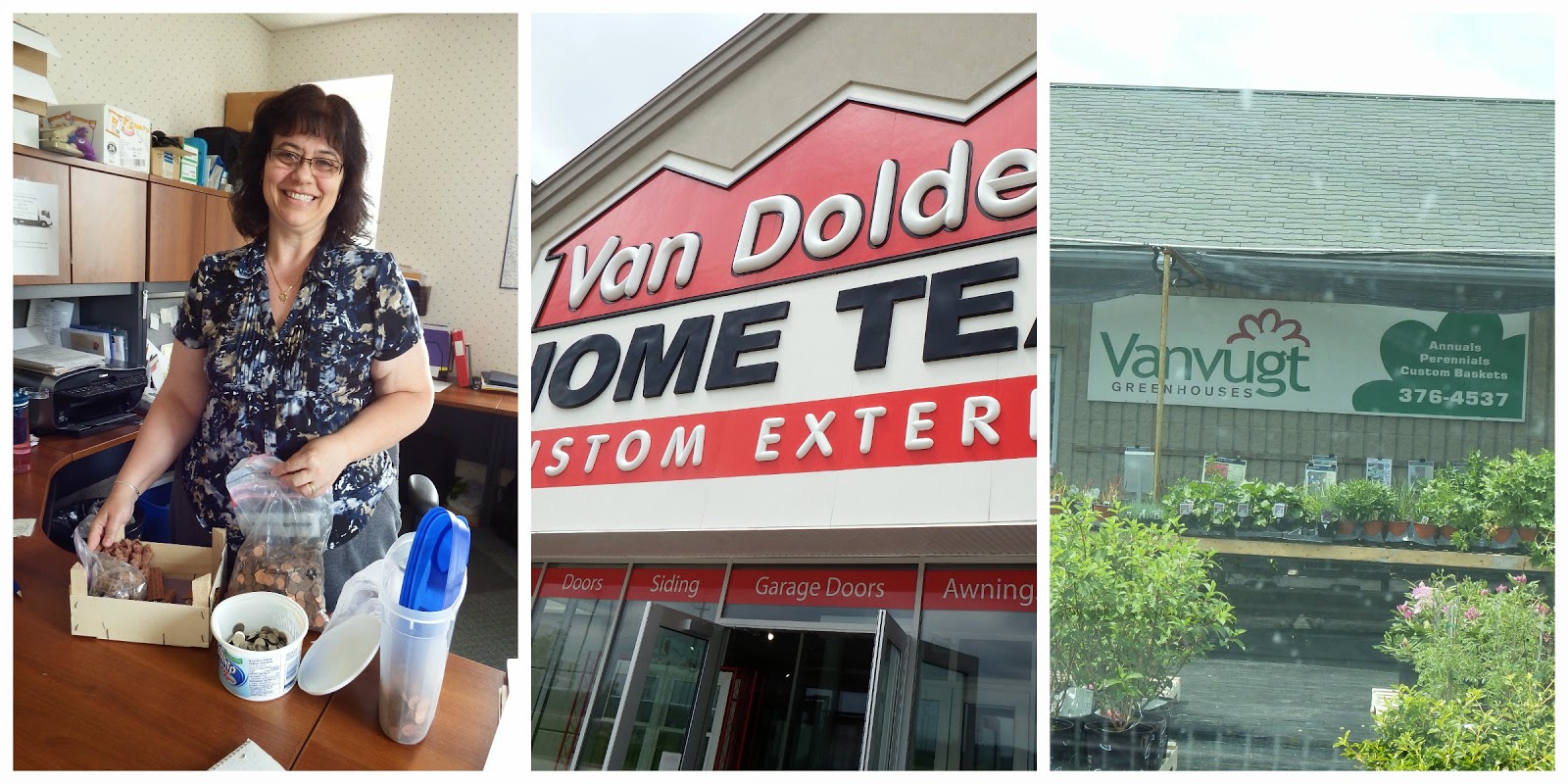 Finally another almost dent in something getting down in the way of another window replaced.  I suppose I will have to bite the bullet and order in the bedroom window at regular price.  Next off my hit list is our eaves troughs.  A call has been put into the installer, who we are waiting to hear back from when he will be able to come.  The first guy who quoted us has never answered the 4 messages I have already left (is that anyway to do business would someone please tell me?)

I have barely bought anything in the way of annuals, and what little I have bought as already came to a grand total of $100.00 !!!  I am shocked as truly I hardly have gotten anything.  Hopefully I can get what I got planted by tomorrow and post some photos.

By the time Rob & I returned this afternoon, he had to go back to do a fare, while I had another errand to the North.  Finally I got back and downtown for a good 1 hour walk with my neighbour.  I sure did not feel like going, however I pushed myself to.  Lexus sure enjoyed the walk.

I barely can go out into the outside kennel run without being attacked any more.


Yes the ankle biters sure are growing, and ankle bite they sure do, but each and every one is a sweet as a button. 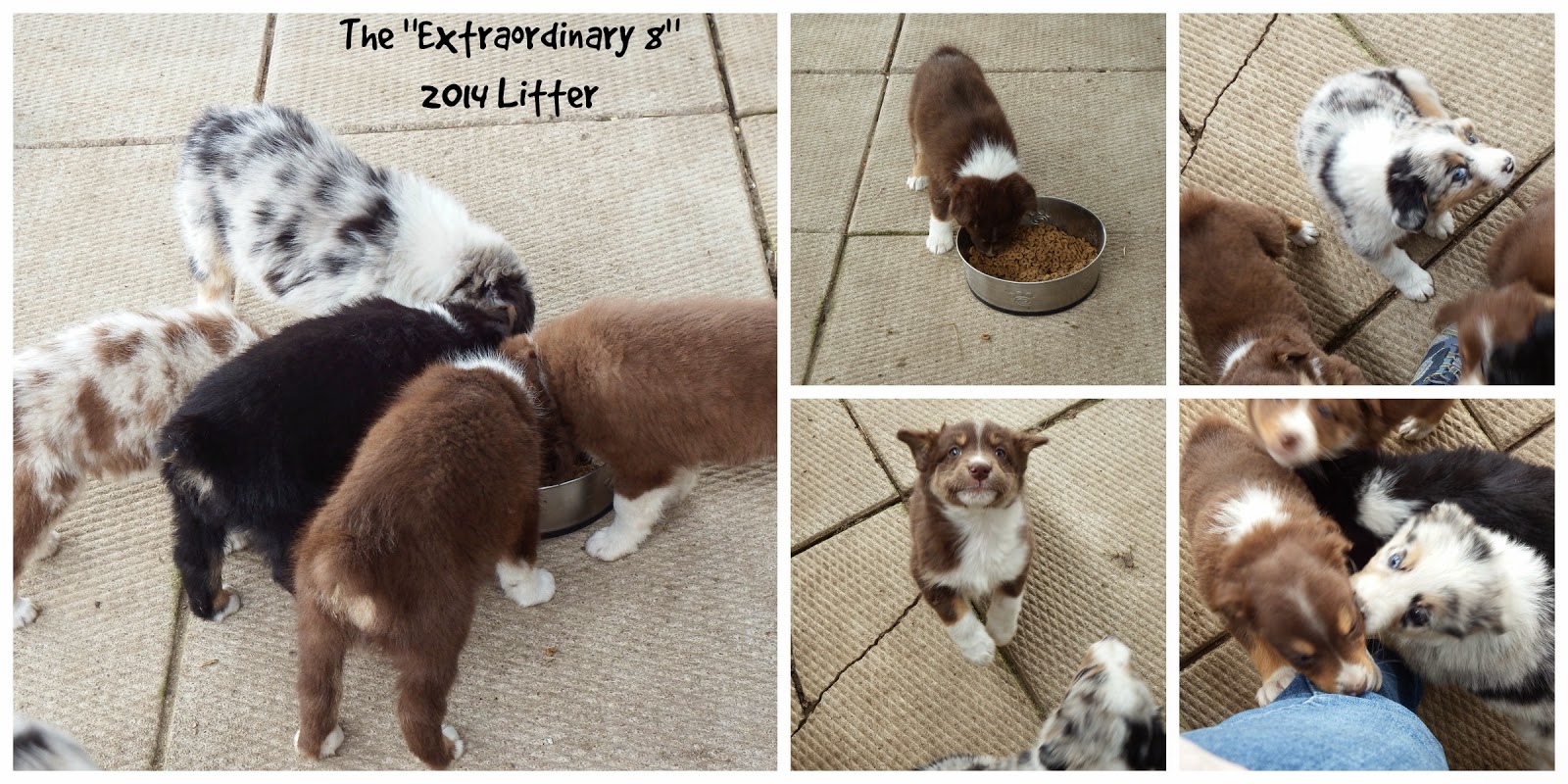 Dinner was easy with some leftovers.  Rob is out cutting the back forty, while I finish up here.  I suppose I will head out to the kitchen, after I first finish my cuppa tea, to get the dishes done up, Just North of Wiarton & South of the Checkerboard.
Posted by Cindy@NorthofWiarton at 5/27/2014 07:11:00 pm