As soon as my feet hit the floor I was running this morning.  Today was the Pot Luck Luncheon for Cindy's Recipe Exchange members who signed on to get together today down at the Church Hall in Hepworth.

I had to get busy once I had first let out all the Aussies and tended to the puppies first.

I had to get going on making my Cheesy Black Bean Salsa Dip, then peel and assemble 2 dozen Devilled Eggs.  The Dip when pretty easy, then came the eggs which ended up being a disaster as the yolks had been circled in black, and I wasn't making them into anything that I would want to take anywhere.  I put on another dozen eggs to boil.  By this time it had been after 9 am, and I had to be down at the Church in Hepworth (20 min. drive) at 10:45 to meet the lady who was opening up for us.


I pulled it off getting them done and plated, then got my hair brushed, some lipstick on and a change of top before loading them into the Van.  Rob had everything else loaded already for me.  We had made it to the Hall 2 minutes later then anticipated. 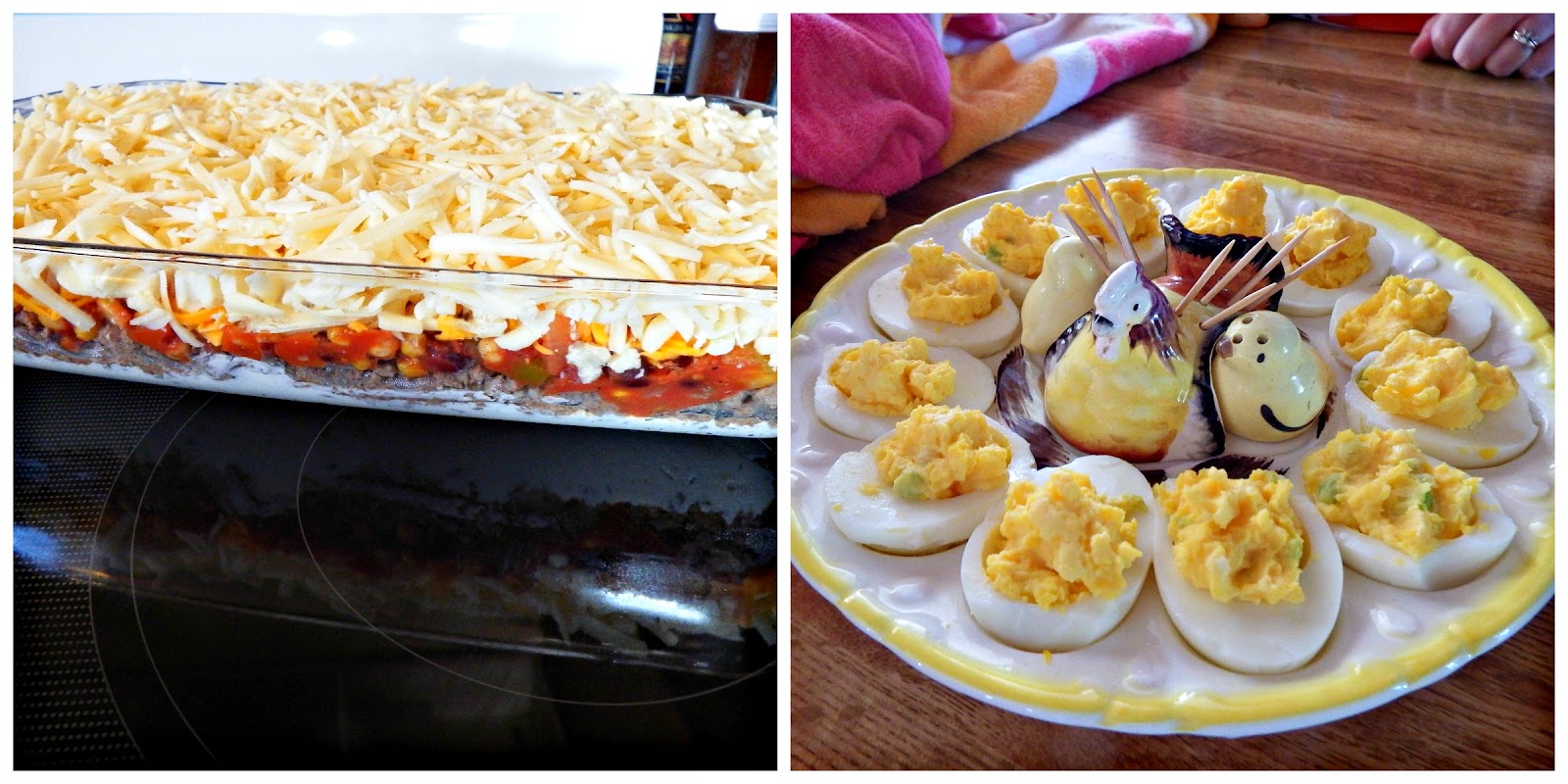 Regardless of the more then 1/2 persons who had "signed up" for the Pot Luck not showing up, we still had 17 people and it had been a great time with an amazing selection. 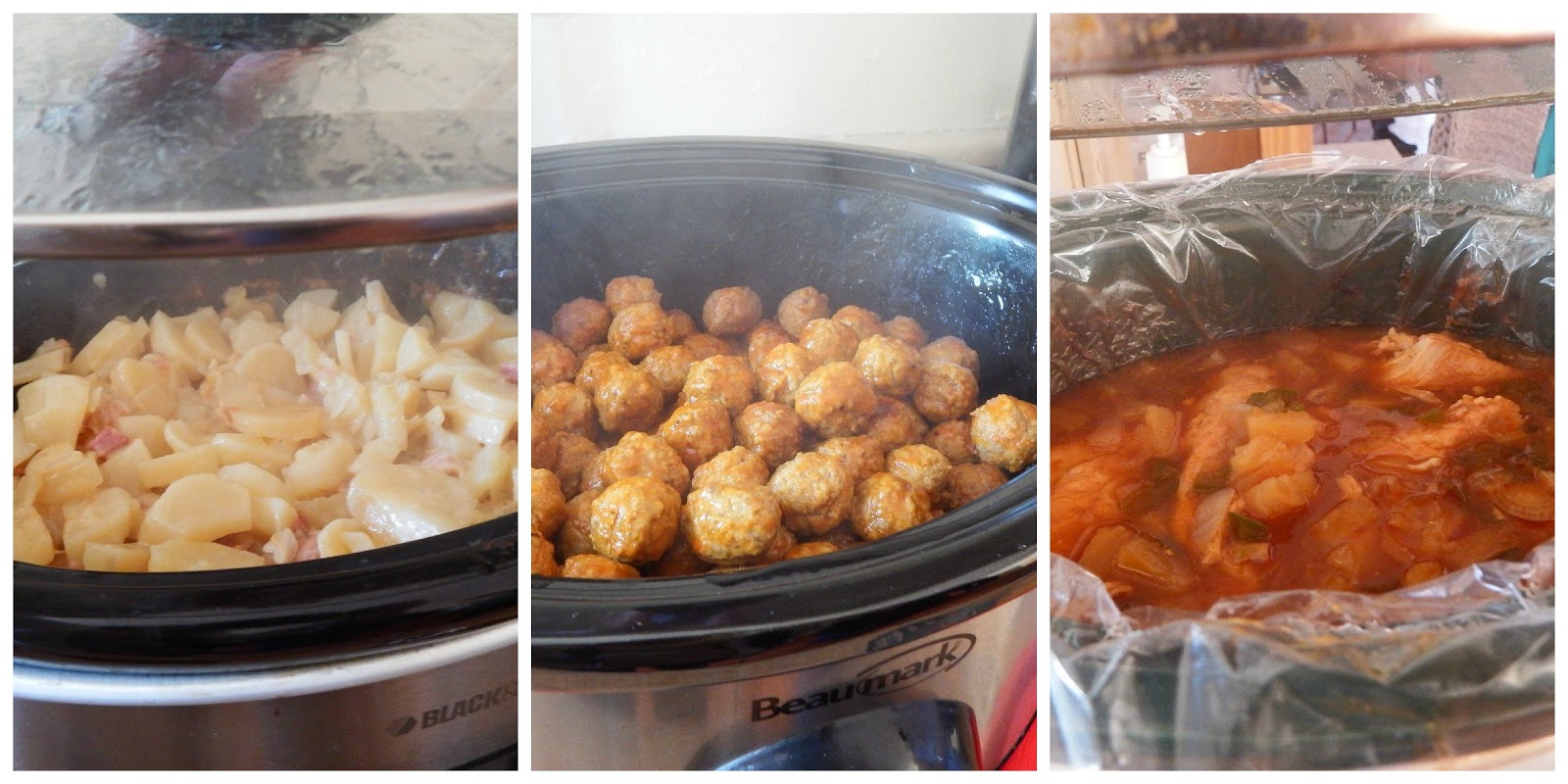 Salads, dips and goodies galore ... never mind what a nice hall it is with a huge kitchen for many to move around and prep in ! 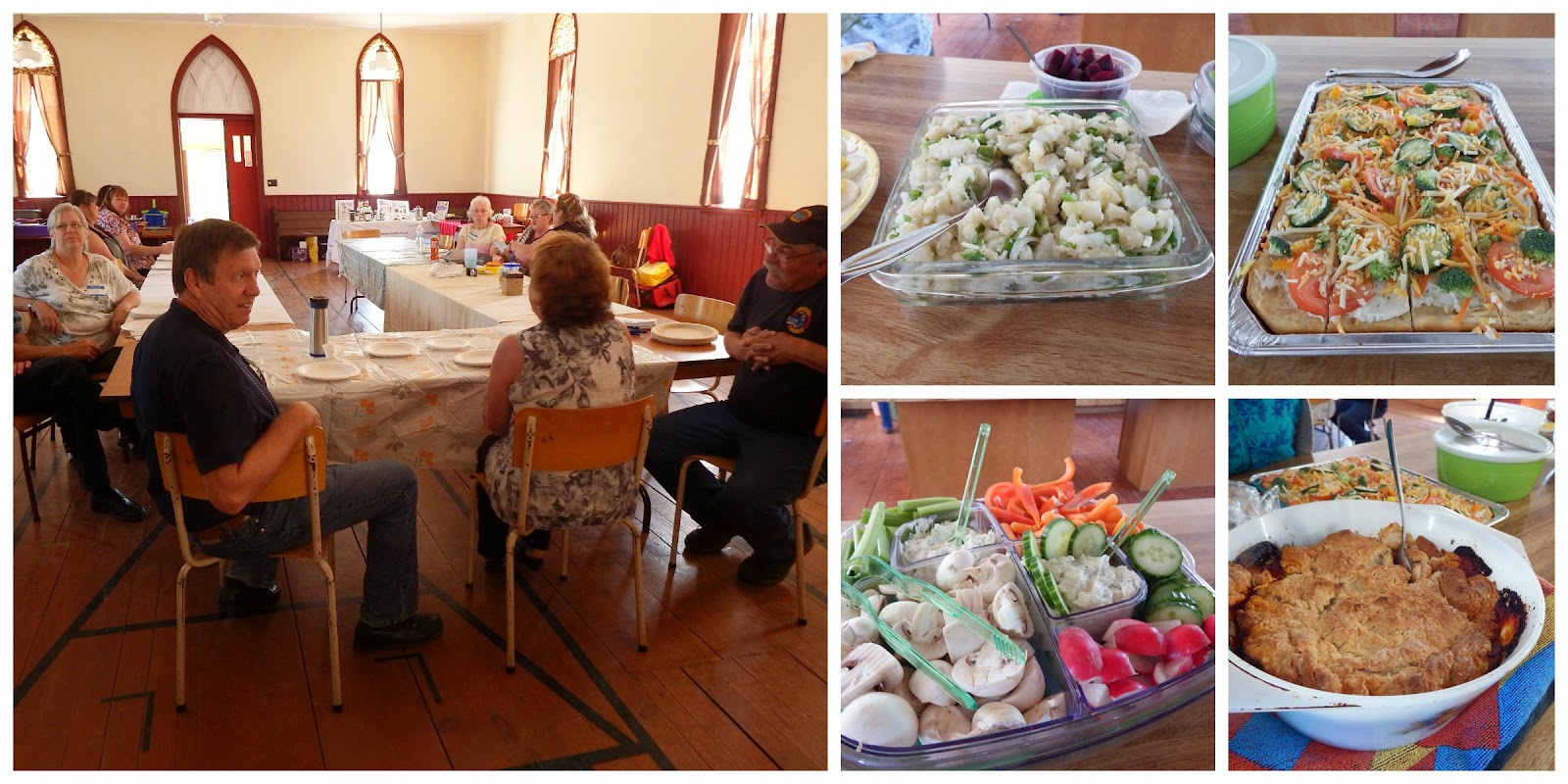 There had not been enough people in attendance to cover the $50.00 donation for the Hall at $2.00 per person, but everyone was fantastic about chipping in a bit more each so I hadn't had to pay more out of pocket myself.  Very kind of everyone else to do so, and I surely appreciated the gesture.

Everyone there was "open" to having an Annual Pot Luck Luncheon for Cindy's Recipe Exchange, but I will put it out there to see if anyone would care to have one this Fall again.

Once Rob and I had gotten home, I had to wash up the mess I had left behind when running out the door, and look after all our Aussies.  I think after 3:30 pm I might have sat down and drifted off for about 1/2 hour or so.

Although I was still breaking out in a cold sweat this morning, I am still feeling much better although not yet 100% (my taste buds are still "off").  Rob is not doing too well at all, and I am thinking he should stay home in bed tomorrow to get a better handle on how he is feeling.

I am going to be taking care of some puppies and Aussie very shortly here then calling it a night, Just North of Wiarton & South of the Checkerboard.