The Sunrise I was blessed to view this morning.  I will call this "Raspberries & Cream". 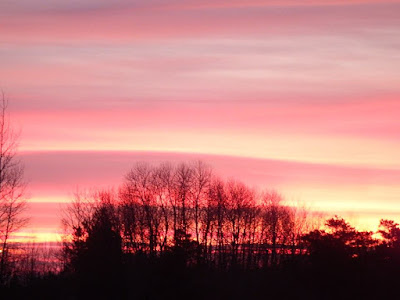 Yesterday our son, Paul, arrived for a short visit with his youngest son, Connor.  We had a nice visit and some lunch before they had to head back home.  On their way out my Cousin Peggy pulled in, so we took in a Christmas Bazaar at the Wiarton Legion, then had a cuppa tea at Luscious Bakery & Deli.  It was a full day which continued on into the evening as it had been the Wiarton Santa Claus Parade last night.

Rob helped me get the Santa Candy downtown, and my friend, Wenda, was on the committee with me, along with friend, Paul Deacon. 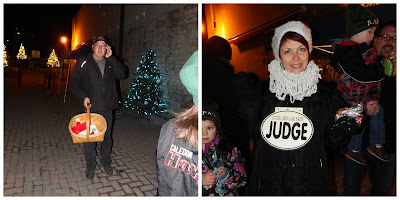 Santa had been a busy guy last night, even posing with Wiarton Willie who had made an appearance from his burrow. 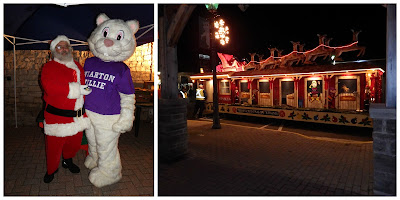 
.... our sweet not so innocent or sweet, Portia.  Good thing she is "cute" as that has saved her many times. 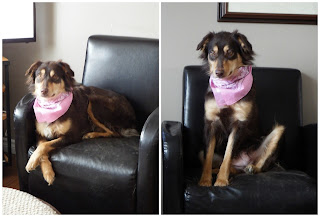