Today I got not much done but lots of running around.  Here it is 4:14 pm with us arriving back home less then a half hour ago.

Why was I running around all day, or so it seemed? because first of all we needed to drive down to the Saugeen Gas Bar in Southampton to fill up two of our vehicles.

We got there at 9:30 am to find it closed as there had been a propane leak in their heating system, and the repairman had just arrived.  We drove all the way back home, with me first stopping downtown at Rankin River Trading Post where I scored 75% off Easter Treats for the grandkids.  You can not imagine what I purchased for $30.00 !

We headed back down to the Saugeen Gas Bar about 11:30 am when they had re-opened.

After we gassed up we dropped off one vehicle in Hepworth and headed on over to the Owen Sound Sears, as we wanted to decide what mattress we wanted to replace the defective Temper-pedic we had purchased 6 months ago.

As soon as we arrived in Owen Sound Rob went to get himself a much needed haircut.


I hope this guy is still at the First Choice Haircutters before the Wedding, as he did a wonderful job on cutting Rob's hair.  Best cut ever ! 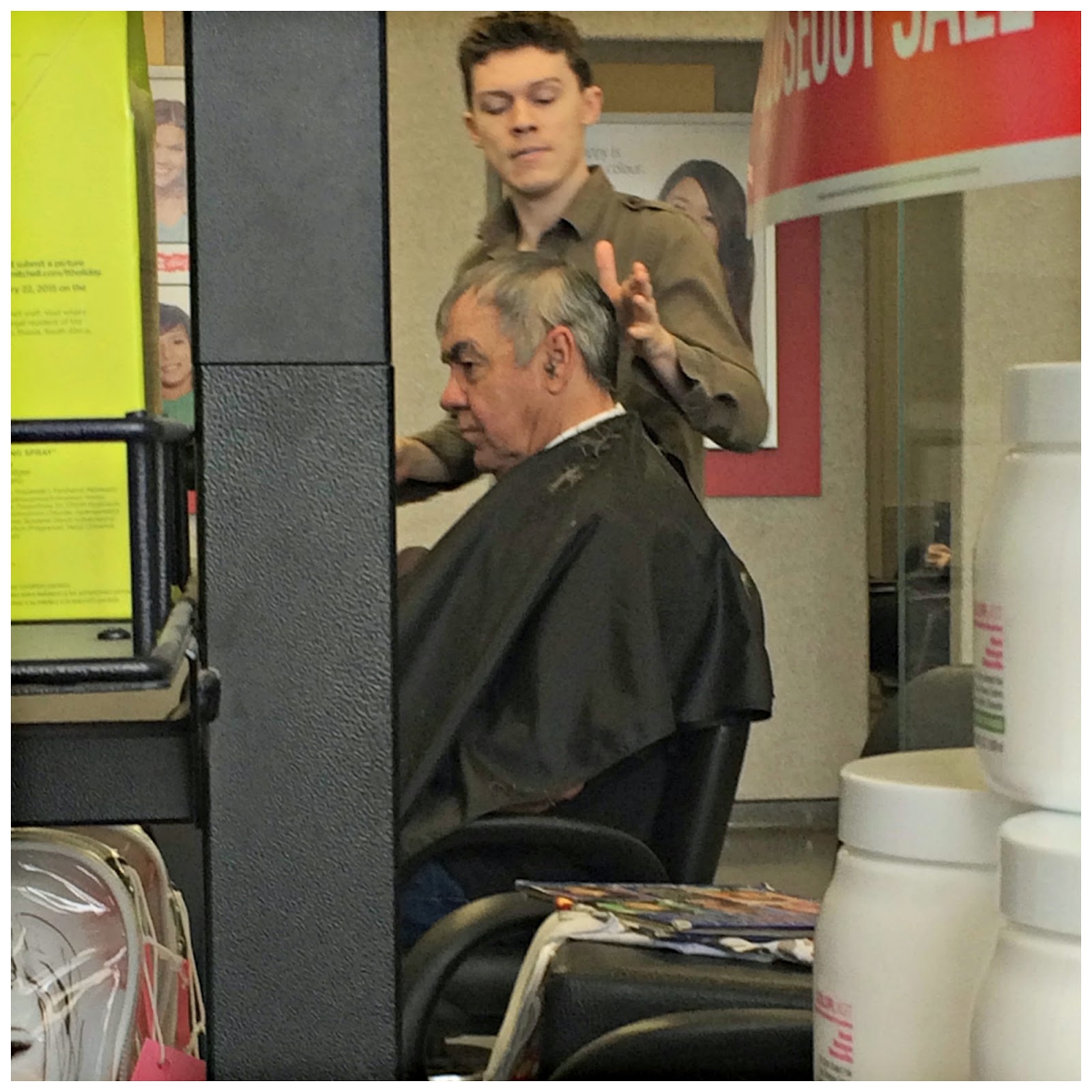 Then it was off to Sears ... after trying out several mattresses we decided on the first mattress we had chosen a couple of weeks ago, when there had been less selection at that time.  We choose one of their top of the line mattresses, that being the Kingsdown Ashcroft Mattress Set, staying away from the firm, and choosing the Plush.  Details on our pick can be found HERE.

The Sears sales lady also told us this Thursday the set will be on their 3 Day Event Sale, dropping the price by $150.00.  I had also looked at the Dyson Vacuum Cleaners, as I have been wanting one for some years now ... but they are so expensive !  She told us the one for $699.0, which was the one less newer model then the newest that had came out not long ago, was going to be on sale also for the 3 Day Event Sale for $499.00.

With the difference between the mattress we choose today, and the one we had purchased, we will be getting a CREDIT that will cover the price of the Dyson Vacuum cleaner, with some leftover still (if my estimated calculations are right).

I have my fingers crossed this new mattress does the trick, as it will be a count of 3 sets moved out since we started the mattress adventure !  Geesh if it doesn't I am putting Rob out in the RV to figure it out by himself.  Seriously though with the Temper-Pedic mattress I would roll over and there would be a huge hill in the middle of the bed, and Rob felt his side was always lumpy, so anything has to be an improvement over that I am thinking.

Once we were done in Sears we headed into Food Basics as I needed to stock up on some munchies. 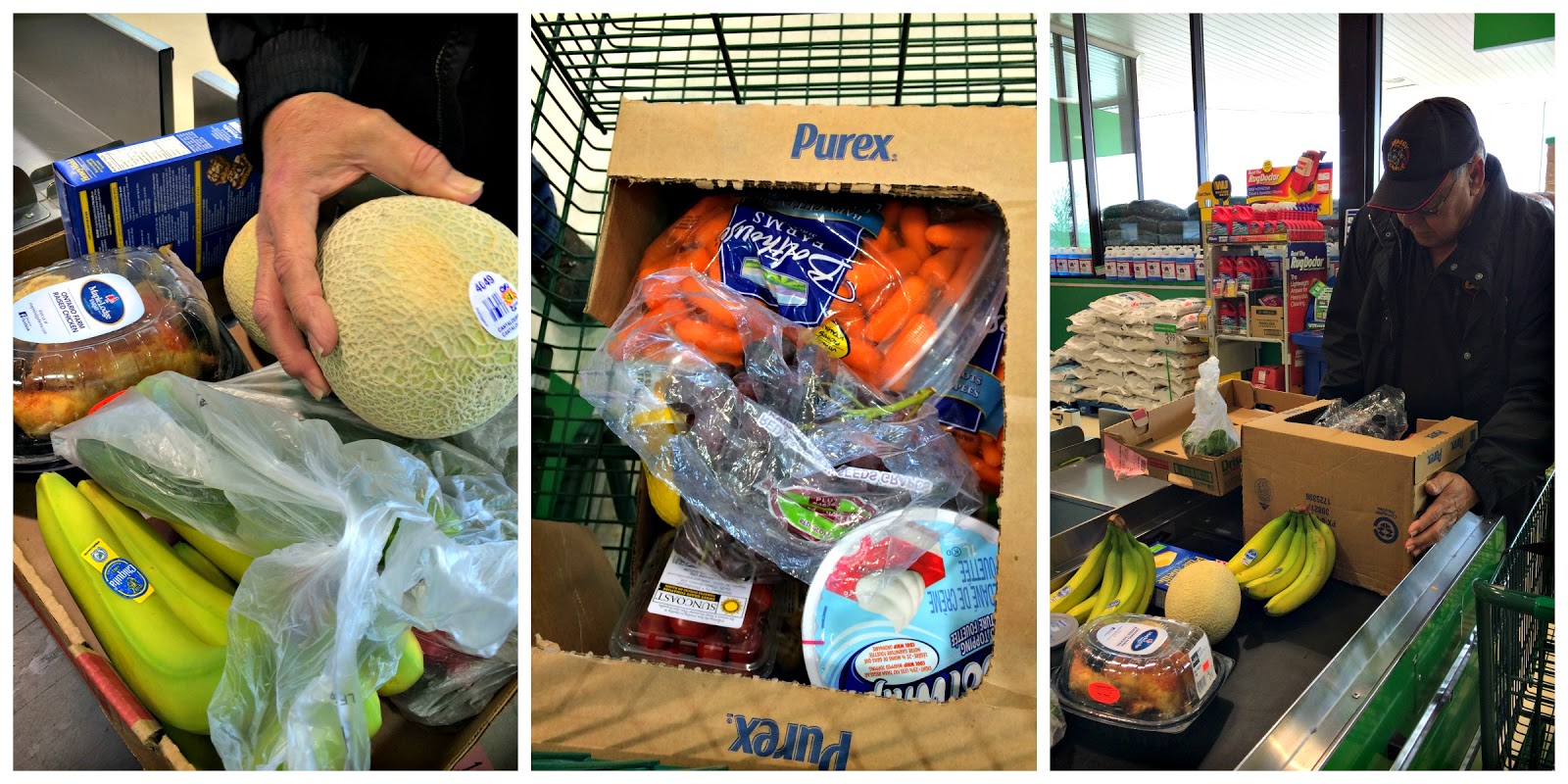 After we did arrive home Rob headed down to the Gas Bar once again to get the third vehicle filled up while I was on Aussie duty and putting groceries away.

Dinner this evening was a fresh salad and Deli Rotisserie Chicken.  I am stuffed !

Tomorrow we both each have another busy day ahead of us, but for this evening it will be an early evening with first watching The "Voice", Just North of Wiarton & South of the Checkerboard.
Posted by Cindy@NorthofWiarton at 4/06/2015 05:57:00 pm